From £18,2458
Share review
Second-generation Peugeot 2008 is a classy contender in an at times derivative segment. We put the predicted best-seller to the test on UK roads
Share
Open gallery
Close

They say that good things come in small packages. They also say that too much of a good thing can, well, sort of be a bad thing. I’ll go out on a limb and connect a few dots here, but does that mean that a large collection of small packages might be something we should be mildly concerned about?

“They” (whoever that might be) doesn’t seem to have any pearls of wisdom to offer on the subject, which is probably a good thing if you’re in the compact SUV-making game. And these days, who isn’t? There are now so many that it seems like we’re writing about a new one each week.

Which brings me to the new second-generation Peugeot 2008. It’s a car we’ve driven before out in France and rather liked, but now that it's landed in the UK we’ve got our first opportunity to see how it fares on our own, often not entirely smooth roads.

You’ll likely know most of the headline stats by now. It’s a bit bigger than before (some 15cm longer); is built on the same CMP architecture that underpins the likes of the new DS 3 Crossback and Vauxhall Corsa; and is available with a choice of internal combustion and pure electric powertrains. That last bit is all part of Peugeot’s new ‘choose your car, then choose your powertrain’ philosophy, which seems to me like a rather sensible way of warming customers up to the idea of adopting electrified vehicles. For what it’s worth, Peugeot reckons some 15% of the 2008s it sells in the UK will be the all-electric e-2008 model.

The remaining 85%, then, will be powered by petrol or diesel engines, with the former accounting for the lion’s share. And of those cars, it’s this particular 2008 is expected to be the best-seller. It’s the second-to-top GT Line model, equipped with a 129bhp three-pot motor that drives the front wheels via a six-speed manual ‘box. It’ll set you back £26,100, which is in the same ballpark as a similarly well-specced, 148bhp Volkswagen T-Roc SEL, but quite a bit more than a top-flight Nissan Juke - both of which fall into the ever-expanding B-SUV segment. 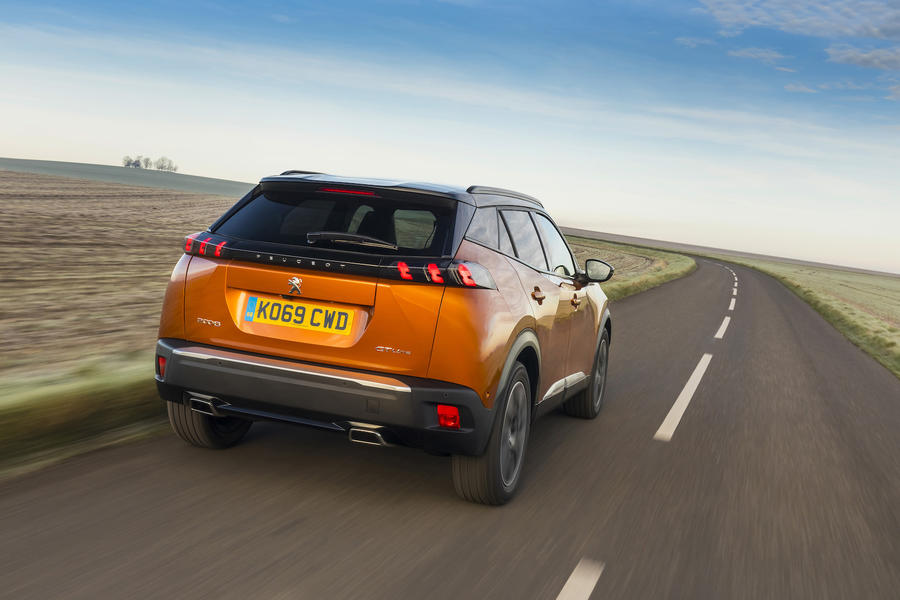 While I’d stop just short of calling its handling enthusiastic, the 2008 nonetheless changes direction with a likeable amount of energy. Its steering is predictable in the way it responds, weighting up in a natural fashion as you add on lock and pitch the car into bends. Grip is fine provided you aren’t a brute, and body control ok - though it stands that this isn’t a car that screams out to be driven hard and fast.

At everyday speeds, there is perhaps a slight edge to its ride, but for the most part it deals with Britain’s roads with reasonable confidence. It can feel a bit brittle and lively over particularly cratered surfaces, but such is to be expected from a tall-sided compact SUV with a torsion beam rear suspension. On the motorway, there’s more than enough pliancy for comfortable progress to be made, and you’re reasonably well insulated against tyre roar and wind noise. In any case, for rolling refinement the 2008 is leagues ahead of its DS 3 Crossback platform-mate, which seems intent on banging and slapping its way across every surface imperfection its baggy-feeling chassis seems to encounter.

Meanwhile, the 1.2-litre three-pot is a willing work horse whose 170lb ft endows the 2008 with enough muscle so as to make it a very, very easy car to drive. It’s also a very quiet one - even as you approach the limiter on a wide open throttle the most you can hear is a distant buzzing coming from the engine bay. The clutch is weighted nicely and the manual gearbox is accurate, if a little long in the throw; but the brakes can be a bit too grabby at the top of the pedal’s travel.

I think it looks great, too. You’ve got to respect Peugeot for having a proper go at making the 2008 standout in a market that’s largely populated by cars that often tend to look the same. And even if you’re not a fan of its smiling grille or fang-like running lights, you have to admit it’s a marked improvement over the rather bulbous, awkward looking first-generation model.

The same is true of the cabin. In fact, in terms of pure style appeal I’d go as far as to say that the 2008’s interior is the best on the market. Sure, all the glossy black panelling might attract a few grubby fingerprints; but together with the contrasting green stitching, tasteful ambient lighting, and heavily sculpted dash architecture, it all ties together to create an environment that looks and feels not just convincingly, but pleasingly modern.

That said, the driving position proffered by the latest evolution of Peugeot’s i-Cockpit might not be to everyone’s tastes. The steering wheel is really small, and you almost need to have it sat in your lap if you don’t want the top of the rim to obscure the new smart-looking 3D-effect digital instrument binnacle - which can feel a bit weird.

Nevertheless, its ergonomics are otherwise pretty sound, and passenger space is reasonable if not quite outstanding. I think you’d be able to fit four adults in the 2008 without trying too hard, and I doubt those sat in the back would feel as though they’d drawn any short straws - provided you don’t then immediately cart them from London to Edinburgh. The boot, meanwhile, has 360-litres of luggage capacity with the rear seats in place, which is a bit more than you’d get in a really good supermini but not quite as much as the 445 litres of space you’d find in the Volkswagen T-Roc. 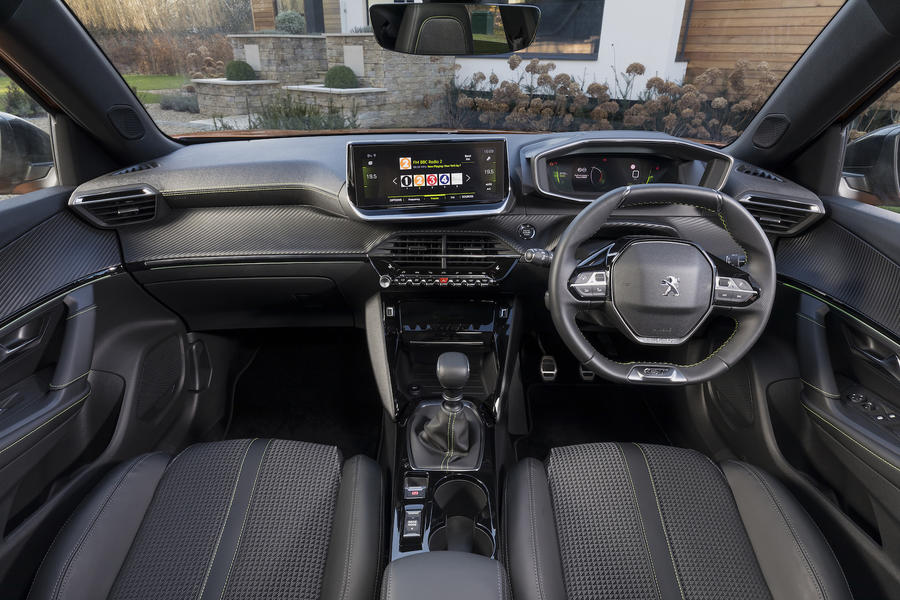 I’d probably still go for a regular hatchback, but in the context of its classmates there’s enough to like about the 2008 to recommend one to anyone who actually wants to buy a compact SUV.

It drives well enough, has an impressively refined engine and is generally very easy to get along with thanks to good control weights and a (mostly) comfortable driving position. Its 3D-effect dials are a cool USP too, even if the rest of its infotainment software isn’t quite on the same level for slickness of response as what you’d get in some of its German rivals.

All of this doesn’t quite forgive the fact that the compact SUV class as a whole is still among the hardest to get properly excited about. But in terms of the way it combines good looks, ease of use, and general likeability, the 2008 is really pretty good. Miles better than a DS 3 Crossback, in any case. 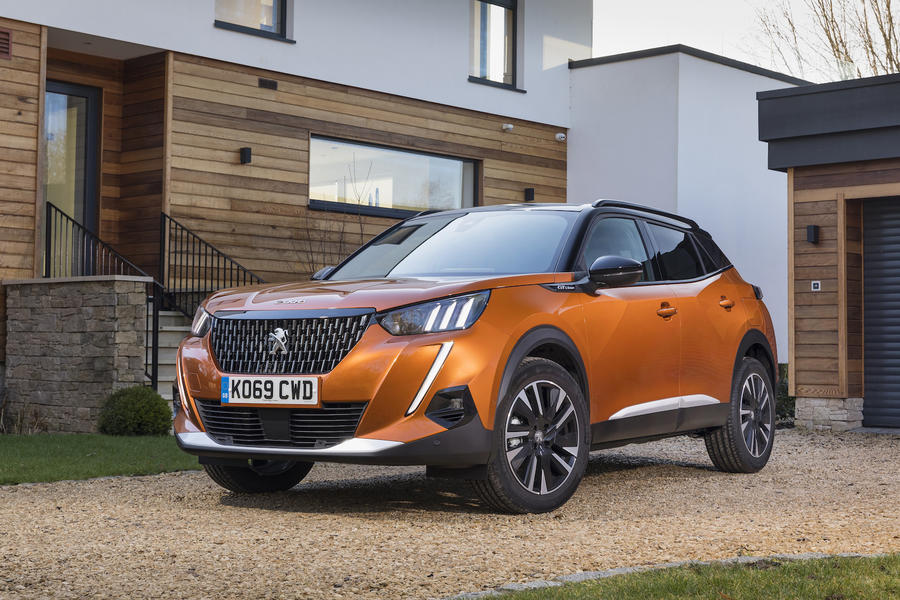 Really? The ergonomics don't look great to me. The polarising i-cockpit driving position, climate controls buried in the touch screen, not even a volume knob on the screen, a handbrake button next to your passenger's leg and the steering wheel isn't even round. Ok, not everyone will be bothered by these points, but other manufacturers manage to avoid all these issues and still produce appealing cars. This feels like its trying to hard, whereas the larger 3008 seemed to wear Peugeots new design language much better even if it still had some of the same ergonomic foibles.

You see what I did there!

Isn't the T-Cross more of a

Isn't the T-Cross more of a competitor for this, rather than the T-Roc?

Isn't the T-Cross more of a competitor for this, rather than the T-Roc?

Exactly what I thought, but the pricing structures these days means there is a lot of crossover* of segments.