7
This 50th Anniversary Edition is the final Plus 8, and it represents a bygone era, not only in how it looks but also in how it drives. And therein lies its charm
Open gallery
Close

Perhaps the biggest problem today for the motoring hack facing a clump of empty pages armed with nothing more than a new car to review is that such machines are now usually irritatingly complete, rarely terminally flawed and as a result almost always poor objects at which to aim your trenchant criticism.

So how refreshing it is to review a new car that's manifestly flawed in most regards and properly deficient in one or two. But then again, the Morgan Plus 8 is not new at all.

This year marks its half-century and, to celebrate, Morgan is going to kill it stone dead. But not before it’s knocked out 50 of these Anniversary Edition models, one for each year of the model's life.

The car is mechanically standard but presented so as to evoke the memory of the original and most famous Plus 8, a well-raced car known as MMC 11 after its numberplate.

So alongside the usual plaque, there’s a domed aluminium cover where you’d have once seen a spare wheel, a front towing eye painted yellow, wheels designed to mimic closely those of the original Plus 8, white-tipped ‘cannon’ exhausts and white brake calipers. There's bespoke instrumentation and upholstery, too.

The car comes in two colours – green for those equipped with a conventional soft top and blue for the Speedster version seen here.

Yet there's something of the smoke and mirrors about this car, because the only thing about today’s Plus 8 that’s actually 50 years old is the name. The car itself died in 2004 when supplies of the Rover V8 that had powered it since its introduction in 1968 ran out. 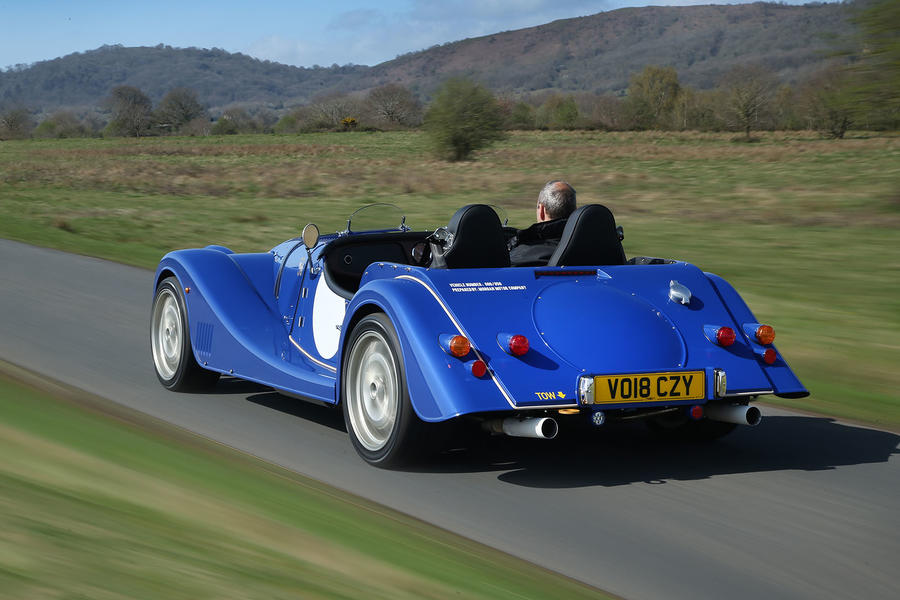 What you’re looking at here is an Aero 8 attending a retro-themed Plus 8 fancy dress party that’s been going on since 2012. It has the Aero 8’s bonded, riveted aluminium chassis, and while its 4.8-litre motor is a V8, it’s supplied by BMW.

So there’s no ash frame, nor even sliding pillar front suspension. It’s all far more modern than that. Then again, a new Porsche 911 is probably even less closely related to an original, so maybe nobody cares. And the Plus 8 certainly feels suitably aged.

In fact, whether by design or not, at times it feels absolutely ancient. The door handles are the same as those on my elderly Land Rover and the primary dials are all but illegible at speed.

The tub may be made in a relatively modern way, but it still wobbles like a custard tart over potholes, while the steering flies in the face of the modern vogue for ultra-aggressive off-centre response: turn the Plus 8’s wheel and you’ll be shocked by how little happens at first.

Oh, and the brakes are overservoed, there’s no storage space for anything on board, nor any luggage space, the modern BMW column stalks look ridiculous in here and if you’re going to take the Speedster on a motorway, you’ll look ridiculous, too, because unless you’re insane, you’ll have a full-face crash hat protecting your bonce, if not your dignity.

And yet. I’m not that sensitive to a car’s appearance because I’m always more interested in how it drives, but in this spec, even I can see the Plus 8 looks fabulous.

Low, wide and with something of the vintage hot-rod about it, its shape suggests a certain kind of rarefied driving experience, something more physical, challenging and engaging than the modern norm. I already knew it would be terribly flawed because I’ve not driven a Morgan that wasn't, but did that make me want to drive it any less? On the contrary.

Besides, let’s not forget what’s in front of us here, namely an 1100kg sports car directing the power of a 4.8-litre V8 motor through a manual gearbox (an automatic is available, but why would you?) to the rear wheels alone. If someone published that spec as a prospectus for a brand new sports car, we’d all be leaping around the room with excitement.

And it’s not as if it’s gained nothing from its Aero 8 underpinnings. The last time I had a proper go in a Plus 8 was in 1989, when I drove around the Lake District noting that, even by the standards of nearly 30 years ago, the car “hops wholesale across the road as soon as it looks at a bump”. The ride was “truly appalling” while the steering could “generate kickback that wrenches the wheel from your hands”.

By those standards, this Plus 8 has the chassis sophistication of a McLaren.

Most importantly, this is a car in which the numbers just don’t matter. Yes, it has 367bhp and will reach 62mph from rest in a not-that-impressive 4.5sec, but the engine is a woofling, rumbling delight, and its slow but positive six-speed transmission perfectly in keeping with the car’s character.

The power delivery is delightfully lazy, awash with torque from 2000rpm, so you change gear mainly because you can.

I was surprised also by how much grip was available: with a standard limited-slip differential and suspension modifications made for the Aero 8 in 2016, it clings on grimly in the curves.

Actually, I’d rather it had a lower limit, because by the time you start the all-in wrestling as the car starts to slide, you’re going fairly rapidly, and for me that’s part of the fun with the Plus 8. Instead of the car doing it all for you like so many moderns, with the Morgan it’s the driver who ends up helping out the car.

You have to anticipate how the steering will react to any given input, make sure your entry speed isn't too high and then rely on torque and traction to spit you out of the corner. And because the car is actually fundamentally stable, it first needs a bit of provocation and then some accurate helmsmanship with its somewhat approximate steering when it finally breaks loose. 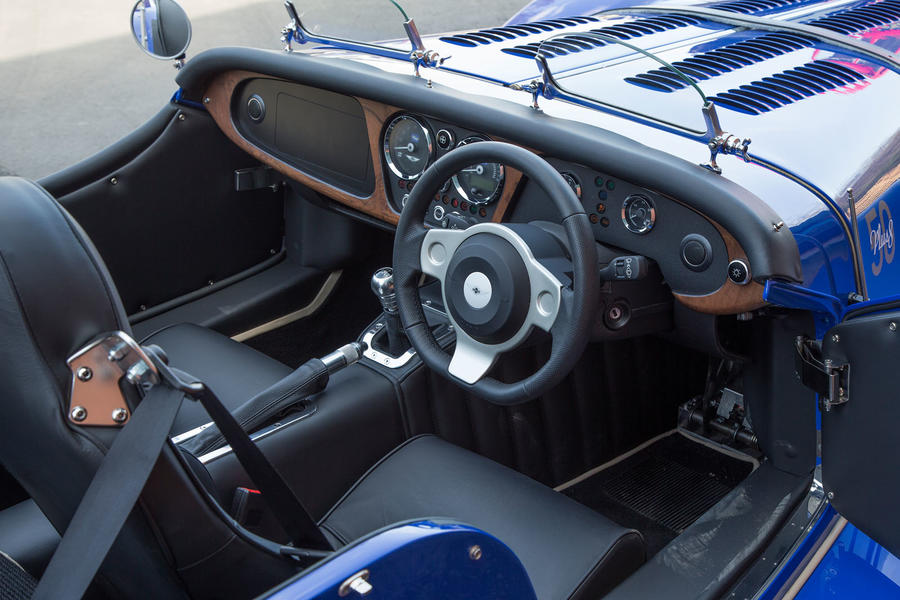 But what I like most about this final Plus 8 is that it knows what it is. It’s not pretending to be a track-day warrior any more than it might try to con you into thinking it’s an everyday car. It's an honest, back-to-basics, roadgoing sports car, and if you don’t try to force upon it roles it was never designed to do, it will not disappoint.

For someone wanting a no-nonsense, belt-and-braces, traditional British roadster of a kind unavailable anywhere else, the Plus 8 not only looks the part, but it does the business, too – not despite all those flaws but, in the main, because of them. 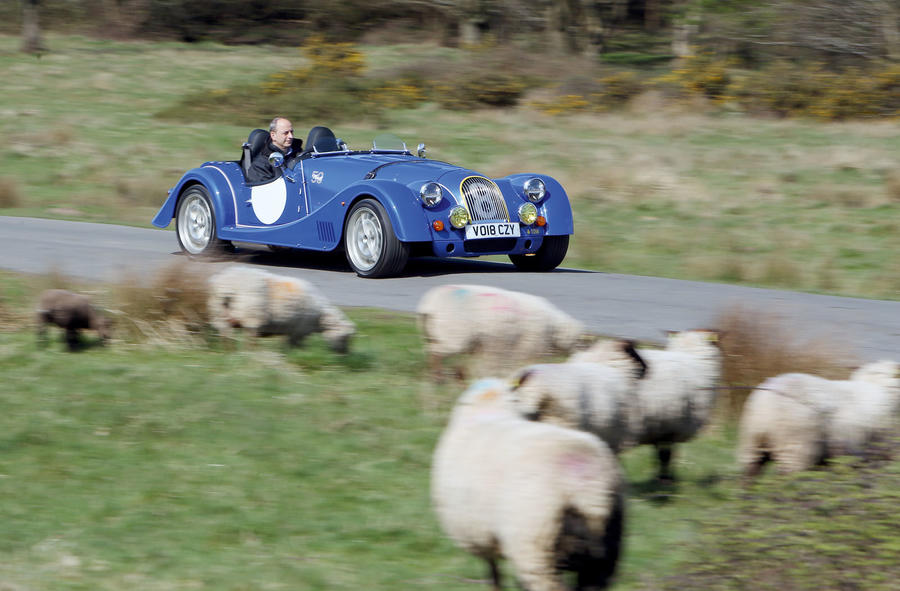 At ArtsEmerson we are working every day to evolve and develop our vision of our company as a civic leader and a community asset. And we have some level of privilege in this effort by virtue of our relationship to Emerson College, which reduces our dependence on traditional owners of the culture in Boston. But we nevertheless face down criticism regularly from donors and critics who damn us for being useful. I am proud to say, though, that even in our nascent stage of these efforts we have a diverse and invested community of people from all around the region who would go to bat for us in a crisis. And we for them.

There are actually countless

There are actually countless apps that allows you to check out who viewed your profile. With many of them you may even track who unfollowed you. 28+ khasiat sari kurma " kurmaqu " Along with friendly interface and simplicity, they are wonderful apps.The issue comes when a few of those apps could possibly have weaknesses. Some of them may possibly grab your data and even install malware on your phone. This is the primary reason i suggest to keep clear of just about any apps even thought they give good results. Hence, how can I avoid so much danger and still get information about who views your profile?