Outwardly, the Mini Cooper S Mini Convertible doesn’t look all that different following its midlife facelift. Body trim that was once chrome is now piano black and the new rear lights incorporate a Union Flag motif, but otherwise it’s as you were. The more significant changes come within the cabin, beneath the skin and on the equipment list.

The lights front and rear now use LEDs, for instance, while adaptive LED headlights are optional. A touchscreen infotainment interface and wireless mobile phone charging have also been added to the options list. There are new personalisation options, too, including car industry world first 3D-printed components that buyers can customise with their own name or simple images.

The standard-fit gearbox on this Cooper S Convertible remains a six-speed manual, but the two-pedal alternative is now a seven-speed twin-clutch item rather than a conventional auto. The four-cylinder turbo engine has been heavily revised with high-pressure injectors, a new exhaust system and a new turbocharger. Mini says power and torque outputs remain the same as before - 189bhp and 221lb ft - but fuel economy has improved by around seven per cent.

The updated engine is said to be up to 30kg heavier than before, so the only suspension revisions Mini has made are to account for that extra weight. 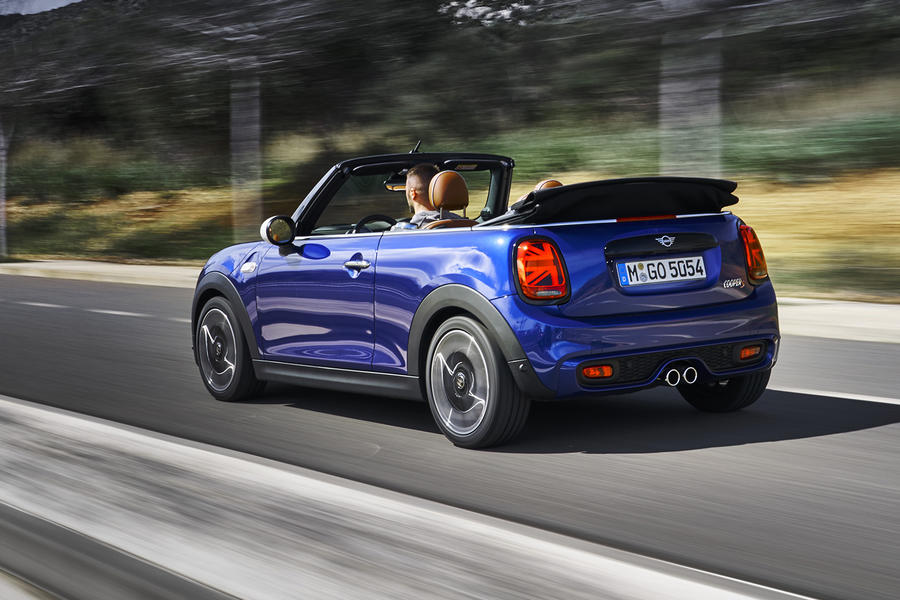 For the most part, the Cooper S Convertible feels a lot like its fixed-roof stablemate. Decapitation has been the ruin of many a great driver’s car, but that doesn’t necessarily apply in this case. The distinctive attributes that mark out the Cooper S hatch - agile handling, quick and direct steering and punchy straight-line performance - are basically still intact, albeit with a little more body flex and slightly lazier responses.

The Convertible’s additional body strengthening adds 135kg to the kerb weight, which you can feel from behind the wheel when you really start stretching its legs. Whereas the hardtop model changes direction with the energy and immediacy of a housefly dodging a swatter, the Convertible is slightly more lethargic. It begins understeering a little earlier, too, and despite that additional bracing you can feel the body shudder and sense the steering column shake when you drive over rough tarmac (although you never feel the body flex in bends).

For the most enthusiastic drivers those last two points will be reason enough to stick with the hatchback model, but for everybody else there’s very little in it. The fabric roof is rather thin, though, so wind noise on the motorway with the hood in place is much more pronounced. More so, in fact, than many other convertible cars.

The turbocharged engine, meanwhile, is muscular and brawny, giving the Cooper S Convertible a surprising turn of speed. It does its best work between 2500 and 5500rpm - it doesn’t have a particularly vibrant top end - which actually means it’s better suited to the slightly more laid back Convertible than it is for the more effervescent Hatch. The seven-speed twin-clutch gearbox that was fitted to our test car is a good improvement over the outgoing automatic. It’s smooth and refined at lower speeds, then sharp and responsive when you up the pace. The lack of gearshift paddles is a strange omission, however.

One of the Mini’s real selling points is its premium-feeling cabin. Boot and rear seat space are pretty sparse, but up front the cockpit is spacious and well-built with a level of material quality that few cars in the sector can match. 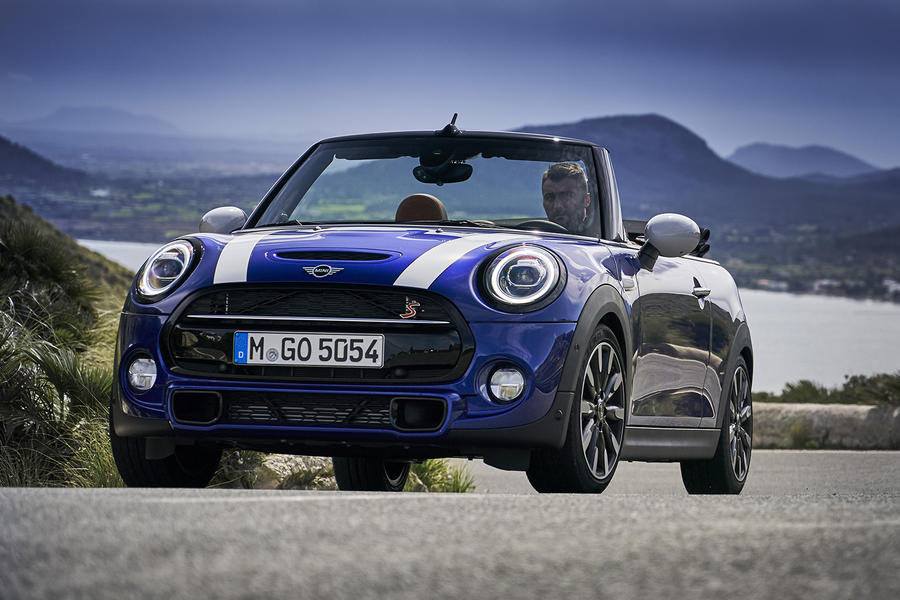 If a droptop car that’s fun to drive is what you’re after, there are very few reasons not to. At £25,490 when fitted with the twin-clutch gearbox the Cooper S Convertible certainly isn’t cheap - you’ll pick up a top spec Mazda MX-5 for the same money - but to call it poor value for money would be a stretch.

It may get pretty close to matching the hatchback model in outright handling terms - close enough that many buyers would never notice the difference - but the keenest drivers would be much better served by the lighter, more nimble and £2500-cheaper three-door. 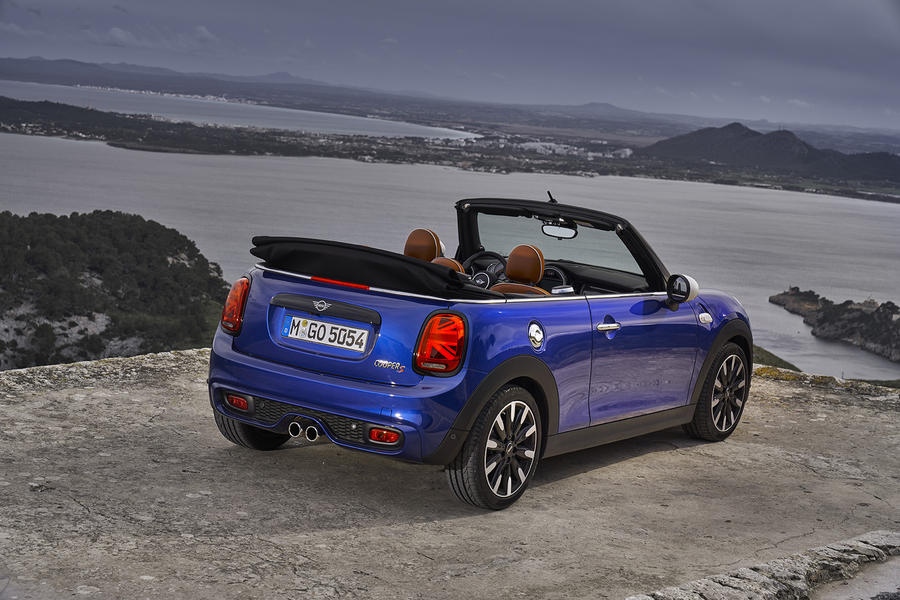