The Mercedes-Benz G400d is a new addition to the G-Class line-up, slotting in above the existing G350d as a second diesel model.

Although not yet confirmed for the UK, officials from the German car maker say the luxuriously equipped off-roader has been approved for right-hand drive production and hint that sales are likely to get underway here by early 2020.

Power for the G400d comes from a more heavily tuned version of the G350d’s turbocharged 3.0-litre in line six-cylinder engine. Featuring a stepped bowl combustion process, a multi-channel exhaust gas recirculation system and variable valve lift control, it kicks out 326bhp and a generous 516lb ft of torque between 1200 and 3200rpm – 44bhp and 74lb ft more than its lesser sibling.

It’s linked to Mercedes' in-house-produced nine-speed automatic gearbox and 4Matic four-wheel-drive system with low-range gearing and three differential locks as standard. Official performance claims point to a 0-62mph time of 6.4sec, a top speed electronically limited to 131mph and combined fuel consumption of 29.4mpg and CO2 emissions of 253g/km on the WLTP test.

The launch of the G400d coincides with the 40tt anniversary of the G-Class, which was originally introduced to the Mercedes range as the G-Wagen in 1979. To celebrate, it's being offered in limited-edition Stronger Than Time specification as standard. Included are exclusive paint colours and interior trims that help to set it apart from the G350d. 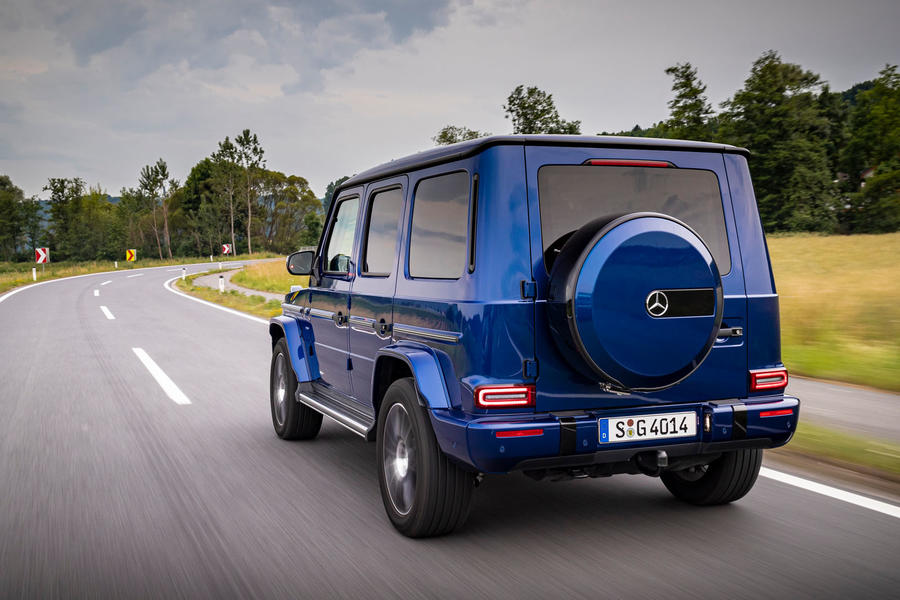 Climbing up into the G400d, you’re reminded that this is not your average off-roader, but one that's built to excel both on and off the road. Inside, you’re greeted by a roomy interior with generous space both front and rear and a boot that's larger than most, at an impressive 667 litres.

In terms of opulence and luxury, it gives little away to more contemporary Mercedes models. The same can be said of its list of driver assistance systems, which is longer and more extensive than most rivals'.

Underway, the new G400d immediately feels more muscular than the G350d. Despite tipping the scales at 2397kg, it accelerates with great verve and resolute refinement.

The advanced diesel engine is nearly silent upon start-up and tremendously well isolated from the interior. So much so, in fact, that it’s barely audible over the excessive wind buffeting that develops around top of the G400d’s upright windscreen and sizeable door mirrors on the move.

There’s loads of torque at the lower end of the rev range. This leads to heady amounts of shove from tip-in and great mid-range flexibility; the six-cylinder engine happily pulls sixth gear at under 40mph and then accelerates with muscular properties all the way up to motorway speeds in a wonderful linear fashion.

There’s little need to extend the engine beyond around 3500rpm, because the low-end delivery is so linear and by then it has already delivered its most potent properties in any gear.

It’s best to leave the nine-speed gearbox in automatic mode, at which the torque converter-equipped unit shifts up at the earliest possible opportunity to ensure serene progress both around town and out on the open road. Manual mode provides an extra layer of interaction through the steering wheel-mounted shift paddles, but the G400d's best performance is achieved when it's left to its own devices.

Dynamically, the G400d benefits from all the changes that have transformed the latest G350d. A switch from recirculating ball to rack-and-pinion steering has greatly improved the driving appeal, giving it a far more precise and direct feel than earlier incarnations of the military grade off-roader. And while it retains a rather rudimentary ladder frame chassis, the adoption of a double wishbone (front) and newly configured multi-link (rear) suspension also provides it with greatly improved handling and ride comfort.

It’s not the sort of car that likes to be hustled quickly along winding back road, more one that rewards through a more measured approach at the wheel. Driven so, it ultimately proves capable and relaxed. 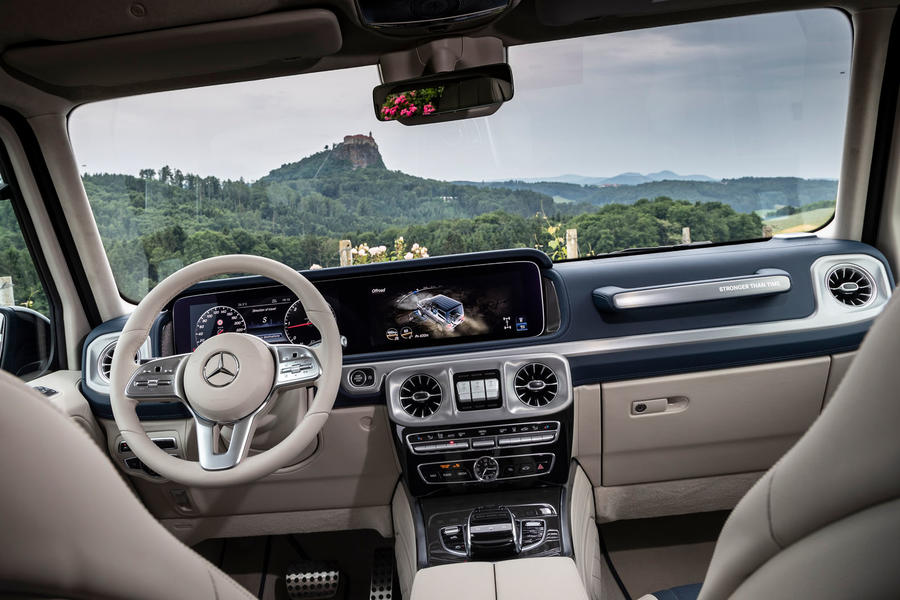 The G400d is a worthy addition to the G-Class line-up. Its state-of-the-art diesel engine brings added performance and muscle to the frugal and serene properties already delivered by the G350d. This makes it a consummate on-road cruiser and just about unbeatable away from the bitumen, where its strong torque combines with its multi-faceted four-wheel drive system to take you places that other so-called off-roaders could only dream of.

The changes Mercedes has brought to the chassis of the G-Class have made it a far more endearing proposition than its predecessor both in everyday use around town and over longer journeys at motorway speeds. That said, for ultimate comfort and refinement, you’d be better served by the Range Rover SDV8, which arguably delivers a more luxurious experience for similar money.

But there’s something about the old-fashioned styling and high-set seats of the G-Class that appeals. It’s also remarkably well equipped, terrifically cosseting and boasts impeccably build quality for something that was originally conceived as a rough-and-tumble military vehicle in the 1970s.

It’s the sort of off-roader you’d choose with your heart, not your head. And it's certainly more authentic in character than the bonkers G63 from Mercedes-AMG. 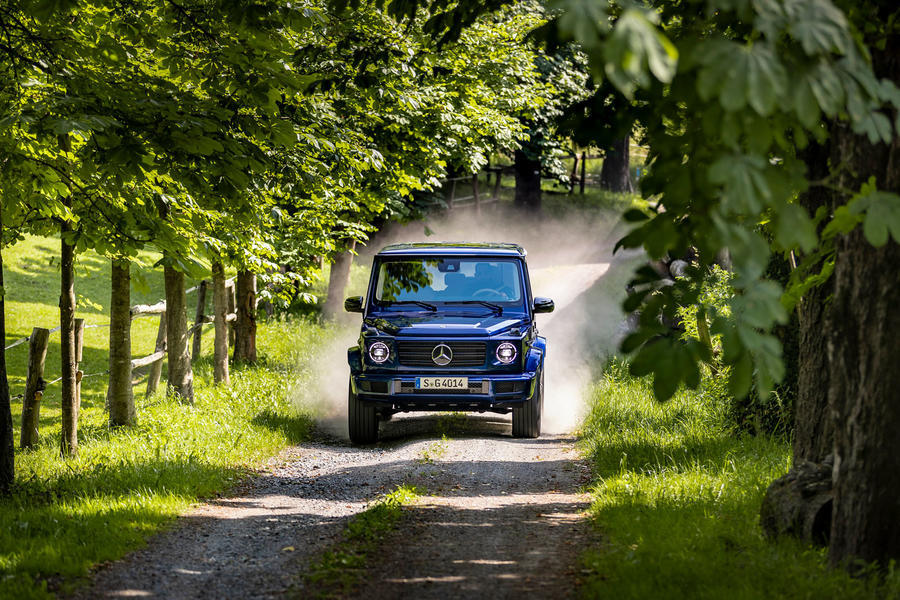 Download best of korean music on this link below........

"does not reflect well on the company's core values."

What would you say those are? How is the G non-compliant?

I am sure the buyers of G-Wagens as a workhorse will consider this the sweetspot.....for me its the G 500....still not available here yet.