From £22,9358
Mazda has used its impressive new 3 hatchback as the basis for a compact crossover
Open gallery
Close

The Mazda CX-30 is yet more evidence that the third age of the crossover is in full swing.

If you’re a car maker, it’s probably already too late to jump on the first age’s Nissan Qashqai-sized bandwagon, given that every industry player and his dog already has done so; and it’s getting too late, even, to launch a cheaper and more compact, Renault Captur-sized second-age one. With any luck, it'll all be over soon.

It’s the high-design, fashion-item crossovers that have become the growth area now: the likes of the Mini Countryman, Audi Q2, BMW X2, Lexus UX, Volkswagen T-Roc and Toyota C-HR, which sacrifice a little bit of their added practicality for extra visual appeal.

Mazda is the latest to enter the sub-segment. The company’s sales pitch for the CX-30 claims that it offers the cabin space of the CX-5 in a footprint much closer to that of the CX-3, but exterior design appeal combined with a classy material finish inside is what the car is really all about.

It will arrive in the UK later this year with a choice of two petrol engines. The more powerful is Mazda’s new part-time compression-ignition 2.0-litre Skyactiv-X motor, which we’ve tested previously in a prototype. Both petrols have 12-volt mild hybrid assistance, and there will be no diesel option – at least not for us Brits. 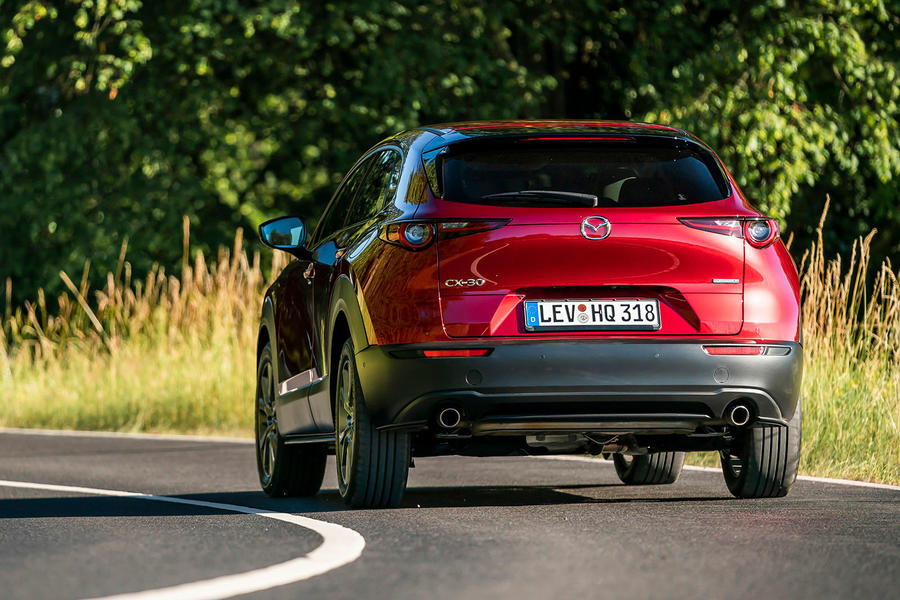 The CX-30 comes from what Mazda’s designers describe as the second chapter of the firm’s Kodo design language. In practice, this means that, like the latest Mazda 3 hatchback with which it shares a platform, it eschews often fussy-looking ‘character lines’ in the body panels for a cleaner, simpler and more flowing sort of surfacing. The steepish windscreen and C-pillar work well on a crossover of limited height and body volume and of sporty proportions. Meanwhile, Mazda’s Soul Red paintwork would make anything look good.

You should take Mazda’s assertions about the CX-30's practicality with a good pinch of salt. There’s decent head room for taller adults in both rows, despite the relatively low and rakish roofline, although the car doesn’t offer a particularly raised or convenient driving position and its front seat cushions are a little bit narrow for perfect long-range comfort.

Rear leg room isn’t great, meanwhile, and boot space is a competitive-only 430 litres. Our test car’s cargo area had a fairly pronounced loading lip to negotiate, but there’s a clever split-folding false floor in the pipeline that should make loading heavy stuff easier.

And justifiably so, since the innovative newbie is also the better all-round performer. Both engines are pleasingly quiet and smooth, making the car as classy on the move as it seems at rest from behind the wheel, thanks to its upmarket-feeling switchgear and generally plush finish. Both proved capable of returning a real-world 45mpg, the former being thirstier when working hard but more efficient when running lean. 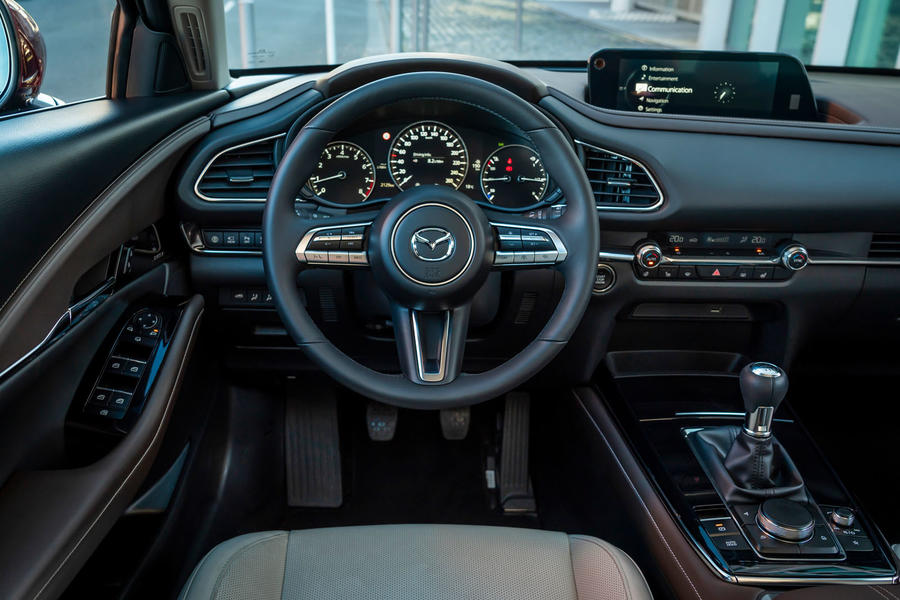 But while the conventional Skyactiv-G narrowly has the edge on cruising refinement, the Skyactiv-X has a considerably greater spread of mid-range torque as well as more outright power. Neither engine particularly rewards being revved beyond 5000rpm, but while the lesser one feels sluggish through the lower reaches of its rev band, its counterpart gets on with its work much more willingly. It’s only £1500 pricier on like-for-like models.

The shift quality of the six-speed manual gearboxes you get as standard with both engines is good: slick, tactile, precise and ready to be hurried when required. But if you’d prefer an automatic, Mazda will offer one with either engine. Only the Skyactiv-X can be had with four-wheel drive, however.

The CX-30’s taut, assured handling is a typical Mazda strength, thanks to well-weighted and intuitively paced steering, good body control, smart yet linear cornering manners and fairly strong grip. The ride is medium-firm but well isolated and comfortable for the most part, with only an occasional, slightly abrupt thump in evidence over sharp edges taken at low speeds.

It's certainly more enjoyable to drive overall than most jacked-up hatchbacks, then. We wouldn’t endorse splashing out on Mazda’s torque-vectoring four-wheel drive system as a means to enriching the handling, though. It's supposed to use the brakes and driveline to gently manipulate the car’s weight transfer, associate tyre loading and torque distribution to tweak its attitude and help it through a corner, but the setup seems to contribute very little compared with a like-for-like front-drive car. 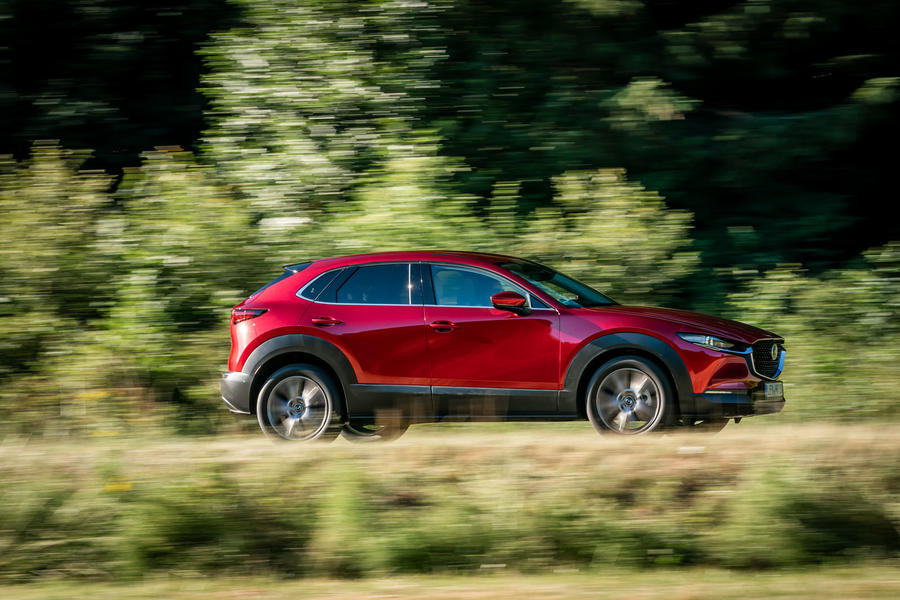 The best advice would probably be to wait until you lay eyes on the CX-30, but if you like what you see – and if you don’t need the biggest jacked-up hatchback in the world yet still want a crossover – you’ll find there’s a lot else to like besides.

It may not be the most versatile car of its kind, but with those dynamic qualities to distinguish it, plus a classy interior and a handsome look, the CX-30 has more, and does, more than enough to hold your attention. It doesn't have a premium badge on its bonnet to add to its allure like the Q2, X2 or Countryman mind you, but that hasn’t stopped the C-HR making an impression on the UK market, and the CX-30 is every bit as good to drive as that Japanese rival – if not better still. 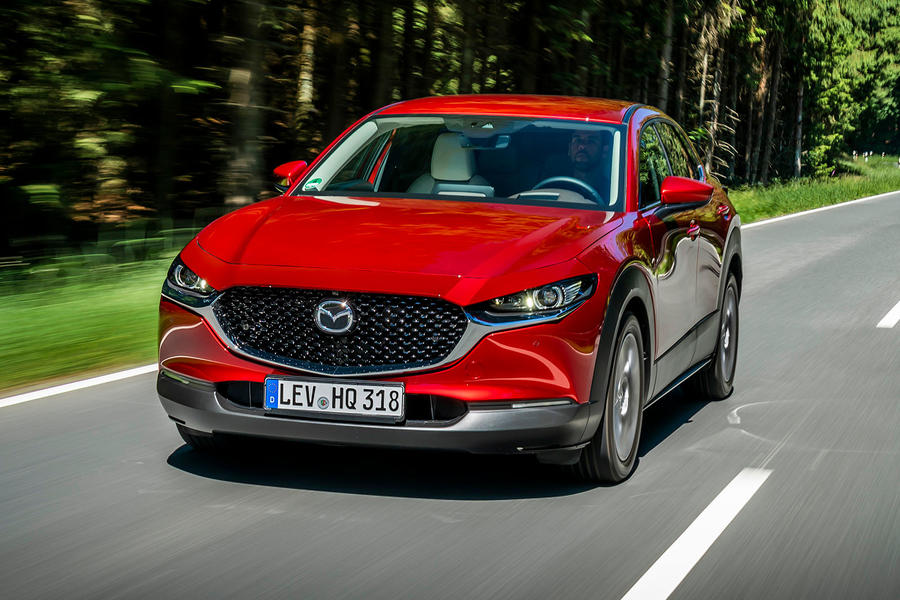 Truly these are great designs

Truly these are great designs, it makes me feel very modern and luxurious, thank you for sharing. Employee Disciplinary Policy

TCS Webmail is a email service provided by Tata Consultancy Services. myapp.tcs.com is a official link of the company,

Nice to see a 3 sized

Nice to see a 3 sized offering that has some windows in the back. Good for visibility, and doesn't look like it weighs 5 tons either.