From £17,0408
Fourth-generation Mazda 3 strikes back at Focus and Golf with an upmarket interior, classy handling and a frugal motor
Open gallery
Close

It must be a tough gig, launching a car such as the Mazda 3. After all, the class of vehicles it slots into is one so competitive and cut-throat, it’d likely make a gang of even the most unprincipled 1980s-style Wall Street stockbrokers seem tame by comparison.

Survival in such an environment demands competence; success requires a well-defined, confident identity. Just look at what Volkswagen has achieved with its polished, versatile and multi-talented Golf; and Ford with its athletically talented, spry-handling Focus.

With the previous 3, Mazda followed a similar tack to the Blue Oval in placing driver pleasure at the forefront of its motive experience. It did it rather successfully, too.

This new fourth-generation model - tested here in 1.8-litre, 114bhp diesel guise - sets out to do the same, only with even greater focus on what has always been a weak spot for the Ford, and a forte for the Volkswagen: interior quality. 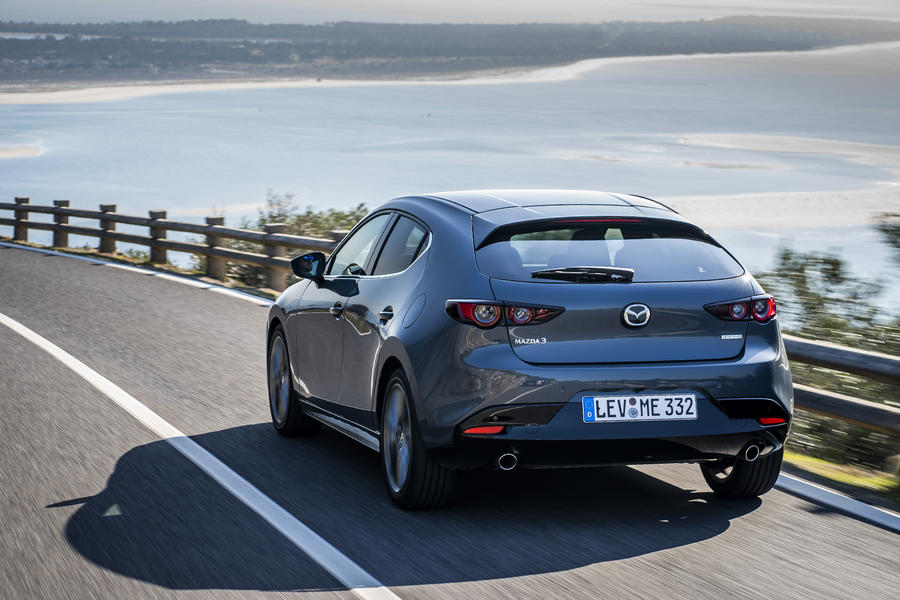 Opening the door and sliding down into the new 3’s figure hugging, supportive seats immediately reveals the extent to which Mazda has stepped up its game in terms of fit, finish and material appeal.

It’s a great cabin, one that’s pleasingly minimal, but not so stripped back to the extent it becomes difficult to operate the 3’s key features. The only physical buttons on the central dash fascia are those for the HVAC systems; while the sharp, responsive new 8.8in infotainment system (which comes with sat-nav as standard across the range) is operated via a simple rotary dial just behind the gearlever. There’s a rich sense of tactility about all of the Mazda’s internal controls, too.

Combine this with a more generous use of leather upholstering than is normal for cars at this price point, as well as a selection of tastefully-styled moulded plastics, and the 3’s cabin is one that aesthetically makes a bit of a mockery of the Ford’s, and should give Volkswagen some serious pause for thought. Room in the back is a little tight, mind.

Anyway, the good news is the 3 remains one of the sweeter-driving hatches out there. Not perfect, admittedly, but there’s still plenty of evidence here that driver pleasure has been placed at the forefront of its development.

Control weights are all spot on; the slick six-speed manual 'box is a particularly pleasing point of interaction. It turns in with an energetic sense of eagerness, too, gripping with gusto and deftly containing longitudinal roll as you guide it through faster bends. A lift of the throttle mid-corner will cause it to rotate, but its inherent balance quickly sees it right itself. The steering rack isn’t quite as sweetly calibrated as that of the Focus in terms of feedback or weight, but it’s a far more engaging helm than that of the Golf’s. Nice one, Mazda.

But the ride quality is a bit of a sticking point. There’s an air of firmness about the way in which it goes down the road that you never quite experience in the other two hatches. It’s far from uncomfortable, but its secondary ride does seem to lack a degree of finesse and polish present in its chief rivals. I’d guess Mazda’s decision to opt for a torsion beam rear suspension set-up, as opposed to the multi-link arrangements of the Golf and Focus, is the culprit.

The 1.8-litre diesel powerplant sticks out as the least sporting aspect of the Mazda’s character. There’s a noticeable amount of initial lag on full throttle, but once everything has woken up it pulls well enough. It’s quiet, too, so long as you don’t insist on revving it out, and the test economy figure of 47.9mpg we saw on fast country back roads means it should make for a frugal motorway companion. 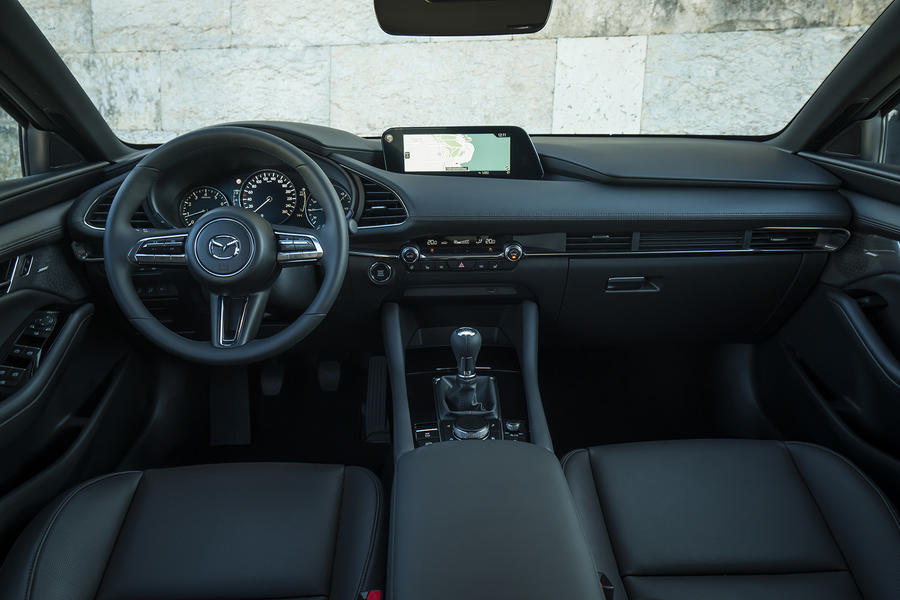 The Mazda 3’s improved interior and eager handling are arguably its strongest selling points. Many will find its looks particularly appealing, too, and they might also be drawn to its strong levels of standard equipment and competitive pricing. This GT Sport model - which represents the top-level diesel offering - is priced from £26,395. By comparison, a 118bhp diesel Ford Focus ST-Line X is £26,410, while a similarly powerful Golf GT diesel starts at £24,485.

Success in the family hatchback class is never going to come easy. With the 3, Mazda has produced a car that’s more than capable of giving the heavyweights a seriously bloody nose, but one that’s perhaps not quite as dynamically well-rounded to knock the likes of the Ford Focus or Volkswagen Golf from their respective perches. 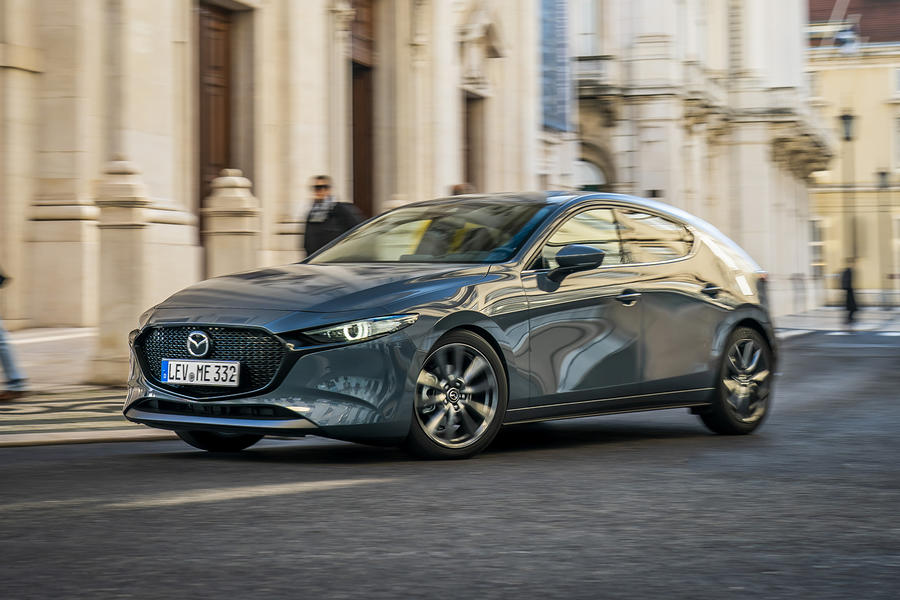 Why test a stink wheel when Mazda make such interesting petrol engines ?

I really liked the previous 3, to the point that I came very close to buying one with the 2.2d engine. I can't say I'm as keen on the styling of this one, especially the rear, but it's the drop to a torsion beam that kills it for me.
I guess mazda realised that the average customer cares more about a squishier dashboard and a screen than dynamics, shame.
coolboy 21 February 2019

A japanese diesel engine complying with Euro 6d-Temp/RDE. How brave and capable Mazda is, since all mighty Toyota sweared how impossible doing it was.