From £52,90010
Accessible, road-focused Sport 410 variant may be the last of the Exige line, but it's among the best
Open gallery
Close

The six-year journey that ends with this final iteration of the third-generation Exige is somewhat convoluted.

First, we had the V6 S. That was replaced in 2015 by a Sport 350 model, for which Lotus removed a substantial amount of weight and improved the gearshift mechanism. A year later, the Sport 380 arrived. Toyota’s 3.5-litre V6 had been stoked, yet more kilos were consigned to the bin, thanks to a generous helping of carbonfibre bodywork and there was now an aero package.

To drive, it was fabulous. And there were Cup and Race versions for those of a more dedicated or downright diehard attitude to trackdays.

Then, last year, we drove a hardcore Cup 430 version. This variant, with revamped suspension, more downforce still and even less weight, was the quickest street-legal Exige yet. It cost £100,000, was utterly beguiling on track but rightly compromised as a tool for the road.

Which brings us to the car you see here, the Sport 410. Think of it as a detuned, road-ready Cup 430 rather than an exalted Sport 380, the car it replaces in the range. Based on past form, some of you might expect Lotus to do a volte-face and unveil an Exige Sport 440 next year, but this one really is the last of the line, according to CEO Jean-Marc Gales.

With various carbonifbre options fitted on top of the standard carbon shell seats and elements of the silhouette, it weighs a paltry 1054kg dry and yet develops 410bhp. You can even order this car without an airbag (saving 2.5kg); in the hardcore weight weenie stakes, this rather shades Porsche’s penchant for using a sticker for the crest rather than enamel badge.

Talking of Porsche, during a pre-drive brief at Lotus HQ in Hethel, Gales reminds us that for a 911 to match the power-to-weight ratio of an Exige Sport 410, it would need more than 600bhp. That would be the GT2 RS, then.

Interrogate the graphs and you’ll notice power delivery isn’t quite as peaky as it is in the Cup 430, but then the torque curve is now more or less flat from 3000rpm almost to the red line. The driveline has also been tickled to allow the car to hit 60mph in second gear in a time that’s just a shade over three seconds. In the Sport 380, you needed to snag third, stunting the sprint time, but a Sport 410 will level peg with a McLaren F1.

Top speed is 180mph if you go for the coupé and 145mph for the roadster. In the former, you’ll be making 150kg of downforce at that point (90kg at the rear, 60kg at the front). By comparison, a Cup 430 makes more than 200kg. The extended aluminium rear diffuser, flat underbody and carbon front splitter are all shared with the more expensive car, as is the design of the widened front intakes and carbonfibre ‘air curtains’.

The track day theme continues with the unimpeachable AP Racing brakes, whose discs feature a J-hook design used to clear debris; you’ll see the same on some sports car racers.

Optionally available are a titanium exhaust (saving 10kg) and carbonfibre barge-boards, as well as an electrical cutout, fire-extinguisher controls, a four-point harness and an FIA-compliant roll-cage. Flying the flag for this car’s duality are the options of iPod connectivity, Bluetooth, cruise control, sound insulation and air conditioning. You can further dial out the aural underbody impact of road debris by specifying full carpets and floor mats for £450. 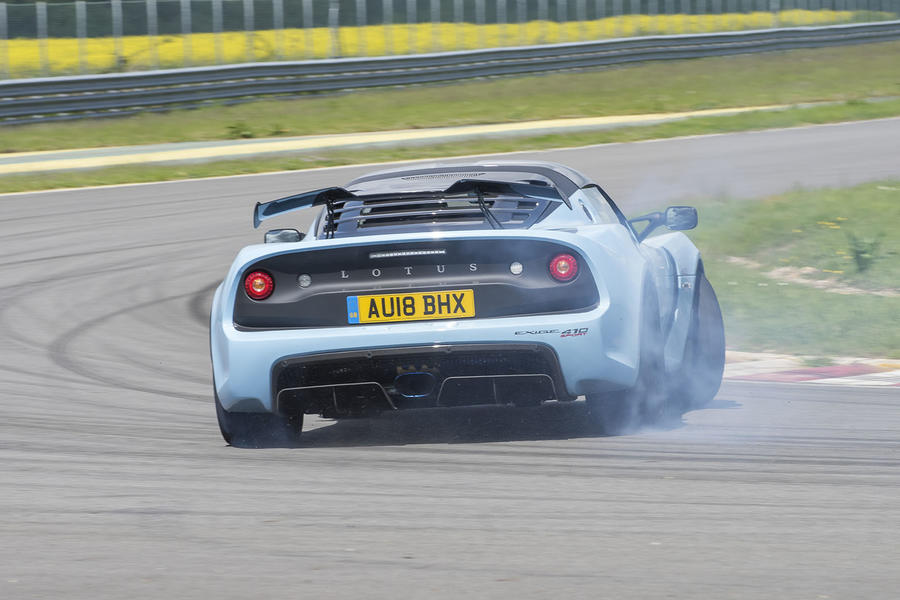 It is something to behold, especially in the Gulf Blue and Olive Green of our test cars. Even in Sport 410 guise, the Exige remains a diminutive device, but an enormous rear wing, peaked front fenders and a carbon splitter mean it casts an impishly brutal shadow. There’s an element of endurance-racing here.

Climbing aboard with any grace is still a challenge, largely because you’ve got to get over the wide sill of the extruded-aluminium tub and then, in the case of the coupé, under the roof and, from there, so very far down into the Alcantara buckets. The aperture is quite small, but the cabin doesn’t feel particularly cramped once you’re in.

It does feel better put together than Exiges past, however. The switchgear is still basic but there’s not a rattle, buzz or squeak to be heard in our car once on the move. You also get Lotus’s six-speed, open-gate manual, with its tall aluminium gearstick. What a joy it is to use, although the manner in which the mechanism is sprung does mean third and fifth gears can sometimes get muddled.

On the open road, the effortless pace a ducking and weaving Sport 410 can generate is nothing short of obscene. It this sense, it’s much like any other Exige, but the big change from the Sport 380 is the switch from two-way to three-way adjustable dampers, which can now be manually set not only for rebound but also for high and low-speed compression. Along with Eibach adjustable anti-roll bars, the chassis is otherwise pure Cup 430.

The Nitron dampers make quite a difference, too. This car’s road manners are such that you can really get on top of the performance even on poorly surfaced roads. More pertinently for road racers, on the sun-drenched routes around the firm’s Hethel factory, the notion of running a Sport 410 as a daily car seems entirely reasonable. It’s not necessarily that you marvel at how refined the thing is, just that you’re not constantly being made aware that you’re driving a massively uncompromising car by normal standards. That is some trick Lotus has pulled off.

The body control is still uniquely close, mind, and as such you still feel everything to a fairly high degree. However, at more steady speeds, it’s as if somebody has slid rubber film between the track day-spec Michelin Pliot Sport Cup 2 tyres and the road surface — despite the wheel control of the lightweight double-wishbone suspension remaining mesmerically crisp.

With just a few clicks of those dampers, you could, of course, set your Sport 410 to ride and handle in precisely the same manner as a Cup 430, and it’s that versatility that perhaps makes the less expensive car the more appealing proposition.

It's with such a set-up that Lotus sends us out onto its factory test track. Direction changes remain vividly sharp, but it’s the grip of the front axle and the unbreakable traction of the rear that stick in the mind. The Sport 410 is a hugely competent, quick and supremely agile car to drive on track, so our only real criticism would be that perhaps its limits are now just a fraction too high for this chassis to be easily exploitable. 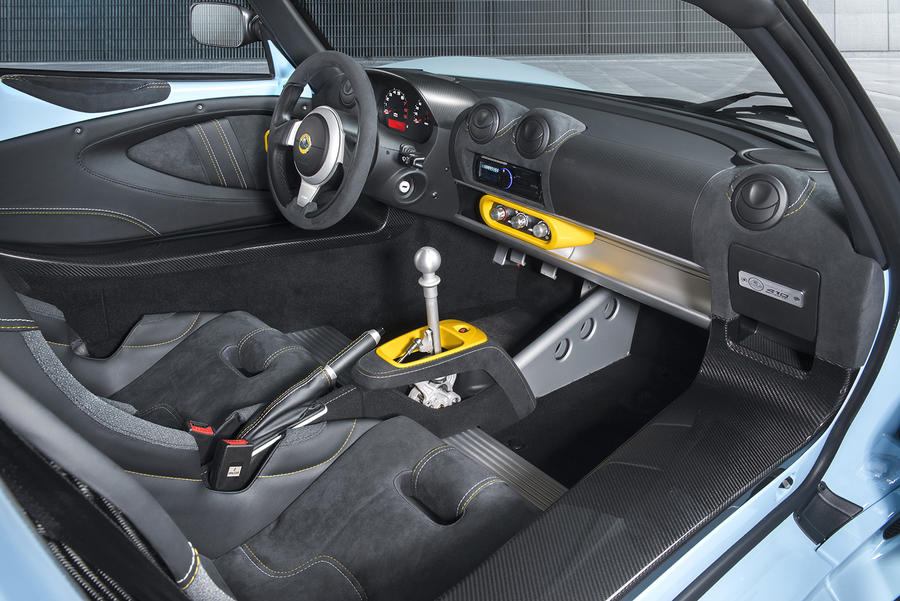 Lotus says this car will "bury" the forthcoming Porsche Cayman GT4. And for sheer immersion, perhaps it will.

And yet the most surprising thing about this Exige Sport 410 is how affable it is. There’s a single-mass flywheel but easing off the mark is a doddle. The steering is perma-busy but usefully light, and yet on the move it weights up to provide a telepathic connection with the front axle. Meanwhile, the chiselled blare of the exhaust only erupts when a valve opens at 4500rpm. Until that point, it’s manageable.

Indeed, the Exige Sport 410 is entirely ‘manageable’, which is remarkable for something that's so profoundly involving, so rabidly quick and that feels so very special when you do decide to uncork that lurid-sounding engine.

It’s a fitting finale to one the great driver’s cars. 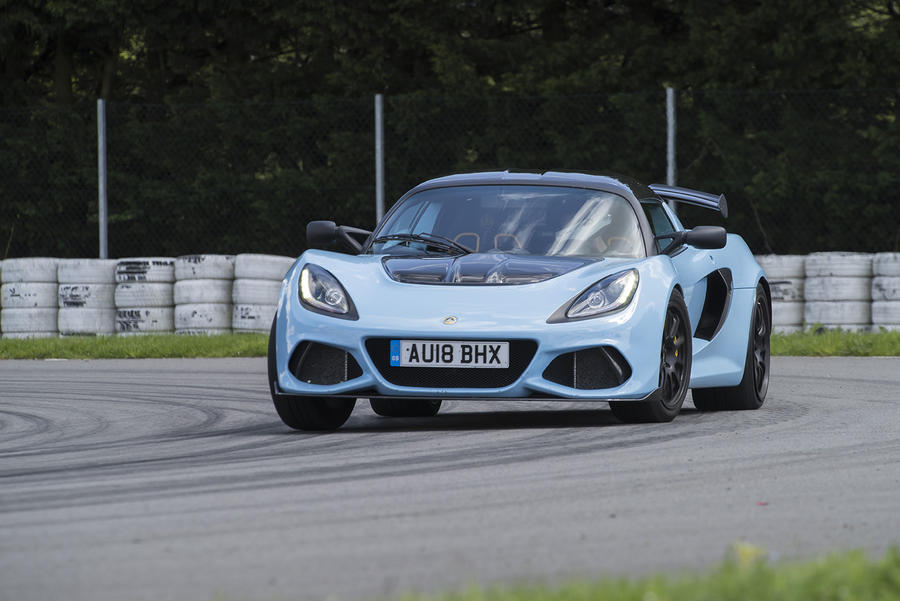 The team is always punctual and ready to erase all sort of problems that occur and disturb the user’s work. Dial Quicken Technical Phone Number