From £52,9009
Using the Lotus Evora GT430’s engine and a host of chassis revisions, the Cup 430 is the most focused Exige yet – we head to Hethel to try it
Open gallery
Close
by Matt Bird
14 November 2017
Follow @PHMattB
Share

The Lotus Exige Cup 430 represents the pinnacle of Lotus’s Cup models, the ultimate Exige and the quickest street-legal Lotus ever - a tantalising prospect if ever there was one.

Indeed, Lotus stresses that this is a new model, rather than a development of the Exige Sport 380, substantiating those claims with a new engine (to Evora GT430 spec), extensive aerodynamic enhancements and overhauled suspension. How comprehensive are the updates? Consider this for attention to detail: even the front numberplate has been moved upwards so that air can flow underneath it, benefitting the aero balance. 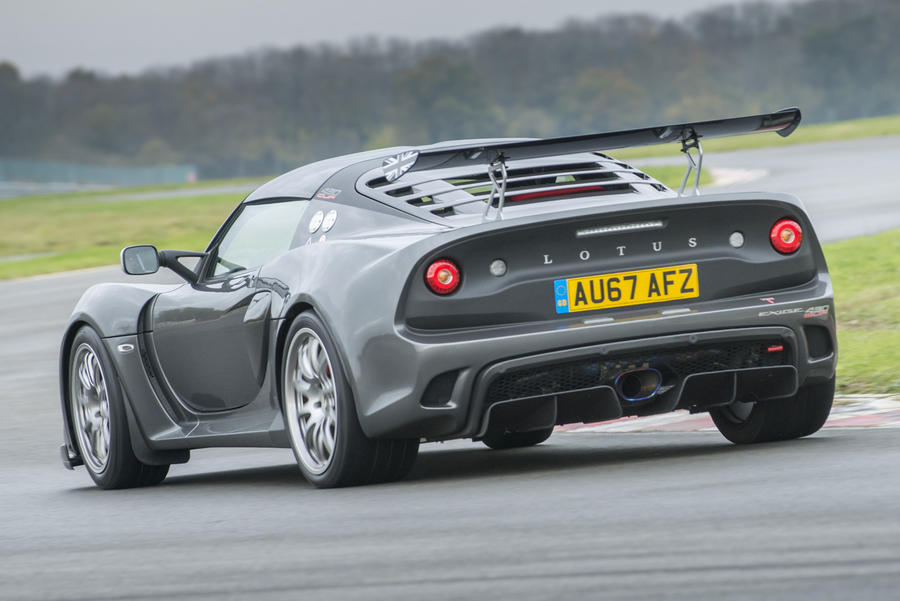 On a brief road drive, the Exige is exhilarating, ferociously fast and intensely engaging to a level that no modern Lotus has previously reached.

It’s firm-riding, no doubt, and buyers after a Lotus that glides should look elsewhere – one hopes they wouldn’t be considering a Lotus with standard tow hooks anyway, but just in case. With that firmness, though, comes impeccable control and composure from the three-way adjustable Nitron dampers. And of course, those, as well as the Eibach anti-roll bars, can be tweaked to each buyer’s tastes. The brakes, using a new design of disc from AP Racing, are beyond reproach.

Is it too much for the road? If you aren’t one of those hardy souls who would happily just drive to Cadwell Park to drive around Cadwell Park, perhaps. You’ll certainly want the optional stereo and air conditioning, at least, because the performance gain from ditching those simply isn’t worth the sacrifice, even if it does push the price over £100,000.

However, if you are serious about driving, and circuit driving in particular, the Cup 430’s compromise is fine. And with so much adjustability, the dynamics can be tailored to your liking. Plus, while the interior is a challenge to fold into, it is comfortably snug.

This Exige is made to perform off the public road, and at Lotus’s Hethel test circuit the payoff becomes evident. Be in no doubt: the Cup 430 is a magnificent track car. Weight is key, unsurprisingly enough.

A supermini kerb weight not only has benefits for acceleration, agility, braking and balance, but also in terms of circuit stamina. In a fairly hard half an hour or so on track, nothing got too hot or began to fade or gave even a hint of losing one jot of performance. It was lap after lap of ceaseless acceleration, staggering brake performance, towering grip and impeccable finesse. There was an element of fear, too, with the additional power certainly noticeable on a greasy track.

That there's so much more to learn about the Cup 430 only makes it more endearing. You will not master this car in a day and will have a huge amount of fun learning it. You may have one or two scary moments, though, so don’t say you weren’t warned. 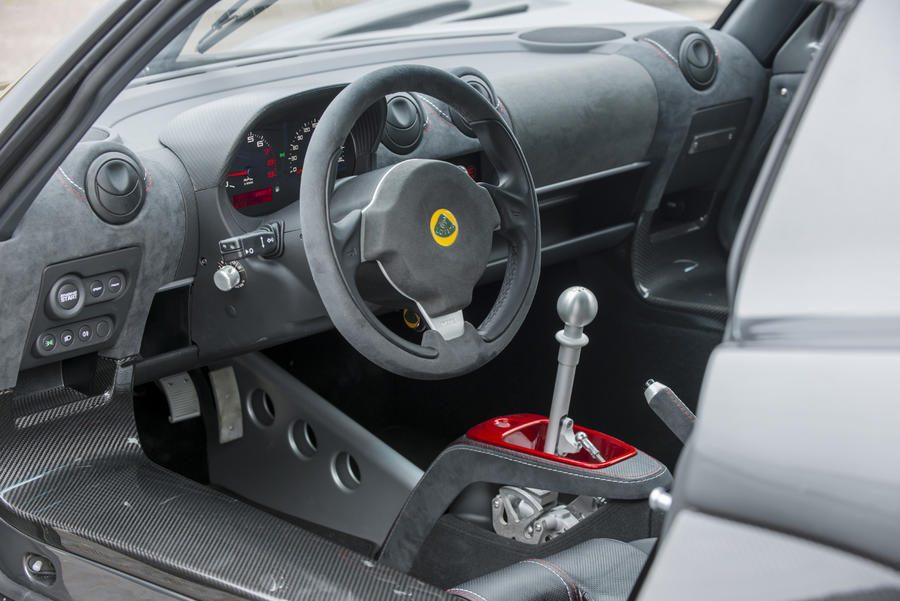 It will take commitment, certainly, but it’s hard to imagine anything better for track day fiends. With a motorsport edge to an already superb sports car, the Cup 430 takes the Exige above and beyond where it has ever been before. As well it should, you might argue, for £100,000.

If this was an entirely new model and

you'll find that about track use applies to most cars, in the same way that your regular insurance won't cover you for similar things.Lotus actually say; We are proud to back this with our Manufacturers Warranty that gives you up to 3 years unlimited mileage cover on the car and up to 8 years cover against perforation on the Lotus DNA designed chassis. Lotus Racing vehicles, most Cup models, and some road going special edition models will have different terms and conditions with up to 1 Year or 6,000 mile Warranty. Cars built by the Motorsport division of Lotus are intended for use as road going passenger cars and for use in non-competition track day events. USE IN A COMPETITIVE MANNER, INCLUDING TIMED LAPS OR RUNS, WILL INVALIDATE THE NEW VEHICLE WARRANTY. Participation in track day events other than competitive events or timed laps or runs will not invalidate the New Vehicle Warranty, unless the vehicle is hired to participate in such events on a commercial basis.

I'm sure this is a great car around Lotus' private test track with the full support of the manufacturer close by, but what's it like after a year's ownership? According to the Lotus website (when i could get it to work), the Cup model has a 1 year or 6000 mile warranty and "USE IN A COMPETITIVE MANNER, INCLUDING TIMED LAPS OR RUNS, WILL INVALIDATE THE WARRANTY".

Shows confidence in the product!

A mini golden age of sorts