From £41,9407
Share review
Impressive comfort, improved dynamics and upgraded interior make the RX as close to rivals as it's ever been
Share
Open gallery
Close

The proverbial underdog of the large luxury SUV segment in Europe. Last year, Lexus RX sales were just a quarter of those of two key rivals, the BMW X5 and Volvo XC90. But it’s an entirely different story in the US where the RX is top of the segment, selling more than double the amount of its nearest competitor, the Mercedes GLE. All in all, then, the RX is important for Lexus, making up a fifth of global sales.

The model has long been the pioneer for hybrid technology in the large SUV market, having been sold with a hybrid powertrain since 2005. That, alongside quirky styling, allowed the RX to make its mark. Now, four years into the fourth-generation RX, it’s time for Lexus to up its game, not least because most of its rivals now offer an electrified variant.

What’s new? The normal, subtle styling changes including redesigned front and rear bumpers, a rearranged tailpipe layout intended to give it a sportier image plus a grille upgrade to bring it in line with the new UX and ES.

Lexus has revised the suspension set-up in a bid to improve handling, upping use of high-strength adhesives throughout the chassis and installing stiffer anti-roll bars to improve body rigidity, plus there’s a host of technology updates including the ability to use Android Auto and Apple CarPlay.

It also employs the Bladescan adaptive high-beam system – a world first, says Lexus – which uses a rapidly rotating blade-shaped mirror to direct light from the LED headlights. An alternative to the LED matrix lights seen on the Q7, it is said to “provide finer and deeper automatic forward illumination”, to easier spot pedestrians and avoid dazzling drivers. 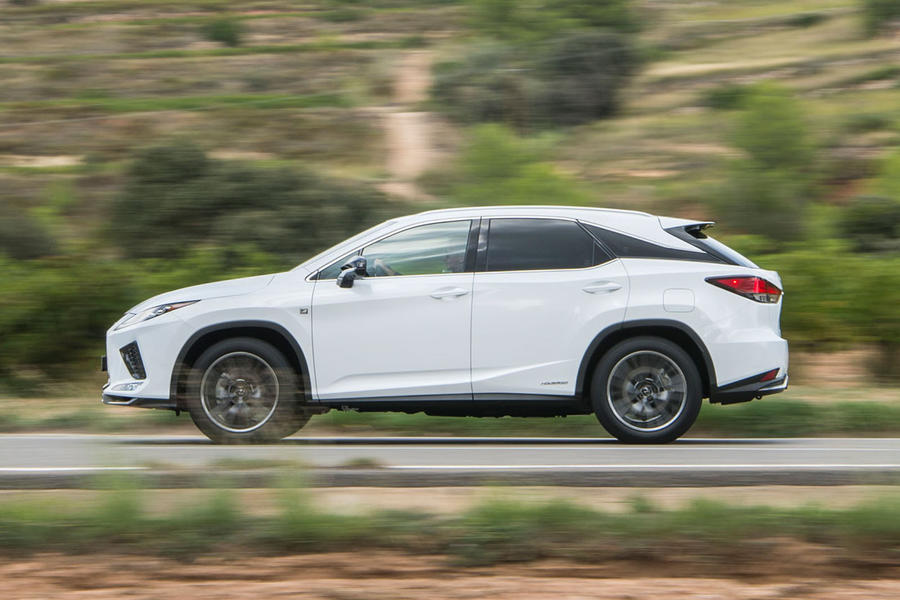 Exactly as Lexus intended, the most noticeable difference over its predecessor is the improved handling of this updated RX. It’s still, inevitably, a heavy SUV lacking performance at its core, but it moves with more finesse than before, particularly around corners. Its steering feel, too, is notably more linear, giving more satisfaction and direction on rural roads or around town. Five driving modes seems overkill for this type of car, but the Sport S is the sweet spot for driving enjoyment on the right roads.

This is not to say that the RX is now on a par with the X5 or the XC90 on the dynamism front, nor does it have to be. Lexus has always had a comfort focus, and nowhere does that feel more fitting than in a luxury, large SUV. Ride comfort is persuasive on this revised model, helped by new adaptive variable suspension (standard on our F Sport-trim car), new shock absorbers and Active Cornering Assist, which helps suppress understeer in cornering and contributes to the more pleasing steering too.

Performance, achieving the benchmark 0-62mph sprint in 7.7sec, is ample, though hampered by the continuous variable transmission. Try to get up to speed briskly, and the straining growl of the CVT can’t help but dampen enthusiasm.

On our test route, there were few times when the RX was in EV mode but, as ever, these hybrids work best crawling around urban sprawls, at which time you could probably achieve a few miles on electric only. Lexus, however, claims the use cases for its hybrids are broader than this. It ran a tracker on a section of the test route, on which the car travelled 41 miles at an average speed of 33mph, and found that the RX was in electric mode 32% of the distance and 40% of the total time.

The plush interior is largely unchanged bar two features: a new touchscreen is positioned nearer to the driver and has better visuals than before, while the overactive controller has changed to a trackpad that is easier to control. The central console’s design remains on the complicated side and is complemented, comically, by a CD player, but that aside, it now has the most important features of its rivals, including Apple CarPlay connectivity and voice control.

Volvo and BMW’s systems are more intuitive – and prettier – but the RX’s interior is luxurious enough to entice potential buyers.

Our £55,205 F Sport model, the second-cheapest in the range, is predicted to be the biggest seller, and is generously equipped before two option packs. The first encompasses a host of safety tech such as rear cross-traffic alert and automatic braking, and the second brings luxuries such as heated rear seats, a Mark Levinson audio system and a 360deg parking camera. 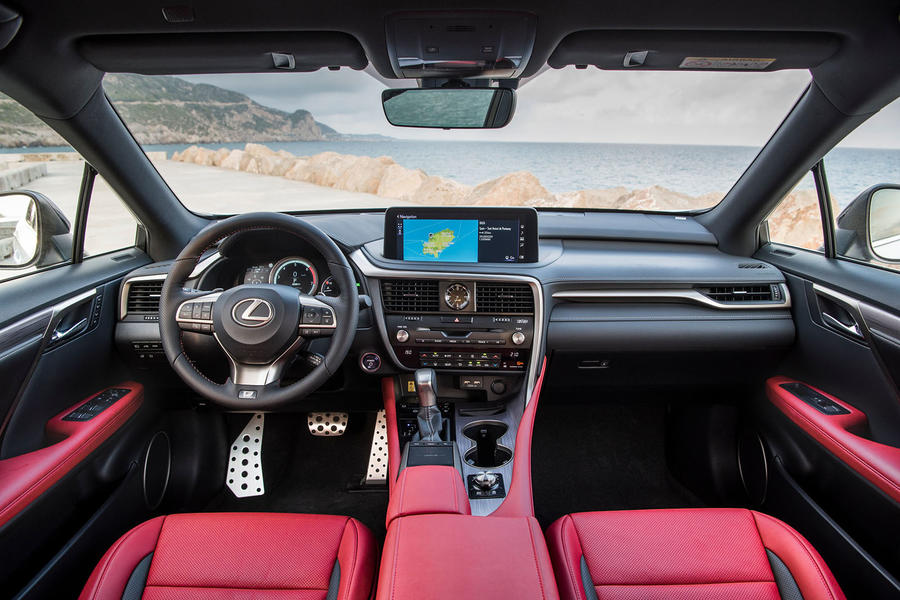 Compared with the more powerful XC90 Twin Engine plug-in hybrid, the RX is a bargain in terms of list price, though it’s a closer call when you consider the CO2 emissions and taxation benefits of a plug-in hybrid over Lexus’s more traditional hybrid set-up. Benefit-in-kind taxation for the Volvo is currently 19% while the RX’s is 30%.

The RX, as it always has been, remains a left-field alternative for those who prefer interesting styling over German brand appeal. It’s not our pick of the crop but this latest update brings it closer than ever to its opponents, buoyed by superb comfort, good equipment and respectable dynamics. 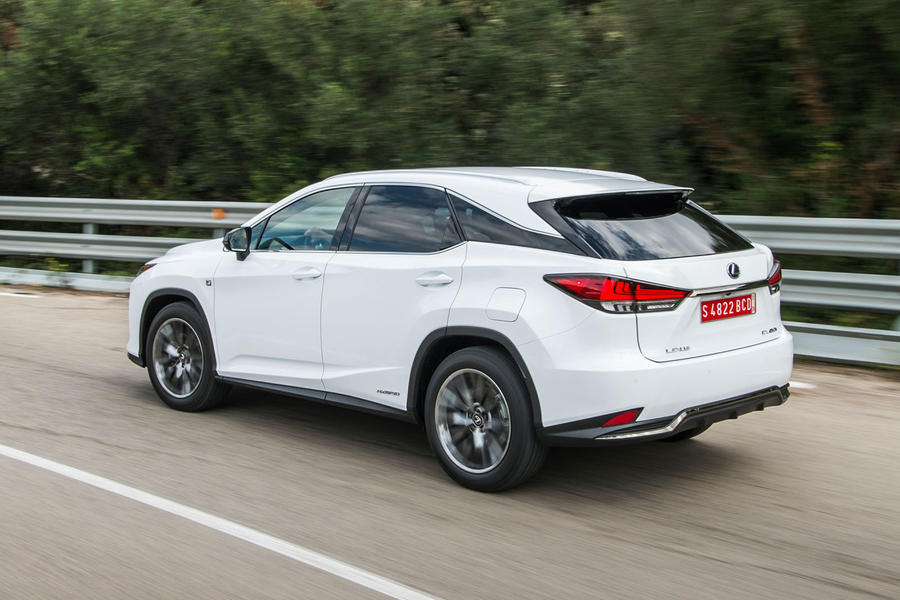 I also much prefer to have a

I also much prefer to have a CD player in a car. Doesnt mean i use it all the time, but i do use them for time to time. Certainly including one is a big plus for me when looking for a car.

As for the car, it seems perfect for the job its intended. There isnt a plug in, because they make the cars their biggest markets want, not tax dodge specials for the EU. I imagine they will come in time.

Love the statement 'remains a leftfield choice for those who prefer interesting styling over German brand appeal'.

Couldn't agree more with TheDriver's comments. For those of us who listen to music, not tunes, a CD player in the car (and one from which you can save the CD to the hard drive) is the most desirable set-up. Well done BMW for continuing to install them (except in the supposedly youth orientated Mini range).

Why all the comparisions to the XC90, that's a 7 seater, this is only 5 isn't it despite being nearly the same length?  An XC60 that's easier to park might be a better match.

Are are too many of those 5 meters of length taken up by engine, battery etc and inefficient packaging?  All that price, tech, weight and complexity for 35mpg doesn't sound quite so high tech now!