From £69,125
A first glimpse at the new Range Rover PHEV highlights its rough edges, but with some polishing it will add a much needed string to Land Rover's bow
Open gallery
Close

The early days of the electrified car have been quite unusual in terms of which cars have got the technology first.

Normally, it’s the big expensive cars that get the big and expensive new technology first before dripping down to the rest of the market as it becomes more affordable and widely available.

Yet that’s not been the case with electric and plug-in hybrid models, for we’ve seen the likes of £30,000-plus city cars that no one has bought and that have hindered rather than enhanced the inevitable switch to electrification.

Which is even more odd given just how refined, quiet and premium an electric drivetrain is, making it perfect for a big and expensive luxury car in the first place.

Never mind, for the status quo has sorted itself out, and many a luxury car is available with a little 'e' at the end of its name, and an extra hole into it to dispense electricity instead of a fossil fuel.

Now we arrive at arguably the most luxurious car yet to find itself with a little 'e' at the end of its name: the Range Rover.

That draws power from a 13.1kWh lithium ion battery pack located at the rear of the car and charged from a port in the front grille. That battery allows for up to 31 miles of electric-only driving at speeds of up to 85mph, and a full charge of that battery can take 2hr 45mins with the right 32-amp wallbox charger.

And that plug-in hybrid drivetrain, Jaguar Land Rover’s first, sits in an overhauled Range Rover body, promising the greatest levels of luxury and comfort yet. We’re testing here in close to production but still prototype form for a first taste. 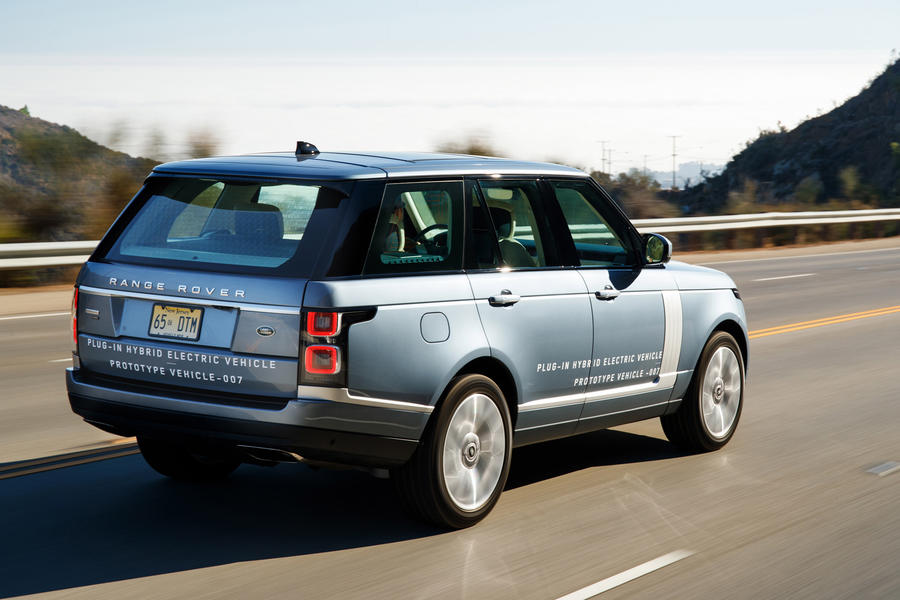 'Don’t change it, just make it better' was the brief for this heavily revised (and it’s more revised than it looks) version of the king of luxury SUVs, but on this brief first impression, an early eyebrow is raised at the plug-in hybrid drivetrain’s realisation of that brief.

The drivetrain’s distribution of electric and petrol power isn’t seamless, making the driver an unwelcome part of the process, the brakes are quite grabby, and the ride is crashy and has lost its suppleness with the extra weight of the hybrid drivetrain, taking the car above two-and-a-half tonnes.

But, remember, this is a prototype drive, and there is development work still to be done, and those are exactly the things Land Rover engineers point to improving before the P400e reaches production next spring, including adjusting the damper settings to take account of the extra weight.

The Range Rover Sport we also briefly tested was evidence of how much better the integration can be: it’s being launched ahead of the Range Rover in January in China first so work on it is practically complete.

It had a ride quality as it should, and was more seamless in its power shift between petrol and electric propulsion, although our drive of it was shorter and dominated by a traffic jam. Still, the car made for a quiet, relaxing companion.

One thing Land Rover’s engineers might struggle to fix on the P400e is what happens when the battery runs out. The four-cylinder engine was vocal in its propulsion, lacking the refinement and grunt of the big V6 and V8 diesels we’ve become so accustomed to in Land Rover’s flagship models; they’re simply fighting physics here. To that end, you’d best make full use of those 31 miles of electric range.

To do so, you can select from different driving modes, the P400e running in default in Parallel Hybrid mode where the engine and electric motor work together to best mix performance and economy. You can then choose to run it in full EV mode, where we suspect it will be at its most refined best, or to save electric power for later in the journey. However, unlike the pure EV mode, the Save mode is hidden behind a few menus on the touchscreen rather than as a button on the centre tunnel, which is strange as it feels of quite some importance and significance.

Off-road performance is also claimed to be enhanced rather than hindered, the electric motor providing maximum torque from 0rpm to all four wheels, which allows for even greater control on tougher terrain.

What else is new? Frankly, lots - the gen describing all its new features runs to 32 pages, giving you some idea that the changes are greater than a mere facelift, however the car may look visually at a first glance.

That subtly evolved look aside, the changes range from making the body stiffer (although the damper tuning failed to see the body control at its best), the steering more communicative (it had extra weight, if not extra feel), the adoption of the dual infotainment set-up first seen on the Range Rover Velar, and thicker glass for the windows to make the cabin even quieter.

One really killer feature worthy of a longer mention is the new, wider, comfier seats. They need to find their way into DFS so I can enjoy them in my front room such is their comfort, and it’s now easier to electrically manoeuvre them into your ideal position (or allow them to massage, heat or cool) following the relocation of the controls onto the door panel, another welcome feature. There is work still to be done in the Range Rover P400e to make it more competitive before its launch in March, but evidence from the Range Rover Sport 400e shows that the improvements are well within Land Rover’s capabilities to make.

If executed, they will broaden the Range Rover’s appeal without making it the most appealing Range Rover, for it will be suited to those who mainly do short urban journeys and can drive the car solely on electric power most of the time.

Plenty of those people do exist (around one in five buyers, Land Rover reckons), as do those who still crave a big range and world-class refinement. For them, still nothing can top a big diesel engine. 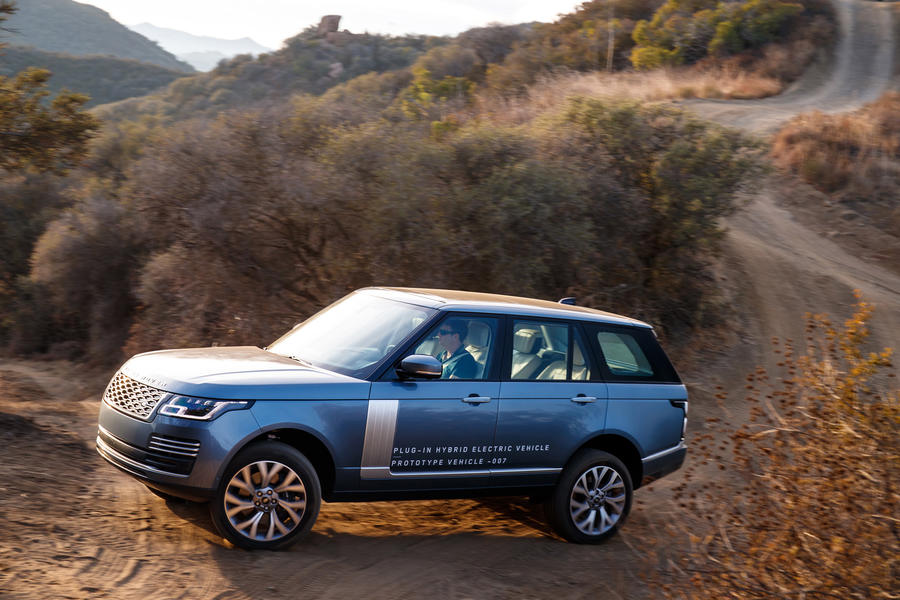 Truer words never spoken & better than I could articulate my problems to do my essay: "50% more brake horse power maybe, not 50% more torque".

To mention "Diesel" in public now seems like anthema.....yet a 2.5ltr 285Kw TD5 coupled to an 85Kw elec motor would've bn quite a sweetspot. Would probably end up with 300kw and some heft of torque on tap...for the true off-roader and great lux-tourer that Range Rover's meant to be! But then again, that has to be sacrificed yet we have cargo ships oversized for the suez canal almost....