Not long ago, this version of the latest Discovery Sport would have been decisively the biggest seller of the range. We all know why it will sell more slowly these days, but the fact remains that a fat 317lb ft slug of torque served early is just what an off-roader, a family seven-seater and a tow car need to best deliver on their mission.

The Discovery Sport is all of these things, of course, besides being a civilised long distance machine that, when equipped with this 178bhp 2.0 turbodiesel engine, is capable of fuel economy that shouldn’t alarm. This despite the fact that it weighs 1953kg, a fair old hunk of heft for a vehicle that is a direct descendant of the Freelander.

That heft is a slightly greater burden than the previous Discovery Sport carried, in part because this new one comes as a mild hybrid with 48-volt electrics, as well as a nine-speed automatic gearbox and, many existing Disco Sport owners will perhaps ruefully note, an enlarged fuel tank.

There’s a lot more that’s new than this brief list and the tweaked bumpers and lighting suggest, too. The Disco Sport has undergone the unusual automotive equivalent of having a heart, lung and liver transplant – it now rides on an entirely new platform. You can probably list the cars that have undergone a mid-life platform transplant on the stalks of one steering column, but the Disco Sport has undergone one in order that it shares the innards of the latest Evoque, allowing the aforementioned 48-volt hybridisation to be offered. 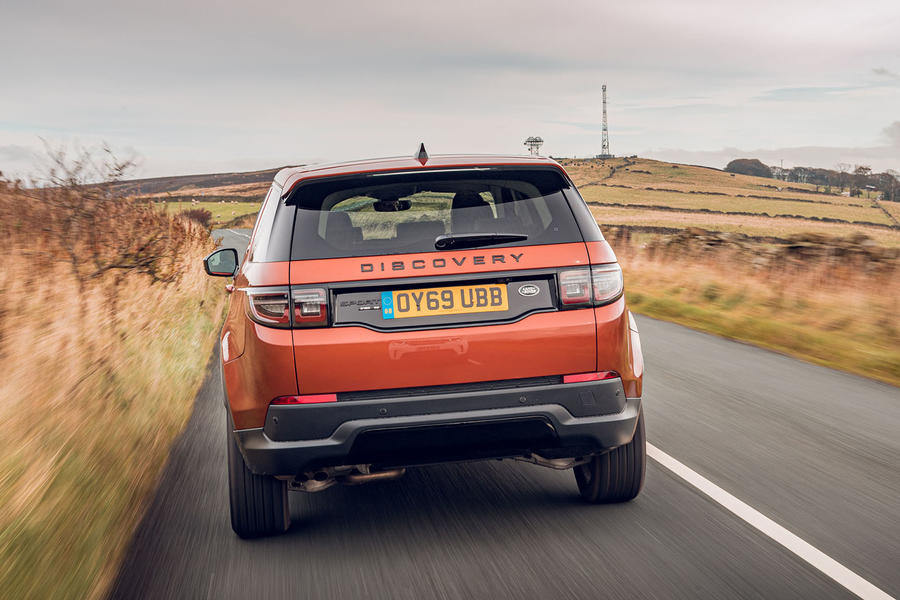 Never mind the industrial logic, the result is a much-improved Discovery Sport, particularly on the refinement front. Your isolation from the commotion of motion is pleasingly complete, if not to the point that you feel divorced from what's going on.

The Ingenium diesel engine is still identifiable as such when moving off, but on the move it’s as subdued as a dozing dog. There are occasions when the transmission can appear similarly dozy, but it’s more alert than it was in the D240 Discovery Sport recently tested. Suddenly demanding the car to get up and go sometimes prompts a momentary freeze before a gear is abruptly delivered, but when you’re properly on the move the gearbox oozes smoothly between its upper ratios.

Briskly tackling a twisting B-road will soon demonstrate the value of these tremor-free shifts; the Discovery consumes bends, dips and crests with a composure you wouldn’t necessarily expect of a seven-seater, at least when lightly loaded. It piles into bends without pause, without much roll and with a surety that almost earns it the Sport element of its name. This is not a car you can steer with the throttle, though, and feel through the steering wheel rim does little to signal an impending absence of grip, but you’ll be surprised at the enjoyment to be found in cracking on.

The ride is pretty good too, unless you hit sharp-edged potholes or big camber changes. All of this is combined with go-anywhere capabilities that are unlikely to be tapped by most owners. The new Premium Transverse Architecture brings with it electronic wheel-management technologies that will propel this Disco up and down plenty of steep, slippery slopes, as long as you learn that when the wheels spin, the solution is to accelerate harder. It’s utterly counter-intuitive, but mindless throttle-tramping is what enables the Disco’s all-terrain brain to select the best bundle of algorithms to help you out of your hole. And’s that’s on all-season tyres rather than specially-confected grippers of earth, sand and shale.

More relevant to most owners, whose Land Rover adventures occur more in the mind than off-road, are a new touchscreen interface, new digital or part-digital instruments and significantly more cabin storage space, while the sliding middle row is now split 40:20:40. The redesigned seats include an optional massage facility up front and there's that optional third seating row, which is unusual for this class. 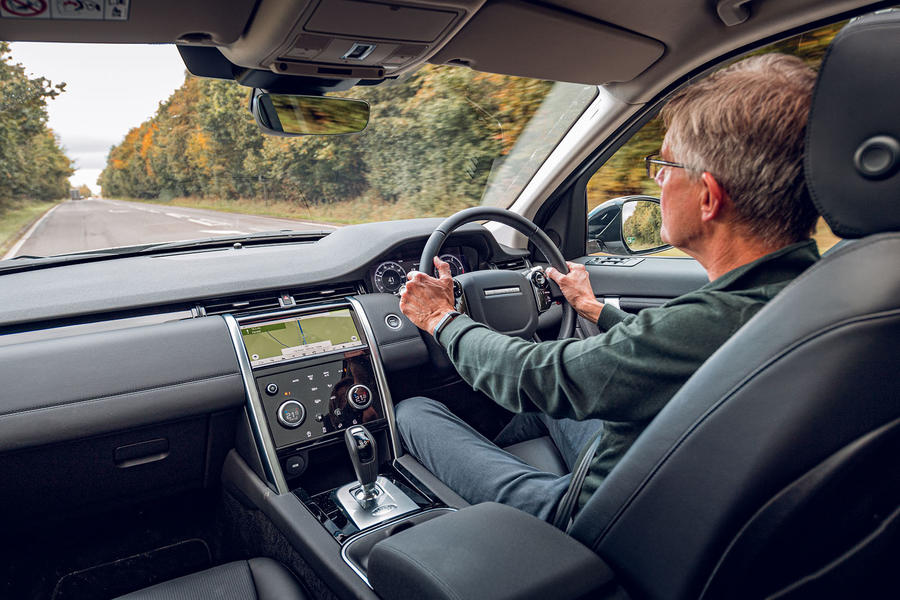 Unlike many facelifts, this one has real substance, much of it unseen. You get a lot of very useful car for your money, if not an especially economical or fast car. But if a comfortable, capable, go-anywhere family beast of burden is your need, this must be a front-runner. 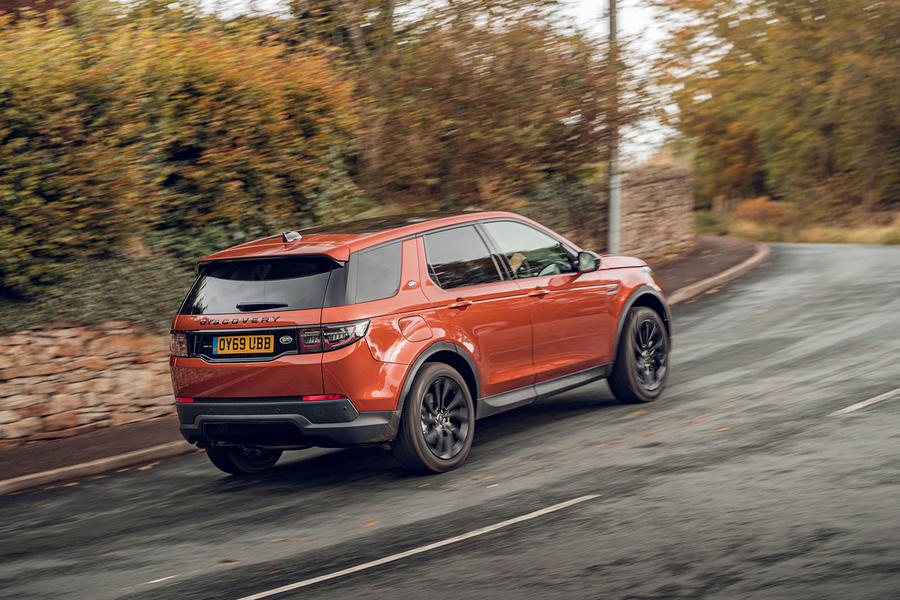 Traced back to Focus

NOT an "entirely new platform

NOT an "entirely new platform", but a heavy reworking of the previous platform which can trace its lineage back to the previous Ford Mondeo/Galaxy/S-Max/Volvo S60 etc.

I wonder if JLR have sorted out the many problems with the DPF location on the Ingenium diesels with this facelift?

Land Rover naming all to pot.

We all know this is really a Freelander and the new Defeneder is really the new Discovery.

The real Defender replacement will probably be made by Ineos or Toyota as Landrover don’t seem to want to go there.....