This is the new Discovery Sport, refreshed after four years in the field not only with the obligatory mid-life makeover of revised bumpers and headlights, but the rather surprising renewal of its entire platform.

That’s an expensive thing for a manufacturer to do, but makes more sense when you realise that the latest Discovery Sport has migrated to Jaguar Land Rover’s new Premium Transverse Architecture (PTA), as used by the latest Evoque, which is built in the same Halewood factory as the smaller Disco. The motivation is still more apparent when you consider that JLR has stated that every one of its models will be electrified by 2020, the PTA platform allowing just that via its 48V electrical architecture.

All Discovery Sports equipped with automatic transmission are fitted with a kinetic energy-harvesting belt-driven starter-generator and storage battery as standard. The power it stores assists the internal combustion engine when there are momentary torque shortfalls.

Further fuel-saving technology includes the automatic disengagement of the rear axle during steady-state cruising to reduce friction losses, while the stop-start system kills the engine as the car’s speed passes below 11mph. More immediately obvious (optional) technology includes the smart interior mirror that effectively removes rear vision-obscuring headrests, pillars and occupants’ heads, and Ground View technology that effectively turns the car transparent ahead of the windscreen base – useful when off-roading in forest or when in city.

Further electrical upgrades include updated infotainment, a new touch panel to control the in-cabin climate and the improved all-terrain response system, as well as wireless phone charging, a reversing camera and tow assist (the Disco Sport is able to lug up to 2500kg). 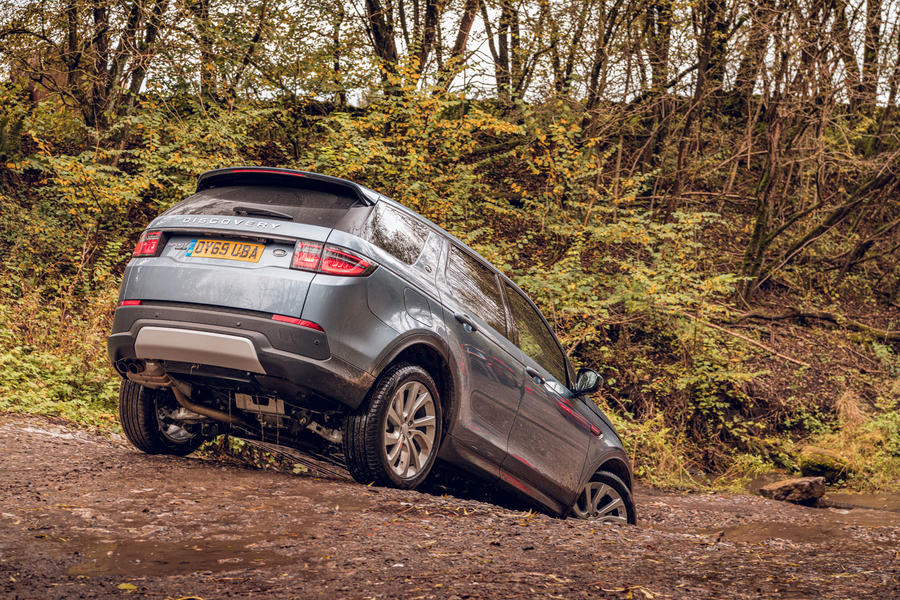 Familiar, but when you climb inside, different. The broad architecture of the dashboard is the same, but the instruments, the centre console and even the steering wheel are new, their redesign driven by the desire to incorporate touchscreen controls and digital or part-digital instrument packs. The centre console’s controls are less obvious to use than the previous system of physical buttons, but you soon get used to them.

What you’ll also get used to, and enjoy, is this Discovery Sport’s improved aura of refined sophistication, which ranges from general in-cabin noise suppression to its remarkable composure when pressed hard and fast into bends. Consider that this car weighs the best part of two tonnes, that it’s tall and its chassis is configured for truly serious off-roading, and that accomplishment is all the more remarkable. Its crisp turn-in, confident grip and well-calibrated body roll are complemented by immediate, precise and well-weighted steering. True, there’s not much feel to tell you that the grip limit is arriving, but no matter – this is a family wagon, not a track car.

It is, however, a masterful off-the-beaten track vehicle – the more advanced terrain response system, an altered and balance-enhancing weight distribution, and 600mm worth of wading depth all make apparently light work of terrain that would test the driver of an old-school Defender as much as they would the vehicle.

There is a price for all this capability, though, with the 2.0-litre working pretty hard to pull 1826kg’s worth of hardware enveloped within a bulky body. During an admittedly enthusiastic cross-country drive, the P200 returned only 20.8mpg over 120 miles at an average speed of 38mph, according to the trip computer. And that was one-up. The D180 is capable of going 50% further on a gallon, reminding us how well suited diesels are to heavy lifting.

The P200 doesn’t feel as brisk as its 9.0sec-to-62mph time suggests, either – overtaking hardly lightning fast. But the engine is smoothly subdued when revved, the nine-speed transmission shuffles its upper gears with aplomb if you don’t demand a multi-gear kickdown, and cruising is effortless. The transmission sometimes dithers when asked to drop several ratios at once, or when you reapply power after coasting at low speeds, but mostly you don’t notice it. 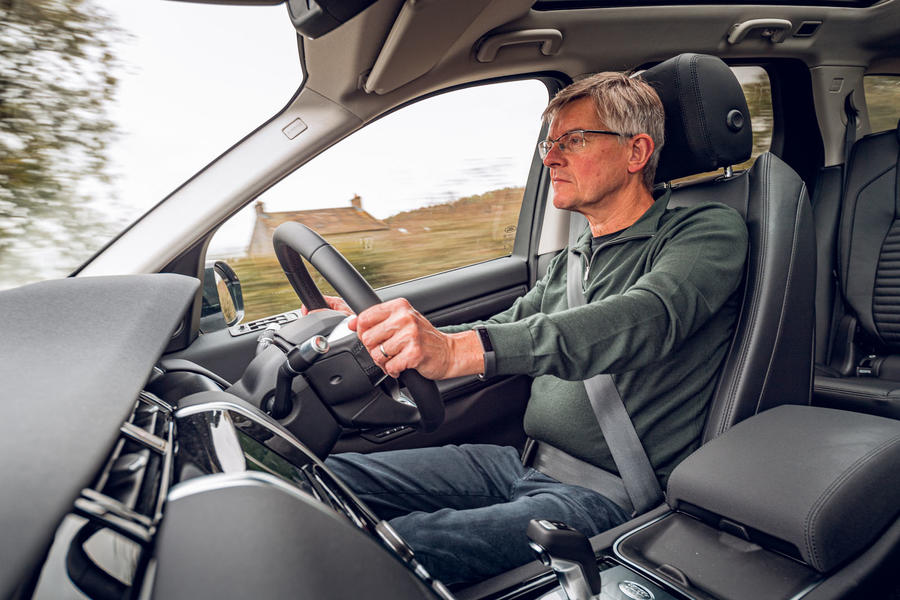 If you need this car’s very considerable range of abilities and have turned completely anti-diesel, then this petrol Discovery Sport is the way to go – if you can stomach fuel consumption in the low 20s and the occasional performance shortfall.

It’s a highly accomplished all-rounder, playing refined long-distance cruiser, load carrier, tow-car, off-roader par excellence and school bus with ease. And when you’re solo on some twisties, you can enjoy an impressively capable chassis, too. A shame it’s penalised by its weight, but that’s the consequence of being so versatile and voluminous. 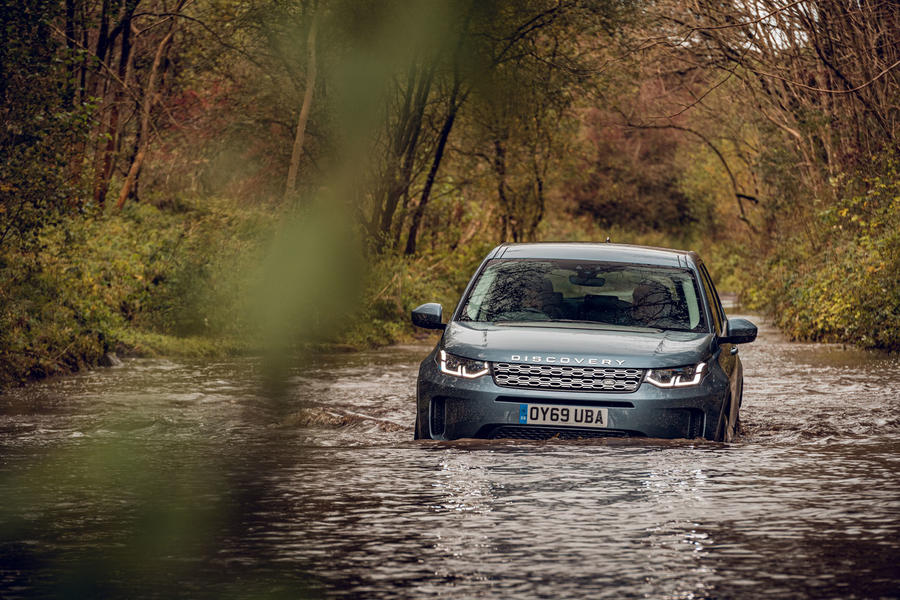