From £28,7457
Share review
Kia's seven-seat SUV has had a mid-life facelift and is loaded with kit. Is that enough for this range-topping version to match premium rivals such as the Land Rover Discovery Sport?
Share
Open gallery
Close

It’s quite a story that the vast upturn in quality of Kia’s cars over the past decade and a bit has now reached the point where people will part with more than 40 grand for one. And people really do; almost a quarter of the roughly 3300 Sorentos or so sold each year have been the top-spec model, with dealers reporting customers even chopping in the likes of Audi Q5s, BMW X5s and even Mercedes-Benz E-Classes to get one.

And now the Sorento has had a minor nip and tuck, just shy of three years into its life, Kia being known for its short five-year product cycles.

The KX-4 trim is no more, replaced with a new GT-Line S trim, with a GT-Line trim offered lower down the range. It’s more of the same really - think loads of kit, and then a bit more on top for only a few quid more - but made sportier-looking, Kia being all about GTs and the like now, as the ‘sporty’ side of the Hyundai-Kia group.

You can only get one engine no matter what Sorento trim you go for, a 2.2-litre diesel with 197bhp and 325 lb ft. It’s the same engine as before, but it’s hooked up to a new eight-speed automatic gearbox, driving all through wheels in a chassis that’s unchanged. 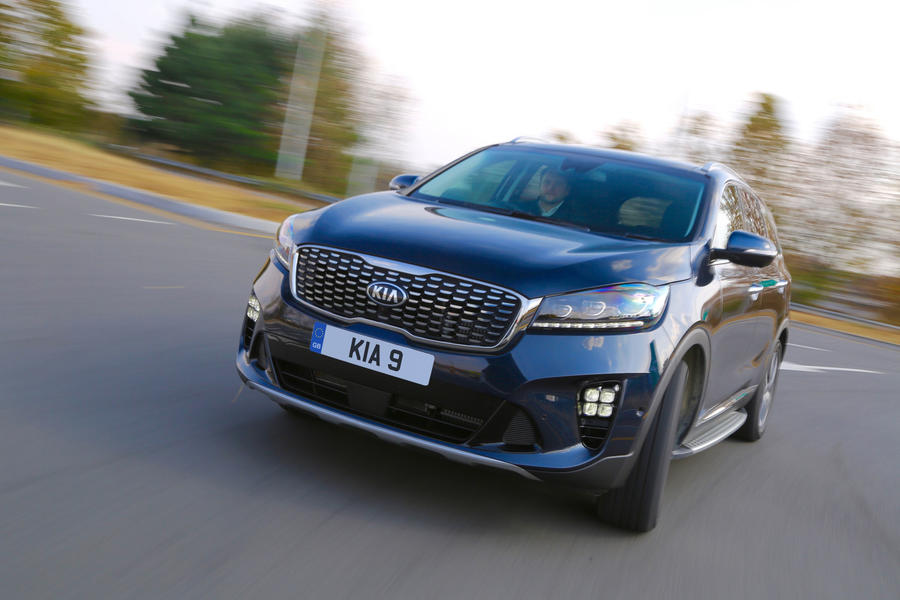 The Sorento feels built to last. With standard all-wheel drive and seven seats, this is a car built on a proper SUV architecture, not a crossover spun off a big family hatchback’s underpinnings. As such, it feels solid and robust, built for towing things, filling with people big and small, and whatever they want to bring with them.

The drivetrain is good but not outstanding, making for a car best enjoyed at leisure if you want to avoid its gruff diesel tones filling the cabin under a more heavy application of the right foot. That’s not to say it’s a slouch; quite the opposite, in fact, as its 0-60mph time is commendable for a car of its size and weight. What’s missing is that final level of refinement; when accessing any of the performance, you are made aware of the fact you are in a large, diesel SUV.

The pre-facelift Sorento and its old seven-speed auto’ was noted for its briskness off the line. The new ‘box takes that split second longer to engage, making you think twice about exploiting the gap you’d know you’d make every time before.

That final level of polish is missing on the dynamic front, too. It wallows its way over undulations in the road, and occasionally crashes its way across rougher surfaces, particularly at lower speeds. The handling is predictable, as is the steering. The car will never say boo to you, nor will it ever encourage you to forgot the fact you might be carrying six others and enjoy yourself. It’s too sensible for that. 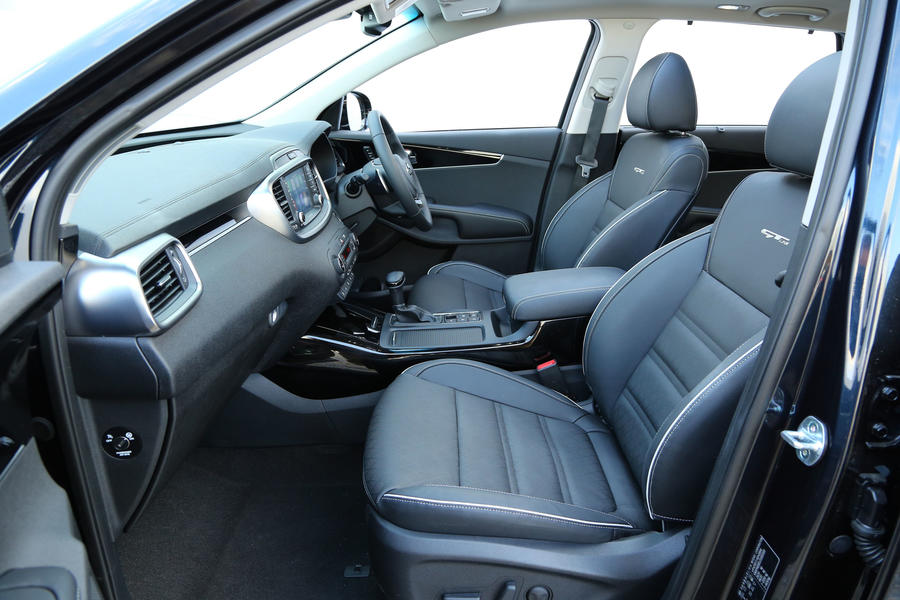 Best sit back into the relaxing front seats and enjoy the cabin’s mighty equipment levels. The materials are nearly all soft to the touch, and mix robustness with even the occasional flash of luxury with the nice stitching on the leather chairs, for example.

The cabin design and layout could do with some more cohesion. The amount of technology and switches in there is almost overhwhelming, with a good study of the switchgear and various control functions needed to see if you want to turn the blind spot monitoring system on or off, make the England cricket team’s latest defeat disappear from your DAB radio, or play around with the different driving modes next to the gear shifter.

Then there’s that final level of polish again. What a Land Rover Discovery Sport - or any Land Rover for that matter – nails is the art of pinching the steering wheel with your fingers at three and nine on the steering wheel, your elbows resting in a line on the arm rests. The foot rest for your left peg is also a bit too big and intrusive, and made me fidget around in the footwell on longer journeys. Such mastery of SUV ergonomics is something Kia must still conquer.

Perhaps it’s harsh to criticise the Sorento for Kia not yet having taken that significant final step of adding the polish and sophistication offered by rivals, but then Kia has made the Sorento a £40,000 car (it can though be had for £28,995 in its most basic form), and it raises at least an eyebrow and a half with it.

What Kia has done is made a proper seven-seat, all-wheel drive SUV at a price with every bell and whistle already included, that’s already proving tempting to many who will revel in owning it, if not driving it. The sweet spot, then, lies lower down the range at closer to £30k than £40k where you get the same car if not quite all the top-spec technology, a place from which Kia’s giant-killing act still makes its latest compelling case. 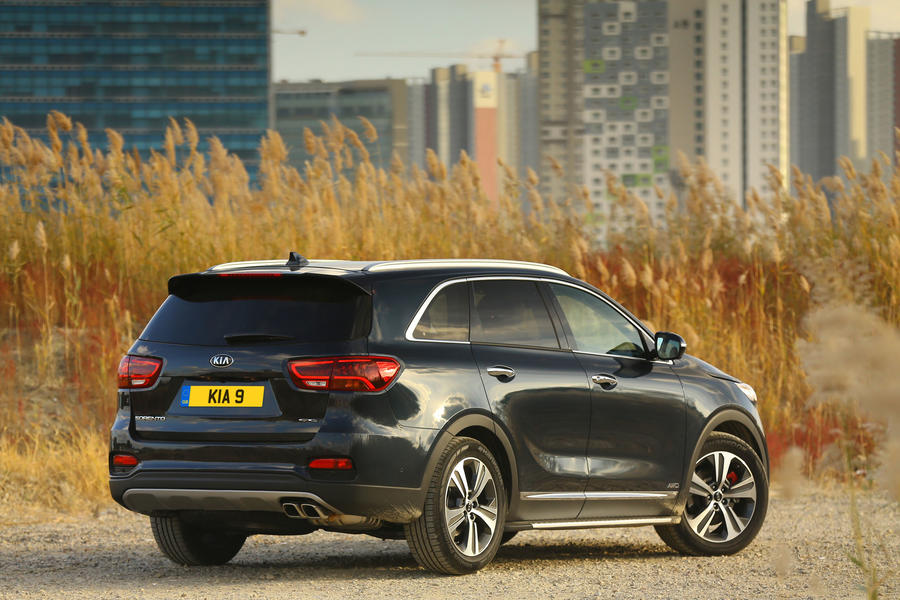 This is really aimed at families and when viewed in that context, sensible running costs and a 7 year warranty have real merit compared to 'premium' rivals. And yet it still manages to look smart and do most of the basics well. I have to agree that the sweet spot in the range is nearer the bottom than the top.

what's going on with that

what's going on with that front end? Looks like the DS7 and could be anything really. It's like Kia's scond difficult album.