From £25,7158
New PHEV offers more EV range, bolder looks and new tech, but will that be enough?
Open gallery
Close

It’s brave of Kia to have made such a drastic departure from the previous generation with this new Kia Niro.

After all, despite being the blandest-looking car you could imagine, that now-defunct model was a runaway success. Mostly driven by demand for the long-range EV version, it whipped up such a fervour among those seeking a family EV that it’s a wonder we didn’t see Bonhams running Korean hatchback events.

The good news is that the new Niro has all the hallmarks of continuing to be an aspirational model for those people after a practical yet well-priced electrified family hatchback. Based on the company’s new K2 platform, the Niro is offered with the same powertrain line-up as before: a full hybrid, a plug-in hybrid and a full EV, the first two complete with a naturally aspirated 1.6 GDI petrol engine. 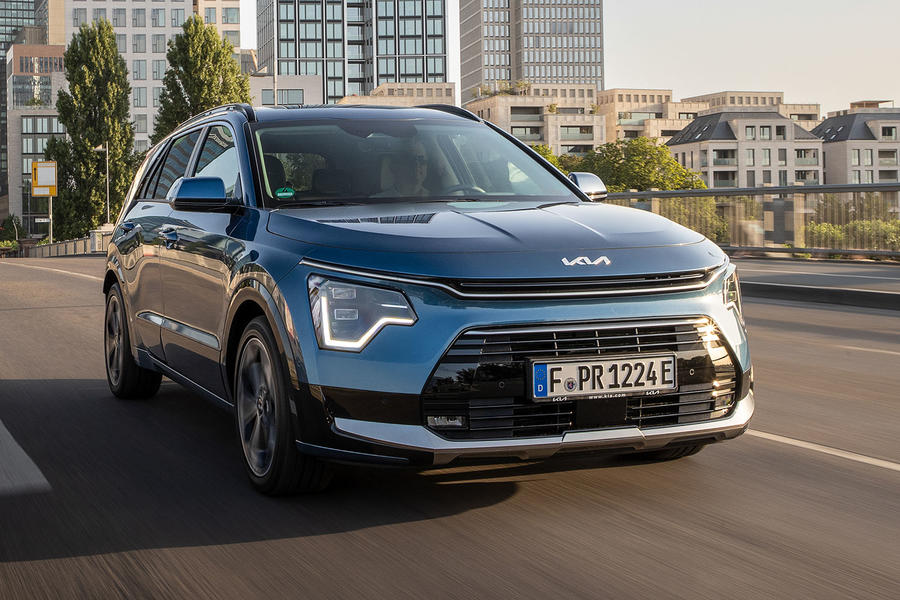 We’ve already driven versions of the hybrid and EV, so here we’re focusing on the plug-in hybrid. The significant powertrain news here is that the battery is bigger. Up from 8.9kWh to 11.1kWh, it brings a useful jump in the WLTP combined range of up to 36 miles. An 83bhp electric motor works with the 1.6 petrol engine for a total output of 180bhp, which streams through the six-speed dual-clutch automatic gearbox to the front wheels. A Type 2 socket on the flank of the car will suck up enough electricity for a flat to full battery in around 2.5 hours from a standard home wallbox.

It’s a predictably pleasant and refined way to get about, the new Niro PHEV. There’s very little whine from the motor as you set off, which you can do with greater urgency than you might expect, given the moderately slovenly 0-62mph time of 9.6sec. There’s quite a noticeable thrum as the petrol engine kicks in, but vibration is kept to a minimum and the engine stays quiet so long as you don’t rev it too hard.

Which you’re not terribly inclined to do, because the engine sounds coarse and noisy without delivering much recompense in acceleration, and even without the fun deterrent that this underwhelming 1.6-litre engine undoubtedly is, this simply isn’t a car that encourages spirited driving. 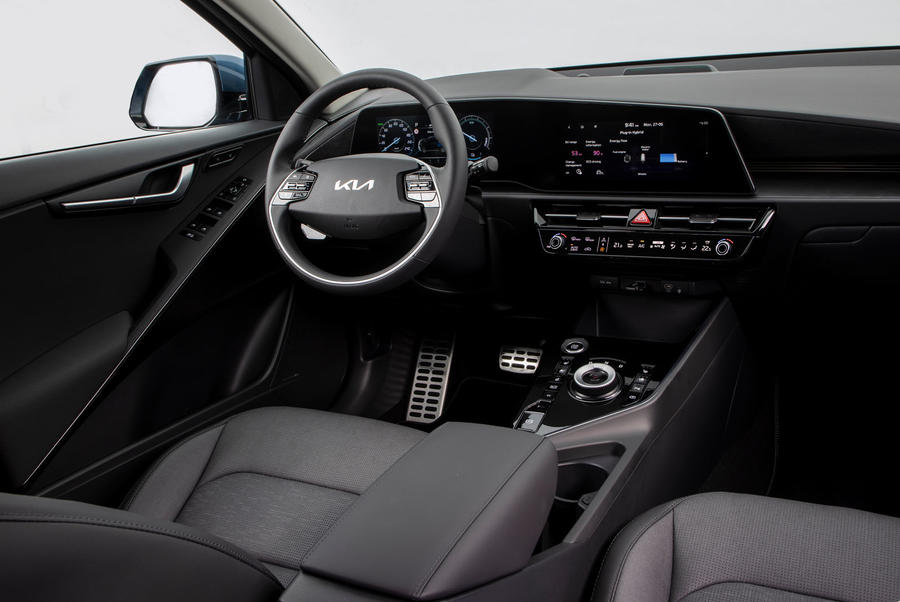 Nor does it need to. Sure, it’s got a Sport mode that brings heavier steering, wakes the petrol engine and turns the steering-wheel-mounted paddles (which you more commonly use to toggle through the brake regen modes) into gearshift paddles. But even with that in action, the steering still feels very anodyne – nicely weighted and predictable for everyday driving, but never engaging.

The Niro PHEV is comfortable and relaxed, though, which is far more relevant to its likely use. Our high-spec test car came on 18in alloy wheels that bring a slightly chatty ride around town, but it’s never intrusive enough to bother you, and it settles nicely at higher speeds.

Ultimately, the Niro PHEV is at its best when you’re at a steady gait, enjoying the confident, easy-going progress. It’s not a car you buy for its dynamic effervescence, certainly, but it is one that you can find satisfaction in driving – especially when you’re enjoying the hushed, seamless ebb and flow of EV mode. Hopefully, that’ll be more often than not, as we saw a real-world range of around 30 miles over a varied route that included a stint of motorway driving.

There has been a big improvement inside the Niro PHEV, too, where you get many of the styling cues and tech features from the Kia EV6, including the twin screens set into a single display (featuring a smaller, 8.0in touchscreen on the basic 2-trim model and a 10.0in affair on all the others). An array of touch-sensitive shortcut buttons allow you to switch between either air-con controls or infotainment shortcuts, which is a neat trick.

More than that, the new Niro has grown in most dimensions over its predecessor. It now measures 4.42m long and also has slimmer, EV6-style front seats, leaving a truly impressive amount of rear passenger space that’s right up there with bigger SUV alternatives like the Ford Kuga. The PHEV does lose the underfloor boot space of the other Niro models, but its 348 litres of luggage capacity (compared with 451 in the full hybrid and 475 in the EV) takes the form of a nice, squared-off boot that’ll house a chunky buggy or a sizeable dog with relative ease. It will now tow up to 1300kg as well.

The bigger problem might be that the Niro is no longer quite the bargain it once was. For the price of the mid-spec 3 (which gets keyless entry and heated seats so is likely to be a popular one for retail buyers), you could have a high-spec Skoda Octavia iV, which has a much better boot and costs less. Monthly PCP costs do look good on the Niro, though, with Kia expecting the Niro PHEV to start at around £360 per month with a 10% deposit, so it promises to be really competitive on that crucial front.

The Niro is not without competition, then, and it remains at its best in EV form – which Kia expects to account for well over 50% of sales, whereas the PHEV may be as little as 5%. Even so, as compact SUV plug-in hybrids go, this one remains one of the best on balance of comfort, tech, cost and efficiency. 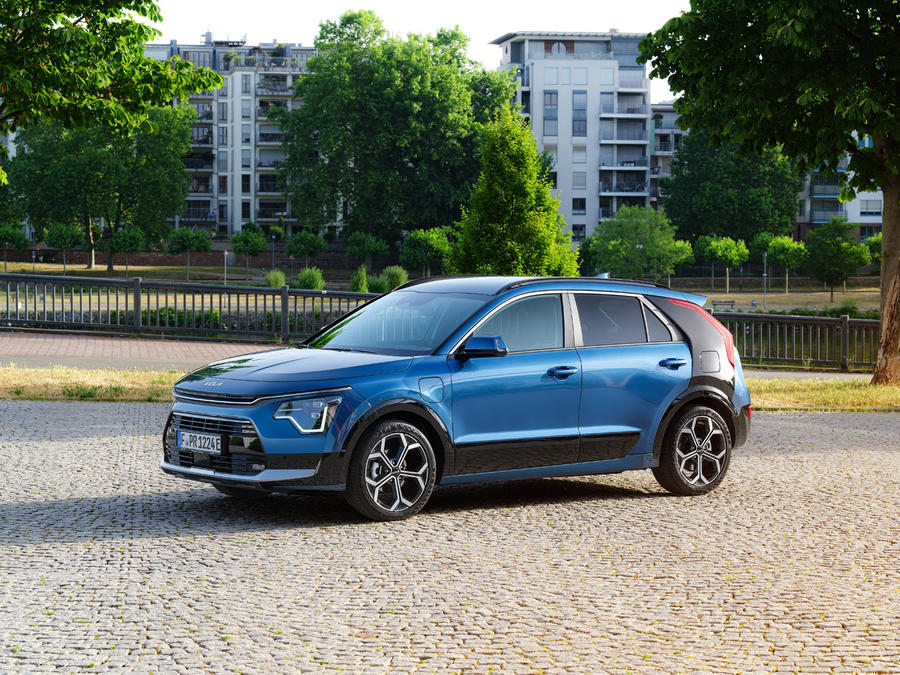 294 mpg oh how I laughed at the tax dodging phev.

I'm noticing on some of these newer Crossovers that you get an impressive dash/instrument / media pack, then get in the back seat and it's crappy plastics, cheap carpet. I can live with that on a sub £20K car, but when you're pushing £40k because of the complex powertrain, it makes a lot of these offerings seem really poor value.

They'll blame everything under the sun for lack of new car sales - the reason seems pretty damned obvious to me.