The secret behind this car’s glory emerges the instant that you slow it down.

Press the shiny black metal middle pedal and the Jaguar C-Type decelerates with surprising strength, so effective are its discs and their Dunlop hydraulic calipers. It was this mighty ability to shed speed that helped it to win the 1953 Le Mans 24 Hours race. Not that this was the C-Type’s first Le Mans victory: it won in 1951, too, and at the first time of trying, then running with drum brakes against less threatening opposition.

The exhaust roars and occasionally pops explosively, air rushes past you and the twin cam six delivers its considerable urge against a rising crescendo of combustive activity

Why are we telling you about an event that occurred 70-odd years ago? Because Jaguar has for the first time allowed a drive in one of its so-called Continuation C-Types, a 21st-century, forensic recreation of the special-bodied Competition version (hence C-Type) of the XK120 sports car.

The trigger for this new build of an old car was the 70th anniversary of that first Le Mans victory, although this recreated C-Type is far from the first Jaguar Continuation model, with new versions of the Jaguar XKSS, Jaguar D-Type, Jaguar E-Type Lightweight and the standard Jaguar E-Type all having been produced in tiny quantities. 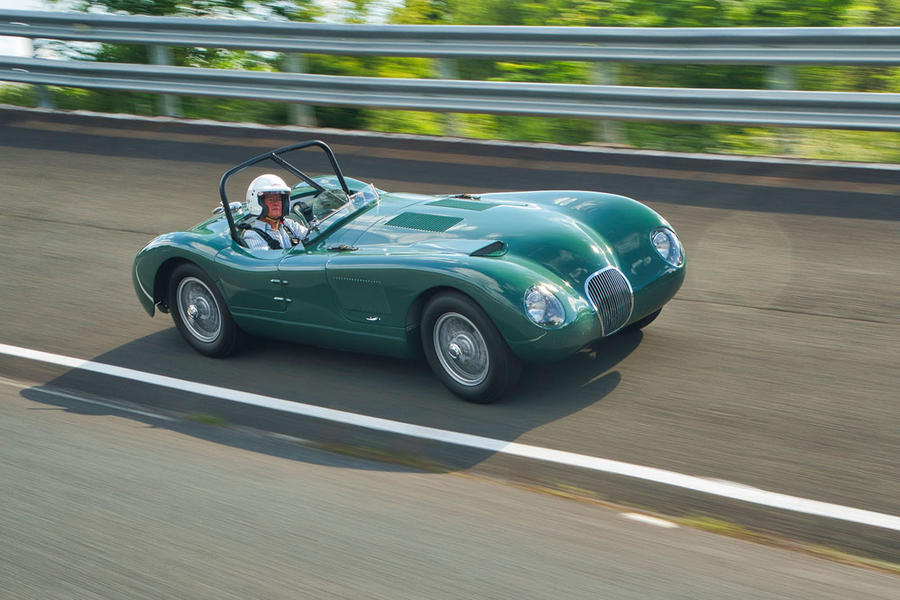 The Gen3 Formula E car pictured at its London showing

Exclusive: Jaguar to return in 2025 with trio of electric sports SUVs

Exclusive: Jaguar to return in 2025 with trio of electric sports SUVs

JLR to launch raft of EVs in next three years

In the C-Type’s case, the run is of 16 cars, and if you have a loose £1.5 million (plus taxes), you can have one of the final eight cars. It's an absurd price on one level of course, less so if you consider that one of the original 53 cars will cost you upwards of £3m.

When you learn of the work that has gone into the recreation of this car you begin to realise how a seven-digit price tag develops. The 3.4-litre XK engine block has been retooled. The complex Dunlop disc brake system, developed out of early-1950s aviation technology, has been reverse-engineered. Intensive detail work followed the recreation of the car in digital form from original blueprints and the measurement of original cars.

The 1953 Le Mans-winning iteration of the C-Type was chosen for recreation, this version featuring the-then revolutionary disc brakes and triple Weber carburation for a 220bhp power output. 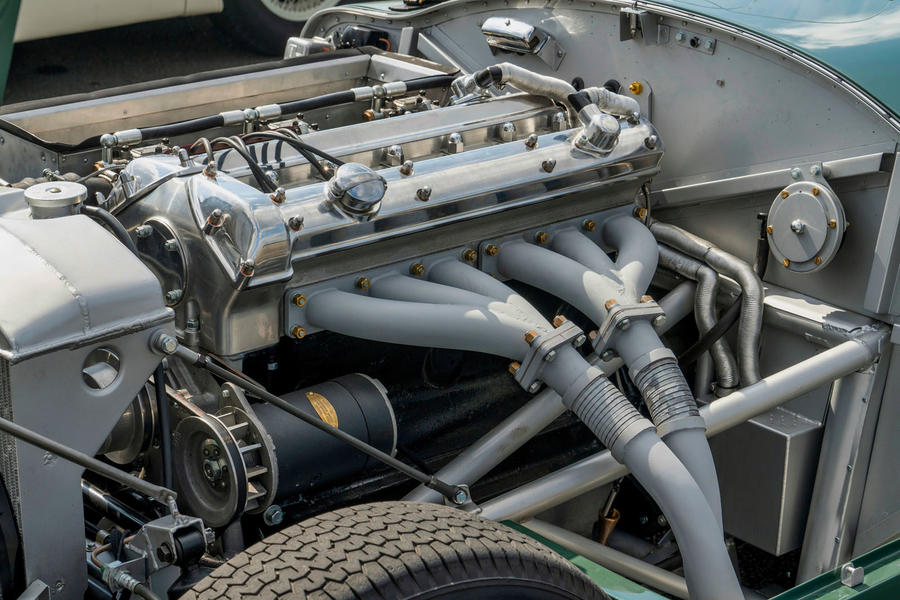 As it weighs only 1063kg, this C-Type goes really rather well – and feels appealingly odd, too. The oddness stems from the car’s newness. Even aboard an expensively restored old car, you’re likely to find components that hint at its age. Not so in this Jaguar, where every old-fashioned-looking item is new and consistently so. That extends to the physical experience, too, this car feeling taut, tight, strong and rattle-free, just as a new car should.

Although it isn’t quiet. The exhaust roars and occasionally pops explosively, air rushes past you and the twin-cam six delivers its considerable urge against a rising crescendo of combustive activity. Yet you can easily detect the XK engine’s innately silken character, an occasional pick-up stumble reminding you that it’s carburettor-fed.

Stumbles are more likely from you, the driver, until you’re familiar, the synchromesh-free gearbox requiring deft footwork, as does the sudden clutch. Still, the rack-and-pinion steering is far superior to the recirculating-ball variety of the standard XK120, which feels like you’re pushing against a very heavy item of furniture. It’s much lighter in the C-Type, allowing for a less nautically dimensioned wheel and the chance to pick up intel on the state of the road and the tyres’ purchase on it. 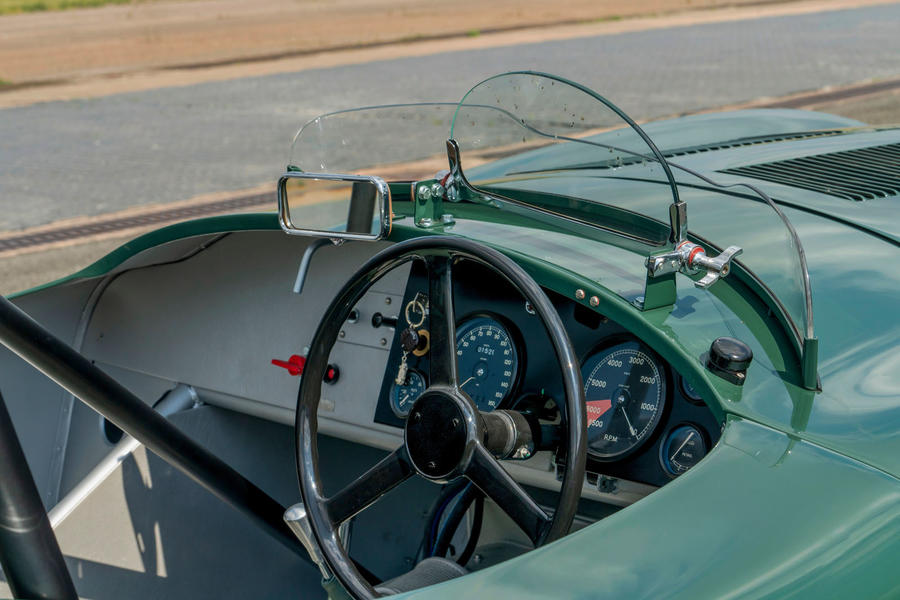 This is a car that can be made to dance in four-wheel drifts, although not by this driver, despite the steering’s accuracy and the line-tightening that a closed throttle will induce. It’s three-figure brisk – and impressively stable – on the test track’s straights and quick through corners once mastered. And a track is the best place for it, not only because that’s what the original was built for but also because this 2021 C-Type can't legally be driven on the road.

It’s (very) expensive, but as an historical track day tool or a period racer, it’s a joy – as is merely looking at it, admiring its quality and marvelling at the fact that that which appears to be 70 years old is in fact new.