From £15,7497
Arctic Trucks works its peculiar magic on the Isuzu D-Max to create the latest AT35
Open gallery
Close

This is a slightly ridiculous vehicle. Arctic Trucks was working its particular blend of magic on pick-up trucks long before Ford came up with the Ranger Raptor, and here's the latest take on it: the Isuzu D-Max Arctic Trucks AT35.

The 35 is stands for the outer diameter of the Nokian Rotiiva off-road tyres, which sit on 17x10in black alloy wheels. They're the most notable part of a range of modifications that include a 50mm suspension lift and Bilstein dampers (AT used to fit Fox ones) that, with the new wheel-and-tyre combination, bring the total ride height increase to 125mm.

Other changes for 2020 include remodelled side steps, new quilted leather seats, a new 9.0in infotainment touchscreen (with easy smartphone mirroring) and a front parking camera.

Other than that, the AT35 remains as before and as other Isuzu D-Max variants. There's a 2.5-litre four -cylinder diesel engine making 161bhp and 295lb ft and driving through a six-speed manual or (as tested here) five-speed automatic gearbox. It retains a 3500kg towing limit and, unlike the Ranger Raptor, its full tonne-plus payload, so remains classified as a commercial vehicle. There's a five-year/125,000 mile warranty, too. 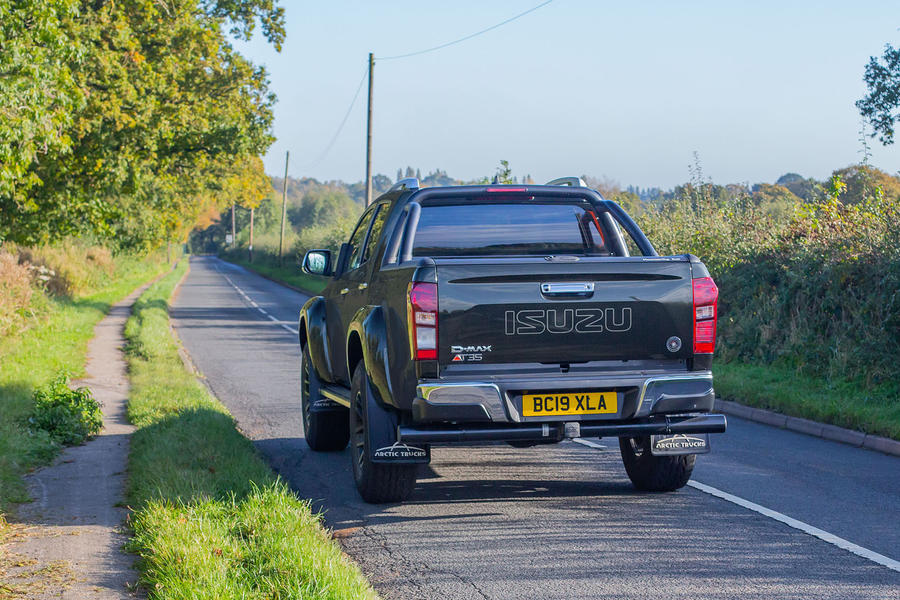 If that sounds like a mix of the silly and the sensible, then yup, that's where we are. The AT35 looks outrageous from the outside. I love it, but I get it if you don't.

The cabin is a bit of a climb and the vehicle's commercial roots, despite the new seat trim, are pretty evident when you get there. The seats are set high, too, so head room isn't as generous as you'd think. So while the Ford Ranger and Volkswagen Volkswagen Amarok feel quite car-like in their driving position, the AT35 is more like the Mitsubishi L200: high-floored and low-roofed.

Even so, it's not hard to stay comfortable, while the new touchscreen system is relatively straightforward and smartphone mirroring makes it more so.

Fire up that big four-cylinder engine and you'll be under no illusion that you're in anything other than a commercial vehicle. It's pretty rattly and step-off from standstill is lethargic when it's cold. Once warmed, though, repsonse is better and initial acceleration is smooth and easy. The gearbox rarely hunts for ratios, either, which is something that can afflict the Ranger Raptor. Although with only half as many ratios to be getting on with, perhaps that's not surprising.

Ride quality is loping, the steering is slow and overall refinement is nowhere near that of an SUV or 4x4 of the same price (this is a £40k-plus-VAT vehicle), but it's a giggle nonetheless. During this test, we managed to undertake only light off-roading, but we've put an AT35 through hard off-roading in the past. And it's magnificent. With those tyres, terrific approach (36deg) and breakover (32deg) angles, a reasonable departure (23 deg) angle and 290mm of ground clearance (which the new Land Rover Defender on fully extended air springs only just matches), it could hardly be anything else. 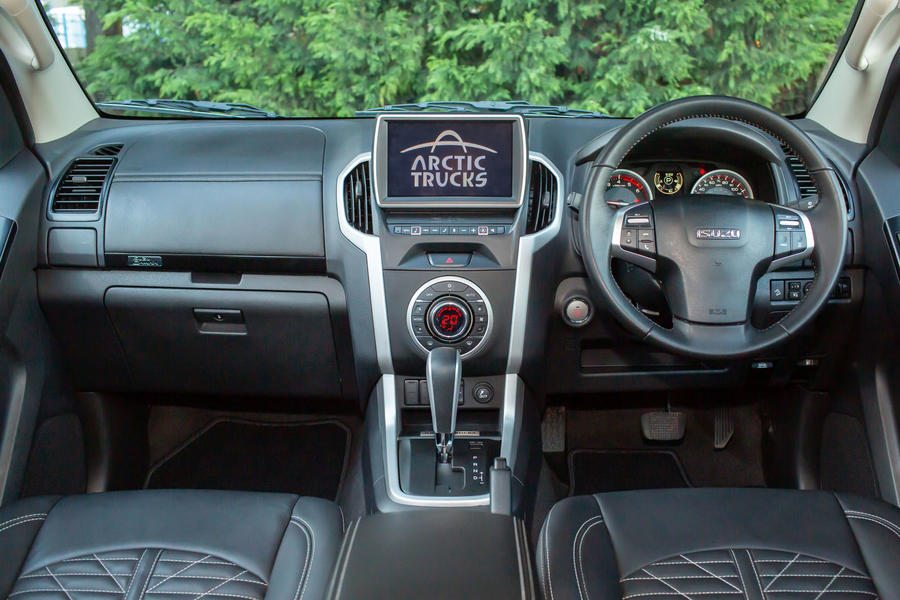 If you really want one, I'm not sure anything else will quite do, will it? At least unless you're going to buy something else and take it to Arctic Trucks or another modifier for a similar bunch of tweaks. The nice thing about the AT35 is that it comes straight via Isuzu as an official product and complete with the usual warranty and guarantees that the key capabilities - towing and load capacity - remain unchanged.

So yes, the mix of silly and sensible continues all the way to the buying process. 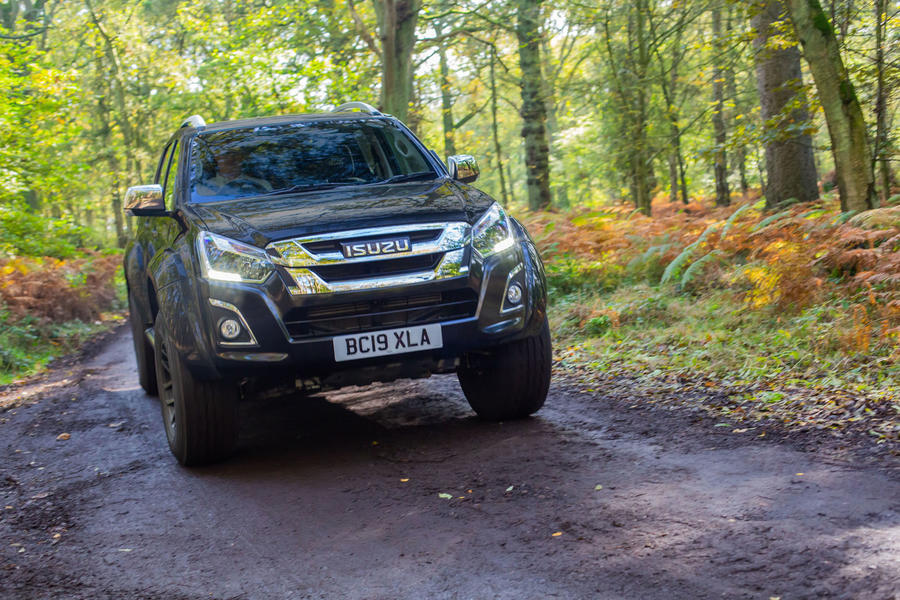 I am very happy with my 2017 Dmax Arctic Truck AT 35.  Previously had a 2015 Hilux 3.0 SR5 Arctic Truck AT 37  and the Isuzu is more modern, better to drive, goes a lot better, the AT 37 Hilux 171 HP 3.0 liter  is quite gutless.  Since I bought the Dmax, I have mounted a tuning chip, and it now puts out 215 HP and 440 nm of torque. I like the sequential gearing option on the Isuzu, you can make use of the extra torque that way, its the same 6 speed Aisin Auto that Toyota Hilux and Landcruiser 150 has.

A pretty big slip up there

A pretty big slip up there with the engine, Matt. Dear Me...

But I spend much of my driving life at the wheel of a mid-range Yukon. Very happy I am to be there too.