Seriously, with this shiny head? The downside of not looking like Dave Lee Travis if the barber is closed for three months is that I can’t have the roof open for long on a day like this.

But trying open-top driving for a while reveals something about the new Ferrari F8 Spider, the convertible version of the F8 Tributo: I don’t think it’s quite as rigid as an equivalent McLaren (which at the time of writing is a McLaren 720S Spider, but might be a new version or special edition by the time you read this).

The F8 Spider has, like the coupé variant, a largely aluminium platform. (The McLaren has a carbonfibre tub.) And when you lower the hood, which takes 14 seconds and can be operated at up to 28mph, some of the rigidity drops, and you can occasionally feel a slight shimmy over big bumps. Nothing serious, but just noticeable. With the roof up, it goes away 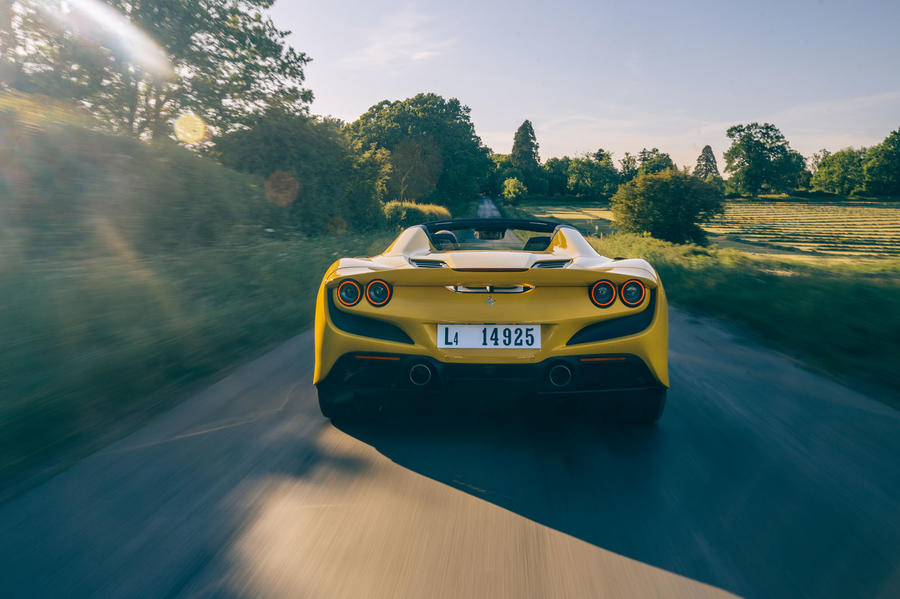 What you’ll notice less than that, at least without a back-to-back drive of both variants together, is the 70kg weight increase the Spider carries over the Tributo coupé – a result of the hood mechanism’s complexities.

Certainly, the turbocharged 3.9-litre V8 engine, which has won so many awards that Ferrari even named the car after it, makes sufficient power and torque – up to 568lb ft – that at any speed, in any gear, it has response to spare. On the road, anyway.

That’s where most F8s, Tributo or Spider, will spend their time. So for all of the complexities and capabilities of a car like this, it’s important that this is where they feel good. Yes, the diddy manettino on the steering wheel can be switched through to ‘Race’ or even ‘everything off’ and the traction control talks to the e-differential, which talks to the ABS and the side-slip control to make the F8 an absolute tyre-smoking, hero-making precision machine on a race track.

But most of the time, we’re not at one. And that, for me, is where Ferrari gets things right. Roof up, roof down, 30mph, 70mph, doesn’t matter: the F8 oozes class. It rides deftly but can ride better still with the push of a button; the steering’s quick but not nervous. A McLaren does both of these better, but the Ferrari has, for me, a more joyful attitude to life.

With an electronically controlled differential, sweeter gearshift and more responsive, better-sounding engine, it’s a more indulgent sports car. It’s more playful, more willing to tighten its respective rear-wheel speeds and let you drive it on the throttle. I doubt it’s as fast as a 720S along a given road or around a track but, honestly, who’s counting?

I also prefer it inside. A carbon tub with strength in the sills is great for rigidity (and creating tremendous road roar) but the F8 has a still focused but more relaxed cabin; easier to enter and exit and airier of feel. I’m still no great fan of the over-square, over-complex steering wheel or that you can’t pull it far enough towards you, but you can see the wing tops to help place the F8 – 1979mm wide – and gauge the extremities. Unlike a McLaren or Lamborghini Huracán, there’s no nose lift option, but although I don’t have the numbers, the F8 seems to need one less. 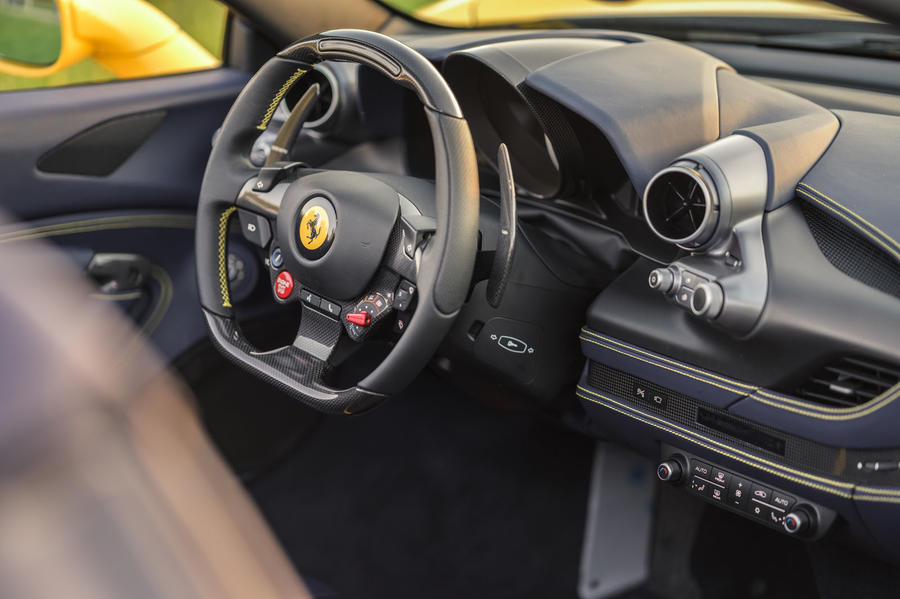 Even if you have all the world’s money, I don’t think you need many modern supercars in your life – too fast, too wide, and they all do basically the same thing. A Huracán has astonishing engine response, a McLaren some phenomenal traits.

But on balance, for how good it wants you to feel and how much fun it encourages you to have, I’d keep mine an F8. Albeit, being a purist of shiny bonce, one with a roof over my head all the time. 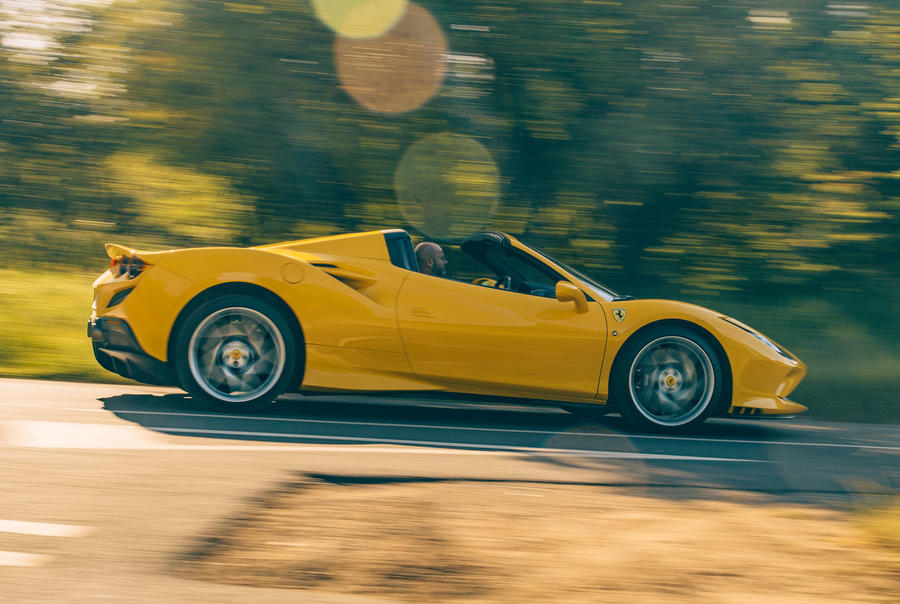 i think its not suitable for

i think its not suitable for race.

It can have a front axle lift

You can definitely have a front axle lift if you choose to specify it. I have on mine which will be blu corsa with crema interior. The car is magnificent in the metal, much more spacious than a McLaren with its huge sills and I rate the Ferrari ownership experience very highly.