From £25,9957
Share review
Caterham’s second limited-run 60th-anniversary Seven is singularly alluring and can be spellbinding to drive but, at £30k, it’s no massive loss to really keen drivers
Open gallery
Close

The Caterham Seven Supersprint is the second of two limited-edition cars introduced by the firm this year to mark the 60th anniversary of the original Lotus Seven. It’s also further proof that one of the most dependable tricks playable by purveyors of niche-market sports cars to guarantee success for their all-new models right now is simply to make them look like old ones.

This car went on sale at the Goodwood Revival earlier this year and reportedly sold out its 60-unit production run in just six hours. You’d imagine the Revival crowd might be receptive to any new combination of retro styling on modern mechanicals, of course – but there’s receptive and then there’s 'kerching every six minutes' receptive. July probably brings tougher days selling ice cream on Brighton Pier.

The Seven Supersprint picks up where the Seven Sprint left off earlier this year – but where the latter was intended for road-based enjoyment primarily, the former’s the kind of Caterham you can drive to and from a track day and blast down the pit lane in while you’re there.

Like the Sprint, the Supersprint is based on the Suzuki-engined entry-level Seven 160, but it has a more purposeful specification than even the Sprint had. A fettle for the Suzuki-sourced 660cc three-cylinder turbo petrol engine increases power from 80bhp to 95bhp, and that power finds its way to the Tarmac via the same five-speed manual gearbox and live axle rear suspension as both the Seven 160 and Sprint. In the Supersprint, however, you get a limited-slip differential as standard, as well as uprated adjustable suspension, complete with Bilstein struts, tuned for the track. 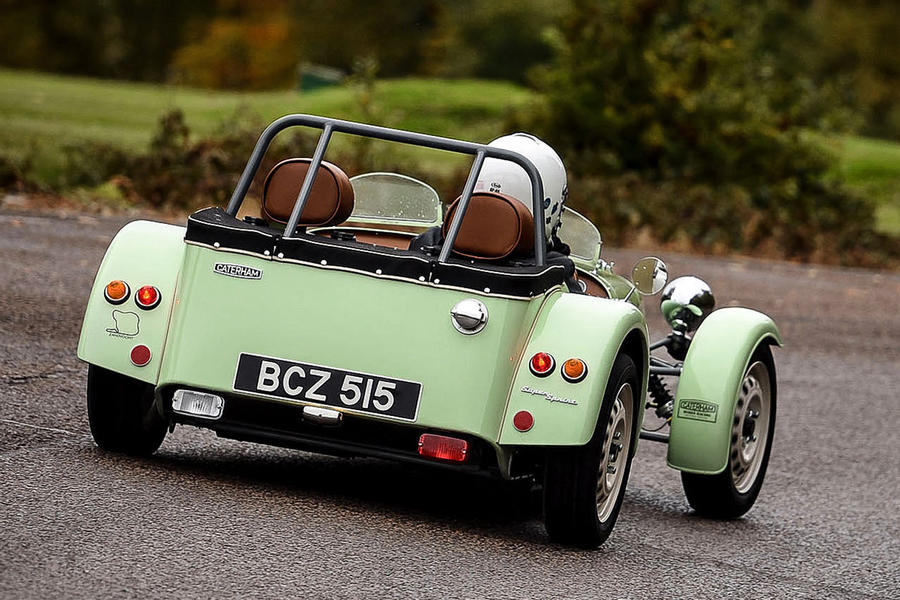 Circuit-ready or not, this Seven definitely has the aura of a car intended for the stationary affection of car club collectors rather than for regular track sessions. From its polished chrome exhaust to its 1960s-era ‘Brooklands’ glass aero screens and its wooden-rimmed ‘Moto-Lita’ steering wheel, the Supersprint is delectable in almost every detail. It’s the kind of Caterham you stop to clean when there’s a splash of mud around the rear wheel arches; firing one into the gravel at Oulton Park would make you feel like burying your head in the paddock cesspit.

The car’s wooden-rimmed steering wheel is a fixed affair, mind you, and it doesn’t make the act of levering yourself into the Supersprint any easier. There’s no option of a larger ‘SV’ body with this Seven and, if you’re taller than average height, you’re likely to feel the squeeze in more ways than one. The standard Seven offers a narrow driver’s seat with limited leg and elbow room, and has a cramped pedal box. Unless you’re unusually slight, you’re also likely to find it difficult to use all of the steering rim’s circumference.

Caterhams have been this way for decades and it’d be churlish to criticise a car that derives so much advantage from its size for being small. The Seven is what it is; you either fit in one or you don’t. But it’s well worth noting that most of Caterham’s cottage-industry rivals now offer significantly more cabin space than you get in a standard Seven and make cars that are a lot easier to drive for those longer of leg and larger of foot. Credit that to designing your product more recently than the 1950s.

Once you are onboard, you’ll notice that even the Supersprint dashboard and battery master cut-off switch are retro-styled. The car’s three-cylinder engine is fairly quiet by Caterham standards; its exhaust routed down the passenger side of the car and away from immediate proximity to your ears, although it still makes a promising and characterful noise.

The gearshift’s action is short and can be a little bit stubborn and inconsistently heavy, with the lever feeling slightly less instinctive to use than Caterham’s habitual standard. The spacing of its ratios is also open to criticism, there being a significantly bigger gap between third and fourth than you find anywhere else, and this can be irritating until you’re prepared for it. But the engine’s got strong flexibility and likes to rev and, in terms of its outright potency, it certainly gives the featherweight Supersprint every bit as much performance as its skinny-tyred rolling chassis needs to entertain either on road or track.

Caterham’s been clever enough to uprate the Seven Sprint’s suspension for this car without adding grip. The Supersprint uses the same 14in steel wheels and 155-section Avon tyres as the Seven 160 and its handling can be even more lively and engrossing as the bottom-rung Caterham’s is.

The Supersprint’s hold on a dry road is gently tenacious and its body control has been improved just enough to make it turn in with exciting keenness and to feel nicely agile and composed at most road speeds. But there’s still no more adhesiveness here than is strictly necessary, and there’s a supremely delicate kind of adjustability on offer that is guaranteed to keep you giggling, corner by corner.

Down tough B-roads and over testing surfaces, the Supersprint’s suspension begins to show just a little bit of crudity. That live axle stumbles somewhat in response to bigger vertical inputs and can make the body fuss and fidget where it ought to be more hunkered down and under control. Through faster bends, it also seems to take the car’s body longer to settle on its outside rear wheel than other Sevens need. Only a fleeting instant, but one long enough to notice - and to take a little bit of confidence away from every corner entry. 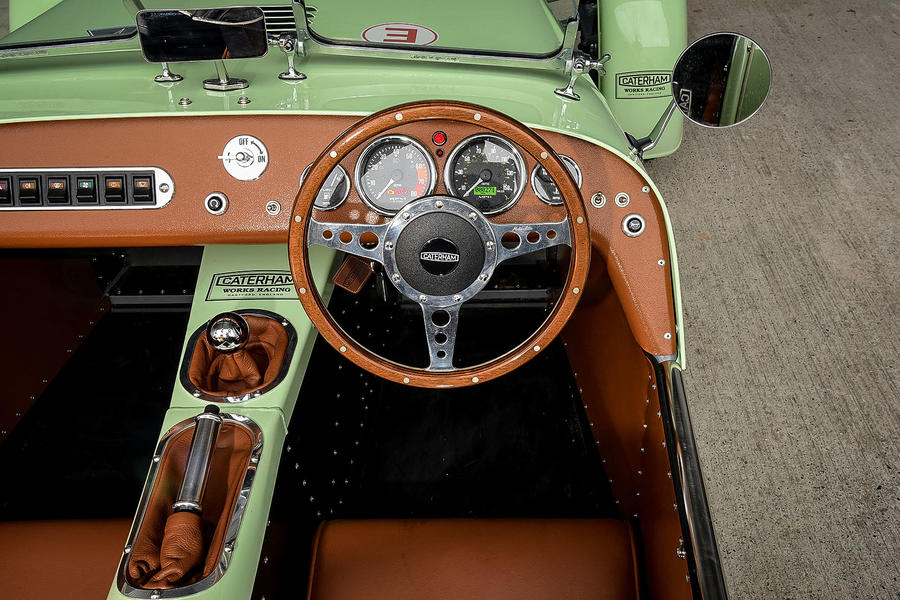 Well, have you? Were you towards the front of that Goodwood queue? If you were, I reckon you’re likely to have been at least as much in love with what the Supersprint is as what it might be like to drive – and there’s no denying how appealing this car is in the metal. Designed and appointed with genuine care and finished to a higher standard than almost any comparable car I can think of, the Supersprint is a lovely object just to admire.

For that reason, and given that most will be worth a healthy premium as nearly new cars, I don’t expect to see many being driven to track days and risked out on circuit. And, in some ways, that’s a shame – but perhaps not a huge one.

After a decent drive, I’d say £29,995 seems like a lot to ask a really keen driver for any Seven with this engine and suspension. On a Seven 160 costing little more than £20k, you’d forgive the quirks of both.

But £30,000 would buy you a nicely equipped, factory-built Seven 310 SV that’d be faster, more capable-handling, more usable and every bit as absorbing to drive as this, I’d wager. A better, more rounded Caterham, in other words – but one nowhere near as special. 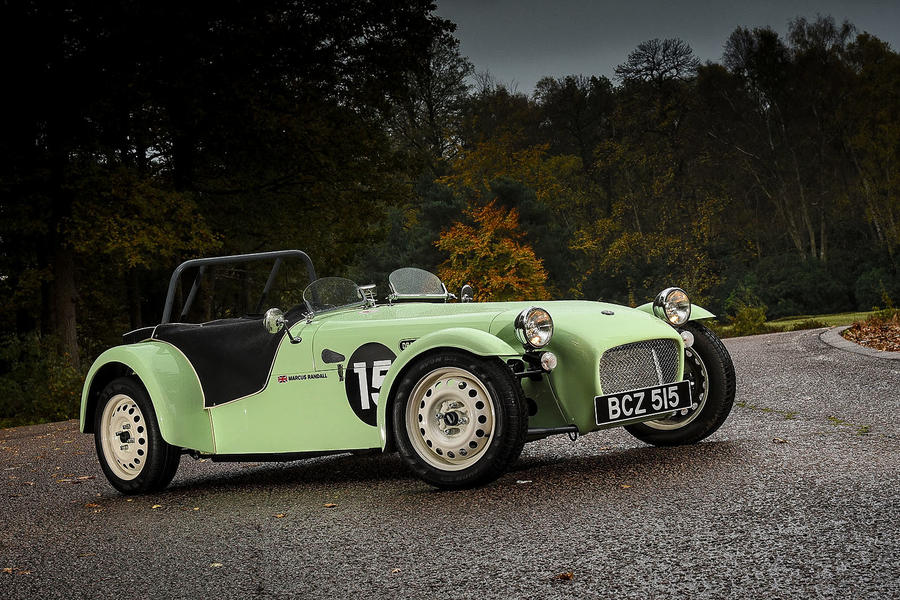 tesla would nuke it. When will caterham learn and move to hybrid/EV?

The comparison with a different spec Caterham 7 is not the most​ relevant comparison.

This car is a direct competitor with the Morgan 3 wheeler. What we want to know is which is the better buy for people in the market for such a retro car.

I can't think of a more desirable vehicle on four wheels for the same price.