This is Cadillac playing catch-up, a familiar role for the still-struggling American premium brand. The catch-up in this case is about offering a less-than-gargantuan three-row SUV with a touch of sporting class.

The XT6 sits between the vast, separate-chassis Escalade and the smaller XT5, making its closest equivalents over here the Audi Q7 and Volvo XC90. It’s powered by a 306bhp 3.6-litre petrol V6 coupled to a nine-speed automatic gearbox, and this Sport version comes with four-wheel drive, shift paddles, a quicker steering ratio, 21in alloy wheels, adaptive dampers for its five-link rear and MacPherson strut front suspension and brake-controlled torque vectoring.

The XT6 comes pretty well equipped in standard form, with power-folding rear seats, a rather mean 8.0in infotainment screen, leather upholstery, a powered tailgate, a sunroof, a heated steering wheel and tri-zone climate control. Options include night vision and some quite heftily priced packs.

The interior is fairly lush but presents quite a confused constellation of materials, textures, finishes and tones, as per most Cadillacs of the recent past. The competing Kia Telluride costs thousands of dollars less while providing a more inviting interior that's better planned, too. 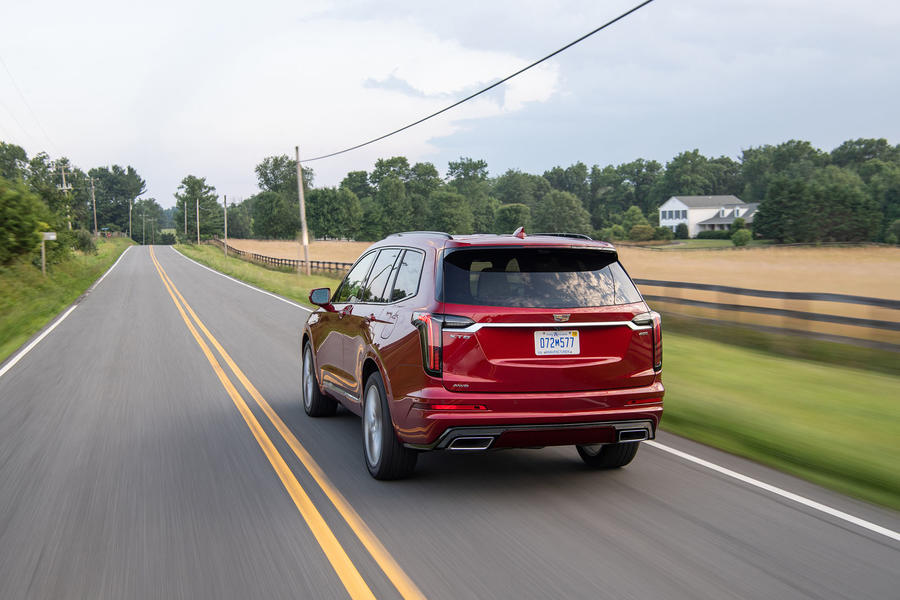 Unexpectedly rorty when you sink the throttle, the V6 sounds almost incongruously eager and racy. Amazingly, it also revs to 7000rpm. The gearbox is responsive and for the most part meets the not-inconsiderable challenge of being in the right ratio at the right time.

If you think otherwise, however, the alloy shift paddles are easily pawed. Or you can press the modestly labelled and obscurely located button marked ‘mode’, your selection confirmed in a display revealing that in Touring, power is sent to the front wheels only.

On the switchback roads of the Angeles Crest Highway, the XT6 is noticeably more adept in four-wheel-drive Sport, when it’s less prone to the SUV habit of heeling onto its outside-front wheel. Indeed, the harder you push it, the better it gets, with the shuffling of torque between the axles and brake vectoring allowing it to corner with some alacrity if you push it particularly hard. And harder than most owners will, especially if they’re carrying passengers.

At less ambitious speeds, the XT6 feels less remarkable, especially as the pleasingly weighted steering masks most of what’s going on below.

Despite sitting on 21in wheels, the XT6 doesn’t ride badly and is reputedly pretty smooth on the 20in rims that come with the Premium Luxury version. The front seats are pretty supportive, too, but the four in the rear (you can walk between the middle pair) are firmer than you’d want for distance, and their side bolsters insufficient for the sporting ambitions trumpeted by the V6. Apart from this, it’s decently quiet inside. Its versatility is easy to exploit when the seats fold down electrically, but with all three rows in place, the boot will carry little more than a few small bags. 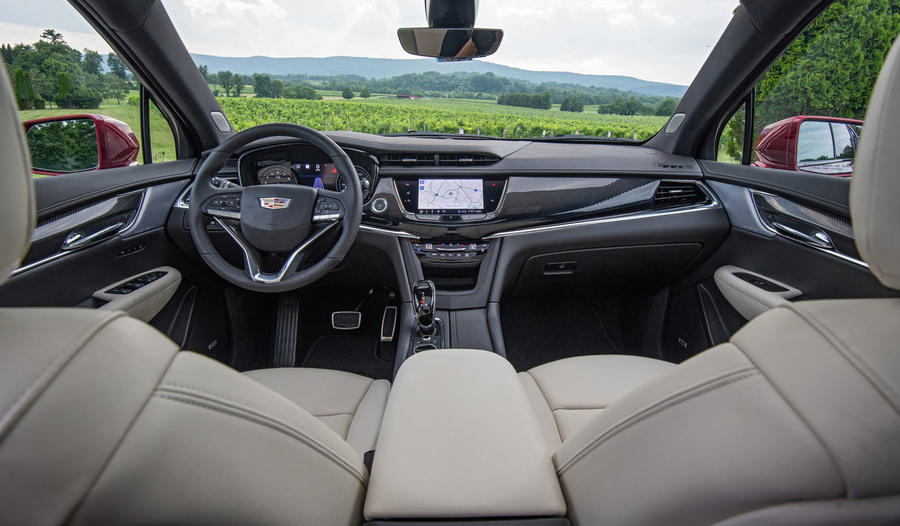 You won’t be able to buy the XT6 in the UK, but if you’re shopping in the US, its case has been dealt quite a blow by the stylishly palatial Telluride, which costs substantially less and bests the XT6 at almost everything other than extremely bold cornering and rorty revving.

This car is better bought in more comfortable, less urgent Premium Luxury dressing, which is cheaper and more appropriate to its role as comfortable, four-wheel-drive people carrier.

As a measure of where Cadillac is these days, the XT6 is usefully better than the smaller XT4 launched last year, but despite the Sport labelling of this particular version, it’s nowhere near the accomplishment of the exceptional CTS-V of a few years back. The XT6 is instead a decent-enough effort of slightly confused character. And that reflects the still-uncertain 21st century role of its maker. 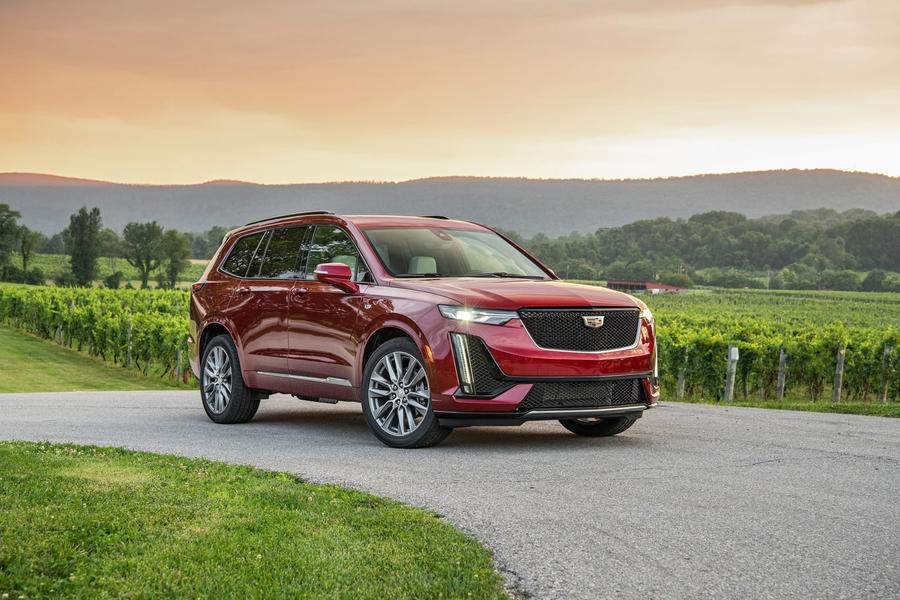 That little chrome embellishment on the driver's seat (only, bizarrely) backrest is beyond naff and puts me in mind of the sort of interior ornamentation that was popular in American luxury cars back in the 1970's.  It's a small detail, but how could it have been considered appropriate?

That little chrome embellishment on the driver's seat (only, bizarrely) backrest is beyond naff

I thought it was a nice touch? Additionally its on both front seats? Not just the drivers.

We've seen worse, it looks tidy enough, the interior isn't any worse/ better than our stuff this side of the pond except for the White leather........

I definitly think more american cars, big suvs in particular could be sold over here. If the Dodge grand caravan was over here, it would not only take over, but expand the family MPV market.

We always struggled to get a decent 7-seater, low riding MPV. Then hired a grand caravan in the states and realised what we were missing. It would be cheaper than everything over here too. Dunno about fuel though...

Having been in these SUVs, I

Having been in these SUVs, I can tell you they look great in the metal and much more elegant than one would expect of a modern Cadillac. The interior is plusher than the Kia mentioned in the article and feels better built, so that sounds like a deliberately negative reference. The refinement is superior as well. This SUV is aimed at a younger and more active audience (check out the trendy commercial on tv), and has considerable appeal for a younger family man needing an SUV with some cachet, who doesn't want a dull Volvo or a brash German (but US-built) 4x4. The Discovery 5 is a slightly left-field choice and doesn't look as harmoniously-styled as this SUV.