For ‘Sportback’, read four-door coupé, or any other phrase that means more rakish looks at the expense of a 45-litre reduction in boot space.

This, then, is the lengthily titled Audi E-tron 55 quattro Sportback. Sportback aside, the rest of the name has ‘quattro’ for four-wheel drive, ‘E-tron’ for being free from internal combustion, ‘55’ for having 402bhp and a 95kWh battery, and ‘Audi’, which means a classy interior.

We’ve driven the Audi E-tron SUV extensively before. This time around, the raked back window means the range starts in semi-sporting S line trim but the hardware is the same as the squarer car.

There’s a skateboardy big battery beneath the floor with an electric motor front and rear, both driving through their own single-speed gearing at a peak combined output of 402bhp and 490lb ft. It’ll hold that power level for up to 8sec if you’re insistent with the throttle, which means anywhere but on an autobahn, that’s as long as you’ll ever need.

If you’re not absolutely on it, most of the time the E-tron drives just on the rear motor, with the front chipping in when your throttle demands it, or if the rear tyres look like slipping.

The idea of that is to improve efficiency and maximise the range. Add to that a drag coefficient of Cd 0.25; plus, as fitted to our test car, cameras for door mirrors. Even so, this is a big car and, even with a big battery, had a range in our hands of around 200-220 miles – less than its rivals. Still, it’ll charge at up to 150kW. 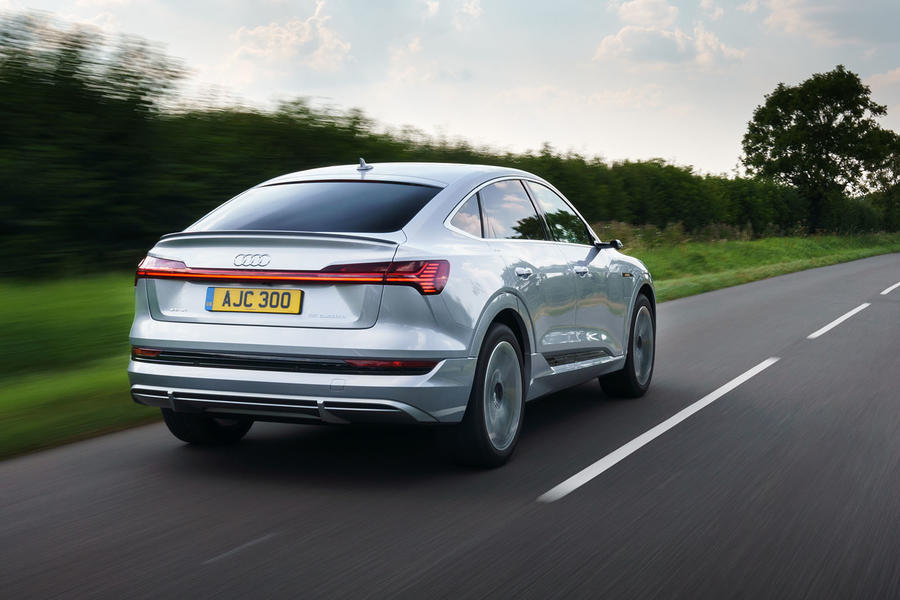 Inside, a tiny reduction in rear head room aside, the Sportback is pure Audi at its plushest. I’d rather the ventilation controls weren’t touchscreen but at least the feedback is haptic and the buttons big. And the large upper screen, while also touchy, is logical.

Fit, finish and feel are otherwise seriously good. It’s £80k, after all. The driving position is semi-tall, easy to slip in and out of at a crossover sort of height. The E-tron doesn’t sit on a bespoke electric platform, so open the bonnet – which requires a pull on an old-fashioned, near-your-feet bonnet release – and while it’s a sensible enough place to keep charge cables, there’s no room for anything else. There’s nothing radical in feel, then. The combusted-Audi familiarity is broken instead by the silence.

This is a really quiet car, even by some EV standards, with impressive road and wind noise isolation, of the sort that can have even experienced drivers checking the speedometer. (Is reduced noise why, I wonder, you see so many luxury EVs doing about a million miles an hour on the motorway?)

Throttle response is soft but linear and the car coasts quite easily on lift-off, a deceleration rate you can adjust with a pull on the steering wheel paddles, although you can’t raise the regen braking sufficiently for one-pedal driving.

The upshot of a big battery, a platform that wasn’t designed around being a specific EV, and such strong noise suppression is that the E-tron is a seriously heavy car. At 2520kg, its official kerb weight is 30kg heavier than the SUV variant’s – and we weighed one of those at 2569kg on our scales. So let’s call it 2.6 tonnes, which is pretty ridiculous.

Given that, the Audi drives rather well. A heavy body – and big EVs have them – generally provides a smooth ride but also loose body control when you do get the weight shifting around. Some car makers try to tie those movements down, undoing the inherent smoothness at the same time. 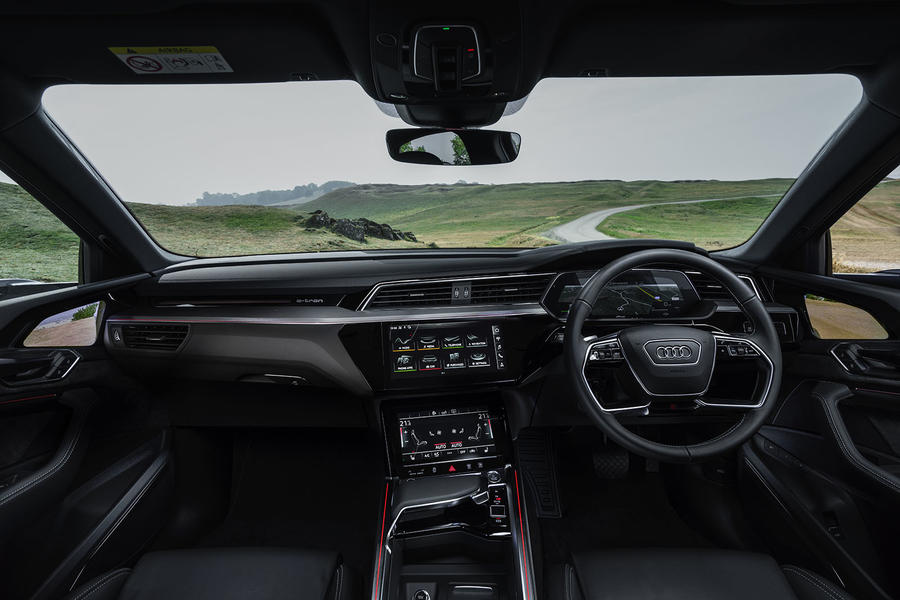 On standard air springs, the E-tron has been allowed to breathe and float more than, say, a Jaguar I-Pace or Tesla Model X so rides comfortably, even on 21in wheels.

It’s certainly more pliant than the Tesla. Body movements never get out of hand, though. In fact, it’s an enjoyably well-sorted, relaxing drive. The quietness suits it. 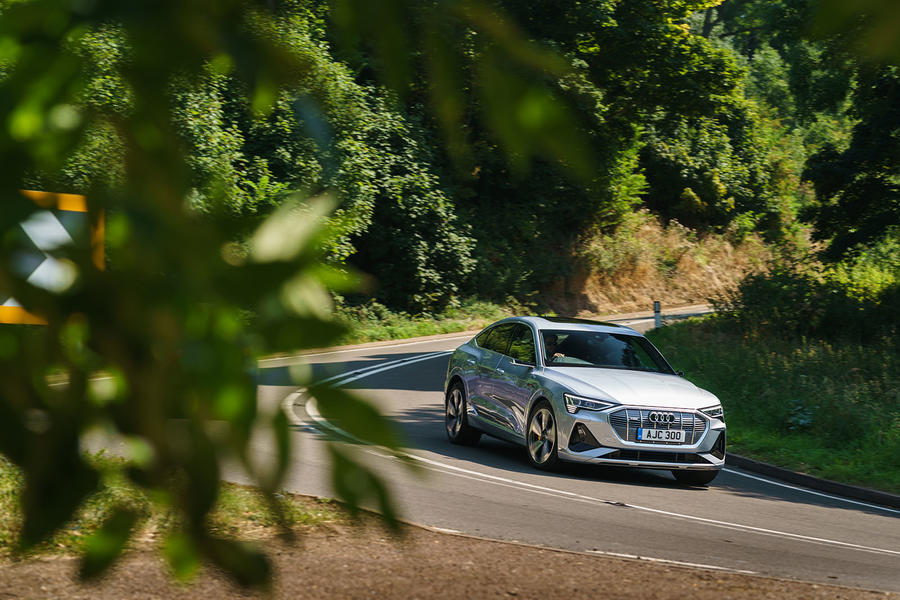 Eighteen months on from the introduction of the I Pace this Audi effort makes you realise how good the I Pace is. Also how much more efficient it is to have a dedicated bev chassis to build on, just look at the weight difference

Still overweight and under developed then.

Will EV cars get heavier?, who come off worse if the Audi ran into a Nissan Micra?