To gain extra performance kudos in the electric car ranks, it is no longer sufficient to endow your top model with just one electric motor. To really stand out, you need two or, as is the case with the Audi E-tron S Sportback driven here, three.

That’s right, three electric motors: a larger one sitting up front and two smaller units nestled within a subframe in the axle at the rear. Together, they develop 429bhp and 596lb ft of torque, which is 27bhp and 107lb ft more than the twin motor E-tron 55 Sportback.

That’s not all, though. A so-called overboost function triggered on kickdown in Sport mode adds a further 67bhp and 122lb ft for brief periods of full-throttle thrust, taking the E-tron S Sportback’s overall reserves to rather potent 496bhp and 718lb ft. 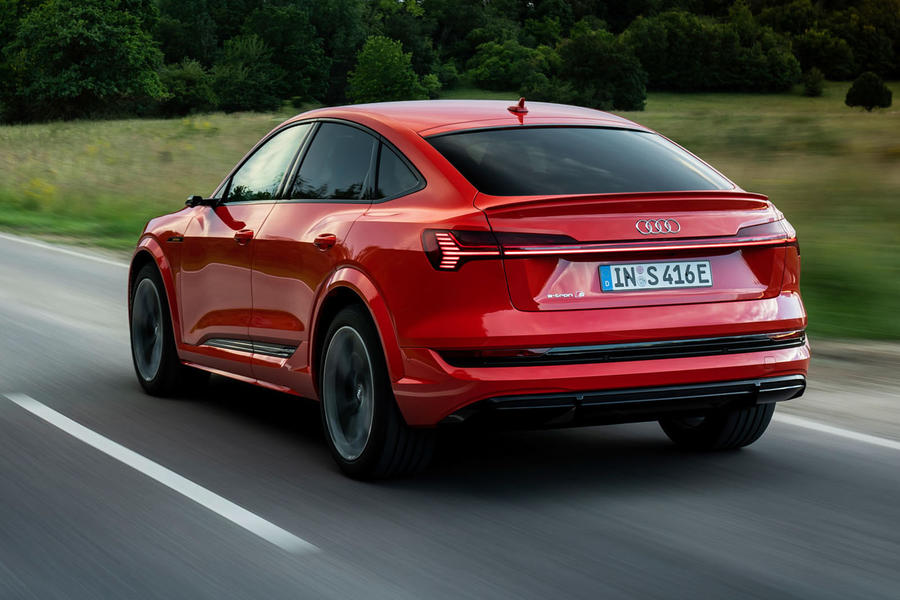 And what thrust! The car may tip the scales well beyond two tonnes, but all that torque makes for memorable off-the-line getaways. Acceleration is instant and none too subtle as the driveline loads up. The official 0-62mph time (4.5sec) really doesn’t do it justice. It always feels faster on a loaded throttle.

The deployment of the combined reserves is controlled by a newly developed four-wheel drive system. As well as offering three levels of energy recuperation, it also incorporates a new electronic torque vectoring system, giving the E-tron S Sportback the ability to individually control the amount of drive fed to each individual rear wheel with greater accuracy than any of Audi’s existing systems. It’s described as being significantly faster than any of its current mechanical systems, too.

Agility is outstanding, aided by a low centre of gravity, and so is traction, which clearly benefits from the speed at which the drive can switch from front to rear and between each of the rear wheels. Both improve on those of the E-tron Sportback, itself a very impressive car in its own right.

The variable-ratio steering is lacking in ultimate feel, but the chassis is well up to the job. You can hook the E-tron S Sportback up with lurid oversteer on a circuit. On public roads, the handling proves entertainingly fluid, if perhaps not quite as whip-crack sharp as Audi would have you believe.

It doesn't ride as calmly as the E-tron 55 Sportback, either. Firmer springs and uprated dampers do a great job of reining in body movement, but in combination with the standard 285/45-profile 21in tyres fitted to our test car, they also take the edge off the ride refinement. There’s greater vertical movement over pockmarked roads and the E-tron S Sportback is more sensitive to coarse surfaces than its more softly sprung and liberally damped sibling.

With a 95kWh lithium ion battery, the claimed range is quite respectable at 227 miles on the WLTP test cycle. Judicious use of the throttle quickly depletes energy reserves, though. Along with standard mains power, the new Audi can be charged at either 11kW via a wallbox or a rapid 150kW charger.

Visually, the E-tron S Sportback is differentiated from the E-tron Sportback by its unique front wings, which are 23mm wider than the E-tron 55 Sportback's to house wheels of up to 22in in diameter. The car also boasts a new front bumper design.

Buyers can choose between the Sportback bodystyle here, or the more upright stance of the E-tron SUV model, which brings added versatility and a larger boot. 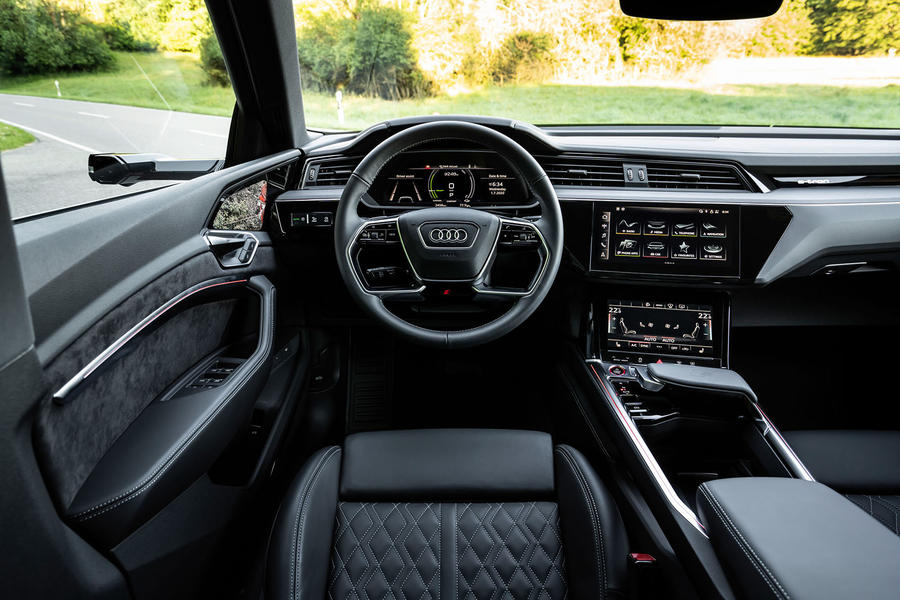 The E-tron S Sportback lives up to its billing as Audi’s most athletic electric model. It’s more sporting in character than the milder E-tron 55 Sportback. A definitive verdict will come once we get the chance to drive it on UK roads, but based on its strengths on smooth-surfaced German roads, it gets a clear thumbs-up. 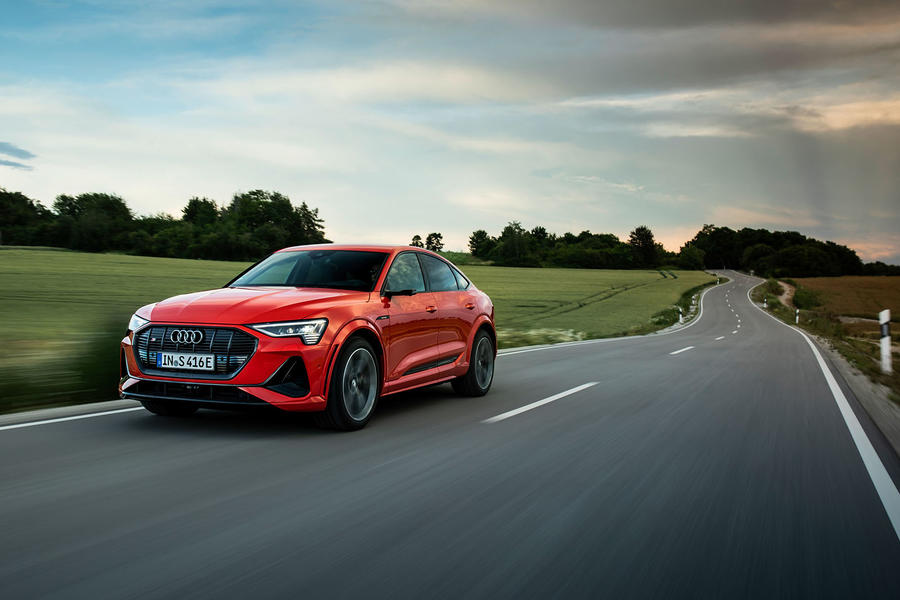 I like this car. So powerful and spacious. Thanks for sharing

88k for 200 miles? What a load of rubbish. Make mine a Jaguar I Pace say what you will about their reliability but it won't conk out on you when you've been driving for a few hours. It doesn't have rubbish wing mirrors you can't see either so is arguably safer.

funny when you way it up the IPace has the better range and in all the surveys I've seen is far more reliable than the Tesla. For once buy British and be proud

Something that actually makes

Something that actually makes the i-pace look like good value, and that takes some doing. Well done Audi, you made a Dodo.