It’s something I expect most of us have done from time to time: sat down and specified our perfect car. And mine would of course be a front-engined, two-seat coupé powered by an enormous, highly tuned but normally aspirated V12 engine, driving through a manual gearbox to the rear wheels alone.

Sadly, in these days of flappy paddled, four-wheel-drive, turbo-hybrid machines, no one makes cars like that any more. Unless, that is, you ask very nicely.

Then, and on the off-chance that you have something like £4 million to spare, you might be able to persuade somebody to create one, just for you. Which is exactly what the Belgian owner of this one-off Aston Martin Victor did.

It was made possible because Aston happened to have a prototype tub from the 2009 One-77 still in store. Its 7.3-litre V12 was sent back to Cosworth with a brief to turn it up to the max; and thus an already hair-raising 750bhp at 7500rpm became 836bhp at nearer 9000rpm.

Its fully rose-jointed pushrod suspension comes from the Vulcan track hypercar, modified so that its geometry and ride height allow it to be road-legal. It has Vulcan carbon-ceramic brakes, too, with modified pads to ensure they work from cold.

While the glasshouse is One-77, the body is all carbonfibre and designed to evoke the spirit of the great V8 Vantage of 1977-1989. However, the car that it reminds me of most is an Aston that started life as a 1970 DBS, began racing in 1974 and went on to compete in wildly modified form at Le Mans in 1977 and 1979, where it earned the name Muncher, due to its exceptional appetite for brake pads.

When I put this to Aston’s Amerpal Singh, who was in charge of engineering the Victor, he replied: “You know about the Muncher? That’s what we called this car all the way through its development!” 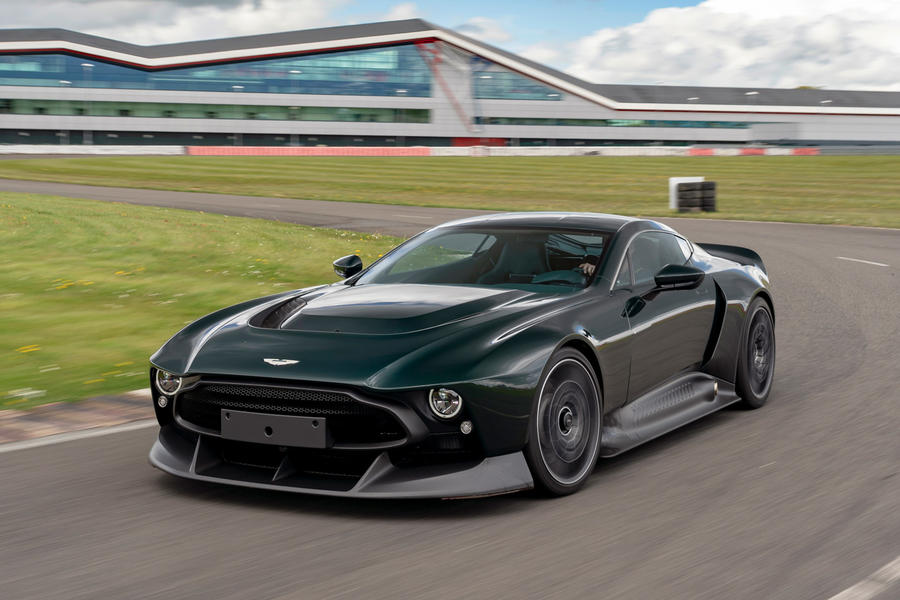 It’s fair to say that Silverstone’s little Stowe Circuit doesn’t provide the wide open spaces in which the Victor would most easily show its strengths, even if it were dry, which it most certainly isn’t.

Even so, one can still get a feel for things here and, settling down into the Victor, it all feels remarkably right. The cockpit is unique and beautiful, with the instrument display borrowed from the Valkyrie.

We’re ready to go. Carefully. The driver before me spun it twice, doubtless due to the failure of its Michelin Cup 2 tyres to interact with the wet surface, and I will share with you that I did exit turn one at something of an unorthodox angle. But thereafter, it was sublime.

With all the rubber removed from the suspension, the immediacy of its response reminded me more of a race car than something that can be used on the road. And as the surface dried until it was merely damp, so I could get a little heat into the Michelins, I could start to use the car properly.

The noise is frankly ridiculous, in richness, complexity and, most of all, volume. It’s not like hearing some old symphonic Ferrari V12: it’s much more aggressive than that. To my ear, it’s most like the engine that Jaguar used to win the Le Mans 24 Hours in 1988 and 1990; and as that was a 7.0-litre V12, I don’t suppose there’s anything too surprising in that.

The Victor is much less of a handful to drive than I expected. Because it’s so immediate, it’s so well tied down and it provides feel that you don’t find in modern cars (road or race), you always know where you are with it. It’s easy to overwhelm the grip of its street tyres and it’s set up to understeer (a bit too much, being honest), but you can always call on that mighty old V12.

A quick stab of throttle removes grip from one end and restores it at the other; and while the back moves fast, it’s so predictable that you can skid it about like an 800bhp Caterham. Almost. 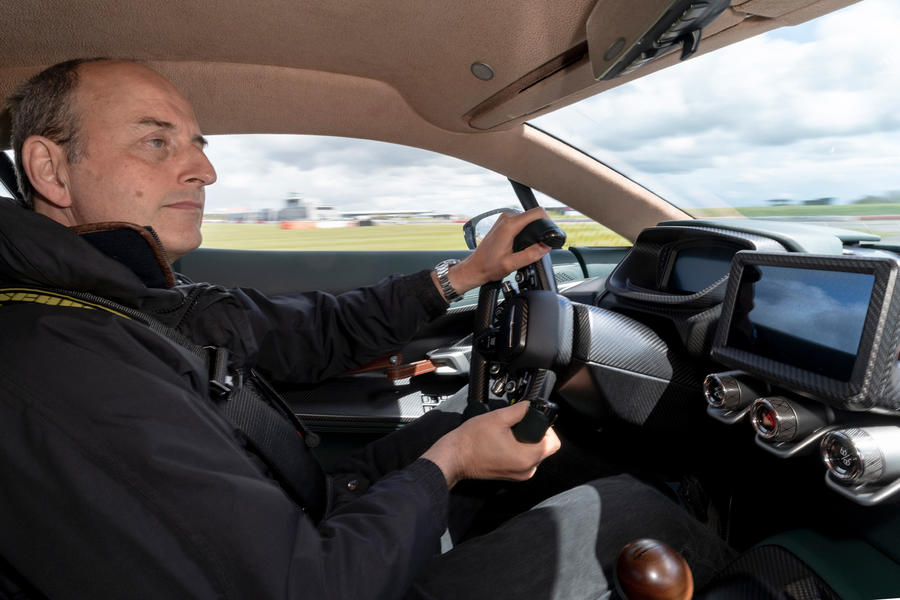 When we were done, three feelings followed me out of the circuit. First, the Victor is one of the most enjoyable cars I’ve ever driven. Second, how easy it would be to create a more affordable supercar conceived on the same purist principles. And third, how sad it is that the likelihood of someone doing so is effectively zero. 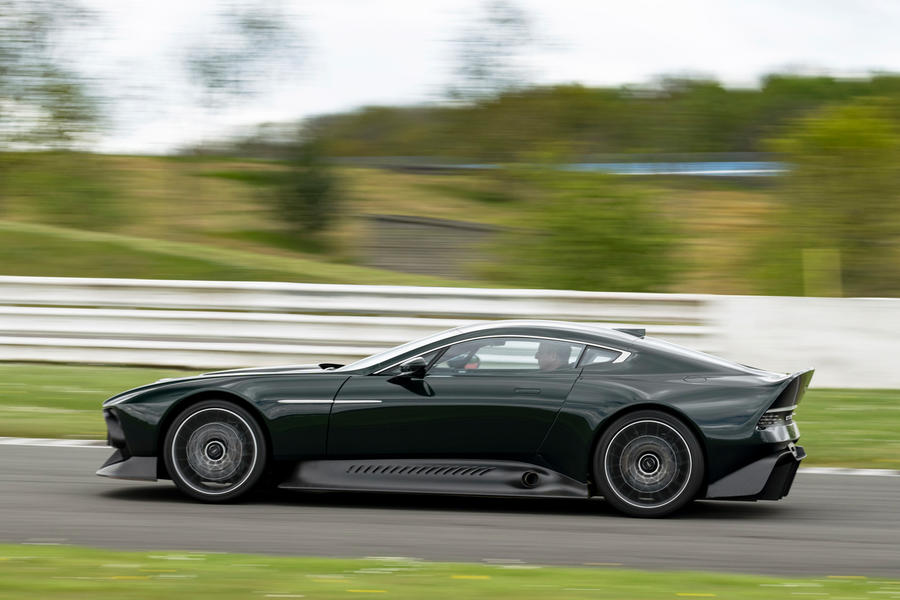 Log in or register to post comments
Sundym 7 June 2021
Sadly no mention of why it was called the Victor , which is very important, as that man kept the company alive through dark times and little resources.
Pierre 26 May 2021

Victor eh?The last Victor I drove took an ealy start to luchtime to reach 60, so I suoopose this is progress.Mind you it cost about the same as a pair of trousers does now so progress comes at a price.But  I'd still have one if I was as rich as a politician.

That looks lovely. A proper looking AM.