From £48,0008
The diesel fist delivers its mighty punch while wrapped in an Alpina-lined silk glove
Open gallery
Close

The headline stat is 538lb ft at 1750rpm. There’s also 350bhp at 4000rpm, but it’s the torque that moulds the brawny character of the new D3 S, endowing it with the sort of low- to-mid-range punch that proves performance-based diesels really do have some life left in them.

The latest hot diesel-powered Alpina is based on the already potent BMW M340d xDrive. Like the four wheel-drive donor car, it comes in saloon and Touring bodystyles – the latter of which we drove briefly on the Bilster Berg club circuit in Germany.

As is Alpina’s way, the styling changes are subtle. The D3 S gets a front bumper extension, the firm’s signature turbine wheels and a reworked rear bumper valance that houses four round chromed tailpipes. It’s not much, but it’s enough to visually differentiate it from the more aggressively styled M340d. Even at a quick glance, you know it’s an Alpina.

The same is true inside, with its reworked digital instruments, revised steering wheel, new-look trim, reupholstered front seats and a badge within the centre console that indicates this is one of just 2000 or so Alpinas assembled each year.

It’s under the bonnet, though, where the most significant changes lie. The D3 S runs an upgraded version of BMW’s turbocharged 3.0-litre inline six-cylinder diesel with a 48V starter-generator. Its 350bhp and 538lb ft outputs are 15bhp and 22lb ft more than the M340d’s, mostly through the adoption of a new exhaust system. 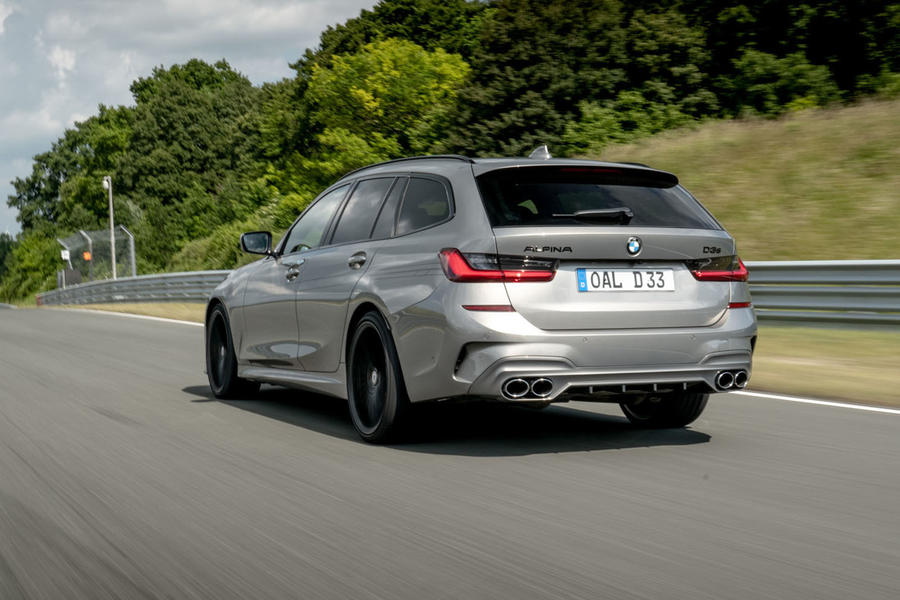 The engine sounds relatively quiet within the cabin at start-up and it’s remarkably smooth at idle. There is some diesel chatter as you move off but the sound of the reworked six-cylinder is never overly intrusive.

There is a fleeting moment of turbo lag as the D3 S fully gets into its stride, but once you’ve tapped into that huge plateau of torque, it proves wonderfully determined.

There’s great flexibility to the delivery on a light throttle, making it truly relaxed when you’re just tooling around. However, it’s the rich seam of urge as you dip further into its reserves that appeals the most. The official 0-62mph time of 4.8sec doesn’t adequately describe the extraordinary performance this car can muster in lower gears, although a top speed of 168mph is a good indication of its potential.

We’ve only driven the new Alpina on a circuit, but it’s easy to see how its torque-infused hustle would make for spectacularly effortless touring. The diesel engine doesn’t have the emotional appeal of a well-sorted petrol unit and offers little above 5000rpm. But what it lacks in its ability to rev, it more than makes up for in its muscular mid-range. You can shift up manually at 3000rpm and encounter a rabid acceleration as the full load of torque is unleashed.

The ZF-produced eight-speed automatic gearbox, featuring a beefed-up torque converter among other changes, does a great job of transferring the drive. Its operation alters from smooth and suave in Comfort mode to fittingly resolute and abrupt in Sport. Traction is never in doubt, either: a reworking of the M340d xDrive’s four-wheel drive system imbues the D3 S with an outstanding ability to place the power and torque to the road.

Dynamically, there’s also much to like here. You’re aware there is a heavy engine sitting up front but the adoption of new springs and dampers as well as revised anti-roll bars and specially developed Pirelli P Zero tyres bring greater fluidity and body control than you’ll find in the M340d.

Grip levels are always high and the new Alpina model is predictable at the limit. It remains nicely neutral during all cornering, with oversteer only really evident after a good deal of throttle provocation. 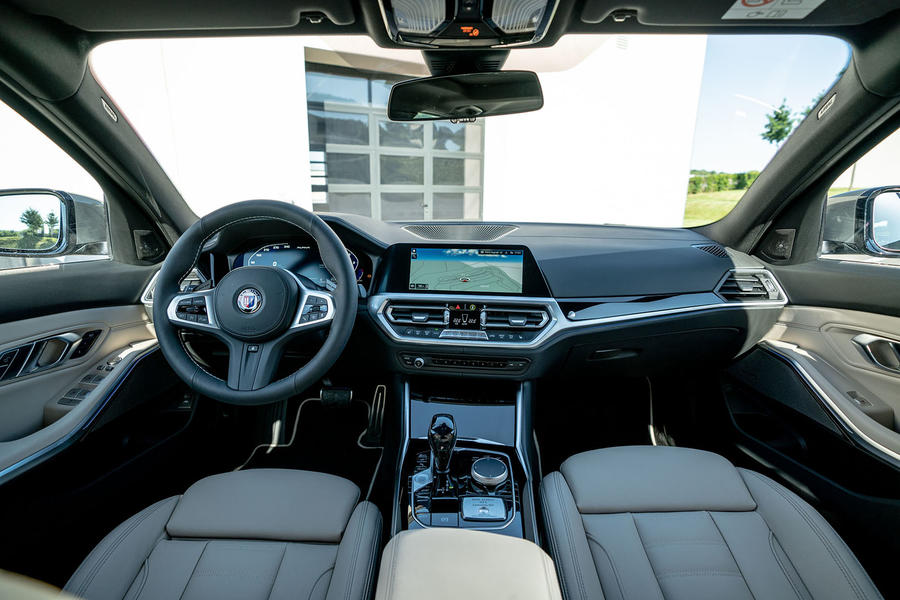 If you’re after a performance diesel, the D3 S is well worth a look.

It doesn’t possess quite the same responsive change of direction as its B3 petrol sibling, but you get outstanding in-gear performance and excellent refinement. Its economy and range also promise to be quite exemplary, making it the perfect everyday car for just about any driving conditions. Be aware, though, that its CO2 emissions of 199g/km are 40g/km more than the M340d on the WLTP cycle. 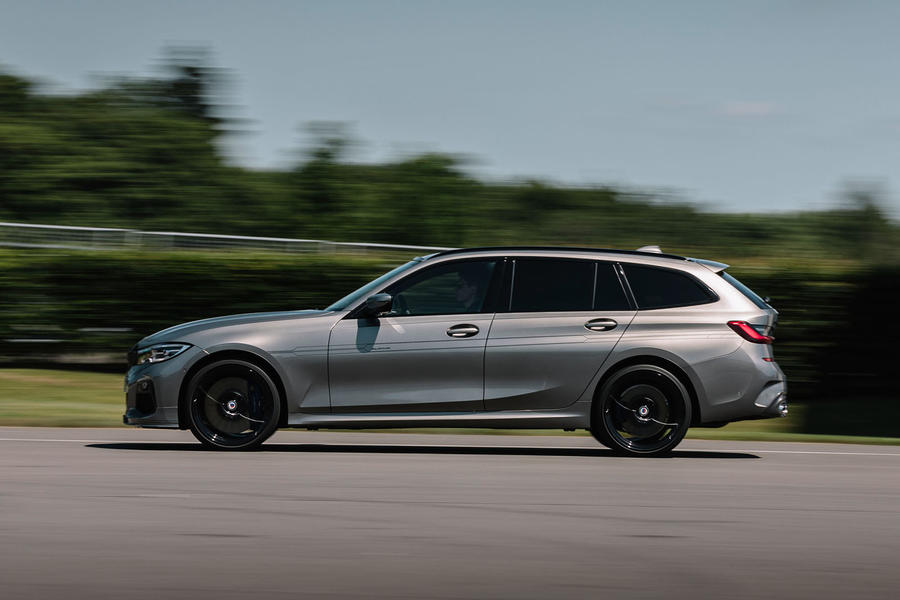 I hate diesel cars! Just thought I would put it out there.

That's despite driving and owning many over the years, including a BMW 330d touring and a Jaguar XFS, which are surely two of the best. They are bus and lorry engines with poor bottom end throttle response, restricted power range and unwelcome noises, for a luxury car.

This one is not even very economical, the only reason for buying a diesel in the first place. Give me a petrol Alpina B3 touring and I may be more enthused, but not over this.

The quad exhausts and the diffuser are an improvement over the BMW version though.