BACK TO ALL NEWS
Currently reading: Used car buying guide: Toyota Supra
UP NEXT
Analysis: Why the decline in diesel sales has slowed in 2022

The Mk4 Toyota Supra is not only reliable, but has plenty of scope to pump up the power to 1000bhp if so inclined
Open gallery
Close

Last month, a prototype of the Toyota Supra Mk5 wowed the crowds at the Goodwood Festival of Speed, a curtain-raiser to the main event when the production-ready model goes on sale in about 12 months.

The ensuing hullabaloo is sure to fan the flames of desire currently engulfing its predecessor, the Supra Mk4. Remarkably, this model ceased production 16 years ago, in 2002. But as far as we Brits are concerned, it died out in 1996, following three years of less-than-stellar sales. Only around 500 Mk4s found homes. 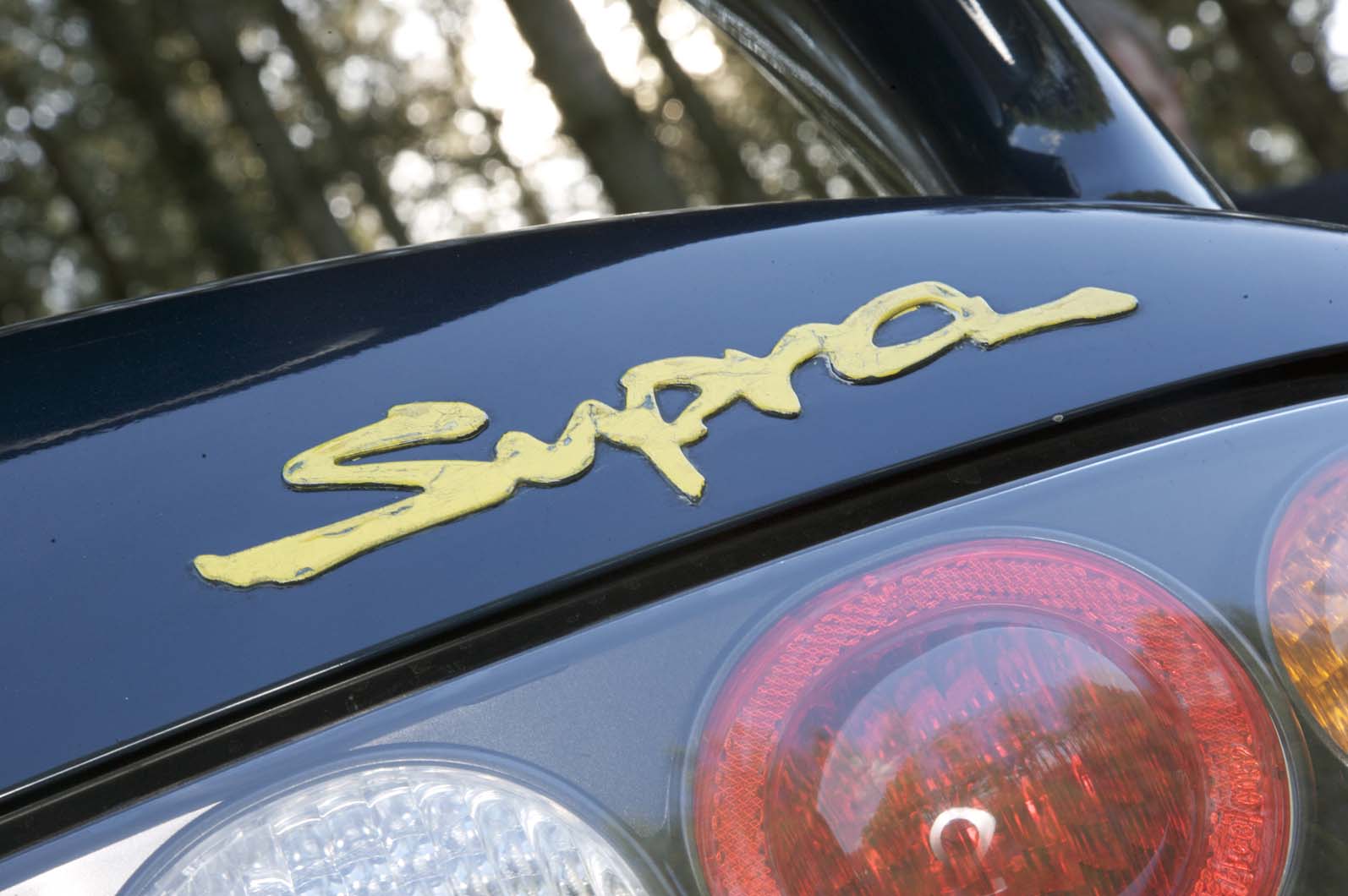 It wasn’t for want of trying.

The Mk4’s 3.0-litre straight six engine was fed by two sequential turbochargers for improved flexibility and response. These UK Supras produced 326bhp and 325b ft, around 40bhp and 7lb ft more than Japanese-market cars, thanks to their larger and stronger turbos. Don’t let that put you off buying a grey-import, Japan-spec car, though, because its smaller and lighter turbos spool up faster, so the car feels no slower.

A choice of six-speed manual or four-speed automatic gearboxes, rear-wheel drive and a host of standard features – most notably, larger, 17in alloy wheels, beefier brakes, an additional gearbox oil cooler and an active rear spoiler – completed the UK picture. Now all those first buyers had to do was enjoy their Porsche-baiting Supras, which they did in their, er, hundreds.

Still, for the next six years, Toyota continued to punch out Mk4s for the rest of the world in increasingly varied forms. There were naturally aspirated ones with a choice of five-speed manual and four-speed auto ’boxes, so-called Aerotop models with a removable roof (not to be confused with the optional Aerokit bodykit), and a bewildering range of trim variants, plus lots of options.

Incidentally, so you don’t confuse your genuine UK Supra from what is often referred to as a JDM (Japanese domestic market) car, the UK one has bonnet vents and headlight wash/ wipe, as well as those bigger brakes. UK cars also have leather trim, traction control, power windows and anti-lock brakes. Saying that, so do most JDMs, although their traction control system isn’t quite so good. 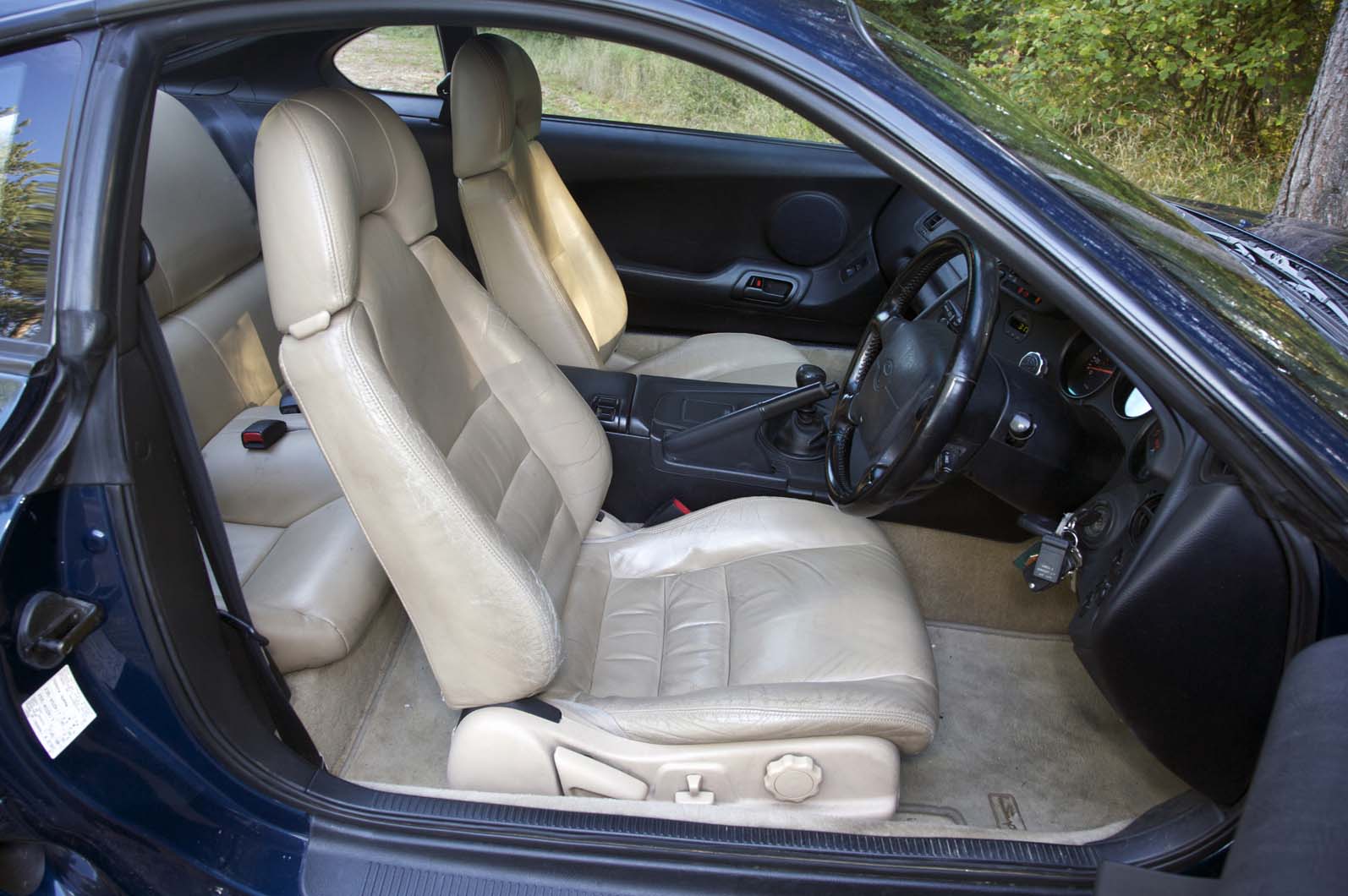 A major event during the Supra’s last years was the introduction, in 1998, of variable valve timing and injection (VVT-i) and, at the same time, the non-turbo SZ-R gained the turbo car’s six-speed manual ’box.

More details on the next Supra

Today, the Supra Mk4, UK or JDM, appears to be in the cross hairs of every moneyed 40-year-old who ever lusted after one when it first came out. Most sought-after are rare UK turbo manuals. In fact, all good turbo manuals are becoming seriously expensive, and that’s before you consider spending a further £50,000 or so taking them to showroom condition and 1000bhp, as some enthusiasts are now doing courtesy of specialists such as SRD Tuning.

As next year’s new Supra hoves into view, now is the time to buy a Mk4 before prices vanish over the horizon.

An expert’s view, Tristian Longden, Founder Torque GT - “Demand for the Supra Mk4 easily outstrips supply so prices are getting higher with each passing month. Buyers tend to be in their 40s — people for whom the Supra was a poster car. It’s a nostalgia thing and now they’ve got the money, they want one. The engine is bombproof. A good Supra feels like it’ll go on forever. UK cars were rare to begin with and pricesfor the few that remain are strong. The cheapest Supras are naturally aspirated autos but even their prices are rising. The turbo auto is roughly 30% cheaper than the manual. It’s underrated but I reckon the auto suits the Supra, which is more grand tourer than sports car. It’s a tough ’box, too.” 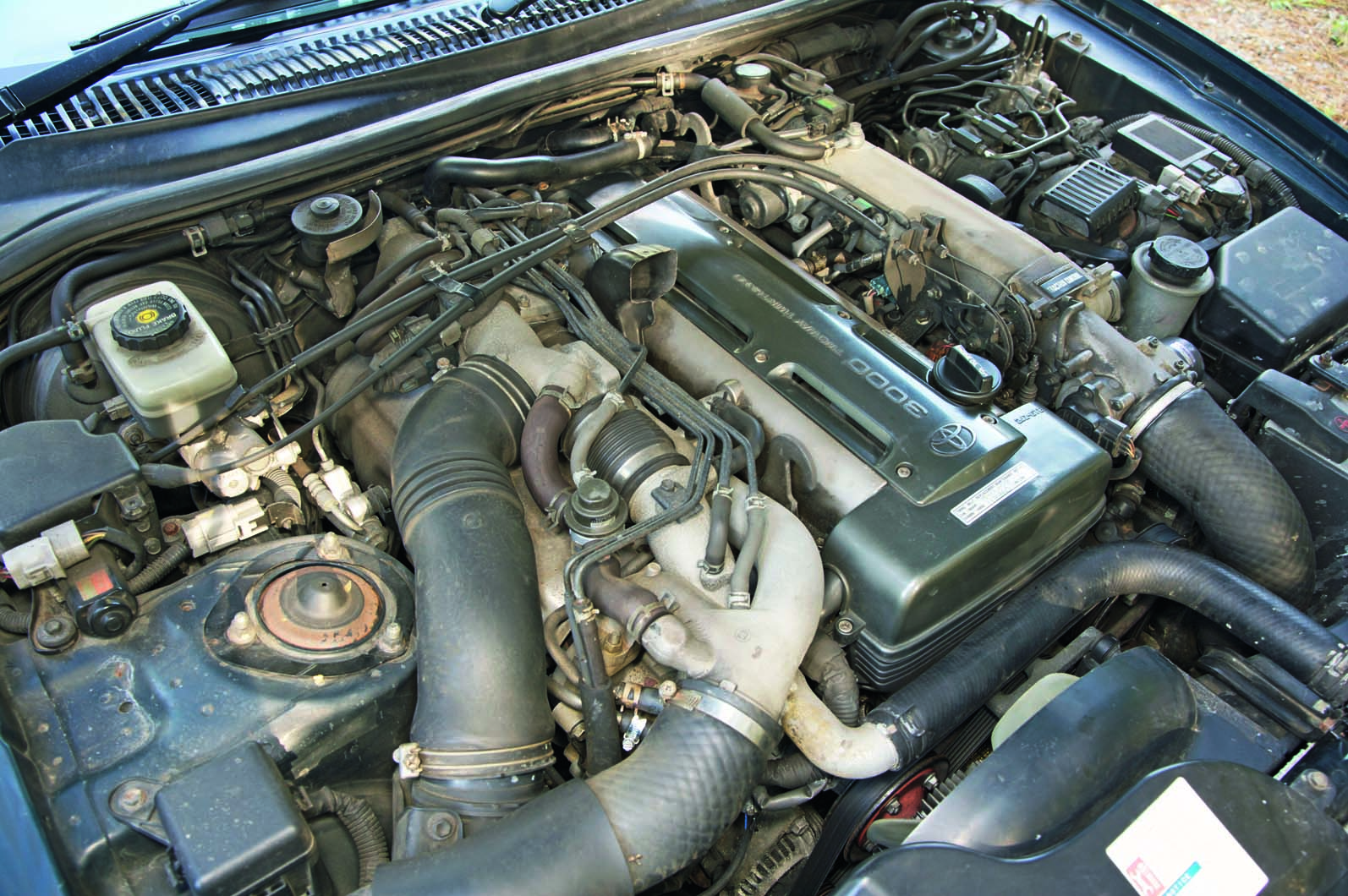 ENGINE - Smoke on start-up and when blipping the throttle after idling is probably valve stem seals. Continuous smoking is likely to be failing piston rings. As for the turbos, listen for the second blower kicking in at around 4000rpm. Boost should be smooth and turbos should whistle rather than whine. Check for a timing belt change every 50k miles and oil changes every 6km miles.

GEARBOX - Check the clutch operation, and if it needs changing, have the flywheel done, too. It can fail, causing a severe judder and rattling as you let out the clutch and pull away.

TRANSMISSION - The six-speed ’box is toughest of all. The five-speeder can suffer synchro wear. On the four-speed auto, first to second will probably clonk. The diff is strong but can clonk into first from reverse (not serious). A whining noise under load is not good.

SUSPENSION AND BRAKES - Major components are tough but bushes and dampers wear out. Beware aftermarket track-day dampers that tighten the handling but ruin the ride. Brake hard from 60mph checking for any instability and then, again, lightly, checking for worn discs. Post-1994 cars with uprated brake pistons eat pads and discs. Beware oversized aftermarket wheels, which stress wheel bearings and suspension. Expect tyre wear on the inner shoulders. 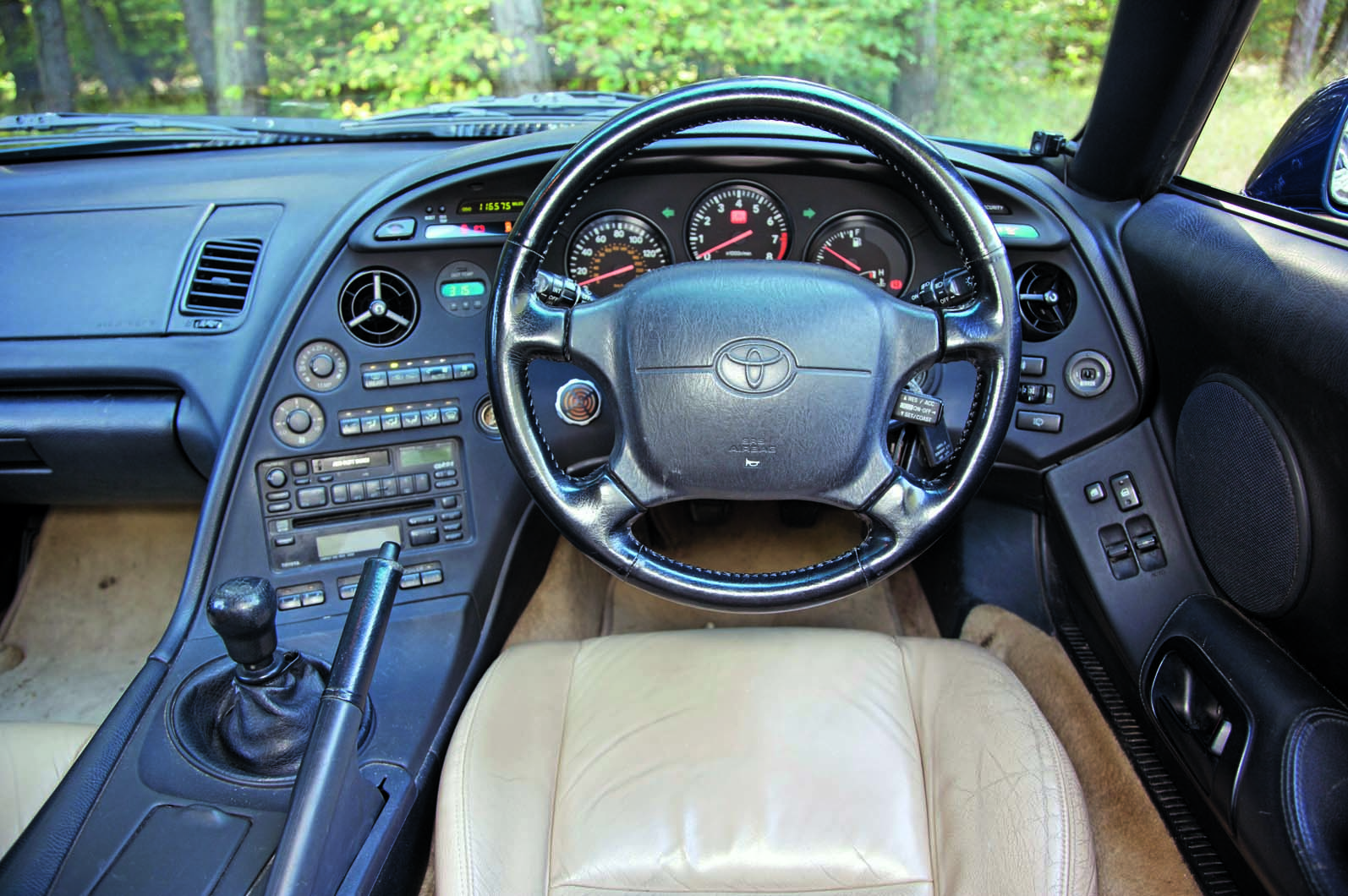 Also worth knowing: If you can’t stretch to a twin-turbo model, you could always consider adding a single turbo to a naturally aspirated Supra. The five-speed gearbox is easily strong enough but you’ll need to uprate the clutch. The automatic is weaker but will still take up to 400bhp. Specialists such as SRD Tuning can help.

£4500-£5500 - Cheapest runners, all naturally aspirated imports with high mileages, a bit scruffy and far from original.

Tuning an one up to 1000bhp. however is crazy, totally ruins the car at lot's of money spent. The turbo had decent power - the non turbo, really just cruicers - comfortable long distance. The performance of the twin turbo is ample for the road - no need to compete with modern Porches, even though it's possible to tune the engine to such extend it's got comparable power levels or more. The other changes needed to handle the additional power - shall inevitably ruin the ride. Which in standard car is comfortable enough, for it to be a - touring car or GT. Or for it to be used for every day driving.