A classic sports car that is bundles of fun, British made and won’t cost you the earth. Just make sure you’re buying the genuine article
Open gallery
Close

If a Mazda MX-5 Mk1 or Mk2 is too Japanese and a Lotus Elise Mk1 out of reach, then get your mitts on a Midget. The two-seat MG roadster ran from 1961 to 1979 and for years has been popular with motoring enthusiasts on a budget.

‘Budget’ implies cheap, of course, and while £7000 is sufficient to secure a good chrome-bumpered car (more desirable than the later rubber-bumper variety), for anything tip-top you’re looking at well over £10,000. Fortunately, it won’t be money wasted since good Midgets are rare and their prices are only going one way. Unfortunately, it means dodgy sellers are getting on the bus and asking silly money for, at worst, thickly painted rubbish and, at best, bitsa-cars assembled from Midgets of all ages.

In fact, we found one. It’s a late 1960s car that looks fresh, but an expert we consulted spotted its incorrect grille and bumpers a mile off. It’s been advertised for some months, often a sign that punters can smell something fishy. Another is an ad that says ‘no time-wasters’. In all likelihood, the time-waster is the person selling the car… 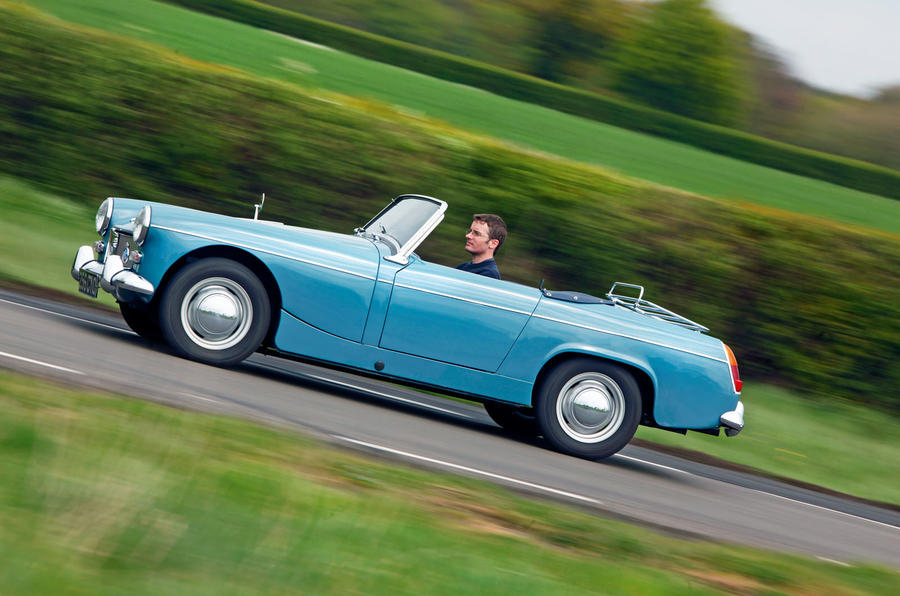 The Midget Mk1 first appeared in 1961 with a cute little 948cc A-series four-pot. A year later it was swapped for a larger 1098cc affair. In 1963, the engine gained stronger main bearings while the front drum brakes were changed for discs. In 1964, the first big facelift occurred. As a result of this, the Midget – now called the Mk2 – got a small increase in power, semi-elliptical rear springs for a smoother ride and a revised interior.

The car was growing up, but in 1966 it started shaving with the arrival of the 64bhp 1275cc engine, a detuned version of the one doing the business in the Mini Cooper S. A better hood and larger fuel tank completed the makeover. Today, this Mk3 version is the one most buyers seek out.

In 1968, British Leyland adopted the car and its marketing team set to with on-trend Rostyle wheels, fresh interior trim and new rear lights. Casting around for something to do, in 1972 the same team forced rounded rear wheel arches on the car.

In 1974, the US insisted on a raft of safety and emissions-led changes that resulted in the Midget getting big rubber bumpers and a cleaner 1.5 Triumph engine mated to a Morris Marina gearbox with full synchromesh. The square wheel arches made a comeback because safety officials considered them to be stronger.

When it comes to a Midget, condition is king and corrosion the enemy within. Yes, you can get new panels and even shells, but they aren’t cheap and they’ll require painting. In fact, one expert we spoke to has stopped dealing in cars that require body work, it’s that expensive. On the other hand, he’ll take any number of mechanical issues on the chin. 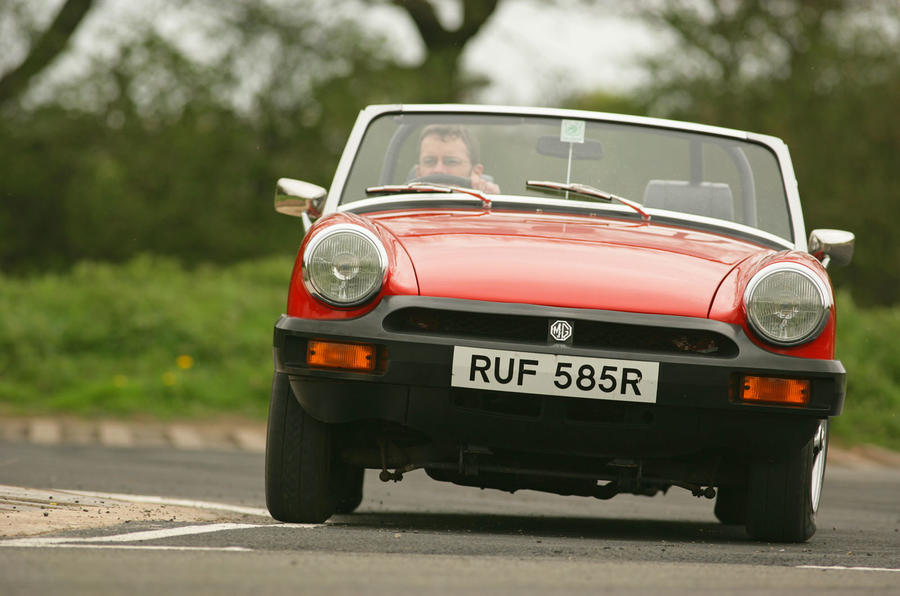 So, look hard, believe no one and avoid rust like the plague, and you should get the Midget of your dreams.

Mike Authers, founder, mgmidgets.com: “Midgets are little but that’s what makes them so much fun. The handling is great but safe, too. But it’s getting harder to find good ones. Not so long ago I’d have a dozen in stock, but at the moment I’m down to one. It’s a fully restored, former Downton Engineering 1971 1275cc Midget for £19,450. Body condition is everything; you can always replace mechanical parts easily, but beware of cheap, poor-quality copies. My favourite is a late-1960s 1275 with chrome bumpers and wire wheels.”

■ Engine: On A-series 948cc, 1098cc and 1275cc engines, check the oil pressure and for signs of oil smoke and fumes. The 1275cc engine is popular with DIY tuners so look for signs of ham-fisted tweakery. A leaky head gasket, worn valve stem seals and noisy tappets are other issues to look out for. The later 1.5 engine had weak crankshaft journals so listen for rumblings below. 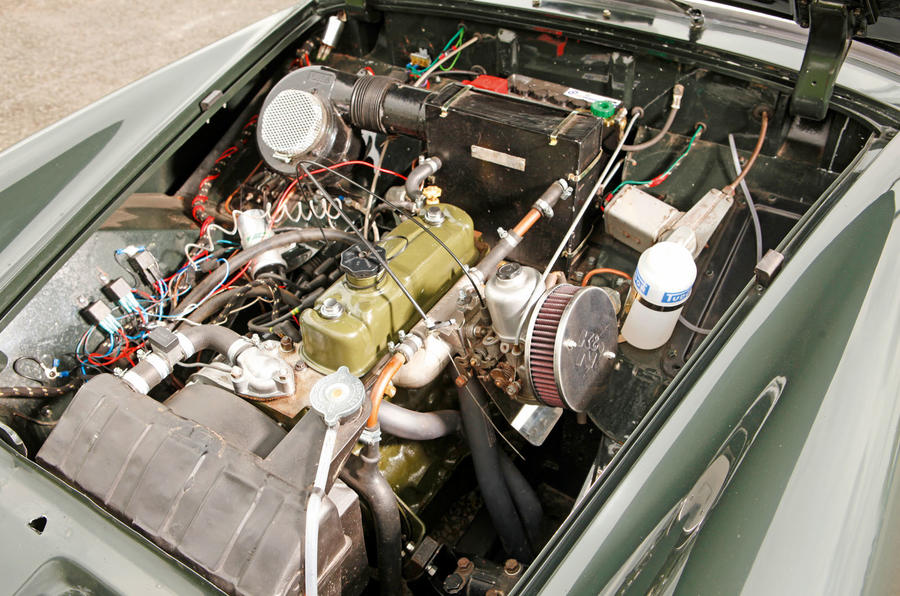 ■ Transmission: Expect straight-cut first and reverse gears to whine, but you may need an expert to help you distinguish that from noisy bearings. On the remaining gears, feel for worn synchros. Listen for a noisy rear differential.

■ Body: Use a magnet to tell filler from steel, and a screwdriver to tell rust from paint. Sills, A-posts, doors and wheel arches rust badly. Roofless, wet-weather motoring will soak carpets and cause floors to rust. Don’t ignore the boot floor, especially where it meets the rear upright panel. The rear spring hangers corrode badly, too. 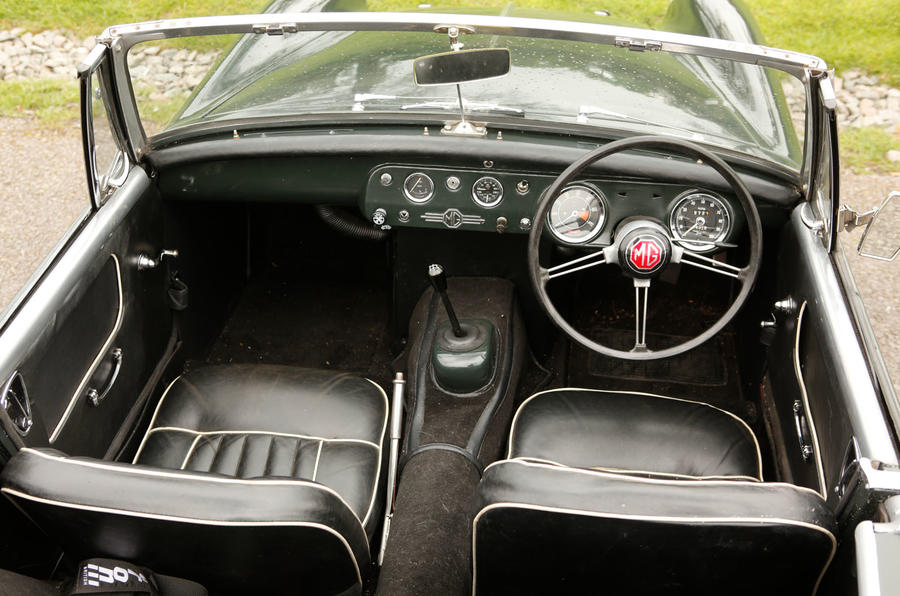 Most cars over 40 years old are now exempt from the MOT test. Only ‘most’ because if a car has been substantially changed, it must still be tested. As it’s a safety test, have any Midget you’re considering buying MOT’d anyway. 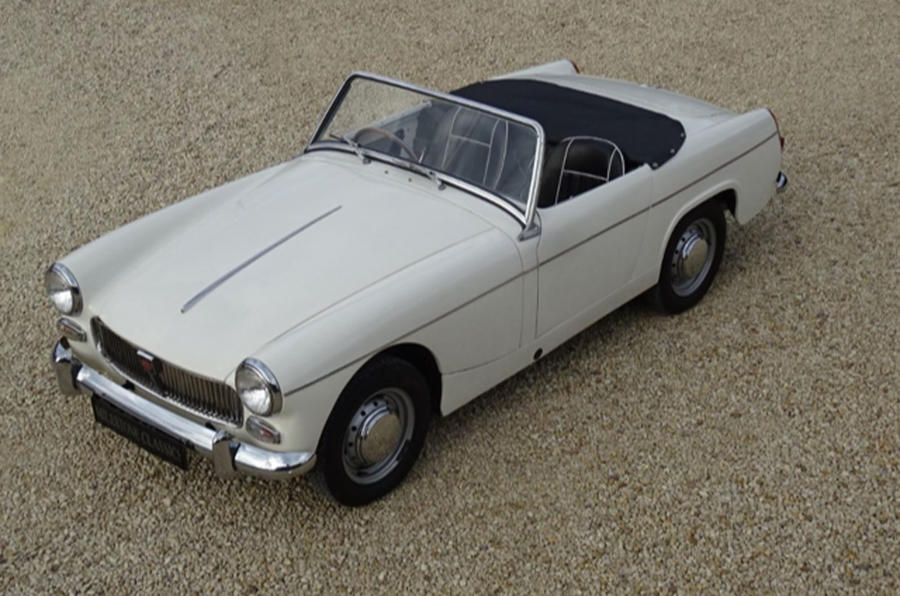 MG Midget, 948cc, 1961, £11,995: Why settle for second best when for less than £12,000 you could have this rare Midget dating from the model’s first month of production? Restored some years ago but still in top condition and with the authentic ‘Frogeye’ dashboard and Bakelite steering wheel.

British Leyland at 50: its greatest cars​

more charm than an mx-5

I used to sell MX-5's along with other new mazda's. I get it about being reliable, good to drive etc blah blah, been there. I just feel they lack the charm of the MG and are plasticy inside.

A Midget these days, if well looked after will probably be better than when it left the factory. Take it to Frontline Developments and you have a stealth machine that wont nreak down or lose value.

As a child I always thought

As a child I always thought these cars new were awful.As an adult I confirmed it. How BL continued on with these cars until 1979, is beyond me.
drumtochty 25 March 2019

Nice idea but a clean MX5 / Eunos is a better everyday car. When the Midget stopped production around 1980 or so British Leyland had problems getting rid of stock.

Yes Sir, you can have this Crackerjack Golf GTI which is reliable, dry, fast and warm or you can go back "20 years in time" and have a new Midget from stock!

Yes, it would be nice to have one for say a 2 hour drive. Don't swap the MX5 keys with the owner as he will not be there to take them back.