This classy, intrepid, family SUV has dropped to just £13k, and there are plenty to choose from
Share
Open gallery
Close
USED CAR DEALS Find your perfect used car for sale on Autocar
Share story

We’d all like to think that we’re above SUVs, but few other vehicles can swallow buggies, car seats, shopping and occasionally the in-laws quite so well. The Land Rover Discovery Sport is particularly adept in this regard, and now that used ones can be had for £13,000, it’s a tempting alternative to an estate.

The Disco Sport arrived in 2014 as a more practical replacement for the Freelander 2, thanks to the option of two flip-out perches from the boot floor. To begin with, it had to make do with a 187bhp 2.2-litre diesel from its predecessor before the 2.0-litre Ingenium engine appeared in 2015.

There have been nine different trim levels, and among those to consider are SE Tech and the popular HSE. SE Tech gets you sat-nav, all-round parking sensors and an electric tailgate, while HSE has a Meridian sound system, full leather, a rear-view camera and a panoramic glass roof.

On the road, we’d recommend avoiding any with 20in wheels. Around town, the ride is a bit jittery anyway, and the suspension picks up expansion joints and potholes even more noticeably with these wheels. That said, larger bumps are dealt with well, and once you’re up to speed on a long journey, the ride smooths out admirably. 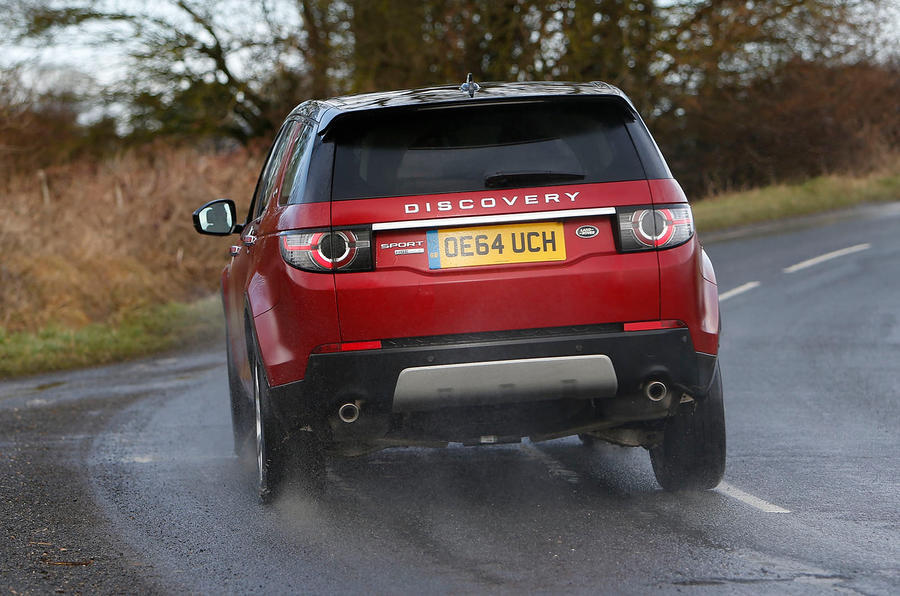 The Discovery Sport’s propensity to lean in corners prevents it from feeling as crisp as its more sporting rivals. Throw in the fact that the most popular diesel engines – the 148bhp and 178bhp versions – are decidedly lethargic and it’s clear that this isn’t a car to be rushed. More powerful engines help but also increase thirst dramatically.

We’d go for the nine-speed automatic gearbox over the six-speed manual, too, because it suits the Discovery Sport’s character and will make the car easier to sell on. Still, it isn’t all bad. With direct steering and plentiful grip, the Discovery Sport feels secure and connected to the road all the time.

As for the interior, there’s a true sense of quality to all the fixtures and fittings. Especially pleasing is the way all the major controls are clearly and logically laid out. The infotainment system can be a bit of a fiddle to use, though.

In terms of passenger accommodation, ‘cram’ is the operative word where the rearmost seats are concerned. They aren’t as spacious as you’ll find in a similarly sized MPV. In fact, the third row is only really suitable for short stints, unless those in the second row slide their seats forward to share their generous amount of leg room.

The boot’s a decent size, though, especially when the third-row seats are folded into the floor. Front-seat occupants will find little to complain about because there’s loads of room. 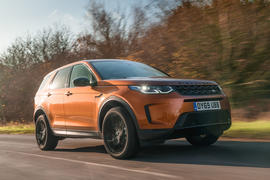 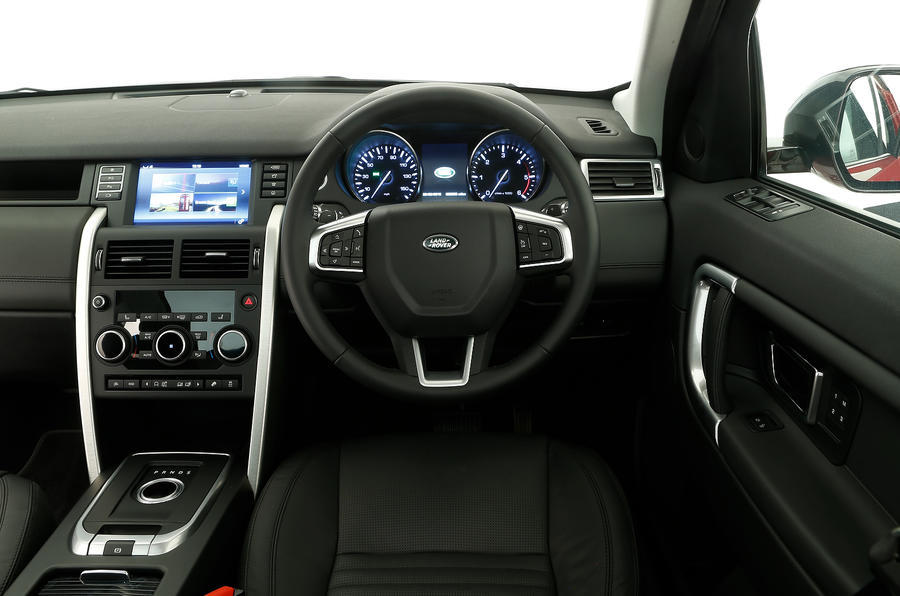 4x4 blunts fuel economy, so if that is a priority go for a front0drive manual, which has an NEDC combined 49.6mpg. There’s not much difference between the 148bhp and 178bhp TD4 AWD.

There have been five recalls for the Disco Sport. Check with your local Land Rover dealer to see if any recall work is still outstanding.

The Disco Sport is more likely than most to have been taken off road, so inspect underneath for caked-on mud, dented panels and broken plastic trim that all indicate past abuse.

Ignoring the ‘sportier’ Dynamic, HSE Luxury is great for summer heat due to cooled front seats, and the winter freeze because of bum friers all round plus a warmed wheel. 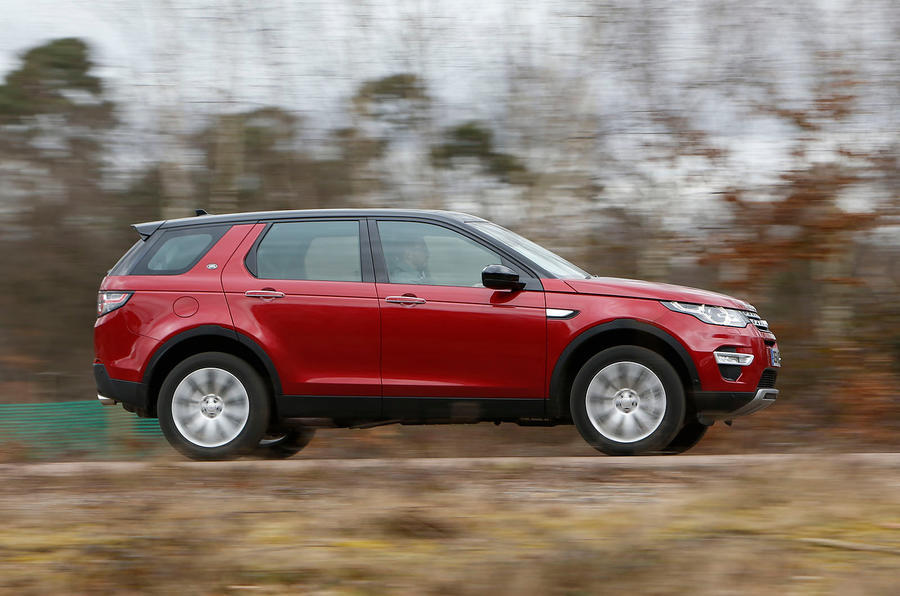 2.0 TD4 HSE AUTO We’d go for a well-specified HSE and the later 2.0-litre diesel engine in 178bhp TD4 form. The automatic is best as well because the manual has a vague clutch that’s unpleasant to use.

Si4 HSE DYNAMIC LUXURY The 287bhp Si4 petrol is about as wild as it gets here because there isn’t an SVR version. This engine is mostly found in HSE Dynamic Luxury cars with huge 20in wheels that look good but admittedly spoil the ride.

As for comparing to RR, that reviewer was having a laugh. RR feels like a bank vault, quiet, solid, big. Disco feels more like a tin box after a drive in RR. It is much smaller, but it is quiet on the road, comfortable and easy to drive.

Ah, yes, 20 inch wheels. I refused to take these even though they came with the packages I took (my car is HSE Sport Lux), I went for 19 inch for more rubber and air, giving me more cushioning and less worries around curbs. This car does not need flashy 20 wheels imho, it is not flashy or sporty enough. It looks good with 19s.

Car is in principle OK. Looks great, functional inside, loads of space in the rear seat and trunk.

Navigation (I have the standard one) is relatively slow.

The parking camera does not work at all times, sometimes, for whatever reason, it just stops working. Have been with that problem to service twice, they just updated software, which made front parking sensors NOT work at all times, but the camera problem has not been fixed. The new software (which is apparently also on other models from Land Rover) turns off front parking sensors when moving forward! This is dumb in my opinion, so when moving out of tight spaces I have to click the button on the dash for the sensors to start to work.

So, all in all, I am pretty content with the car, but it has these niggles. I say, British cannot build cars, bikes are also questionable (I had Triumph Daytona 675, loved it, now have Speed Triple RS, it is great except for quickshifter/blipper which is subpar).

I bought the car new on towards 30% discount, and I like the looks, and, importand, my better half likes the looks.

But if I were to look now, I would most likely buy BMW X3M.