BACK TO ALL NEWS
Currently reading: James Ruppert: How to buy your kids a car
UP NEXT
Bentley Bacalar concept: first drive of £1.5m roadster

James Ruppert: How to buy your kids a car

Buying your offspring's first motor is all about the insurance, so some hardcore research may be in order
Share
Open gallery
Close
Share story

As a parent I was shocked to discover that more than three quarters of us here in Blighty either buy their child’s first car outright or contribute money towards it.

According to the people at Moneysavingheroes.co.uk, £1500 was found to be the average amount given for a car purchase. It was also found that one in five parents received help to buy their first car. Didn’t happen in my case, but my parents helped in so many other ways, especially my mum, who didn’t tell my dad that I painted car parts on a rug, leaving some obvious overspray.

The bottom line is that parents want to guarantee that their offspring have the safest and most reliable set of wheels possible. As I have often explained, it’s all about the insurance – that’s the beginning and the end of it. Don’t think you can buy a cheap classic and sit back; insurance companies hate them, along with some diesels and less safe older cars. You will have to spend hours of your life getting insurance quotes, too. For the moment, though, let’s spend £1500 on something that is first-driver friendly.

A Volkswagen Polo. I’ve bought one of these for a teen and the 1.4 was actually pretty cheap to insure. So a 2004 1.4 Twist with 75,000 miles isn’t half bad at £1500. A one-owner, too. Then again, a 2004 Ford Fiesta 1.4 LX with 94k miles at the same money is also worth considering, because servicing will always be very affordable. Otherwise there is the Vauxhall Corsa, a 2007 Design with over 100,000 miles that is worth considering as a more recent alternative to the Ford. 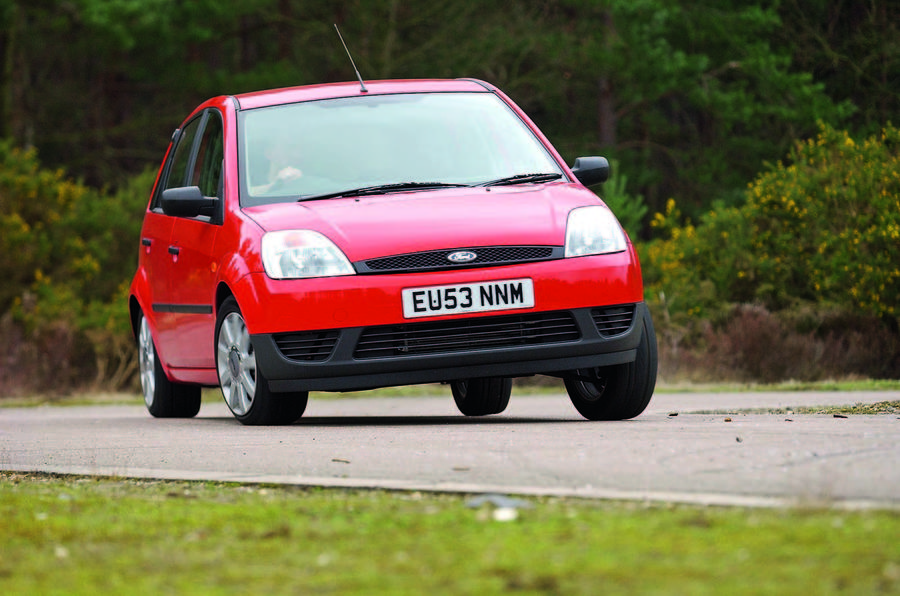 What may be less reliable and less cheap to fix is a 2007 Citroën C3 1.4i Cool with a fresh MOT and proper service history. It even has a warranty for parts and labour, so maybe we’ll feel better about buying one of these. You could, though, consider a Chevrolet Aveo 1.2s. A 2009 with less than 80,000 miles is within the £1500 budget.

Probably the best example of a teen-friendly model would be a 2006 Toyota Yaris 1.0 VVT-I T3 with just shy of 100k miles. It has a service history and it’s a dealer part exchange, so they have an obligation to make sure that it is in roadworthy and warranty-worthy condition.

My advice for buying a teen a car is to do all the hard graft by checking out the insurance implications in your postal code. What is affordable in one area of the UK may be a bit pricey in another. This will be boring, but is more than worth doing – if you are a proper parent. 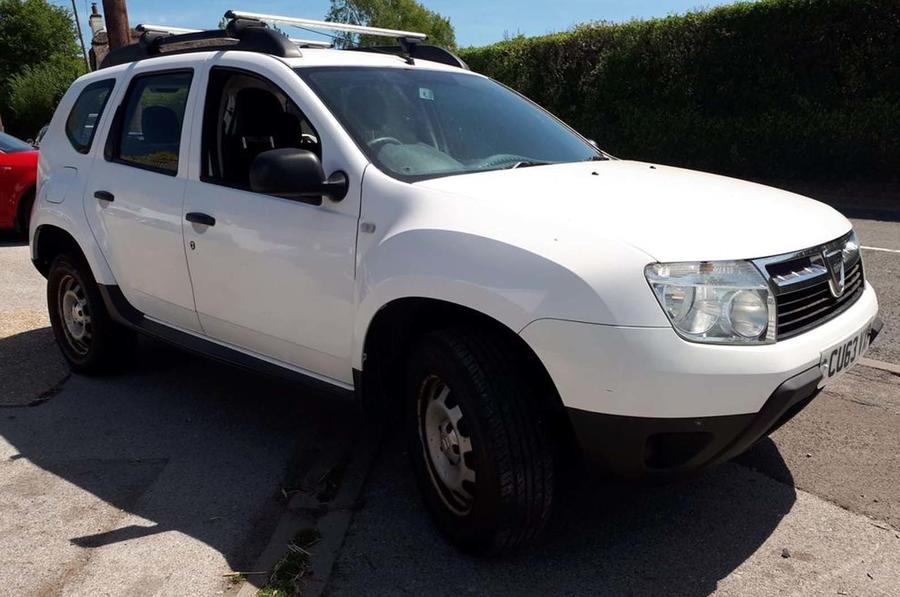 Dacia Duster 1.6 Access: Cheap when new, even cheaper used. This 140,000-mile, 2013 Duster with full history is up for £2795. It’s described as being in good condition, but a few models delivered between January 2013 and August 2014 suffered rusty sills caused by poor paint application. Dacia repaired affected cars, so there should be nothing to worry about. 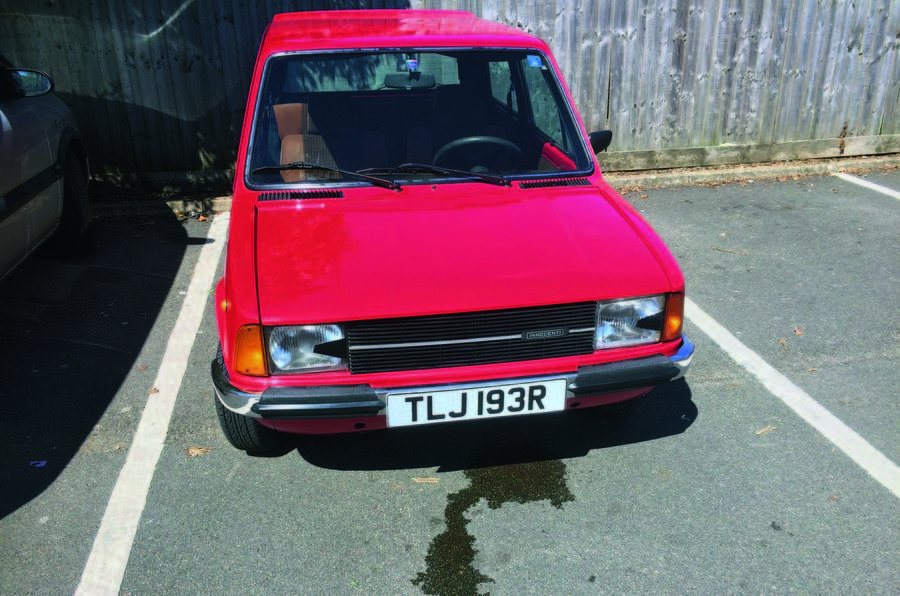 Innocenti Mini, mileage - 6801: All my cars seem to leak some fluid or other. It’s what they do. When I’ve been using The Italian Job on local errands I noticed there was a little dribble every time I stopped. It was pretty clearly water and at first I did think it was rather more serious. Even the seller didn’t think the cooling was particularly reliable. Indeed, when I first got it, escaping steam seemed to be an issue, and I did toy with the idea of a new radiator. At the moment all that happens is the dribble when it stops, but there’s no overheating or running a bit of a temperature. Bit like me in old age, really.

The Innocenti: The best thing about writing for Autocar is making contact with you, dear reader. You ask the cleverest questions and you tell me interesting things. 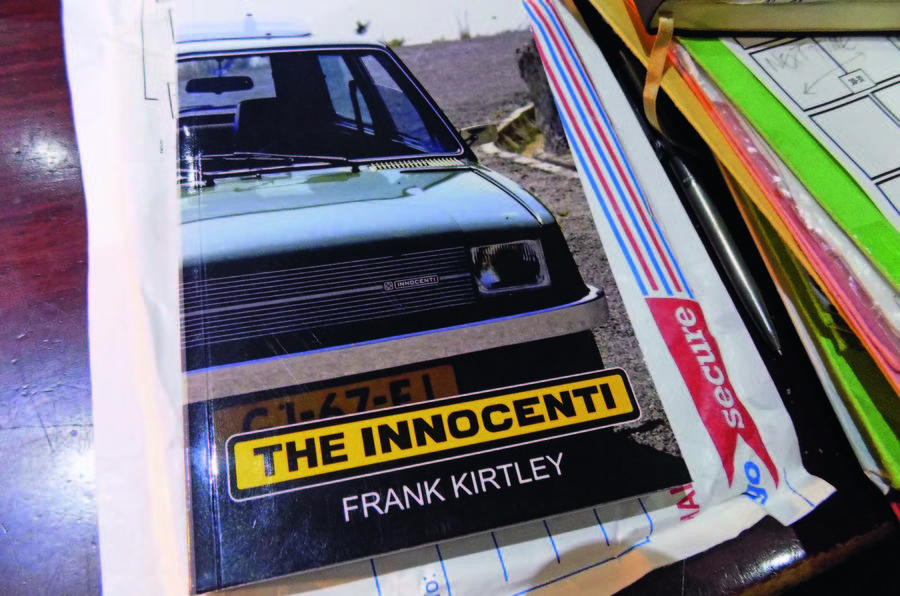 Recently these have been Innocenti related. I have talked to a couple of owners and the man who serviced Lord Donald Stokes’s. Here’s an even bigger surprise posted to the Autocar office: this novel by reader Frank Kirtley. I’ve started it and I will let you know what it’s about, but for now it’s brilliant someone called a book The Innocenti. Glad to have some bedtime reading.

Question: I’ve just bought a new Audi RS3 Sportback on a PCP. Once it’s run in, I plan to have it chipped. Who do you recommend for the work? Kevin Salter, Colchester 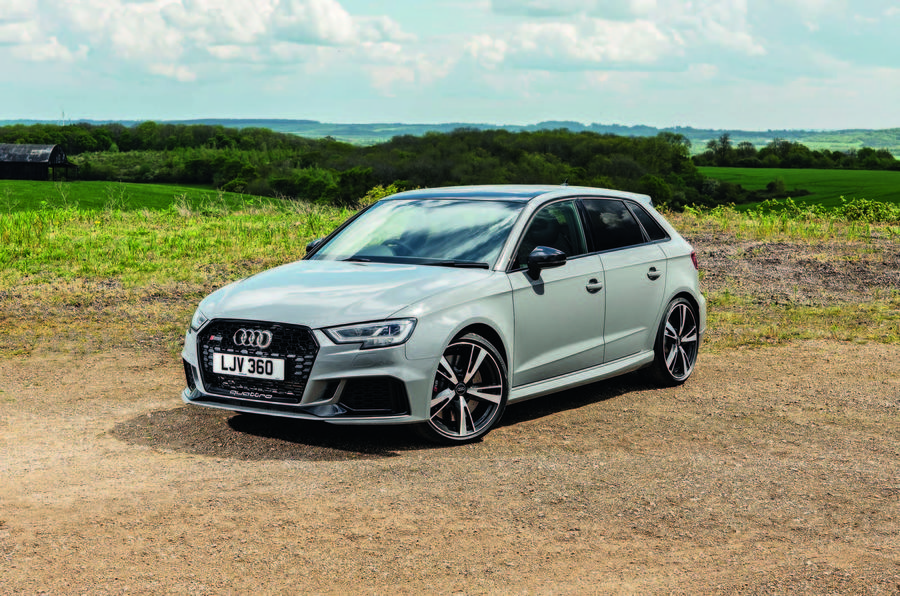 Answer: If you don’t mind, we’ll avoid answering that since we’re not a tuning magazine, and in any case, there are many other things to consider when uprating an engine. Instead, it concerns us that you think you’ve bought your RS3. In fact, you’re renting it, and Audi Finance is your landlord. And just as some landlords don’t like you changing things in their houses, so Audi Finance is unlikely to appreciate you sneaking more horses under the bonnet. Ask permission, first. It’ll probably say no. John Evans

Question: I’m interested in a nearly-new Infiniti Q50, but despite the dealer’s assurances, I’m worried about servicing, parts and the warranty in light of Infiniti pulling out of Europe. What do you think? Harry Jordan, Castle Douglas Answer: A spokesman said the company has set a deadline of March 2020 to identify more service providers within sister company Nissan’s dealer network, so this might mean your nearest service point is closer to you than it was before Infiniti pulled the plug. He said Infiniti’s warranties will remain in force and parts supply will be maintained. Infiniti is inviting owners to register for news and updates on the new plan at infiniti.co.uk. John Evans

The most expensive cars to insure

My priority when looking for

My priority when looking for a car for my daughter in 2 years time will start and end with the EuroNCAP rating.

Reliability and desirability will be good to have but giving her the best chance she has if some moron drives into her is a bigger priority than anything else and if we can't afford safe then no car until we can afford it.

You are all outstanding parents!

My boy will drive whatever he can afford!  Just like I did.

When buying for my kids my

6 August 2019
When buying for my kids my first priority was for safe cars so I looked up 4star rated cars on ncap, then got insurance quotes and then tried to find good examples of the cheapest to insure using mot history searches as well. My daughter ended up with a 54 fiesta 1.25 with 96k on the clock, my son an 09 twingo 1.2 with 120k. The Yaris was among the cheapest to insure but there were never any localish, and age played a big part as once over 15 years old a lot of insurance companies wouldn't insure so on the comparison sites you were left with only the more expensive quotes.
The group 3 1.0 Corsa came in at the same price as a group 15 1.6 mini one for my son, which was about £800 more than his twingo, so insurance groups aren't even a guide.

6 August 2019
Sorry meant to say minimum 4 stars ncap, and my budget was as near to £1k as possible.

Keep an eye on the acronyms

ABS is taken for granted now, but when I was buying first cars for my offspring I made sure they had it.  Equally important is ABS's close relation, ESP (Electronic Stability Programme).  This is essential for teens - indeed the ESP on a Golf of theirs saved my own bacon on a dark and rainy night.  Some ten-year old Polos, good as they may be, don't have ESP.

Keep an eye on the acronyms

That should read 'some >10 year old Polos don't have ESP'.

...No way, I found that anything above a 1.2 was really expensive to insure, perhaps you live in the countryside/non urban enviroment. Safety/build quality was very important as well so ended up buying her a 3 cyl polo 1.2s (52 plate ) as it had the "kudos" she wanted as well as being "reasonable to insure" I would have prefered not to have bought her this however driving thrills were not the priority at the time. (This was about 9 years ago).

..For the love of your offspring please ensure you use the "checker thingy" as many cars we intended to view were Cat D, in fact it got so bad I bought it from a dealer in the end for peace of mind.

Too much amphasis on Europ NCAP ratings

Rather than worry too much about car safety ratings, shouldn't the priority be on getting the best driver education beyond taking the driving test?

Let's not forget than NCAP only tests a few very specific crash scenarios - and you can't choose what type of accident you are going to have. And the ratings are only valid for a limited time period - yesterday's 5 star super safe NCAP rating  is only equivalent to today's 2 stars. Also, the ratings do not take into account vehicle car mass and size, so a 5 star supermini may not be as safe as a larger heavier car with say three stars.

Dare i suggest that it might even be better for youngsters to buy their own first car. After all, if you have worked hard and saved for that purchase, you might just drive a little more carefully to preserve your investment... and your own neck!

What about a brand new car?

Agree 100% with LP, NCAP ratings change thru the years. Also liking the idea "if some moron" crashes in to my child. Chances are it's our kids who'll be that moron  ( we've all been there ).

I'd put more emphasis on buying advanced driving lessons and would be looking for a car with a slow 0-60 time rather than concentrate on NCAP.  By the way, how many cars were given under 4 star ratings? I thought all the popular ones were at least four?

One of those 1.0 or 1.2 non-turbo Polo's would be my default for a teenager - if they want anything bigger, faster or more sexy, they can buy it themselves.

However there's a much better option...  PCP.  With insurance being what it is for young drivers, funding a 2yr PCP on a brand new car where insurance is included as an incentive would be a better and cheaper option IMO.  You can buy a C1, Polo or 208 on PCP with free insurance for anyone 18 and over. I'd see them thru until their 21, then it's up to them what they want to do.