BACK TO ALL NEWS
Currently reading: Buy them before we do: second-hand picks for 29 March
UP NEXT
Prodrive P25 is uprated Subaru Impreza 22B with 400bhp

Buy them before we do: second-hand picks for 29 March

With more power and exclusivity than a Volkswagen Golf R32 of similar vintage, the Mazda 3 MPS is the used hot hatch of the day
Open gallery
Close

Mazda 3 MPS, £10,200: The letters stand for Mazda Performance Series, which you’ll have to get used to explaining every time someone asks why you’re driving a Mazda 3.

Tell them you’re driving it for the thrill of its 2.3-litre four-pot that uses forced induction and direct injection spark ignition to generate 256bhp, or more than the Mk5 VW Volkswagen Golf R32 and Audi S3.

So why have so few heard of it? Largely because the MPS put all that power down through its front wheels, whereas its aforementioned rivals do so through all four. Granted, it has a mechanical limited-slip diff and a steering-angle-sensitive throttle damping system but torque steer remains a problem. 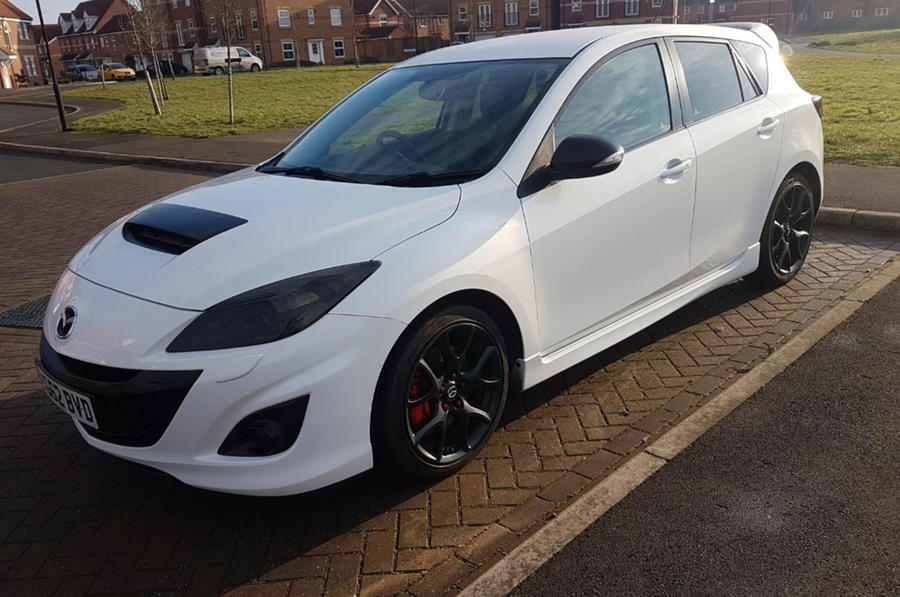 Things to watch for include a rattling VVT actuator and worn turbo seals. Ensure the oil has been changed every 9000 miles and the recall for a loose engine mounting bolt was actioned. The gearchange may feel notchy from first to second, a sign that fresh gearbox oil is needed. Check if the diff rumbles on full lock.

The original 215/45 R18 tyres are expensive so don’t be surprised if it’s wearing 225/40 R18s. On the test drive, listen for tired drop-links and anti-roll bushes, and for clunky suspension top mounts.

Surprisingly, rust can break out behind the bumpers and on the wheel arch and tailgate. Inside the car, the leather can crack around the driver’s seat bolster, but leather restorer should stop it spreading. 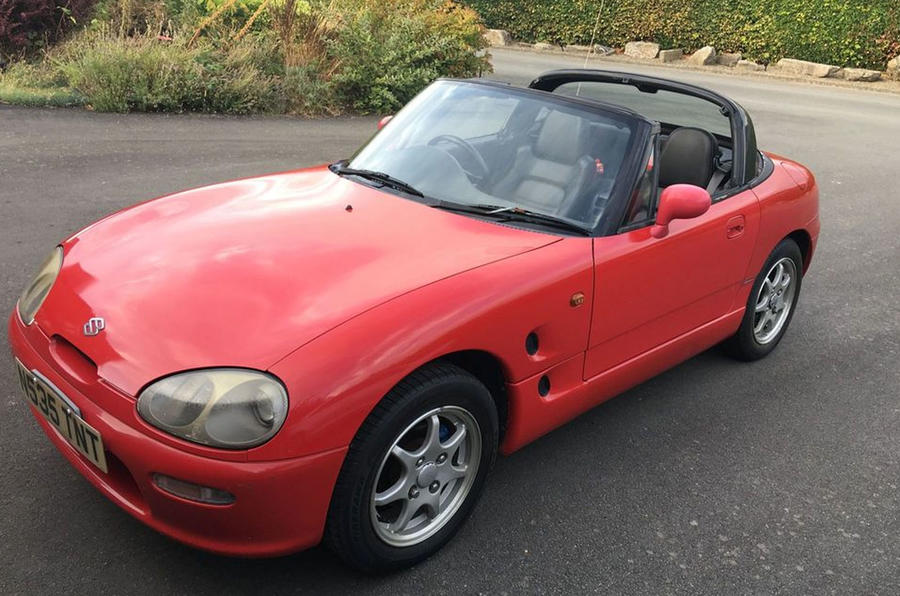 Suzuki Cappucino, £4950: With a name inspired by coffee, it’s a pity this tiny two-seater missed the Starbucks revolution. Weighing less than 700kg and powered by a turbocharged 657cc engine, it’s no slouch. This one is a cherished 1995/N-reg car with 68k miles. 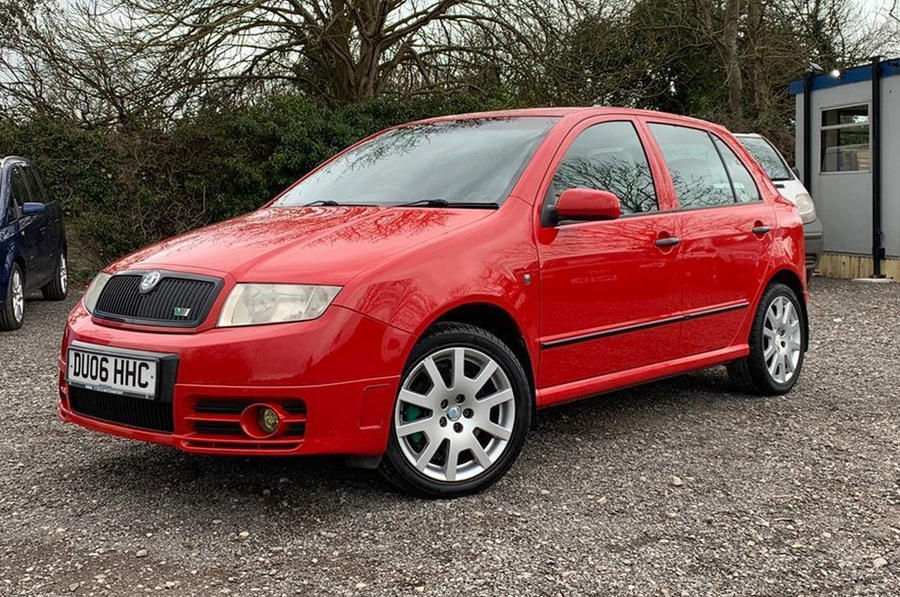 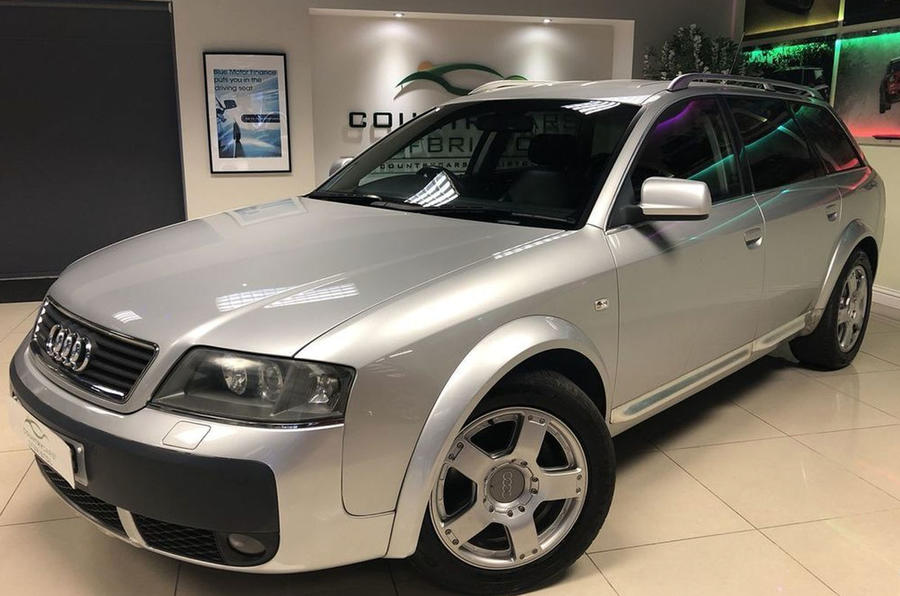 Audi A6 Allroad, £4990: With raised suspension, quattro drive and torquey 2.5 diesel, an old Allroad is unstoppable. That’s a lot of clever kit, though, and when it goes wrong, it costs. Which is why we’re concerned that this 2005/55-reg with 90,000 miles lacks a full service history. 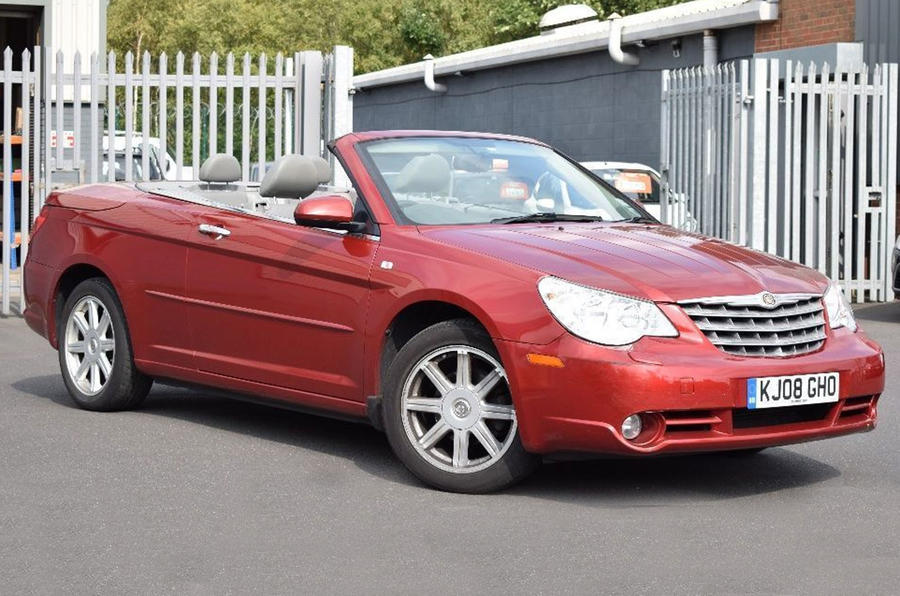 Chrysler Sebring convertible, £3290: Not Chrysler’s finest hour but it’s a stiff old boat so doesn't shake much. The hood’s a quality affair and it has a VW diesel, too. Add heated leather seats and climate control, and this 77,000-mile, 2008/08-reg 2.0 CRD Limited could be just the job for spring.

Renaultsport Clio V6: Papa would have gone white if Nicole had turned up in one of these rear/mid-engined rarities. It was produced from 2001 to 2005 in limited numbers and had no back seats, which, on second thoughts, the old man might have approved of. 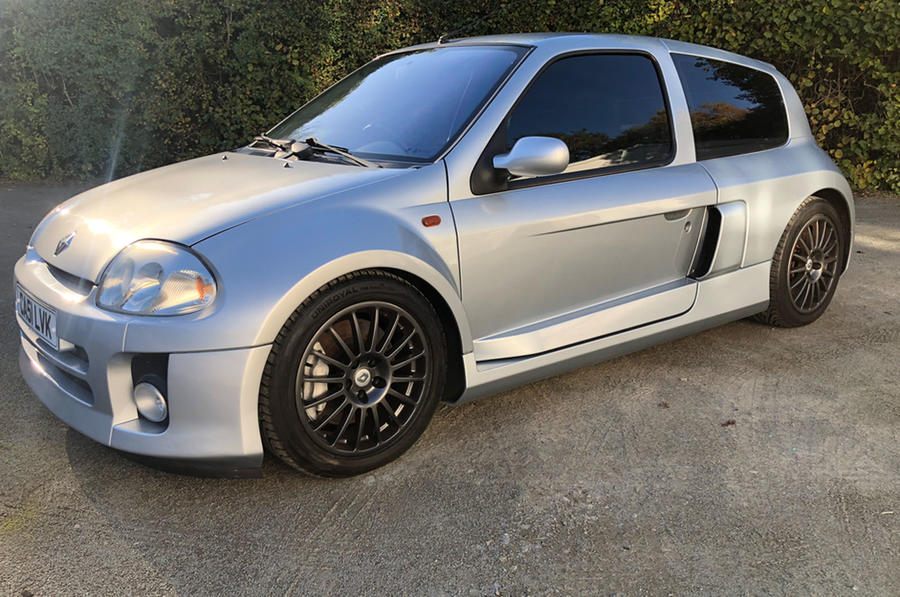 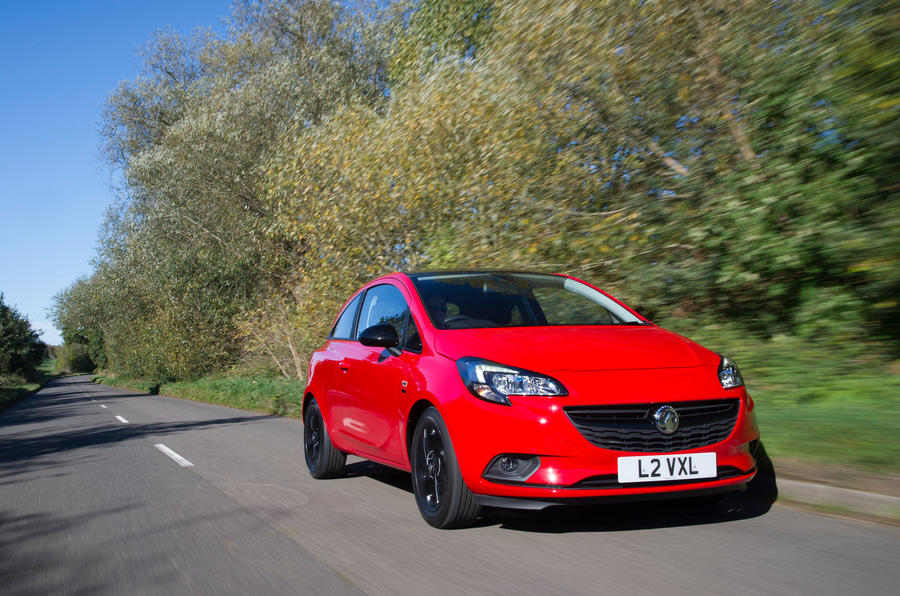 Vauxhall Corsa 1.4i 75 Griffin 3dr, price new £12,420, price now £9942: ‘Let’s face it, us Brits don't like haggling. With the new Corsa Griffin, you don't have to.’ So says Vauxhall in its ‘All Griffin. No Bull.’ campaign for the special-edition Corsa. Really? So how come we’ve found a Vauxhall dealer happy to knock almost £2500 off the price of a 1.4i three-door Griffin? It makes the next line in Vauxhall’s ad – ‘A price that won’t leave you out of pocket’ – sound rather hollow. Life lesson no113: car makers who claim you don't need to haggle are talking bovine manure.

Brief: Find me a quick hot hatch in good condition and original spec for £5000, please. 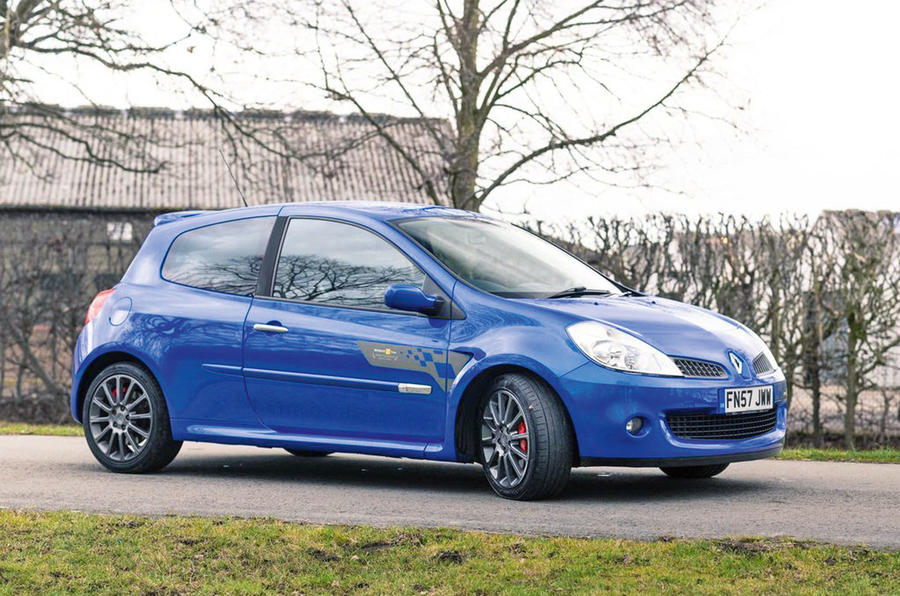 Renaultsport Clio 197 R27 Team F1, £4399: Bit of a mouthful that name, but this 2007 car is a special edition of the regular 197 Clio, except that this has the Cup chassis for crisper handling. You also get figure-hugging Recaro sports seats, red brake calipers (worth 50bhp) and Renault F1 team stickers (another 50bhp). But the important thing is that I’ve found one in original condition with evidence that it has been cherished (full service history, and paperwork for expensive jobs, such as the cambelt and new brakes all round). Max Adams 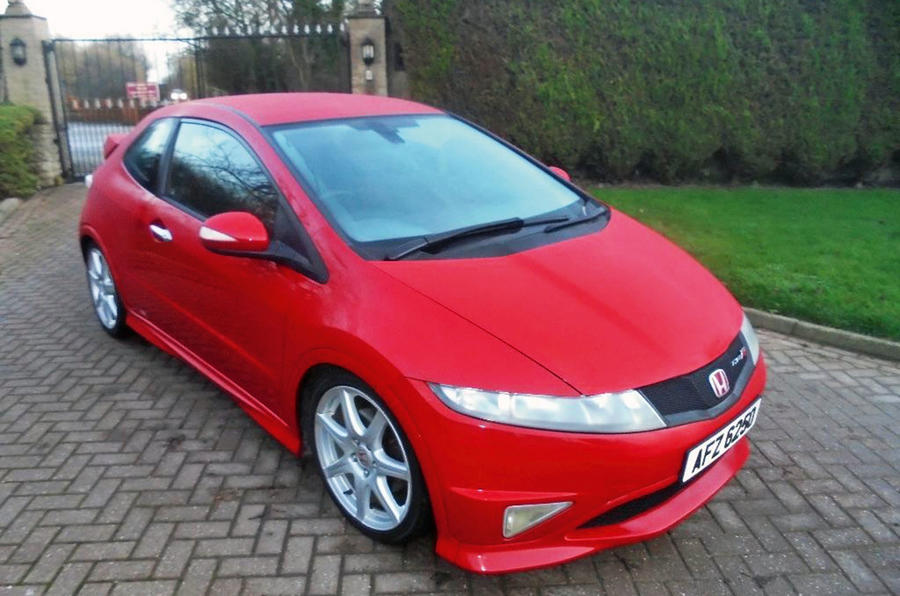 Honda Civic Type R, £4995: The first thing is that £5k ain’t a lot of dough, but the fact that it buys you this humdinger of a Type R should make the heart bleed with joy. With a moderate mileage and youth (it’s a 2009 car) on its side, it leaves you free to revel in its glorious 197bhp VTEC engine with that screaming 7000rpm redline. There’s a slick gearchange and wonderfully agile handling, and it’ll never break down. Fast? Oh, yes. Think 0-62mph in 6.6sec. Fun factor? High. Bang for buck? Phenomenal. Mark Pearson

Verdict: What a couple of authentic beauties, but the Renault gets the nod for its no-expense-spared service history – essential with hatches as hot as these.

Over a decade on, is Renault's Clio V6 still a delight to drive?​