If you have a need for speed on a budget, you can’t do much better than the 350Z that Nissan offered from 2002 to 2009
Open gallery
Close

There was once a time when the Mazda MX-5’s monopoly on the affordable sports car market wasn’t so unshakable. When keen drivers could take their pick from a raft of punchy but keenly priced B-road weapons that promised ease of use, kerb appeal and durability in equal measure.

The Nissan 350Z is just one of those cars, and although the 370Z that came after (and amazingly is still in production after nearly 12 years) is remarkably similar in terms of its design, construction and performance, it’s the older Z that’s beginning to cultivate genuine classic cachet, and it might not be long before casual enthusiasts are priced out of the market for it.

What are its selling points, then? Well, its front-mounted 3.5-litre V6 engine – unencumbered as it is by turbochargers – is widely upheld as one of the finest performance motors of the past two decades, proffering a commendable 276bhp in early cars before being bumped up to nearer 300bhp in 2006. It’s a hardy lump and, if given due care and attention, will soldier on well past the 100,000-mile mark with few complaints.

The 350Z’s interior is also held in high regard for its refreshing simplicity and the quality of its construction. Entry-level cars offered little in the way of luxury, but the GT package gained such niceties as cruise control, electric seats and leather upholstery, making for few compromises in terms of refinement, even compared with much newer models.

If the coupé’s confined cabin leaves you feeling a bit claustrophobic, take your pick from the wealth of Roadster variants on sale. Extra body bracing added about 150kg to the weight of the 350Z but also ensured similar levels of dynamism and stiffness to the hard-top, with a barely discernible drop in ride quality. 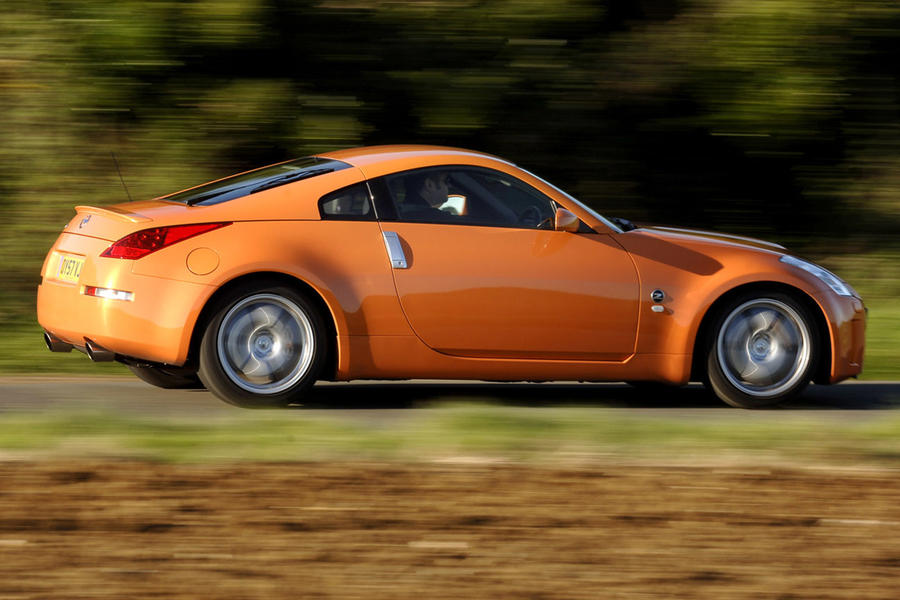 Enhancing the convertible’s appeal is that you can nab a clean one for a good deal less than the equivalent coupé, due to the latter’s greater year-round usability and larger boot.

If you’re looking for a truly special 350Z, keep your eye out for the commemorative GT4 edition. So called because it was available as a playable car on the Gran Turismo 4 video game, it celebrated 35 years of Z cars with bespoke yellow or black paintwork and a free PlayStation 2. Only 176 examples were imported to the UK, so expect to pay at least £15,000 for a good one now – and that won’t even include the console.

It’s also worth bearing in mind that the 350Z’s relative affordability and capable performance made it a firm favourite among tuners, and although the smart money is in factory-spec cars these days, you’ll still see a lot of garish paint schemes and lairy bodykits on the market.

If that’s to your taste, then no harm done, but do take the time to inspect the quality of any aftermarket components that have been installed and make sure the car has never been driven beyond its limits. 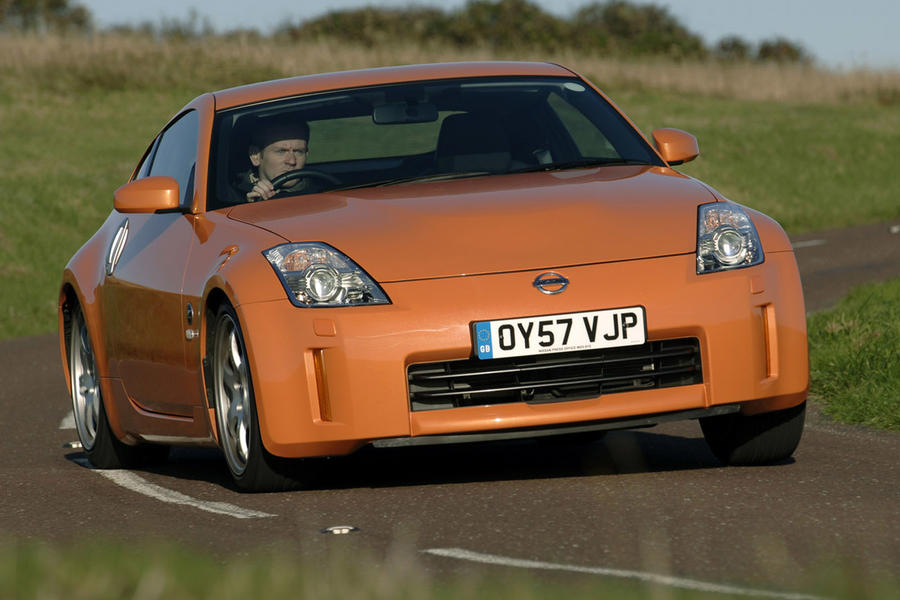 Jack Dabrowski: “Check for rust, mainly underneath, on the braces and arches. Check its history; regular services are key, and ask if it uses any oil; they’re prone to burning a bit. Let it warm up properly before giving it the beans to get the internals and oil up to temperature. Service it regularly and it should be good. It’s a solid engine if looked after, so don’t be put off by mileage, as long as the history shows it has been maintained well.”

■ Engine: Nissan’s 3.5-litre V6 is revered for its dependability, but the less powerful DE unit fitted to pre-2007 cars is known for burning oil, which can cause fatal damage if left unchecked, so look for smoke and pull the dipstick. Keep an ear out for excessive noise at idle; the standard exhaust is prone to cracking just before the catalytic converters.

■ Suspension: Original bushes will need replacing by now, especially those on the lower control arms; they typically fail at around 75,000 miles. Any knocking noises over bumps are likely to be from worn anti-roll bar links; Nissan sells uprated replacements.

■ Steering: Heavy power steering could be a sign that the pump is on its way out, but check that it has enough fluid first.

■ Gearbox: A clicking noise from the rear indicates the driveshaft joints need lubrication, which you can easily do at home with a tub of heavy-duty grease. Clutch replacement at around 45,000 miles is a more involved job that should cost about £600. Seek out a specialist to do this, rather than a dealer, because they’re likelier to know the car’s quirks.

■ Bodywork: Many 350Zs have been fitted with bodykits that can be removed but should be treated with caution; is there any overspray from a dodgy paintjob and is the metalwork beneath in good condition? Apart from that, your focus should be on the underside, where rust can take hold, particularly on the front crossmember. Be especially wary of cars that have lived on the coast.

■ Electronics: Radiator fans are prone to failure on older cars, so watch the temperature on your test drive. Other weak spots include the seat adjustment switches, window motors and filler cap actuator.

Japanese imports are popular and can often be cheaper with little penalty in terms of kit and performance. The 350Z (or Fairlady Z) was restricted to 112mph in Japan, but this is lifted on removal of the km/h speedo. That aside, the differences relate mainly to trim levels; Japan’s ST is basically the same as the GT sold here, for example.

£9000 and above: Run-out cars, often repainted and fitted with uprated suspension parts.

Nissan 350Z, 2008/58- Reg, 53k miles, £10,490: One of the last 350Zs to leave the line, this car justifies its high asking price with its later 296bhp V6, immaculate paint and forged Ray’s wheels. It has been serviced only at main dealers, lived in a garage and been used only occasionally over the past few years.

Nissan 350Z – the car that helped save Nissan

The article mentions the original 276hp engine spec, and the 296hp 'RevUp' version introduced on the 2005 GT4 special edition and then standardised for the 2006 model year.

There is also a third iteration, the High Response (HR) engine introduced in May 2007.  This engine is 80% new, with a taller block pushing redline up to 7,500rpm and power to 309hp (313PS).  The orange example illustrating the article will be one of these, as will the 58-plate car mentioned for sale - they can be spotted by the raised central section of the bonnet, accommodating the taller engine.

Yeah, well... that's because you're an idiot.

Porsche is hardly for all, ford do sporty cars but haven't had a sports car for a long time, can't think of a VW sports car, though they have had a few sporty hatches and coupes, same with Peugeot. BMW, yes the z3 and 4 were sports cars that had smaller engines and price points but now it's quite expensive, but to be fair so is the current 370z. Sports cars for all award goes to Mazda who's mx5 has been affordable for years, Toyota with MR2s and gt86, affordable for all.

But then Jason said drivers

But then Jason said drivers cars so that narrows the field a bit as hot hatches are drivers cars, as are the sports coupes based on the same platforms.

But then Jason said drivers cars so that narrows the field a bit as hot hatches are drivers cars, as are the sports coupes based on the same platforms.

People ask why I love Nissan so much

Can any other manufacturer point to a comparable history of producing drivers cars for all?