The 2015-17 Civic Type R could be the ideal hot hatch: thrilling when you want, easy-going in daily use, reliable and temptingly good value
Share
Open gallery
Close

When the FK2-generation Honda Civic Type R burst onto the scene in 2015, it quickly set about proving itself to be one of the most capable hot hatches on the market, sporting a radical (if a bit controversial) new look, a whopping great rear wing and – crucially – a power hike.

There were two trim levels to choose from at launch, but both packed Honda’s fiery 2.0-litre VTEC Turbo engine, famed for its scintillating performance and engaging character. In this application, it produced 310bhp and helped to give the car a 0-62mph time of less than six seconds.

Bluetooth, 19in alloy wheels, LED headlights, keyless ignition, cruise control and a raft of other assist systems were all standard fitment, so FK2 owners have little reason to envy those driving the newer FK8 version, introduced in 2017.

Top-rung GT-spec examples, which originally commanded a £2300 premium, are ageing particularly well, with their automatic lights and wipers, dual-zone climate control, parking sensors, sat-nav and Honda Connect infotainment system. This spec also brings extra red styling elements, ambient lighting and an uprated sound system. It was so popular when new that the lesser standard version is harder to find today.

All cars, happily, get the mischievous +R button, which firms up the ride, quickens the steering and throttle response and turns the instruments red for a bit of added sporting appeal.

Five exterior colours were available. Of the three most common, Crystal Black Pearl promotes a more understated look, whereas Brilliant Sporty Blue or the fan-favourite Milano Red make this hot hatch just a tad more unmissable in the car park (as if you would walk past anyway). 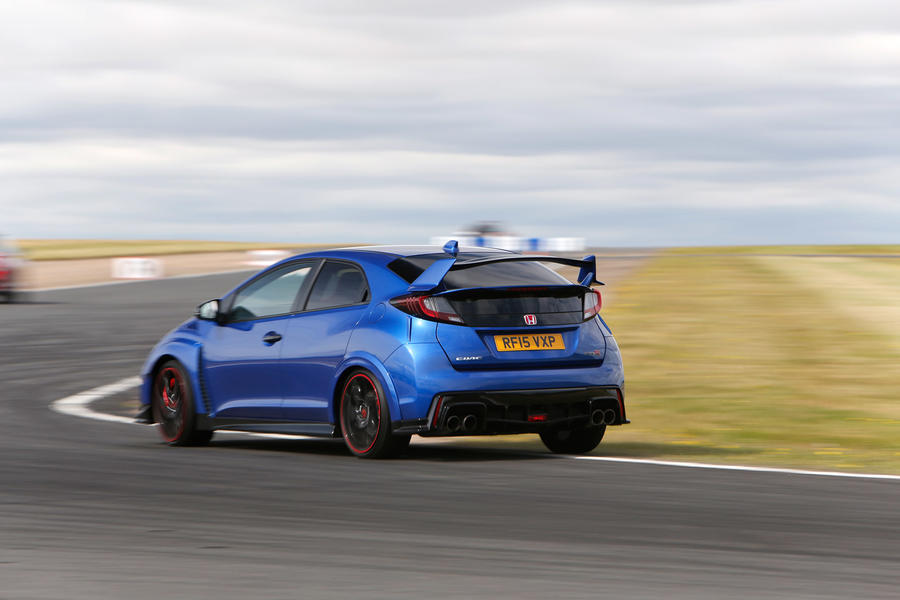 The regular Civic is a famously reliable car and it’s a pleasingly similar story with the Type R. Key things to keep an eye out for include alloy wheel damage and worn brake pads from enthusiastic track-day performances. Fuel pump starvation issues have also been reported by some owners. Many examples have a full service history, reassuringly, and the specialist nature of the car means they rarely fall into the wrong hands.

This Type R was replaced four years ago by the even wackier-looking – but still formidable – current car, but for subtler looks and a considerably lower price, the 2015- 2017 Honda edges its descendant as the better used buy, for now. Road tax is a chunky £250 per year, but five-door practicality, a 477-litre boot and, above all, the way it drives all serve to soften the blow. 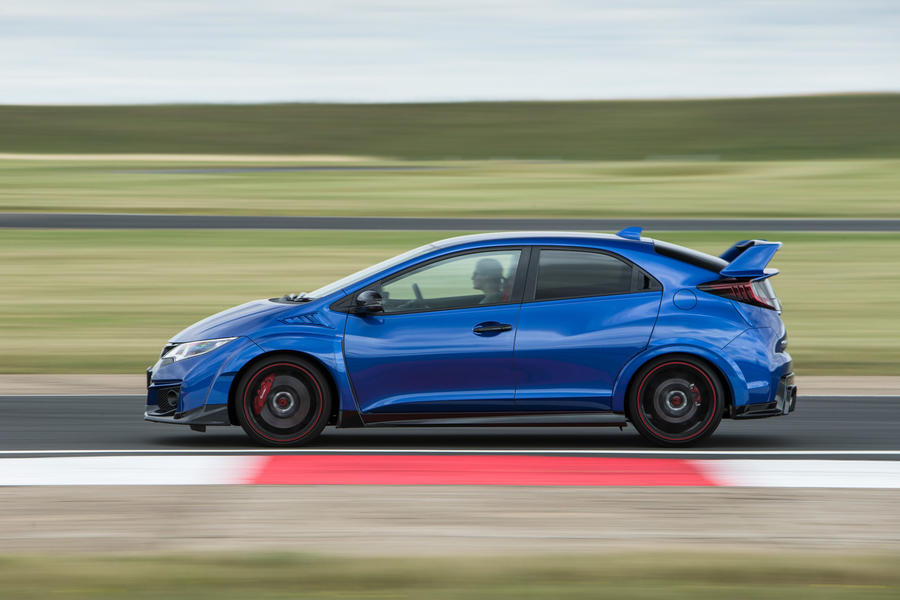 Phil Crafford, Dream Automotive: “Our business was born off the back of the FK2. You can race them around and be quite aggressive with them, yet they’re quite composed when you want to lay off. It’s a family car that can do all the work. If you take it to a track day, you can put in a fast time and it can bring you home and take the kids down the shops. It’s a perfect all-rounder. We have customers that have supercars and they run one of these as a daily car.”

■ Wheels: Inspect all alloys to make sure they haven’t been scuffed or damaged, because their low-profile tyres make them common prey to the UK’s vicious kerbs. The Type R’s alloys cost around £250 each, and you don’t want to skimp on rubber, either.

■ Brakes: Ask the owner if they have been out on track in their Civic. Even if they say no, check for evidence of consistent hard driving. Check the brake pads have a good amount of meat left (and they’re a big-brand name) and run your thumbnail over the brake discs to feel for ridges. Genuine FK2 Type R brake components are expensive, so check for any warning lights and carry out a couple of hard stops to feel for shuddering or pulling. 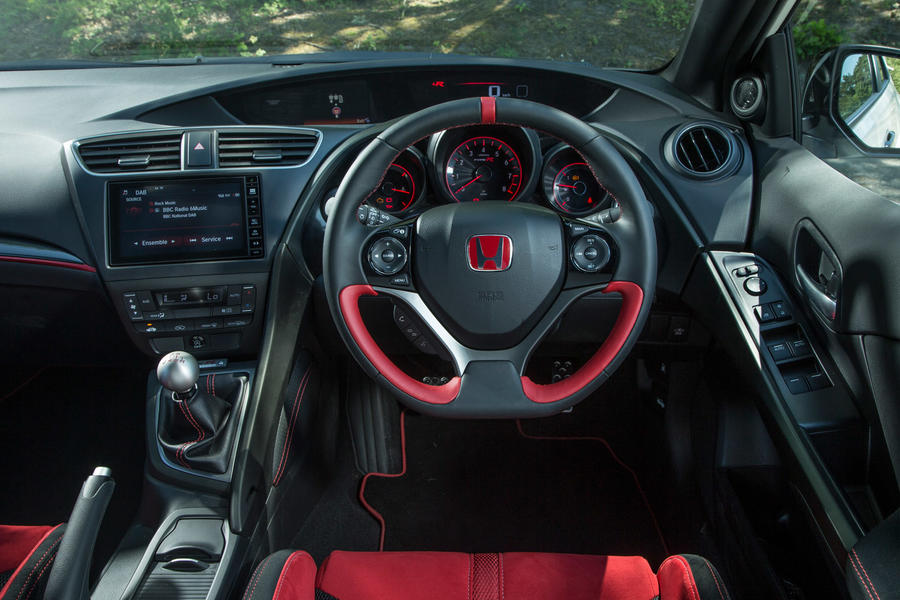 ■ Engine: Some older models are starting to suffer head gasket problems, an issue that Honda is aware of and that led to improvements being made to the FK8. Some specialists offer head gasket repairs and servicing in anticipation of failure, so if you buy a used Type R, consider a precautionary check before you hit the road. Otherwise, the Type R’s engine is generally trouble-free if given timely maintenance, so keep an eye on the car’s in-built service maintenance indicator. There’s no cambelt to worry about: it’s chain driven.

■ Bodywork: As with most hot hatches, check for chipped paintwork and look at the low bumpers, skirts and the rear spoiler for scuffs because serious damage will mean the whole panel has to be replaced. Keep a close eye out for accident repairs. An HPI check is sensible as well.

Honda Civic i-Vtec Type R GT 5dr, 2016, 43,000 miles, £19,750: This two-owner Type R comes with a full MOT and a full Honda service history and it’s unmodified, so you can be sure it’s still in one piece. Bodywork appears to be clean on first inspection, and it even comes with two keys.

I prefer the FN Type R. A 8200RPM non turbo engine is something you just dont get nowadays. Sure it isnt as fast as this FK or a 21' type R, but then a Tesla SUV would out accelerate either of these cars anyway.

I had un Honda civic 2dr type 2 for 5 years. I fitted it with bLacK MOMO wheeLs. Much more affordabLe 1.4 engine. (Honda Jazz), I thinK.