BACK TO ALL NEWS
Currently reading: Used car buying guide: Fiat Coupe
UP NEXT
New 2023 Audi A4 Avant undergoes tests in the Alps

Nearly 30 years on from its launch, some of us still aren’t over the emotional impact the Fiat Coupé had on us at the time. If you were afflicted – and many of us were – it can still move you now, maybe even towards your cheque book. The good news is that, for such an audacious and individual and potentially collectible car, prices are still comparatively low.

It looks like no other, for starters, and love it or loathe it you can’t ignore it. For years, Fiat’s best cars echoed Italy’s unquestionable and deeply ingrained loves of life and art, and this eye-catching beauty/beast seemed to take its influence from the art world to elevate itself into the rarefied category of mobile sculpture, a realm normally inhabited by cars that demand far heavier compromises and need much deeper pockets to buy and run.

However, this deeply Italian car was actually designed by an American, Chris Bangle, during his time at Centro Stile. The Coupé’s stance is at once awkward and gawkish but also deliciously intriguing, while its aspect could only be la dolce vita. Its surfaces are highlighted by arbitrary slashes, which Fiat initially claimed to be influenced by the work of artist Lucio Fontana, a statement later denied by Bangle, who said he’d never heard of him. Either way, there is a hint in its overall proportions and in its truncated Kamm tail of the best and the quirkiest of Zagato designs, and anyone who knows those will know they too are either loved or loathed.

The car enjoyed many delightful little touches designed to please the enthusiast and the style-conscious, such as those curvaceous headlights, the circular tail-lights, the clamshell bonnet, the hidden door handles and the wonderfully evocative fuel filler cap. Inside, the Pininfarina-designed cabin was equally striking, with painted metal for the fascia and door panels. There was even room for the kids in the back.

In some ways, it was a shame that what it all cloaked was rather more ordinary, for underneath was but the running gear of the contemporary Tipo. It still packed a punch, though. The Coupé was launched in 1993 and arrived in the UK in 1995, powered initially by a choice of 2.0-litre 16-valve four-cylinder engines, either naturally aspirated with 137bhp or turbocharged to make 187bhp. Power went to the front wheels through a five-speed manual gearbox, although on the Turbo it also went via a Viscodrive limited-slip diff.

Even so, with its impressive 0-62mph time of 6.3sec, it was the Turbo (called VT) everyone wanted. There were also a number of tweaked versions, starting with the VT LE (Limited Edition) sporting red Brembo front brake calipers, a bodykit, a push-button start, a strut brace and Recaro seats. There was also the Plus, looking very much like the LE but without its unique badge. Crucially, both versions had a six-speed gearbox. With the arrival of the VT6 in 1999, the six-speed gearbox became a standard feature. 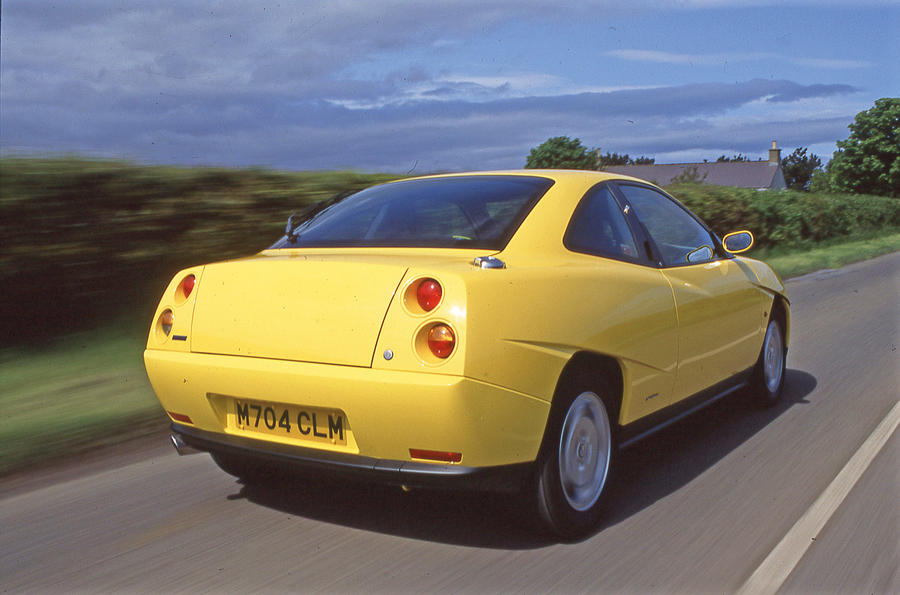 “At once, it’s wild, outrageous, hideous, stunning, ludicrous, brazen and more besides. Believe me, in the metal, the Fiat Coupé is even more eye-catching than in photographs. Controversial looks or not, Fiat will have no trouble selling the 20,000 cars Pininfarina can build a year, simply because this is such a great car to drive. The Coupé is on a different plane to other offerings from Fiat, Alfa Romeo and Lancia in terms of refinement, stability, ride comfort and sheer drivability.”

An expert’s view - Dave Gibbons, UK Fiat Coupe club: “I bought my first Coupé 20v Turbo at auction in 1997. The styling and performance were like nothing else at the time. It was my everyday car for 10 years and then I started modifying it with a larger turbo, extra cooling, uprated brakes and suspension. There are several modification options available, with over 400bhp possible, although unmodified cars are much more in demand. Given the age, rust has become the most important issue to check, and original paint might need a refresh due to fading or lacquer peel.”

ENGINE: Engine failures are rare but not unknown, due to lack of attention to the oil level, or from the outer auxiliary belt failing, which causes the cambelt to fail (a special guard is now available to help prevent this). The exhaust manifold on the 20v Turbo can crack but can be welded up. A long coolant hose around the rear of the turbo engine – the ‘coolant hose of death’ – dumps all the coolant if it fails. 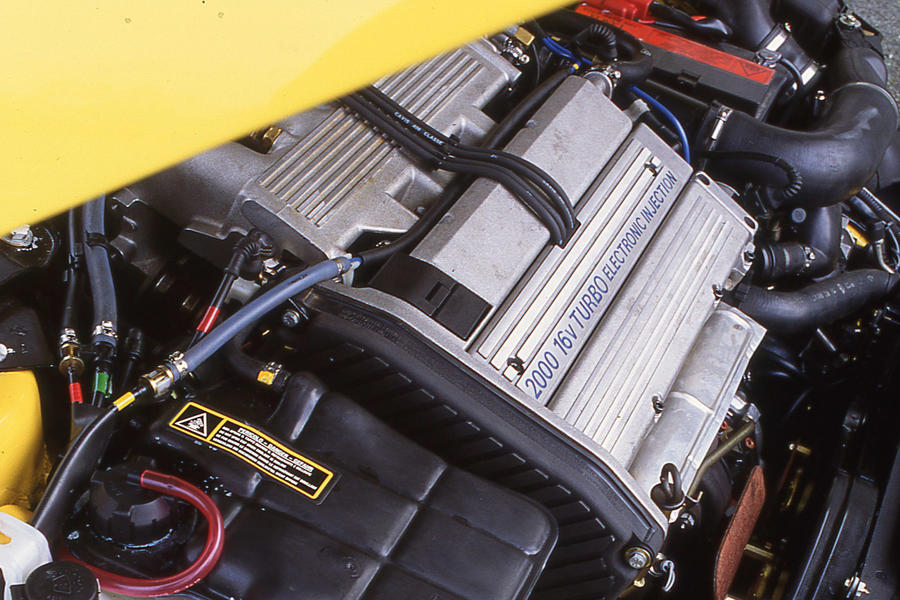 The 20v Turbo (and later Limited Edition and Plus variant) is more plentiful than the 20v non-turbo and earlier 16v and 16v Turbos.

Cambelt change interval is six years or 72,000 miles, but most owners replace every four years or 32,000 miles. The work can be done with the engine in situ for around £300 by a specialist. Parts availability is generally good, but rear ABS sensors and 16v thermostats are hard to obtain these days.

BODYWORK: Check the following for rust: the lower wheel arches next to the sills, the front and rear ‘Eiffel Tower’ sections that support the undertray, the inner wheel arches behind the liners at the front (near the brake pipes) and rear (look under the boot carpet), behind the Pininfarina badges on the rear wings (water enters past the badge’s pins), the front slam panel (ahead of the radiator), the side edges of the bonnet and around the sunroof frame.

Also worth knowing: Those iconic headlights are a case of style over substance: even when new, owners complained of poor visibility at night. Add a couple of decades of the plastic casing deteriorating and you won’t be dazzling traffic. However, they can be refurbished at minimal cost and many owners modify the headlights with HID conversions, although this now contravenes new MOT laws.

The door mirrors may look stylish but are a little small, and the self-cancelling indicators usually don’t self cancel any more. The originally supplied Clarion head units were nothing special and quite fiddly to operate, and they have usually been replaced. The centre console around the heater controls, radio and handbrake can suffer from the same sticky finish that afflicts Ferraris of the same era, and one or other of the banks of three switches on the centre console can fall inside the console due to broken supports. 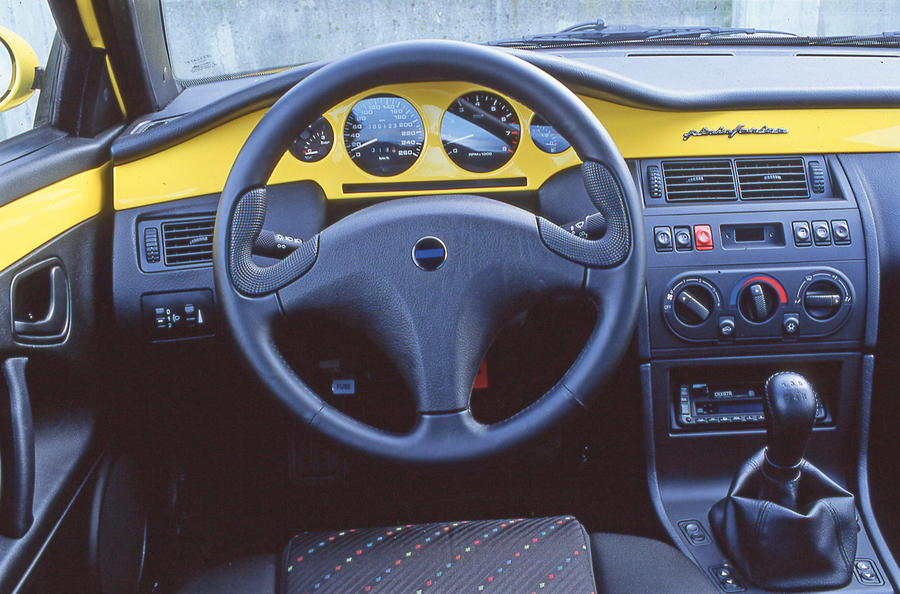 £2000-£5999: A mix of very worn-out early models and Cat D cars, often modified or crashed or both and best avoided. Some genuinely good buys, though, well kept and with full service histories but large mileages.

£6000-£9999: Sweeter cars with more modest mileages, although still likely to be in excess of 100,000 miles. Make sure it has a full or nearly full service history and has been properly refurbished and unmodded, if possible. 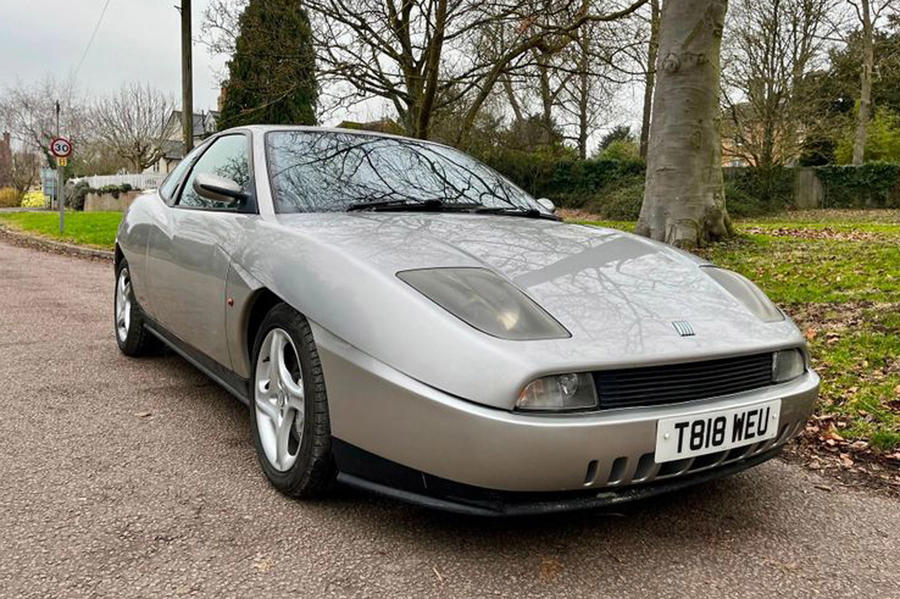 Why reading about used Fiat the word rust is always in bold letters even if it is not. It seems that Fiat slogan is: Forza Italia Always Trust there is rust.

Stellantis, do something, prego!!