BACK TO ALL NEWS
Currently reading: Used buying guide: Volkswagen Lupo GTI
UP NEXT
2021 Mercedes-AMG S63 due imminently with snarling V8 hybrid

Highly capable, desirable and rare, the hot version of VW’s millennium city car looks a nailed-on future classic. We urge you to get one while you still can
Share
Open gallery
Close

Long before the Up, Volkswagen had a city car called, equally bizarrely, the Lupo. Launched in 1998, it was a well-built, practical and inoffensive thing that sat below the larger and more expensive Polo.

Small it may have been, but the Lupo had big ambitions. For example, the 3L version could, thanks to special lightweight body panels, a three-cylinder 1.2-litre diesel engine and an automated manual gearbox, do up to 94mpg. In fact, one was driven around Britain in 2001 and achieved almost 120mpg.

Coincidentally, that same year, the little Lupo once again demonstrated its appetite for world domination with the addition of a GTI version.

This pocket rocket was powered by a 1.6-litre 16-valve engine producing 123bhp. That output may not look so impressive today, but the Lupo made every horse count by going on a weight-reduction programme. Off came the steel bonnet, front wings and doors to be replaced by lightweight aluminium items, cutting the kerb weight to 978kg.

Yet it was no spartan model: all the GTI appurtenances were there, including bi-xenon headlights, 15in Bathurst alloy wheels, a twin-exit central exhaust, colour-coded fittings, chrome-ringed dials and figure-hugging sports seats. It was also fitted with uprated suspension, lowered by 20mm and disc brakes all round.

Build quality was impressive. Viewed today, the shutlines are millimetre-perfect and everything remains tough and well anchored. 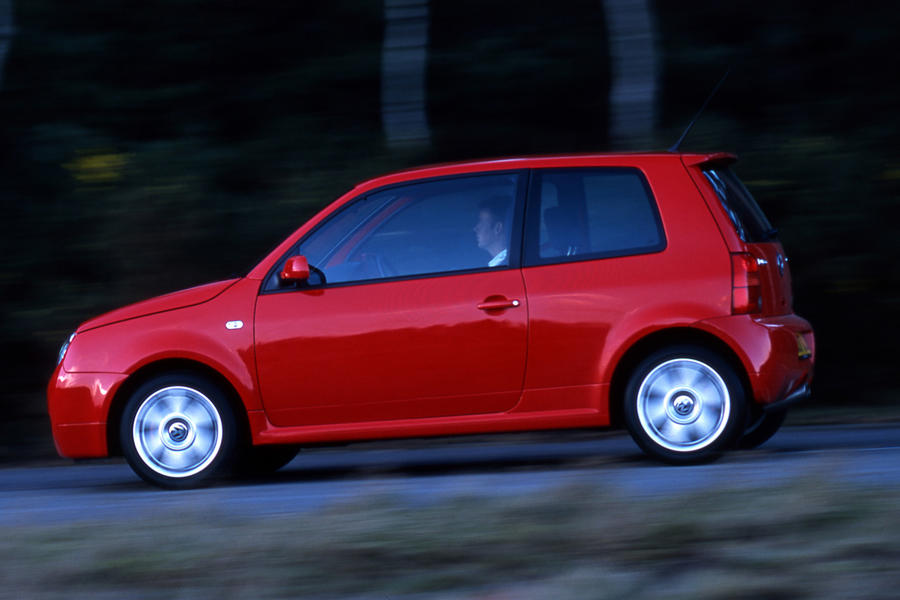 That said, 20 years have passed since the first Lupo GTIs rolled off the production line, so you can expect the running gear to feel a little tired. One thing that most owners can agree on is the tendency for the rear spoiler to suffer water ingress and its paint to bubble; another is the door check straps to be noisy and not so secure. Not much, is it?

The first cars had a five-speed manual gearbox, but a year later, in 2002, a sixth gear was added. This improved cruising refinement, but enthusiasts reckon fivers are quicker. On that point, the little Lupo GTI could do 0-62mph in just 7.7sec. That was quick, but the car felt quicker still in corners, as thanks to its agility, steering feel and grip, there was little need to back off. So encouraged, many have modified their cars, but an original one is what you want.

One thing: if you’re thinking of driving your Lupo GTI into London’s ULEZ (and why wouldn’t you, since it’s terrific fun around town), only from 2003 did the engine become Euro 4-compliant.

Cheap to insure (group 11) and to run (expect around 40mpg), the Lupo GTI appeared to have it all but for the fact that it was, at £13,000 before options, as expensive as a mid-level Golf and only slightly cheaper than the talk of the town, the Mini Cooper. This explains why fewer than 1000 found homes and why today they’re so rare. Still, we all know what rarity plus ability plus desirability equals…

An owner’s view - Joshua Hopkins: “I bought my first Lupo GTI aged 18. I liked that it had a twin-cam engine that wasn’t turbocharged and that it was rare and special. After seven happy years I changed it for a Mini JCW but last year bought my second Lupo GTI. The plan is to refurbish it and pass it on to my newborn son when he’s 18. Just like the first one, it’s huge fun to drive: agile, nippy and quick through the gears. Its rugged build quality has helped it weather the passing years, too. With some decent tyres (I always found Toyos to be good on my first Lupo GTI) and coilovers fitted to it, I know I’m going to have a lot of fun.”

Engine: If it hasn’t been done recently, renew the timing belt and the water pump (intervals are 40,000 miles; routine service every 10,000). Check the rear bumper for oil spots from the exhaust, indicating problems up front. Misfires may be caused by failing coil packs. 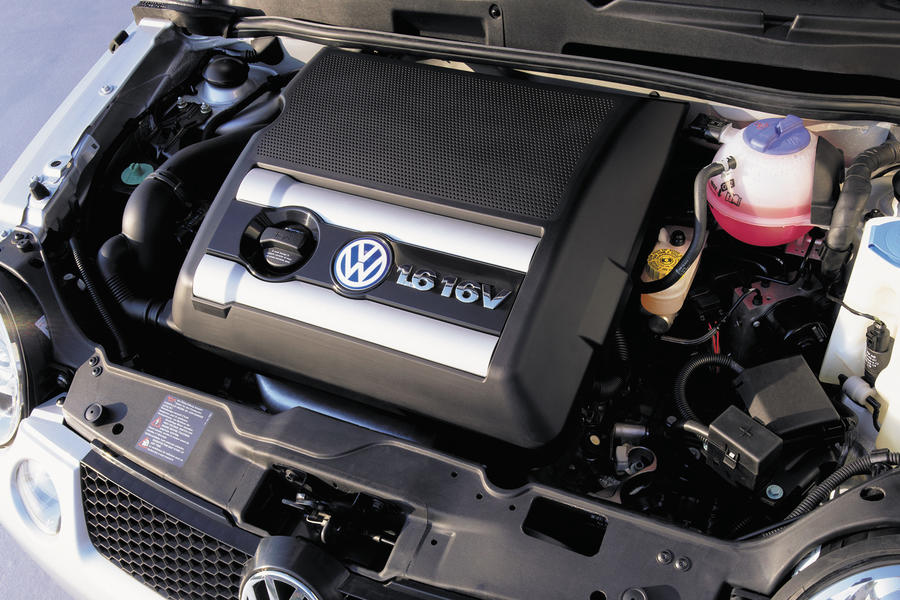 Gearbox: The clutch appears to be a weak point, so check for slipping. The gearbox is tough, but check second and third gears for synchro issues caused by rushed changes. A sloppy lever should be a linkage problem that’s easy to fix.

Suspension and brakes: Examine the dampers for leaks and springs for excessive rust. Knocks or bangs suggest worn rubbers and joints. It’s discs all round, so check for heavy lipping and the pads’ thickness. Neither are too expensive to replace.

Body: Check the condition of the door straps, which can become tired and creaky. Look for signs of corrosion on the aluminium wings and the roof gutters (this last was a warranty issue, long since expired). Examine the rear spoiler, because water ingress can cause the paint to bubble and the high-level brake light to fail. Refurbishment is expensive and replacement spoilers are hard to find. Check the weld seams running the length of the underside for damage caused by careless wheel-jacking.

Interior: Ensure the seats can be adjusted and the electric windows work (they can be a problem). If fitted, check that the air-con blows cold and the sunroof seals make a watertight fit (on that point, also feel for dampness in the carpets). 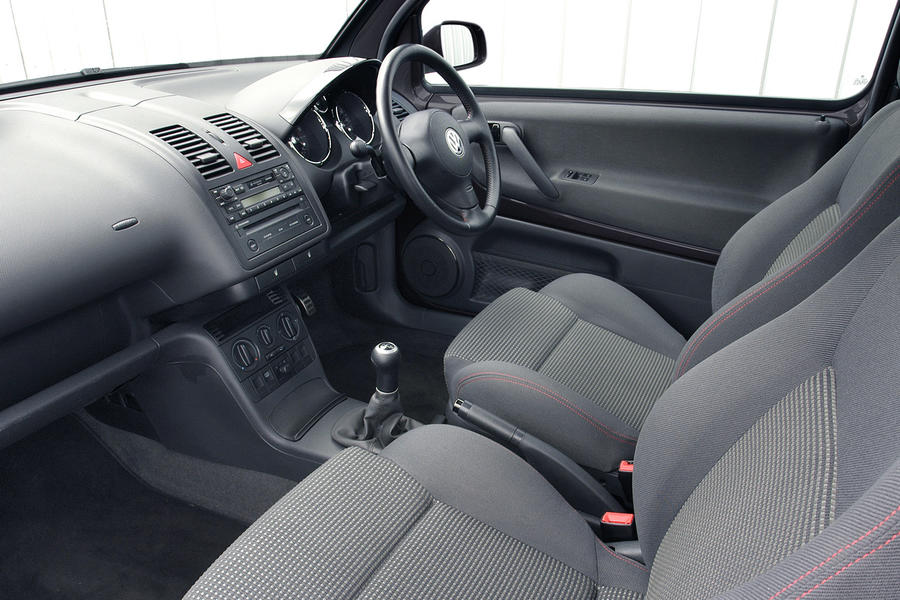 Also worth knowing: Much of the appeal of the Lupo GTI lies in its unique construction, not least its aluminium wings, bonnet and doors. The wings are wider to accommodate the GTI’s larger wheels. We wouldn’t put it past some unscrupulous owners to fit the standard and heavier steel panels if they can get away with it, so take a magnet to any car inspection. 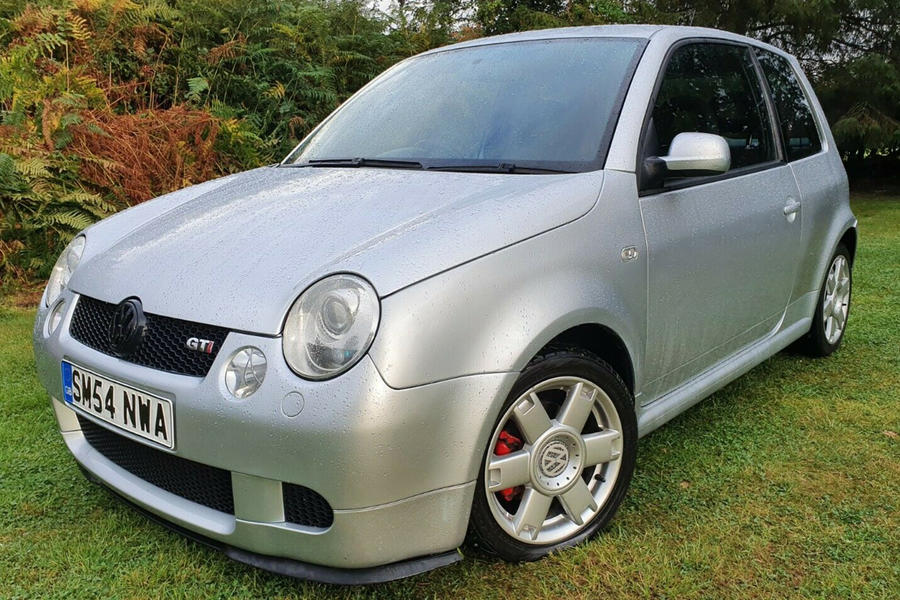 This well-maintained six-speeder has 14 stamps in its book. Its last service was in February at 110,000 miles, when its timing belt and water pump were changed. It has Bilstein mods with poly bushes at the front so should feel tight.