BACK TO ALL NEWS
Currently reading: Used buying guide: Lotus Elise
UP NEXT
Spending 48 hours touring in a Ferrari Roma

The 723kg Elise set new ride and handling standards. We seek one out
Open gallery
Close

Time and chance happen to all, it seems – even to Lotus.

Consider the fact that the Norfolk firm’s all-new, all-electric SUV will weigh upwards of 2.2 tonnes, or three times the weight of the original Lotus Elise, and you may begin to wonder what happened to the marque’s ‘simplify, then add lightness’ philosophy.

In fairness, batteries weigh heavy, as do SUVs generally, and a firm has to do what a firm has to do, but it does throw into sharp focus just how marvellously lithe that dainty little Lotus Elise was when it first hit the streets. The world was charmed by it, and no wonder: it was a lovely, lightweight, mid-engined roadster that offered immeasurable driving pleasure and fun by the bucketload. It also cost, in 1996, a measly £18,950 new, which made it the most affordable Lotus since the Seven.

Stripped of luxuries, it weighed just 723kg. It sat on a clever extruded and bonded aluminium chassis, which was both rigid and light, and it was cloaked in a glassfibre bodyshell shaped by Julian Thomson, then head of design at Lotus. If the Elise wasn’t exactly pretty, its stance was at least purposeful and its weeny dimensions a-hollerin’ delight. It was small enough to park in the cracks between the pavements or pick up and carry around with you. 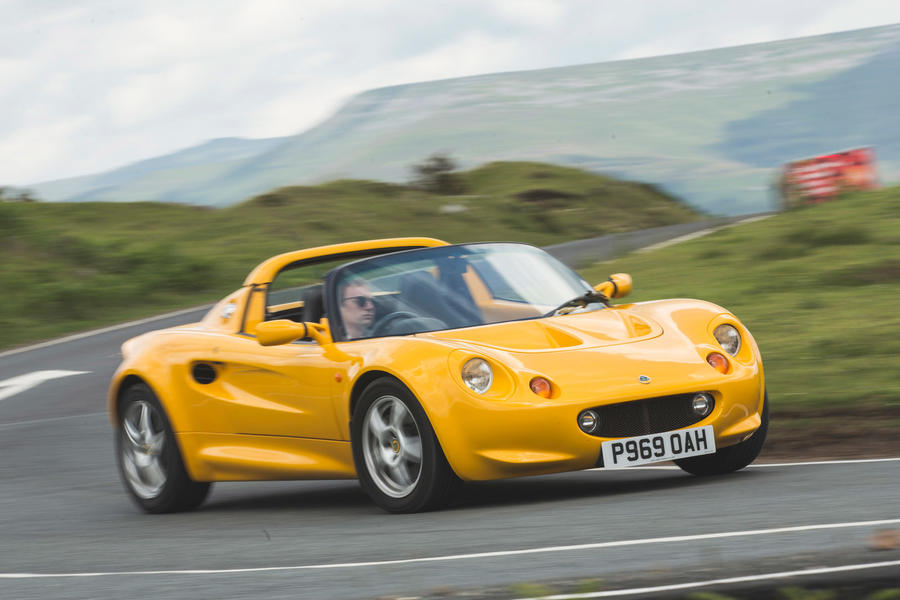 Because of that modest weight, its 118bhp 1.8-litre 16-valve Rover K-series engine was more than punchy enough, and the Elise could sprint from rest to 60mph in a highly respectable 5.5sec. More powerful versions weren’t long in coming, either: the 143bhp 111 S appeared in 1999, followed closely by a rash of limited-edition models, the Sport 135, the Sport 160 and the Sport 190.

Whichever version you chose, though, the hardcore Elise was a hoot. The interior was simplistic, the driving position spot on, the pedals and instruments simple and functional and the whole distinctly and deliberately lacking in creature comforts. It was terrific to drive: communicative, grippy and well balanced. Few cars were as agile in the corners, and it was all so much fun and so responsive that some even looked askance at the S2 version that replaced it in 2001. This later car had a range of more powerful engines and was faster and safer, but it was also heavier, and some thought a little of the original magic had been lost.

So it’s an icon, or something approaching it. When production of the Elise came to an end in 2021, 35,000 cars had been sold. The S1, a car with some of the best residual values in the business, has been on the verge of soaring in price for years, so if you’re thinking of dropping down into its compact cabin and cutting loose yourself, you’ll need to do it soon.

There are some superb low-mileage cars out there now and also some very good high-mileage ones, and the good news is there’s plenty of expert advice on hand to help you buy one. Try to buy a car that has been well cared for and be cautious about non-factory modifications unless they can easily be reversed. Many have had hard lives but can look better than they are, so check for accident damage. Rare models are the most collectable among enthusiasts, but standard cars are often the most fun to own.

17 July 1996: “The Elise never feels pulverising in a straight line, merely quick. But it changes the way that we will look at and judge the ride and handling of sports cars forever. Go beyond the restrictions of urban roads, whose ruts and ripples it rides with considerably more serenity than an MGF, and it reveals a degree of handling beyond anything that we’ve experienced at this level. It encapsulates a blend of handling, performance, ride and refinement that is unique at its price.” 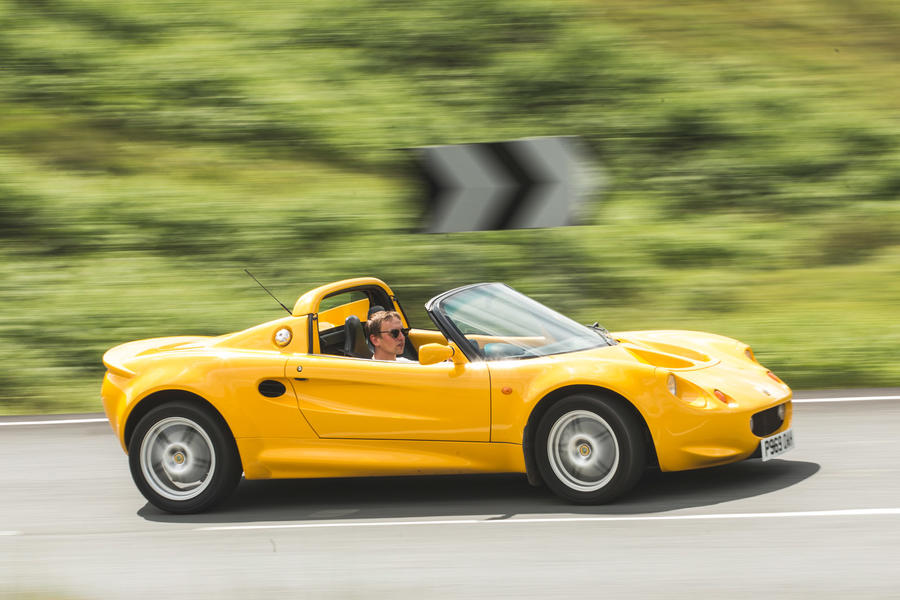 Phil Benfield, Allon White Sports Cars: “An Elise is one of the ultimate driver’s cars, but good ones are becoming harder to track down. Find the right one and you’ll have a superb sports car with handling and performance that’s hard to beat, combined with pretty reasonable running costs. The basic 118bhp S1 is my personal favourite. Like any used car, there are areas to be aware of when trying to find the ‘right’ car. A good service history is key. Paintwork can be expensive to repair so bear this in mind while looking.” 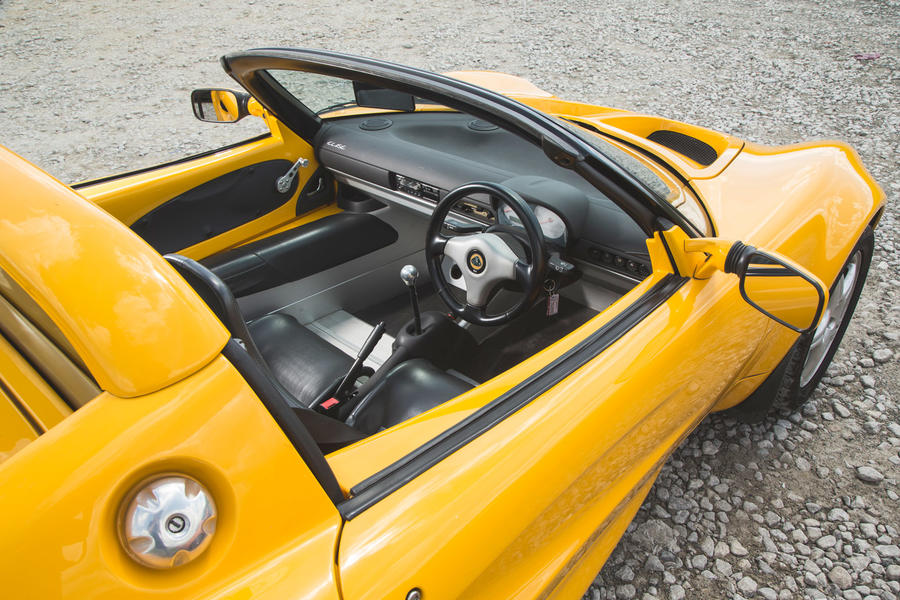 Engine: Many cars will have been modded and many more will have had remedial work carried out. Head gaskets are a known issue, but most should have been repaired by now, newer gaskets helping to cure the issue. If a previous owner has replaced the head gasket, satisfy yourself it has been done properly by a specialist. The cambelt should be replaced every three years or 36,000 miles.

Transmission: The five-speed manual ’box is generally robust. Cable linkages can stretch and result in a sloppy shift, but they are inexpensive and not too difficult to replace. It’s good practice to change the gearbox oil every second service, or annually if you use the car on a track.

Suspension: The chassis is aluminium but it can corrode – particularly around the upper wishbone mounts. The suspension wears well. New bushes will transform the handling but take over a day to fit. It doesn’t lend itself to repairs, so accident damage to the chassis is invariably problematic.

Brakes: The standard brakes are slightly lacking, although braided hoses will improve their performance. The brakes aren’t servo assisted, so the pedal should be firm to push. Upgraded high-performance brake fluids will also help. Fluids should be replaced every second year as a minimum and more if used on track.

Wheels, tyres and bodywork: Original five-spoke wheels can buckle. Tyre wear should be even, any unusual wear pointing to track use or poor alignment. Bodywork suffers from spider cracks when there has been an impact. The front clamshell is prone to stone-chipping, so respraying to remove stone chips is fine. If you suspect a respray is due to accident damage, you’ll need to convince yourself that the repairs have been done properly.

Interior: The Elise cabin is a no-frills experience. Seats were cloth-trimmed as standard, but few left Lotus without optional leather. Many owners put carpet under the seats to prevent unwanted rattles. Check inside for areas where water might have got in through the hood. 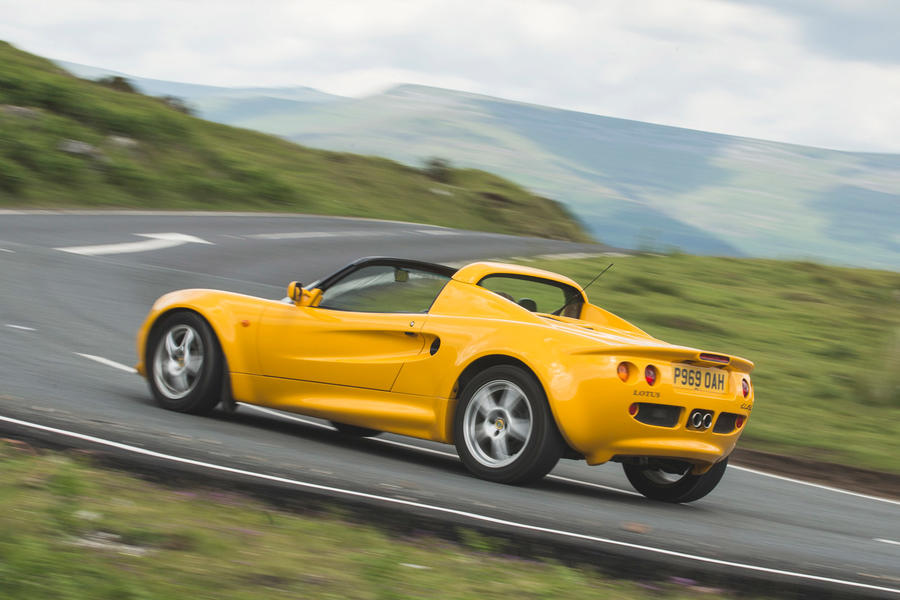 It’s worth it even more than usual to get the right car with a complete history of fastidious owners. It may cost more at the outset but, in the long run, these are likely to be the best-value Elises to own and the most fun to drive.

A test drive will tell you a lot. If the suspension feels sloppy, the dampers or bushes are worn. The brake pedal should be firm and the gearshift accurate if it’s correctly adjusted. If the steering knocks, it points to wear in the rack or CV joints. It will also mean poor response on the road.

£15,000-£19,999: A mix of the early, higher-mileage Elises at the bottom end and some really nice examples at the top end. If you’re buying cheap, check it out thoroughly and be prepared to spend some money on refurbishment.

£20,000 and above: Sweeter Elises of all ages with refurb work already done and being sold by specialist dealers. Some potentially lovely cars here. 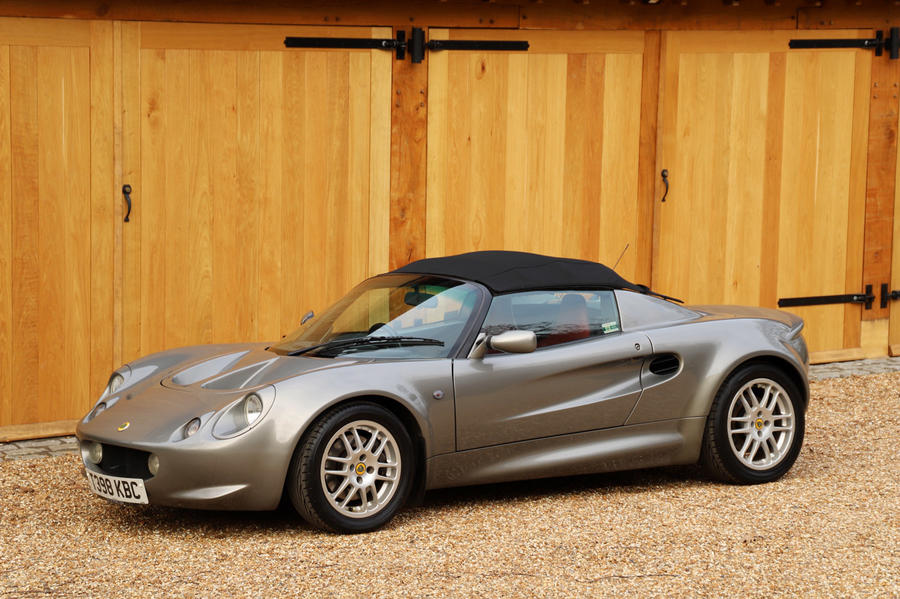 Over the last 5 or so years the prices of these have shot up, the Elan looks to be starting to go that way as well. Weighs the same as a Honda Beat, always wished they'd worked out how to get similar power from that engine and used it instead of the K series, certainly as a "regular" speed variant, with faster ones perhaps using the K.