The Aston Martin DBS rolled seven times in Casino Royale – a world record at the time and a shocking moment in the film. The stunning coupé is seen to be battered and ruined, much like James Bond’s crown jewels in the following scene.

What makes it so captivating? The DBS, that is. Well, apart from its elegant yet commanding design, one of its most alluring aspects is audible rather than visual. The 5.9-litre V12 under its bonnet creates a distinctive, charismatic, unforgettable roar. No matter the application, whether it be the Aston Martin Vanquish, Aston Martin V12 Vantage or the DBS, this engine never ceases to enthral.

Sound isn’t the only commodity beneath your right foot: there’s also 510bhp. That’s enough for a 0-60mph sprint time of 4.3sec and a top speed of 191mph, while the redline is set at 6900rpm. What’s more, as the engine is naturally aspirated, it packs the most punch towards the top end.

The numbers are but half the story, mind you. The driving experience is the real star of the show, especially if you opt for a manual. The six-speed gearbox is an utter joy to operate and adds extra layers of engagement and fun – as does the well-weighted hydraulically assisted steering. 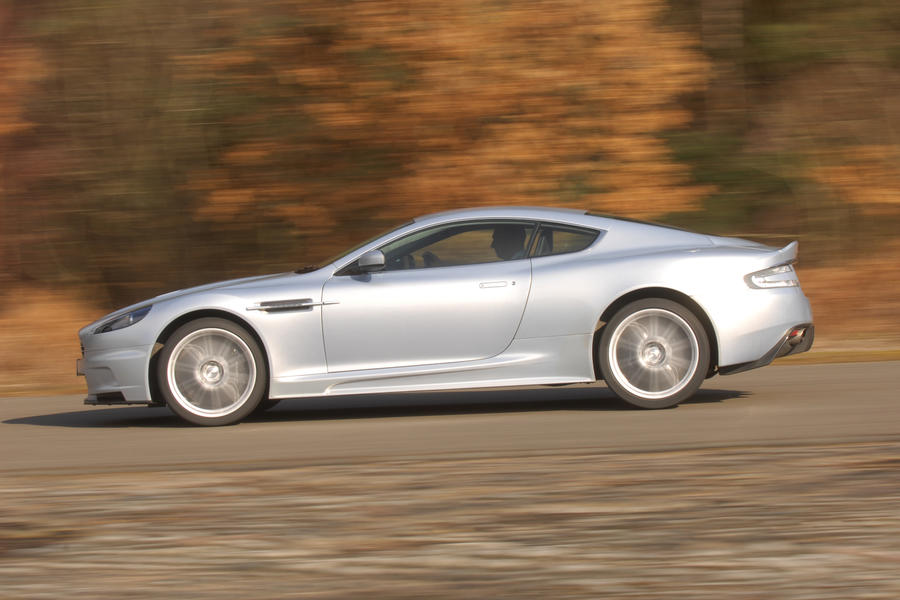 As for handling, the DBS and its convertible counterpart, dubbed the Volante, are remarkably composed for rather large, heavy, ageing cars. For instance, by the press of a button, the ride can change from rough-andtrack-ready to superbly fluent – just what you need for a B-road blast.

The DBS is precise in the bends, too, and the brilliant Brembo brakes are untaxed even by a car of such performance potential.

It can be quite unhinged in terms of traction, whether you consider that a thrilling positive or a scary negative. On damp roads, it will spin its rear tyres even in third gear. And if it’s truly wet, the traction control light can become a constant companion.

Although more aggressive than the Aston Martin DB9 on which it’s based, the DBS remains an incredibly competent grand tourer as well. Road roar becomes oppressive only on very coarse surfaces, wind noise is well suppressed and, on a calm cruise, the big V12 can be made near-silent. Although why you would ever want to mute such a noise, we don’t know. 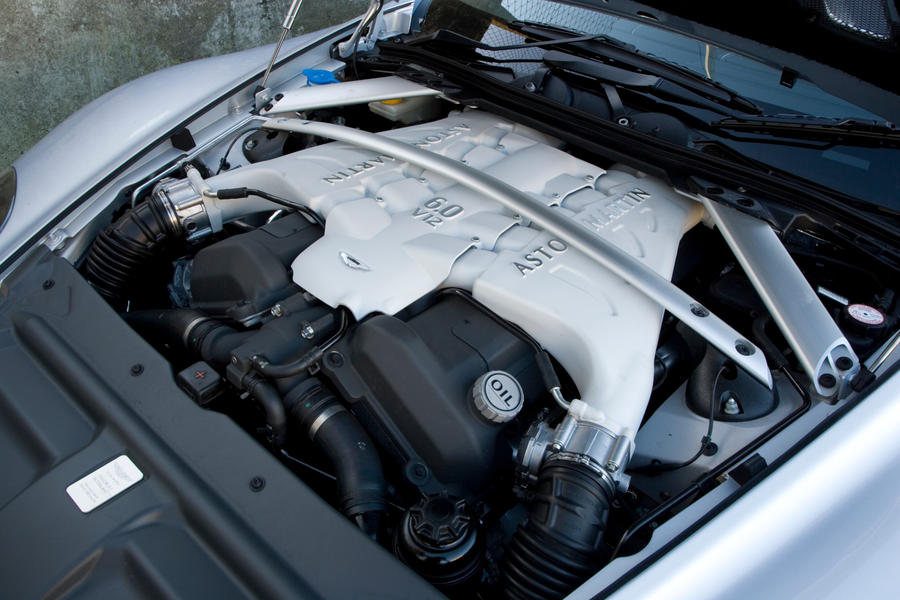 How much will all this cost you? The answer is less than you might think. As of writing, used DBS prices begin at £65,000, meaning it undercuts what you would pay for a new top-of-the-range BMW 5 Series. For the money, that’s a whole lot of badge appeal, beautiful styling and old-school driving enjoyment.

There remain a fair few respectable examples to choose from, and none of them have been rolled seven times, remarkably.

So if the DBS is an itch that you would like tending to (not in the way of Le Chiffre and his rope), go out and buy one. It’s one of the most exquisite Aston Martins of the modern era.

13 February 2008: “The DBS is, if you like, the optimal DB9, a touring car that has been honed to have a sharper edge but whose natural environment remains the open road. With time and miles it soon becomes clear that it is, in fact, Aston’s greatest GT to date.” 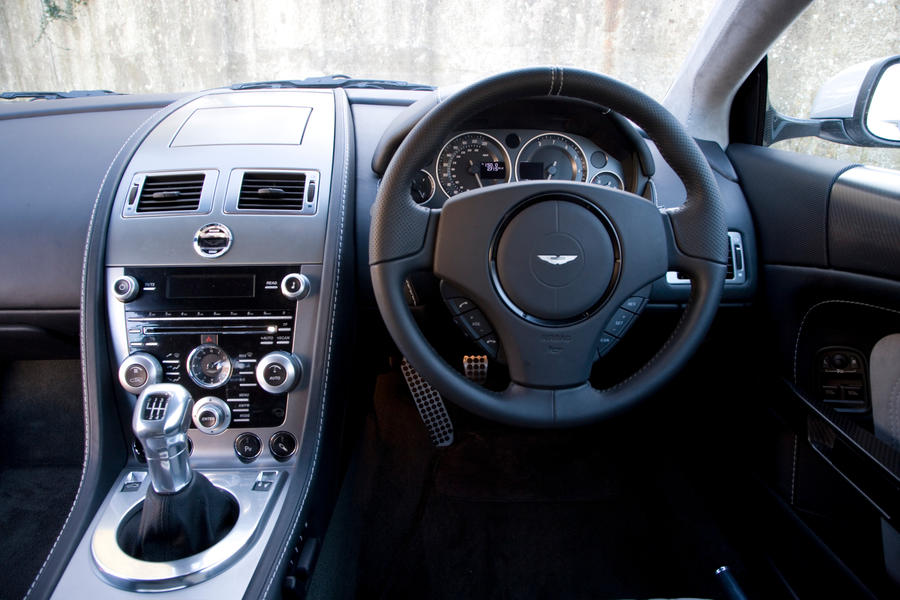 Adam Powderham, Chiltern Aston: “The DBS remains one of the most recognisable cars in the Aston Martin line-up and is still regarded as a timeless design. There’s no need to touch on the aesthetics, because it’s rare to find anybody who doesn’t appreciate the defined haunches of the car, the additional nostrils and the carbonfibre jewellery.

“We’re now seeing more and more DBS coupés and Volantes that are being driven, not garaged. They are fast approaching classic status now, and as a result of those years, don’t expect the regular servicing not to incur the odd larger bill to take care of those perishable consumables.

“In the past three months, we have had 12 DBS coupés and Volantes pass through our workshop in varying states of condition, and each time, the list of works required is unpredictable and totally dependent on the car’s history.

“Our workshop technicians all agree that the DBS is a fantastic car and one of the most stunning VH-platform cars produced."

Engine: Listen for the inlet manifold ‘breathing’ on early cars. The engine note appears to rise and fall but the revs are unaffected. Later cars got a reinforced manifold. Rarely driven cars can develop sump-gasket leaks.

Transmission: On early manual cars, listen for the clutch squawking during low-speed manoeuvres. This is due to a fault of the pad material. On Touchtronic automatics, check that the selection buttons work positively. Early cars can mis-select, triggering a warning light. Resetting the system will fix this temporarily and Aston Martin can reflash the electronics of an affected car to cure it for good.

Brakes: Check the 12 bolts securing the brake discs to the carrier. These can shear off due to overheating, allowing the disc to ‘wobble’ slightly. It’s possible to source replacement bolts through a Brembo agent. Otherwise, you will need to pay a high price for new front discs and pads. So long as you don’t use your DBS on track days, a set should last at least 70,000 miles.

Suspension: The Bilstein shock absorbers can leak. This is caused by dirt working past the top seal. Later cars got a double seal to resolve this problem.

Body: Check for paint blistering around the door handles, caused by water getting underneath. If not treated, it will spread. On the convertible, water can cripple the motorised hood latches (very expensive), so check that they still work. Look for water behind the fuel filler flap, as this can drain into the boot or into the fuel tank. 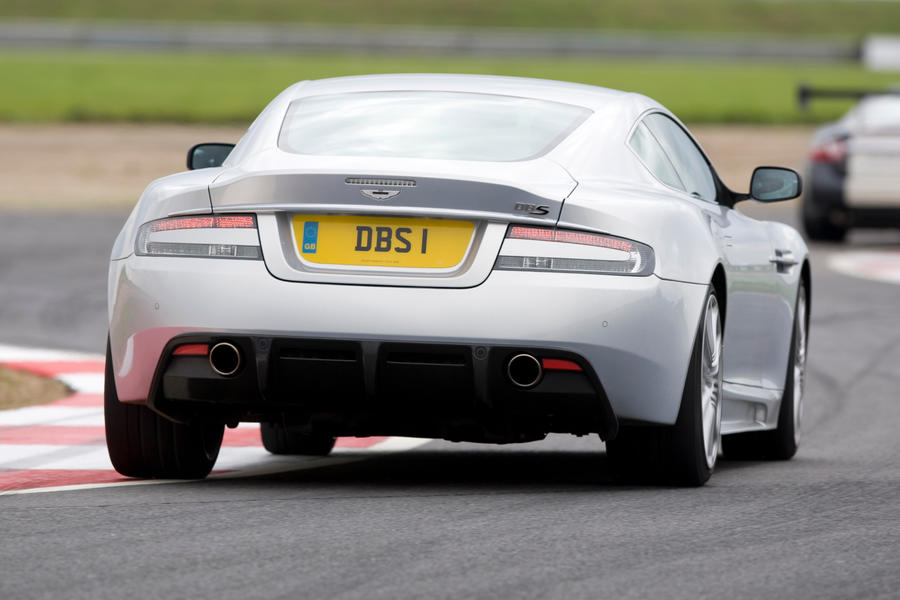 The first DBSs were coupés with a manual gearbox, two seats and a parcel shelf. A 2+2 cabin was an expensive (£11,000) and rarely selected option. The last manual was built in 2011. The six-speed Touchtronic II automatic variant arrived in 2008 and had a 2+2 cabin as standard. The Volante convertible arrived in 2009.

£100,000 and above: The best examples with tip-top conditions and the lowest mileages. Towards £150,000, you might also find an Ultimate Edition. 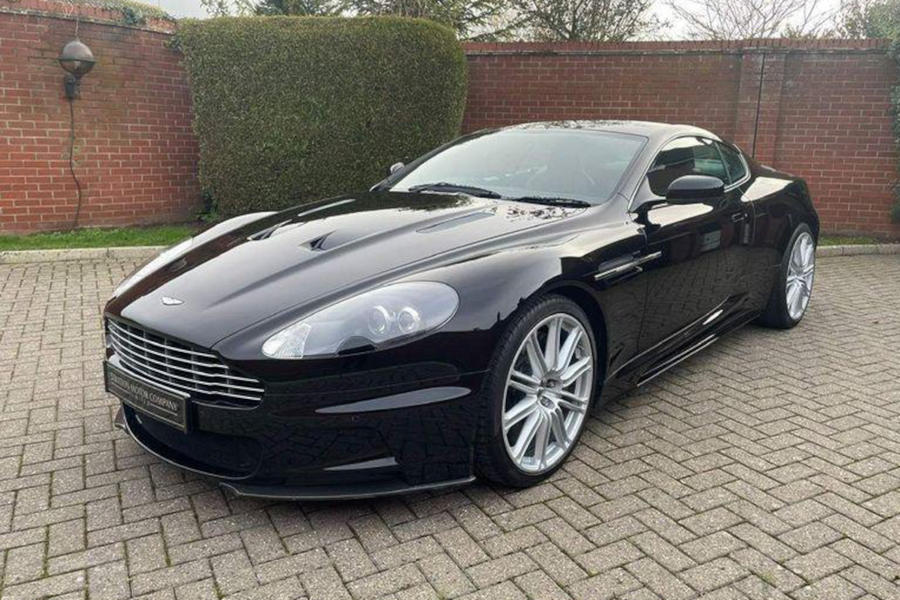 Been there, done that, it was an age thing, kept it for six months, avoided the big bills, didn't lose much when I swapped it, cars like an Aston will carry big bills, but then it's what you'd miss that matters.