BACK TO ALL NEWS
Currently reading: Take it or leave it: second hand picks for 11 March
UP NEXT
New 2023 Audi A4 Avant undergoes tests in the Alps

Take it or leave it: second hand picks for 11 March

Few cars can fairly be described as flawless, but the 991-generation Porsche 911 R might be one of them. We gave this sports coupé a perfect five-star rating back in 2016, describing it as “normally joyous, and on occasion capable of providing an almost spiritual experience”.

The 911 R was driven by a 4.0-litre naturally aspirated flat six, taken from the Porsche 911 GT3 RS. While the R was more discreet in its styling and far more road-oriented than its track-bred counterpart, the engine still produced 493bhp at 8250rpm and 339lb ft at 6250rpm. That propelled it from 0-62mph in a rapid 3.8sec.

In place of the GT3 RS’s seven-speed dual-clutch auto, it had – joy of joys – a six-speed manual that’s reckoned to be one of the finest Porsche has made. And shorn of the track-led downforce-inducing addenda of the GT3 RS, the 911 R could run all the way to 200mph.

The 911 R also benefited from some extra lightweighting measures. The rear seats and big rear wing were removed, for instance, and two carbon-shell bucket seats also helped to contribute to an overall weight saving of around 50kg compared with the 911 GT3 RS and 60kg over the Porsche 911 GT3.

It essentially took the finest parts of Porsche’s model repertoire and combined them into one fantastic package. It had the body of a Carrera, the dynamic suspension of a GT3 and the engine of an RS. The four cherries on top, or rather at the bottom, were a set of 20in Michelin Pilot Sport Cup 2 tyres, which offered massive grip in tight turns. 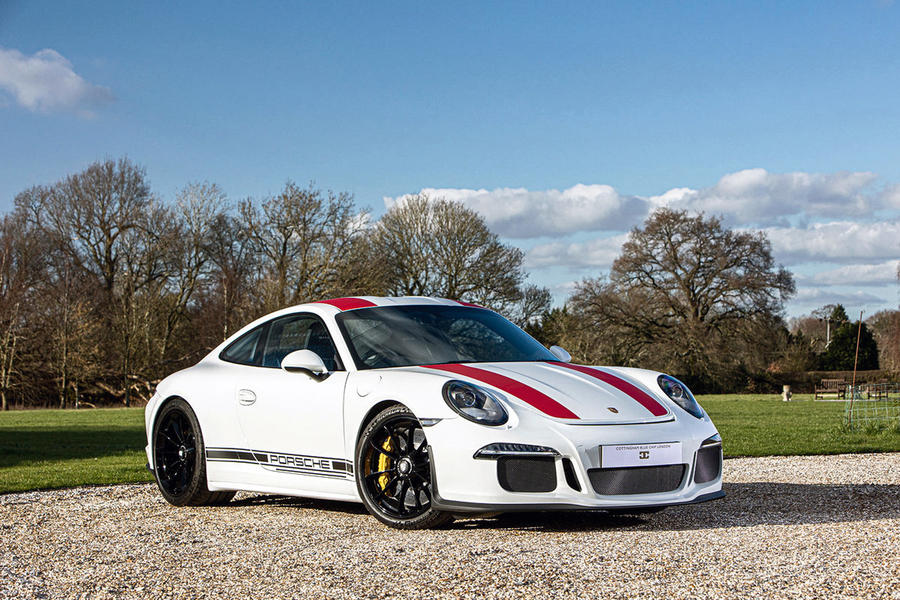 Is it worth so much money? If you have the cash to splash, the 911 R will offer one of the most exciting driving experiences of any road car. Add high levels of exclusivity, rising values and future classic status and, well, nobody here will talk you out of it. 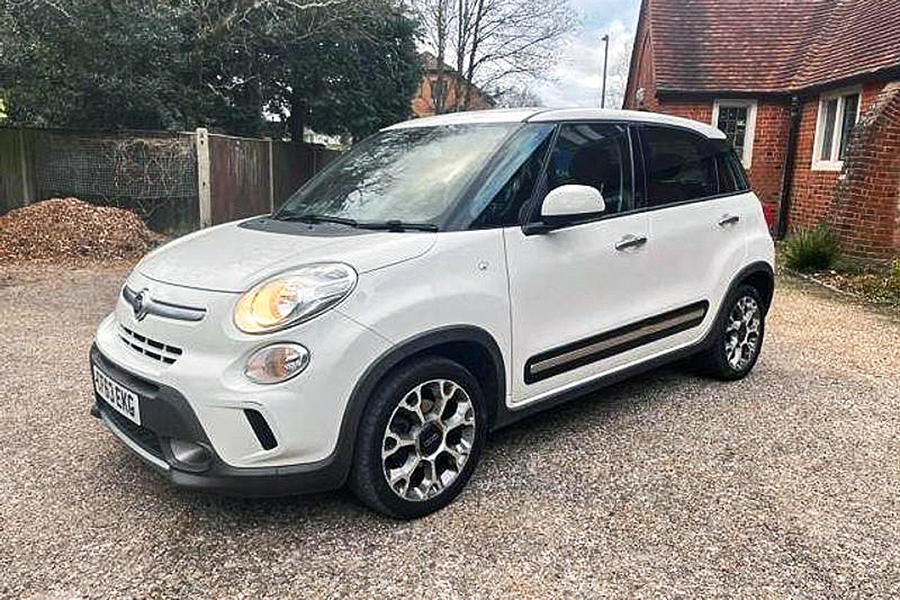 Fiat 500L, £8000: This overinflated Fiat 500 is in range-topping Trekking trim with automatic lights, cruise control and a 5.0in infotainment screen, but it’s fitted with a 94bhp 1.4-litre engine – the smallest one available – so will take a ponderous 13.2sec to get up to 62mph. It also lacks any of the charm of the proper 500. 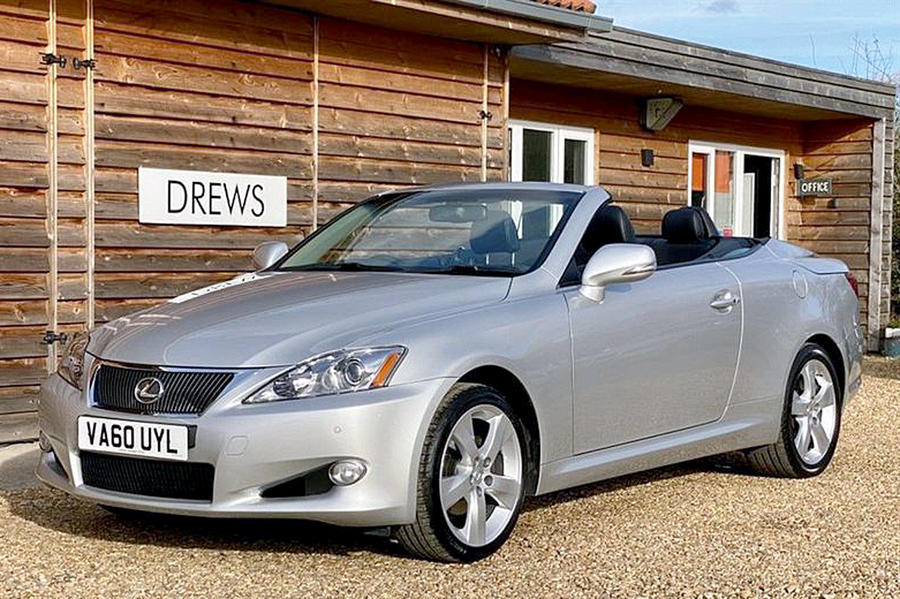 Lexus IS 250C, £9995: The IS executive saloon made a relaxing and refined convertible, but the 250C is also great fun in the corners. This example has done 66,500 miles – barely run-in for a Lexus – and is reasonably priced while full of premium equipment, including sat-nav, cruise control and a system that automatically adjusts the audio and air-con when the roof is down. 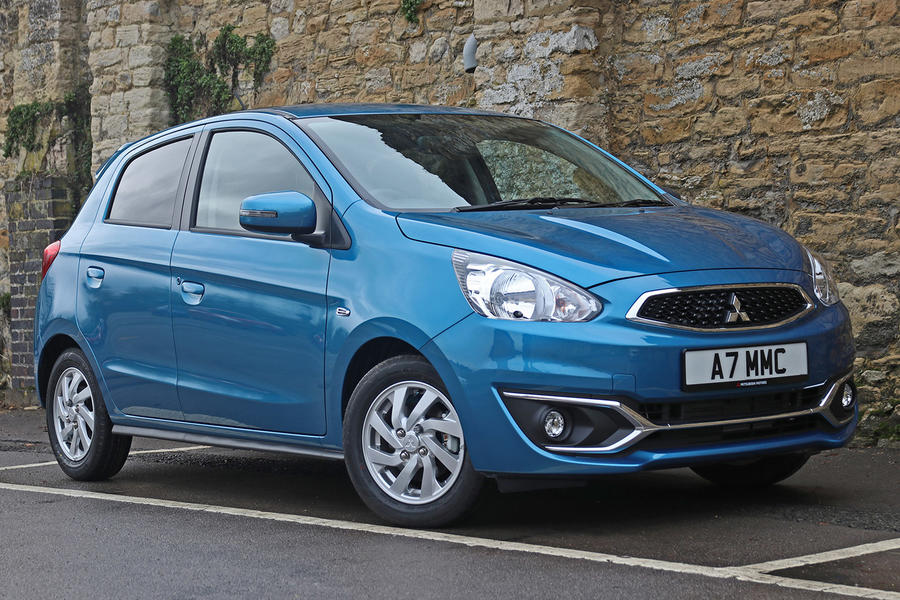 Mitsubishi Mirage, £8495: This little hatchback offers decent economy and impressive space, but those aren’t the reasons for our find’s strong price: that’s more a reflection of its modest 16,000 mileage. For £8495, you’d want the Mirage to have a bit more up its sleeve. As it is, its ride is poor, its 1.2-litre petrol engine is sluggish and its interior feels cheap.

Why bother wasting half an article on cars to ignore? "Buy them before we do" was much more valuable than this "Take it or leave it".