BACK TO ALL NEWS
Currently reading: Nearly new buying guide: Peugeot 208
UP NEXT
Entry-level SUVs on the way from Volvo and Polestar

The latest-generation 208 is a plush supermini, but it does have foibles
Open gallery
Close

Remember the first Peugeot 208? It was perky and good value, with a certain Gallic charm but rather uncouth – the original 208 was a rather divisive little thing. This second-generation version, however, is a real competitor, thanks to its much-improved road manners and a range of impressively economical engines. Indeed, if you’re not fussy about a premium badge, the high-spec 208s even hold up well against such plush small-car rivals as the Audi A1 and the Mini.

Under its pert bonnet, the 1.2-litre petrol engines start with the 74bhp Puretech 75 and work their way up to the 99bhp Puretech 100 and 127bhp Puretech 130, which comes only with an automatic gearbox. The 99bhp 1.5-litre BlueHDi 100 diesel could be a better pick if fuel economy is a serious concern, and there’s also an impressive e-208 version, a battery-powered model with a 134bhp electric motor.

Trims on offer start at Active and rise through Allure and GT to GT Line. Even entry-level Active comes with 16in alloy wheels, a 7.0in touchscreen and rear parking sensors. Allure trim adds 17in wheels and a wireless phone charging pad. GT Line has front parking sensors and a rear-view camera. From Allure trim up, the 7.0in touchscreen could be upgraded from new to a 10.0in version, which comes as standard on the GT spec for the e-208. It’s worth looking out for any 208s that have this larger display.

Click here to buy your next used 208 from Autocar

On the road, the Puretech 100 is probably all you’ll need. It’s lively, gutsy and ideal for propelling you along motorways without any fuss. However, if you’re looking for something even more effortless, the diesel 1.5 BlueHDi 100 has yet more low-rev punch. 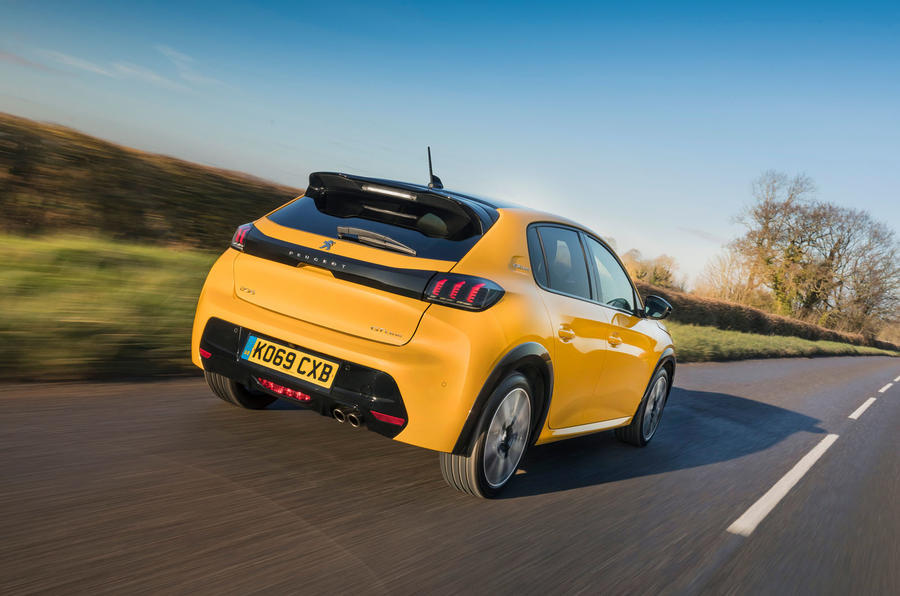 When it comes to the twisties, the 208 isn’t quite as sporty as the tiny, kart-like steering wheel would suggest, but the grip is good, and the handling is neat and predictable. The 208 has softer suspension than some of its rivals, allowing it to glide along motorways. There’s some wind noise at higher speeds, but for the most part road roar is at a minimum.

Inside, there’s Peugeot’s infamous i-Cockpit layout. The display with the speedometer and rev counter has been designed to be seen from over the steering wheel, rather than through it. For many, it could block your view of the dials, so we’d recommend test driving the 208 before committing to a driving position that might not suit you.

The materials used make the interior feel upmarket and put the Peugeot up there with more premium small cars. The absence of physical buttons for most of the secondary controls means you have to go through the infotainment screen just to adjust things like the air conditioning temperature, though,and this can be distracting.

There’s plenty of room up front. Alas, the rear room is a little tighter than in the 208’s main rivals, and the boot isn’t as big as some other offerings, but it can still hold five carry-on suitcases. 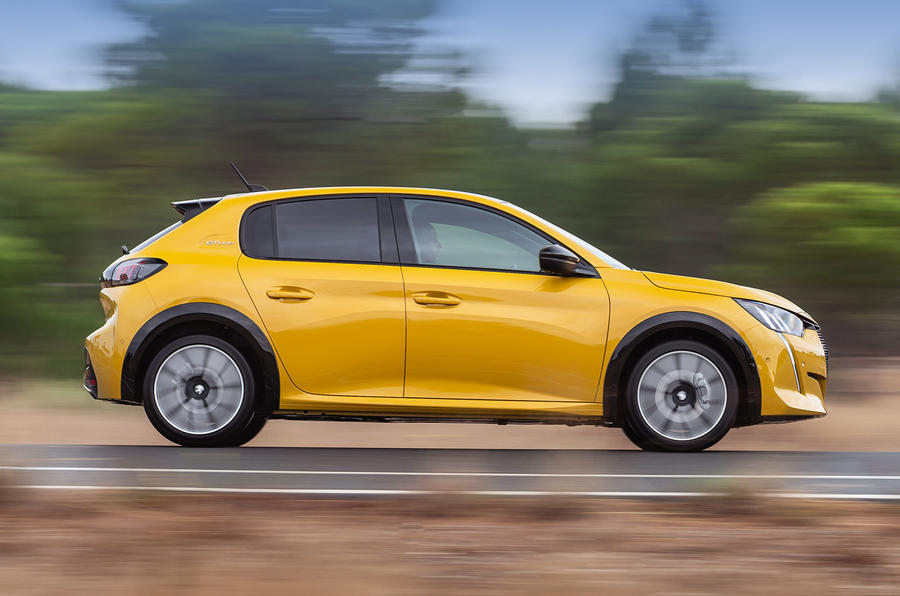 Engine: Owners have reported issues over the years on older models including belt failure, excessive oil consumption, crank seizures and misfiring as a result of carbon build-up. There have also been problems with faulty oil pumps and dodgy engine warning lights.

Brakes: Owners have mentioned having to push harder on the brake pedal, which could be due to air in the braking system. There’s a chance that the brakes were not bled properly at manufacture.

Electrics: The infotainment touchscreen software is starting to develop a reputation for freezing or failing completely, so you can’t use any of its functions – radio, media interface, sat-nav, settings or anything else. A software reset might solve it, but some owners have had to replace the entire unit.

Recalls: There has been a recall for the steering geometry, which could be incorrectly set. Just 10 cars are affected, so it’s unlikely you’ll come across one, but check anyway. Another recall involved the highpressure fuel pump, which hadn’t been tightened correctly. Models affected were made betweenJanuary 2019 and March 2020.

Reliability: It’s too early to know if the secondgen 208 is reliable, but the firstgen 208 wasn’t. It came second to last in What Car?’s Reliability Survey in the small car class. Electrical gremlins afflicted more than 15% of 208s, centred on the infotainment system. Peugeot as a brand came 22nd out of 30. 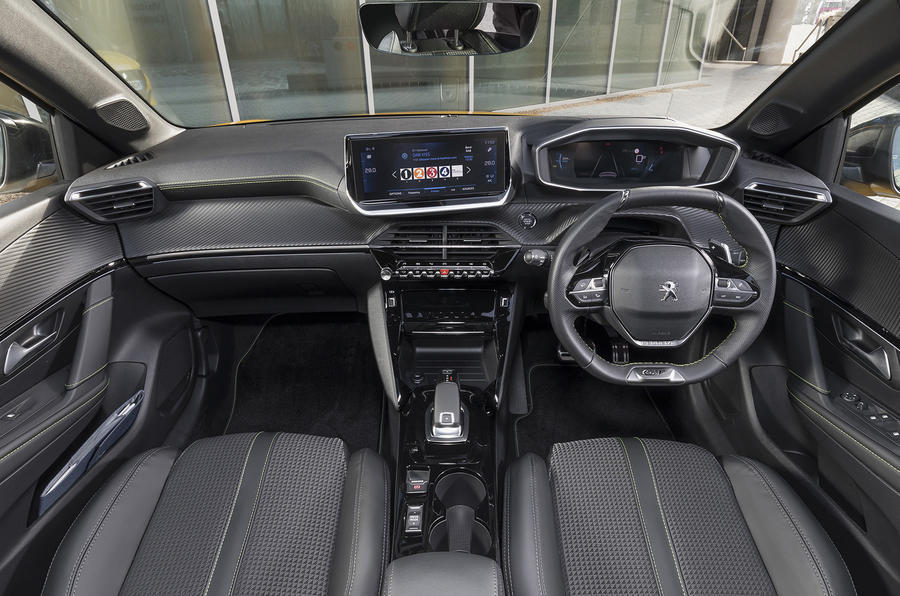 Our top spec - Allure: Active is great, but we’d go for Allure trim, with 17in wheels, dual-zone climate control and electric rear windows. GT Line adds gadgets such as an auto-dimming mirror, but at some expense.

Our pick - Peugeot 208 1.2 Puretech 100: The 1.2-litre Puretech 100 has plenty of power for A-roads and motorways. Good economy is another plus. The more economical diesel might make more sense if you cover a lot of miles, but we’d go for this one for everyday driving.

Wild card - Peugeot E-208 100KW GT Line 50KWH: The all-electric e-208 looks the part, has a great interior and is decent to drive. GT Line adds plenty of kit, too. Some rivals are cheaper or can go farther between charges, but this handsome beast is still a fine all-rounder and surprisingly good value used.