BACK TO ALL NEWS
Currently reading: Nearly new buying guide: Hyundai Santa Fe
UP NEXT
Quarter of UK cars produced in April were electrified

You might lust after the premium-badged pantechnicons that are the practical Volvo XC90 or the suave Audi Q7, but if your budget doesn’t stretch to one, even used, then may we introduce you to the Hyundai Santa Fe?

This fourth-generation Hyundai SUV takes all that made the earlier cars so promising – the space, the practicality and the affordability – and adds a bit of style and an extra dollop of refinement into the mix.

When it was first introduced three years ago, this seven-seater offered just one engine: a 197bhp 2.2-litre four-cylinder diesel, with either front- or four-wheel drive. It was punchy and pleasant and enabled the Santa Fe to cover 0-60mph in 9.5sec and officially return 41.5mpg. It handled well, too, although was better suited to cruising than twisty country roads, and its ride was comfortable at all speeds.

Click here to buy your next used Santa Fe from Autocar

Trim levels were but two. Premium provided an 8.0in touchscreen infotainment system, sat-nav, heated leather seats (front and back) and a heated steering wheel. Premium SE (later renamed Ultimate) added such niceties as ventilated front seats and a panoramic roof.

Inside, the driving position was good, with plenty of adjustment in the steering and seat; full lumbar adjustment was standard. The interior quality was impressive, too, and a decently responsive 10.3in touchscreen was standard.

Where the Santa Fe really scored, however, was in its interior space. Up front it was roomy and airy, as was the second row, while the two rearmost seats were more than big enough for average-sized adults for shorter journeys. 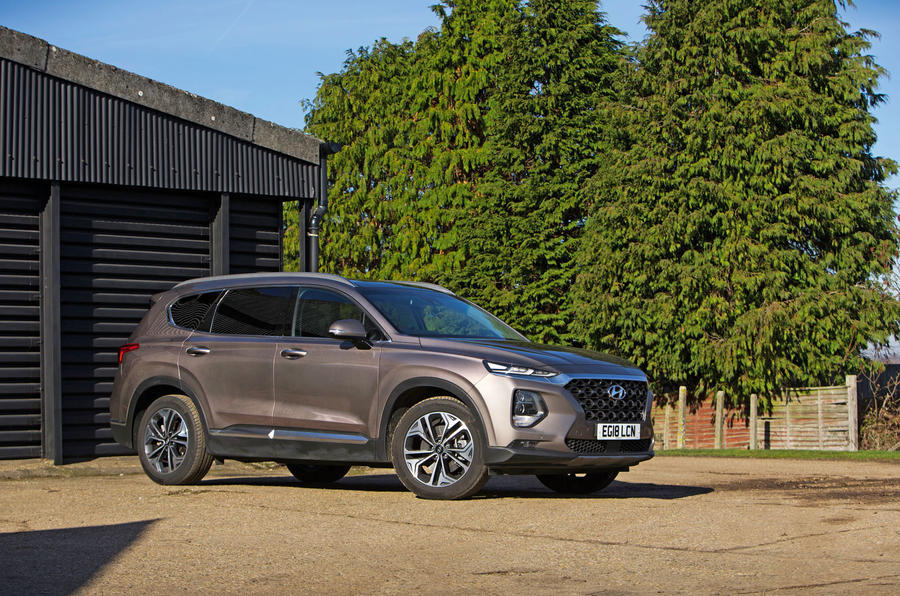 With five seats in use, boot space was extremely generous, at 571 litres. When the middle row was down, that figure increased to a whopping 1649 litres. Even with every seat in place, there was enough room to please most families.

Hyundai significantly updated the Santa Fe for 2021, ushering in even sharper styling and two new powertrains: a regular hybrid (HEV) and a plug-in hybrid (PHEV). The former uses a 1.6-litre petrol engine and an electric motor for a combined 227bhp, while the latter has the same engine with a stronger motor for 261bhp. As you would expect, these hybrids are economical. The HEV officially gives 44.1mpg and the PHEV an incredible 173.7mpg, although to achieve such a figure you will need to keep your journeys short and charge up after each drive.

Santa Fes begin at about £27,000, which significantly undercuts its premium rivals. That will get you a 2018 diesel in Premium trim with fewer than 50,000 miles.

Engine Take the vehicle for an extended test drive or borrow it for a weekend to check for the occasional stalling issues reported by a small minority of owners.

Transmission Check that changes are smooth and timely.

Body Check the underside for scuffs and scrapes.

The 2.2 diesel achieves a combined WLTP figure of 41.5mpg in 4WD manual guise, 39.8mpg with an automatic gearbox and 38.7mpg with the Premium SE model’s larger wheels.

The pre-facelifted Santa Fe came 19th out of 22 cars in the latest What Car? Reliability Survey’s large SUV category. Hyundai, on the other hand, placed sixth out of 31 manufacturers.

2.2 CRDi: If a hybrid is beyond your means, the regular 2.2-litre diesel is easy to recommend. It’s still cheap to run (for a big SUV) and offers you just enough punch to get by. 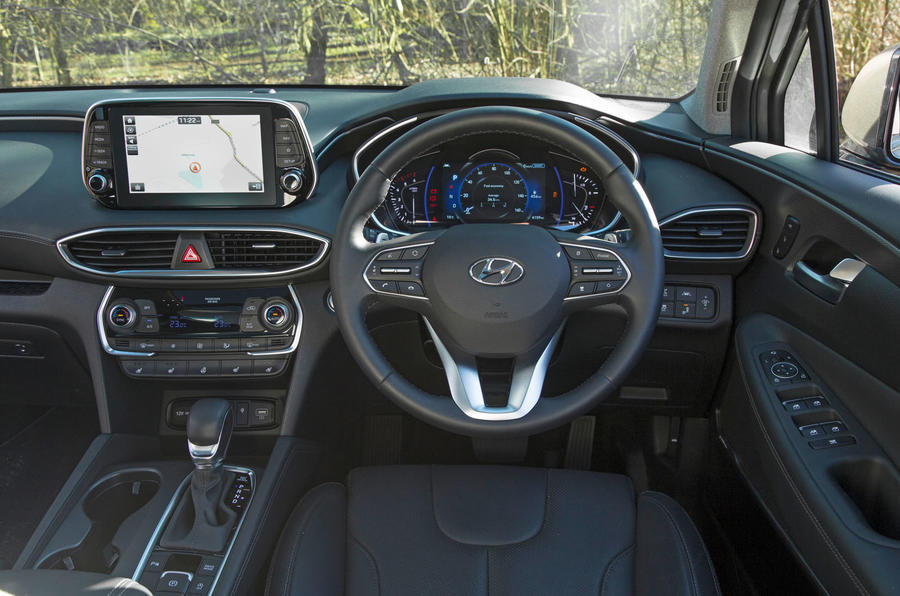 1.6 TGDi 4WD: If you can stretch to upwards of £35,000 for the HEV, it’s a great buy (PHEVs are more expensive still and scarce on the used market). It’s economical to run and more powerful than the 2.2 diesel.