BACK TO ALL NEWS
Currently reading: Nearly-new buying guide: Audi A7 Sportback
UP NEXT
Testing the UK's newest circuit in a Porsche Cayenne Turbo GT

If you fancy the idea of a rakish coupé but find yourself with a family to cart around, why not check out one of the fastback alternatives? And if you can’t quite stretch to the stunning Audi E-tron GT, why not cast a glance at the Audi A7 Sportback, which was among the first models to show off the swoopy five-door look?

The second-generation A7, launched in 2018, offers two petrol and three diesel engines in turbocharged 2.0-litre four-cylinder and 3.0-litre straight-six forms.

The 2.0-litre units are available with or without Quattro four-wheel drive and get a seven-speed dual-clutch automatic gearbox, while the 3.0-litre diesel gets an eight-speed torque converter and Quattro as standard. Mild-hybrid technology that helps to save fuel is reserved for the 55 TFSI petrol and 50 TDI diesel.

Click here to buy your next used A7 from Autocar

The A7 is well equipped, too. Sport is the base trim and comes with Audi's Virtual Cockpit digital display, LED lights, leather seats, 19in alloy wheels, front and rear parking sensors and a reversing camera. S Line is a little bit sportier, with sports suspension, 20in rims, matrix LED headlights and Alcantara trim. 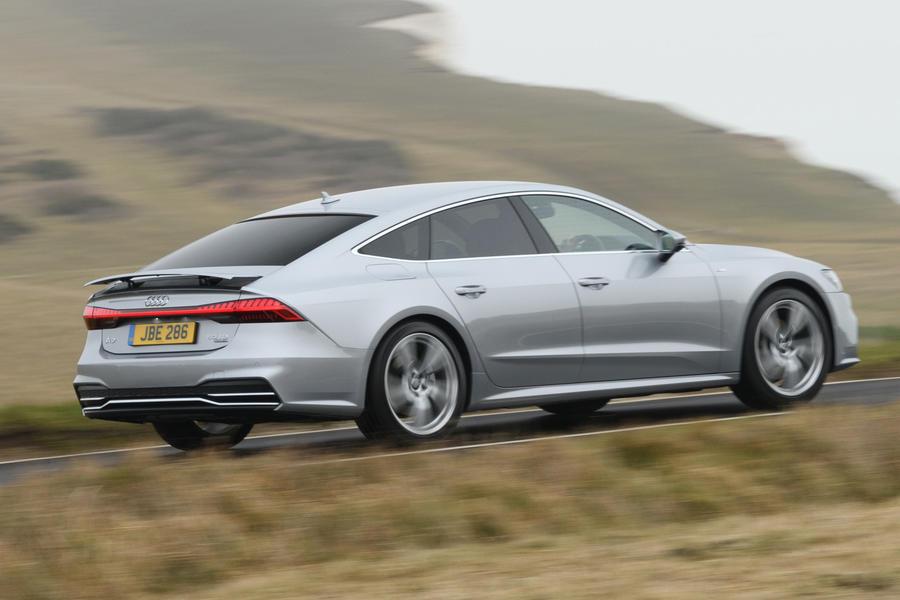 The good news is that the A7 is set up to provide safe and predictable handling above all else. Four-wheel-drive models find plenty of traction in even the trickiest of weather conditions, plus there’s enough grip for the A7 to hang onto the apex of a corner with little deviation. The A7 also does practicality, of course. It has a massive boot with a hatchback opening, which proves particularly useful if you need to transport something large, like a child’s pushchair. The rear seats can be folded down in a 40/20/40 split, increasing versatility yet further.

Is the second-gen A7 the perfect all-rounder for Audi to take the luxury four-door coupé crown from the Mercedes-Benz CLS, or are its talents spread too thinly?

Passenger accommodation is only an issue if you happen to be over six feet tall and are sitting in the back. On the whole, there’s lots of leg and shoulder room for all occupants.

The interior is also beautifully assembled and adorned with sumptuous finishes throughout.

However, while it may look like a tech lover’s paradise, with conventional buttons swept away in favour of a twin-touchscreen dashboard, this space-age set-up isn’t the most intuitive. The upper screen deals with the infotainment, sat-nav and (Apple CarPlay and Android Auto) smartphone mirroring, while the lower one operates the climate control, heated seats and other minor functions. Unfortunately, you have to look away from the road in order to touch the control icons on either screen, which can be distracting while you’re driving.

Electrics There have been reports of electrical glitches and failures. The infotainment system can freeze and refuse to work, while the central locking eversing sensors and smartphone mirroring can also cause issues. There are isolated reports of engine warning lights staying on. Some owners have complained about rattles and squeaks within the cabin.

Engine The 2.0-litre petrol engine has had some issues reported relating to the tensioners and guides in the timing-chain system failing, so it’s worth checking if the A7 you’re looking at has had any work done. There have also been reports of stop-start system defects, which can delay accelerator response and disable the power steering.

Suspension The nuts on the eccentric bolt on the rear axle’s spring-link control arm have been known to break from stress fatigue.

Interior Some owners have complained of a mildly noisy centre differential and some rattles from the trim surrounding the gear selector. 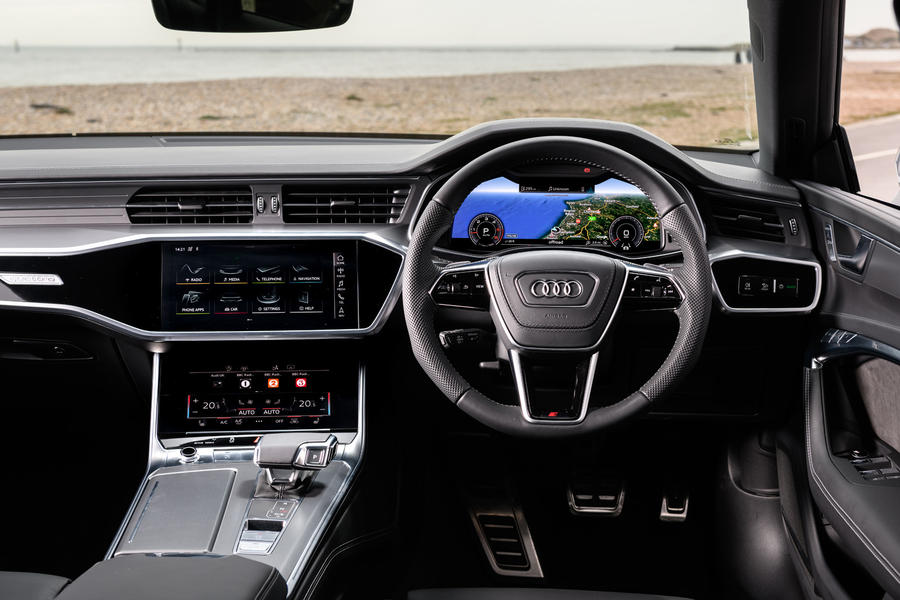 Sport: The base trim level brings all the equipment you could ever need and is a good compromise if you value comfort. S Line adds sports suspension and 20in wheels that do nothing for ride quality, while Vorsprung is quite costly.

50 TDI: Unsurprisingly, most used A7s are diesels. If you can stretch to the most potent one, you won’t regret it. It offers a lot of performance, yet its running costs are similar to those of the lesser 45 TDI.

55 TFSI Vorsprung: Why not treat yourself to the creamy, smooth and superbly punchy (but thirsty) 3.0-litre petrol V6? Vorsprung trim brings air springs and four-wheel steering, doing wonders for agility.