BACK TO ALL NEWS
Currently reading: They're not fit to wear the badge - used car buying guide
UP NEXT
Stellantis exec: range and charging biggest barriers to EV adoption

They're not fit to wear the badge - used car buying guide

When new, these compromised cars were regarded as letdowns. But they’re now cheap enough to be worth a look
Share
Open gallery
Close
Share story

When launched, these cars were applauded as valuable additions to the manufacturer's portfolio. Soon after, however, they were consigned to the history books as failures. For those on the lookout for a bargain, however, these compromised cars could be worth looking at.

Eyebrows were raised when Aston Martin revealed plans to dip a toe into the supermini water. That it chose the 97bhp Toyota iQ as a basis raised them still further.About 150 examples were built, but sales of the £32,000 Cygnet were slow.

In essence, the Cygnet isn’t a bad car. It may be a little short on performance, but it drives well enough and has a handsomely appointed interior and a quality of Aston-applied paintwork that needs to be seen to be appreciated.

Exclusivity ensures that the opulent baby Aston remains an expensive toy. Expect to pay £20k to get one, but if you hold on to it, those prices could well go up.

The original Ford Ka was cheap to buy, a hoot to drive and seemingly styled to resemble a garden snail.

The replacement was and, in fact, remains a dog. Sharing a talentless platform with the Fiat 500, the current Ka entirely lacks the original car’s charm and brio. It’s nasty to be in, flat to drive and a criminally poor way to reprise the Ka name.

It’s not like buyers haven’t noticed, either. The original car was a perennial segment best-seller. The current one isn’t even close. Instead, search out a non-rusty original Ka for £1000 and you won’t regret it.

Saab had a well-earned reputation for building high-quality, thoughtful cars with a definite Swedish quirk and it enjoyed a loyal following as a result. Once the brand was assimilated into General Motors, though, the cost savings were fairly quick to emerge.

The original 9-3 was an improved version of the 900 that preceded it and sported Saab engines mounted on its requisitioned Vauxhall Cavalier chassis. However, from 1998 onward, the 9-3 was little more than a Vectra in Swedish national costume.

The 9-3 looked great and some were properly fast, but it lacked the Scandinavian charisma beloved by those loyal customers, who drifted off to buy premium German cars.

On paper, it made perfect sense. Match up the pragmatic build of a Nissan with a soulful Alfa flat four and you’d get a well-made, charismatic hatch. It didn’t turn out that way, though. The Arna looked like a Nissan Cherry with a Alfa Romeo grille, because that is what it was. Nearly 62,000 were made, but you’ll have to look hard to find one - and if you do, you’ll wonder why you bothered.

The arrival of the Honda Ballade with Triumph badging resulted in the fewest warranty claims of any BL car and lots of comfort. But brand evangelists just couldn’t accept that it was a Triumph. With no ties to its Triumph heritage other than decals and the fact that it was assembled in Britain, it was a sad way to sign off this evocative old brand. Rarity ensures that prices are on the up, but £500 will still get you behind the wheel.

Jaguar needed a compact executive car, but Jag fans never took to the X-Type. One reason is that it shared much of its underpinnings with the Ford Mondeo, so it wasn’t seen as a ‘proper’ Jaguar, and conquest sales from German rivals never arrived because it had a choice of thirsty V6 petrol engines when the market wanted four-cylinder diesels. 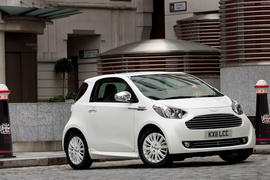 Sales never got close to targets, even when the diesels arrived in 2003. Even with a handsome-looking estate variant, plush interiors and a diesel automatic option, the line-up was canned in 2009.

Too harsh on the Ka

My elder daughter bought a well-used but low mileage Mk1 Ka to learn to drive in, a few years back. It was very basic, fragile and rusted through in 12 months requiring 2 new sills. Go-kart like handling made up for the numerous shortfalls but a serious lack of metal made me glad that daughter never had a crash in it. Last year (2014) I bought a new Ka on finance; at £70 per month on Ford Credit, you can hardly go wrong. It's a gown up version of the Mk 1, much better made, more solid, slightly more roomy and higher tech. It may not offer what motoring journalist want, but if you'd had to cope with an original Ka, the new one is very definitely a step up. 35mpg around town, over 52 mpg average according to the trip computer, It's a much more mature car that the original and puts a smile on my face every time that I drive it (although that may be partly down the the number plate that starts "KA" - I wonder why more owners don't buy such an inexpensive "extra")
Citytiger 29 August 2015

The problem with the X-Type

The problem with the X-Type wasnt the fact it was based on a Mondeo, it was the fact that motoring journalist didnt let anyone forget it was based on one, the current Evoque, the Freelander 2 and the new Discovery Sport are based on the Mondeo, and until very recently even had Ford Peugeot diesel engines, and in some markets Volvo Si6 engines, in didnt harm their sales success. The X-Type was hindered by looking old fashioned and having thirsty V6 petrols and AWD, the fleet buyers wanted diesel, and were not bothered by which wheels drove it, the Jaguar geeks wanted rear wheel drive, and the general public wanted something that looked a bit more modern preferably with a decent diesel engine, good reliability and low running costs. Mondeo parts didn't make the X-Type a poor car, JLR management, poor customer research, and German car loving journalist did. The Mondeo was the best car in its class, there is no reason the X-Type couldn't have been.
sirwiggum 25 August 2015

Bit harsh on the Saab 9-3, every large multi-brand car manufacturing group shares platforms - you've missed out the Audi A4 which is a Passat, the A3 which is an Octavia, the A1 which is a Fabia etc. The new Discovery Sport is based on the Mondeo, Volvo S40 original was Mitsubishi based, mk2 was Focus based. Your favourite manufacturer - Jag - based their X-type on a Mondeo, which was more controversial than the 9-3 ever was. And how is it any different than the 900/mk 9-3 being based on the Cavalier?
View all comments (8)