BACK TO ALL NEWS
Currently reading: Sporty Subarus from £3500 - used car buying guide
UP NEXT
First drive: 2022 BMW XM prototype

Subaru has broadened its line-up in recent years, but its used models remain a byword for cool, fast, all-wheel-drive machines
Open gallery
Close

Subaru is arguably most famous for making the legendary Impreza, but that's not the only model to look for on the forecourts these days. Here's our pick of Subaru's performance range. 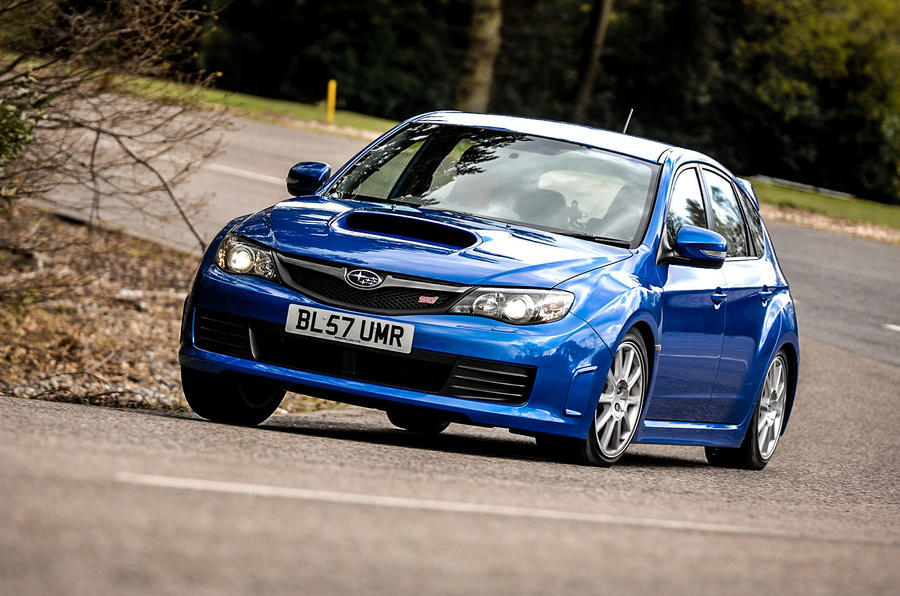 The Mk3 Impreza broke the model’s mould, being available for the first time as a practical five-door hatch in the hope of competing with the Volkswagen Golfs of this world.

But while the WRX can’t quite be held in such high esteem as its predecessors, it retains a unique and alluring character. The steering has near-perfect weighting, while the handling is spot on and able to keep everything neat and tidy until the tyres run out of traction.

Under the bonnet is a 2.5-litre boxer engine, which develops 296bhp and is full of character and delightfully smooth. The WRX gets to 60mph from rest in 5.2sec. 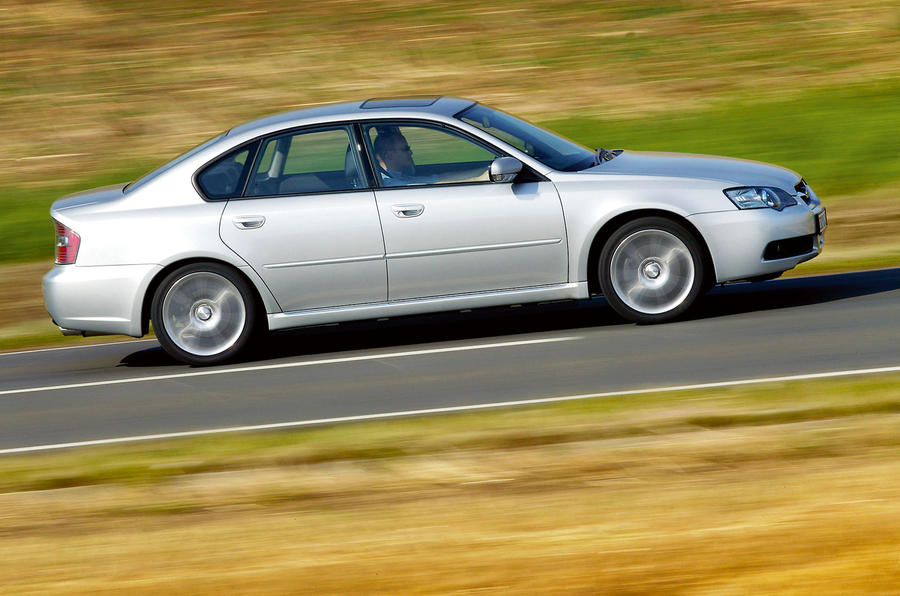 The STi is fast, grippy and offers immense value, maintaining an image Subaru has cultivated through years of rally pedigree

For years it was the unsung hero of motoring, let alone Subaru’s range. A decade on and a Legacy saloon is a steal.

The Legacy does everything well in a manner that’s as modest and unassuming as the car looks. The handling is great and the steering is accurate and responsive.

The 3.0-litre petrol Spec B is the muscle of the Legacy range. Delivering 241bhp, and with the help of all-wheel drive, it’ll get to 60mph in 8.2sec.

Servicing intervals are reasonable, but repair bills can be high. Watch out for engine issues, ventilation failures and clutch and gearbox problems. A 2005 Spec B with 37,000 miles can be found for less than £4500. 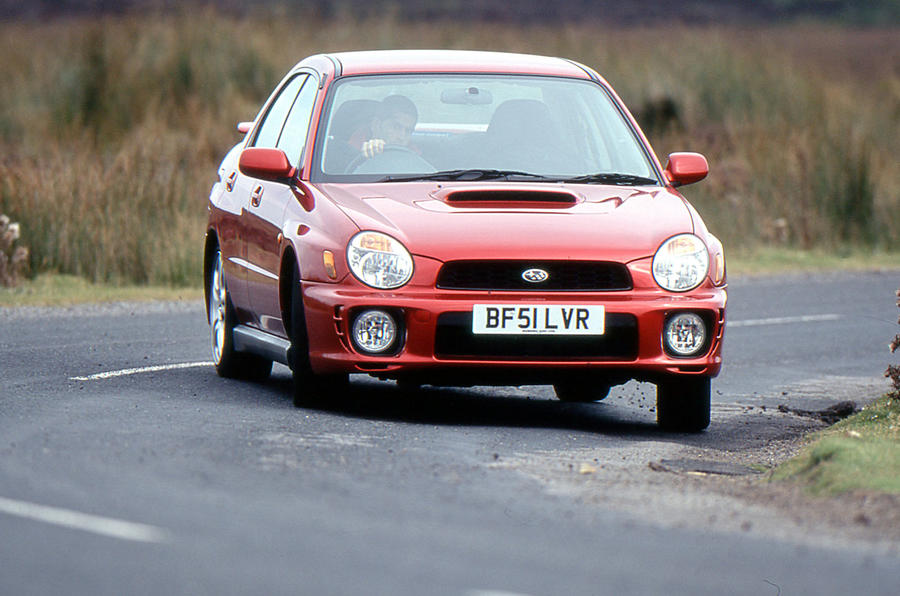 Subaru’s second attempt at the Impreza came with a divisive frog-eyed front end, rectified by a hastily launched facelift.

The Mk2 is an impressive performance car. It’s rapid, with 221bhp rocketing the four-door from standstill to 60mph in 5.6sec. Mated to a four-wheel drive system, top-notch steering and excellent handling, the car really excels. It’s roomy and well made, too, but the cabin is drab, with lots of plastic on show.

Running costs are on a par with a small mortgage. Tyres and brakes wear quickly, insurance is high and economy is in supercar territory. Breakdowns and failures, however, are rare. 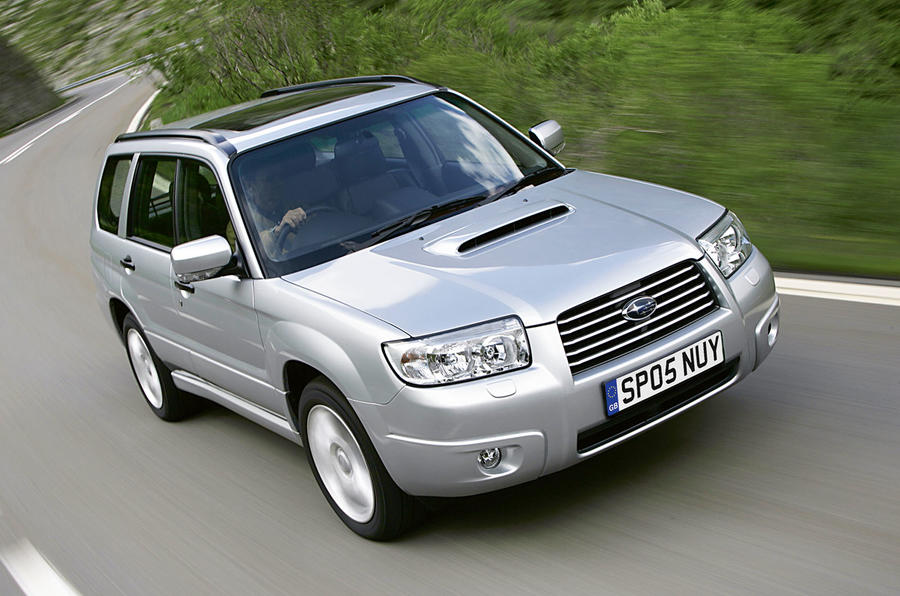 Did Subaru get to the crossover market too early with the Forester? Not a normal estate, not a full-on 4x4, it didn’t catch people’s imagination as it might. Nevertheless, it’s a unique ownership proposition, especially in XT Turbo form.

The high-riding, all-wheel-drive estate rides smoothly, has good handling and is fast, with a 2.5-litre engine that propels it to 60mph from rest in just 5.7sec.

Cabin quality isn’t the best and it’s not the roomiest, but it will cope with some muddy stuff, while carrying the family. As with most Subarus, it’s generally reliable, but clutches and driveshafts can give out at around 60,000 miles. 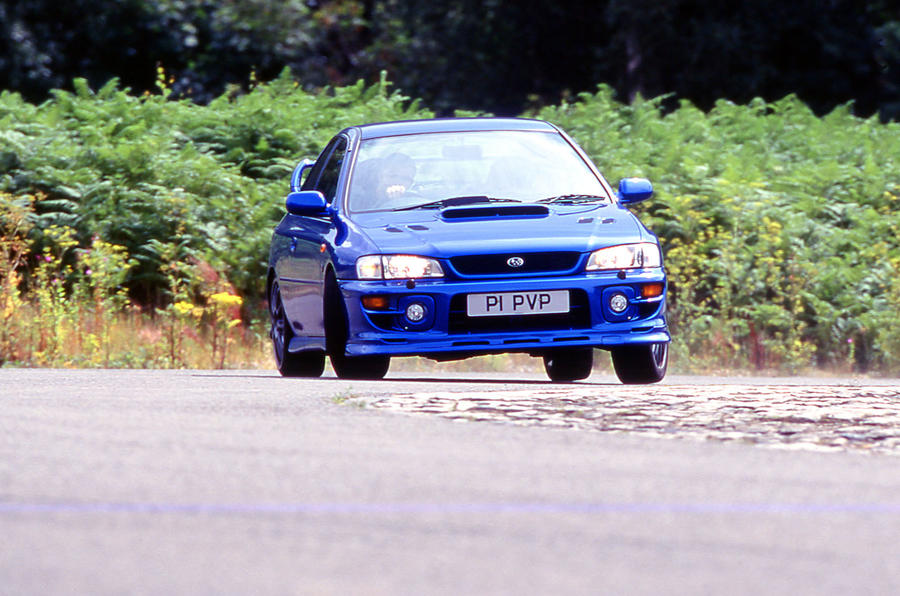 The relationship between Subaru and Prodrive in the 1990s not only delivered a wealth of World Rally Championship wins but also produced what is arguably the best Impreza ever.

Watch out for imports disguised as UK-spec cars, and have all the full vehicle checks carried out before parting with your cash. This collectable model can be appreciating in your garage from £13,000 for a 2001 example of the P1 with 83,000 miles on the clock.

Looking back its hard not to

Looking back its hard not to think Subaru were going through a purple patch in mid/late 90's, at least for UK buyers ? I owned an Impreza 2.LTurbo and then a 3.0 R both had their foibles but were essentially very good cars. I ran the Legacy for nine years and only sold it as basic parts (exhaust) were becoming hard to get. I ended up having a s/s centre section made up so I could continue to use the car.
chandrew 9 February 2016

We've recently run out of spaces in our Forester XT service book. It's now done 260,000 km since we bought it new in 2003 and is still on it's first clutch. The only things not in the service book which I can remember it needing are 2 new rear wheel bearings. It's had a decent life, doing a fair amount of time on non-tarmaced roads. The garage tell us it will likely do at least 400,000 km. We've looked at replacing it every few years but felt nothing really could match it. If they had done the 3.6 litre Outback with a manual maybe that would have been OK.

The biggest drawback with them is that they like a drink. Ours has had 98ron as recommended in the manual since new and with 25,000 - 30,000 km pa in recent years it feels like it's always being refilled. In fact, touch-wood, we're taking delivery of an i3 in the coming week to go alongside. The lease / service / electricity bill looks like it will cost less than the petrol / servicing bill of the Subaru even though the Subaru is unlikely to depreciate any further. We're keeping the Subaru though for long journeys / snow / muddy roads.

Pedal placement on them is fantastic. It's easier to heel and toe than my Lotus was (and you can do it in wellies). I've taken to left-foot-braking it on the gravel. I suspect there's little that is more fun than sliding a Forester around a gravel road at speed.