At launch and throughout much of its life, it suffered comparisons with its celebrated predecessor, critics bemoaning its low-tech torsion beam rear suspension, greater weight and token power increase. Today, as the miles have rolled by and prices have fallen to as little as £5000 for a tidy, privately sold, 2007 car, the model’s finer qualities – linear performance, impressive grip and improved steering – have moved to the fore. It can take no end of relatively inexpensive tuning, too.

The FN2, as it is known, is powered by an improved version of its forerunner’s 2.0-litre i-VTEC engine, this time doling out 198bhp but just 142lb ft at a high-ish 5600rpm. It may be only slightly more powerful, but it has a better spread of torque across a wider rev range, and without the old model’s irritating (some say thrilling) step up in power. Shorter gear ratios help to combat the car’s extra weight, ensuring the FN2 cracks 0-62mph in 6.8sec – the same as the first one.

Standard versions are well equipped, highlights being 18in alloy wheels, drilled pedals and aluminium footrests, an alloy gearknob and – praise God – a big red starter button. GT versions are the most popular and have cruise and climate control, among other things. No prizes for guessing what Navigation models have.

A mild facelift in 2008 heralded the arrival of the Championship White edition, based on the GT but with a limited-slip differential. (Eventually, all versions from late 2009 had one.) This version holds its value quite well. 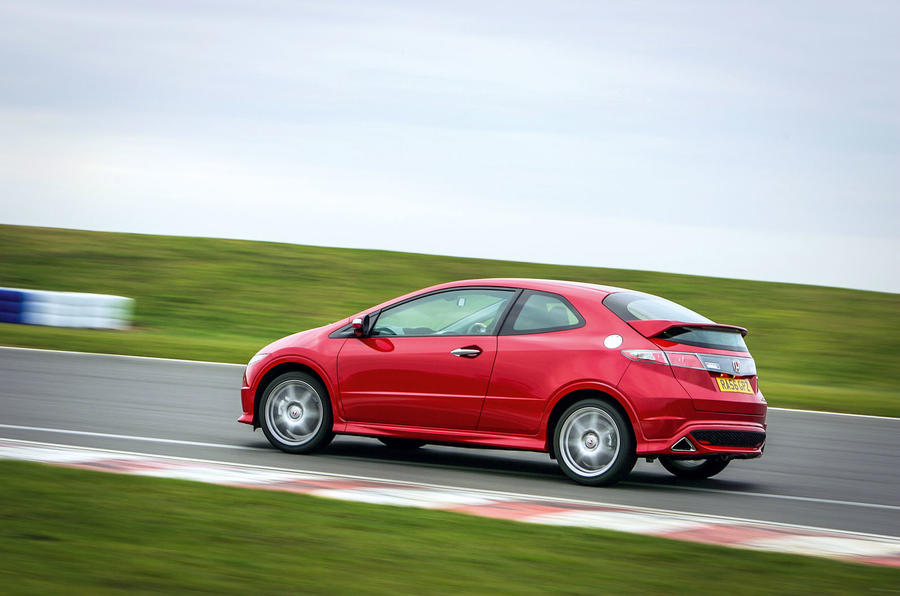 The Mugen arrived in 2009, costing a cool £35,299 and packing an additional 39bhp, an 8600rpm redline, a quick-shift gearbox and uprated suspension. Only 16 were imported, a further four with 2.2-litre engines and 256bhp arriving in 2011. In 2010, those who couldn’t find the readies for the Mugen could vent their frustration on the Type R Mugen 200, based on the Championship White but with Mugen styling and, as the name suggests, limited to 200 cars.

So those are the ‘standard’ Civic Type Rs. But many of those in today’s classifieds have been tweaked. It’s nothing to worry about, as long as you know good mods from bad.

Good ones include a cold air feed-type air cleaner such as the GruppeM or the AEM Cold Air Intake. Brakes are a popular mod, too, with many owners trading the standard pads and lines for the tried and tested Ferodo DS2500 and some upgraded lines from Goodridge or HEL. Look out for lowered cars fitted with progressive-rate springs, too.

With the exception of the Mugen, prices are falling for all versions of the FN2 Type R, some faster than others. At one end, they’re squeezed by solid prices for the still well-regarded older model, and at the other, they’re capped by nearly new current-model cars. Still, there’s plenty of fun to be had in  between. 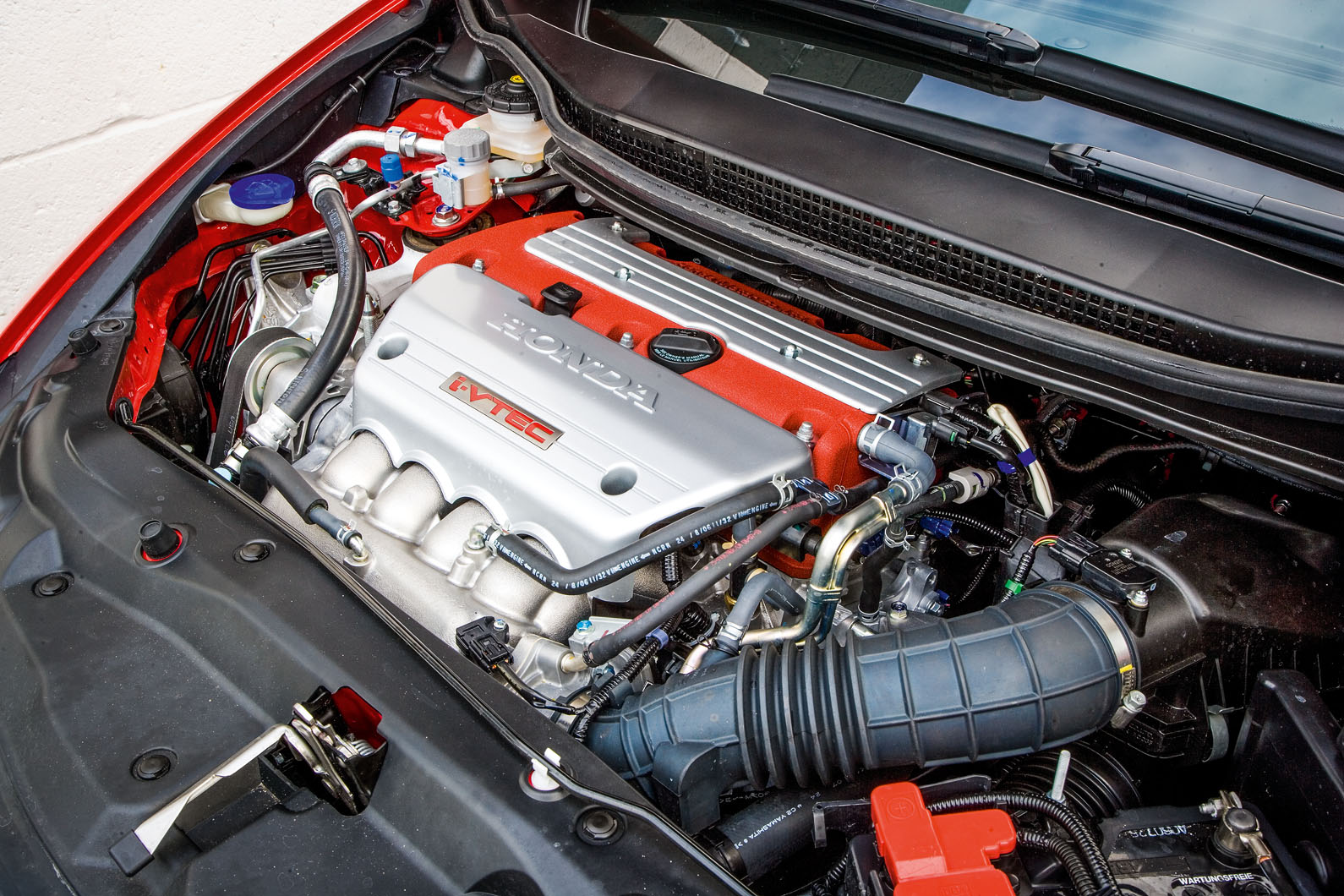 “We raced a road-legal FN2. It was really successful because the cars came out of the box ready to play and can be tuned so easily. In fact, they’re so stiff they don’t need a rear anti-roll bar. Ignore the fact that it has a beam axle. It’s not an issue. The car is agile enough. The standard ride is a bit crashy, so progressive springs are a good idea. If you can afford it, get a 2008 facelifted one with the diff, Bluetooth and an iPod connection. A properly remapped engine should be smoother, more flexible and more economical. In short, it’s a great car that can really take its punishment.”

Don’t worry: it’s probably just the front subframe bolts. Take them out, clean and grease them and refit.

ROOF NEAR WINDSCREEN AND DOOR SEALS

Lift the seals to check. If the car has a full Honda service history (FHSH), Honda may repair it under warranty. Otherwise, just clean and repaint.

Sensible, documented mods are OK, but avoid anything heavily modified on a shoestring. 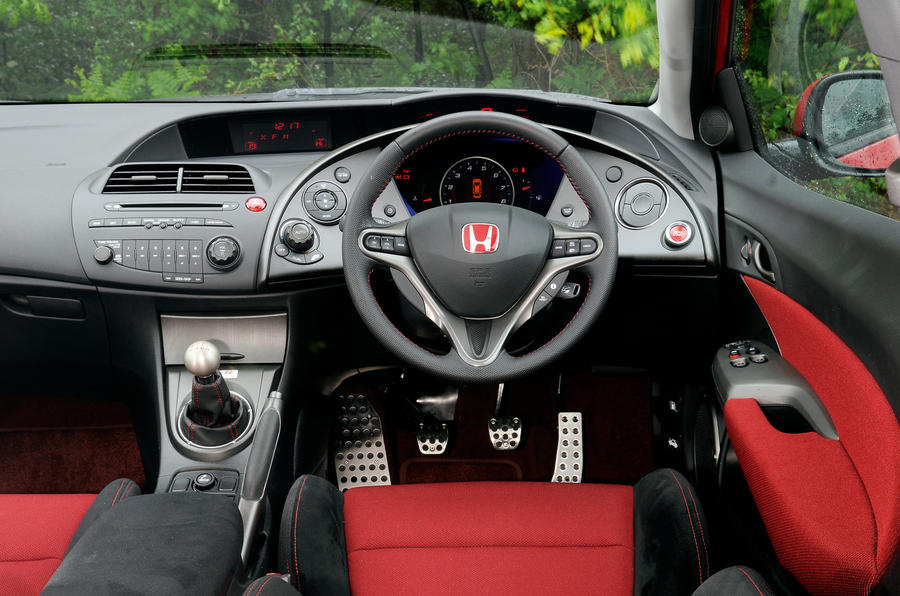 Some cars jump out of third gear. It’s a worn synchro. If the car has FHSH, Honda may repair it under warranty. Otherwise, it’s an inexpensive fix.

Probably the clutch release bearing, something that Honda attempted to remedy in a technical recall, but it comes back. It’s not an issue.

Obvious, really, but check everything works, because a bodged modification (radio upgrades are popular) can lead to all sorts of unwelcome issues.

Type R’s paint is reputed to be on the soft side and chips easily, especially on the bonnet and front splitters.

The original-fit tyres were Potenza RE050As and suited the car extremely well but have been superseded by Potenza S001s, which are better still.

The new Type R is generating some quality, late-plate FN2 trade-ins, say Honda dealers. Assuming the car qualifies, they’ll cover an FN2 up to seven years old, so keep your eyes peeled for one. Hurry, though. According to Bracknell Honda, they don’t hang around. 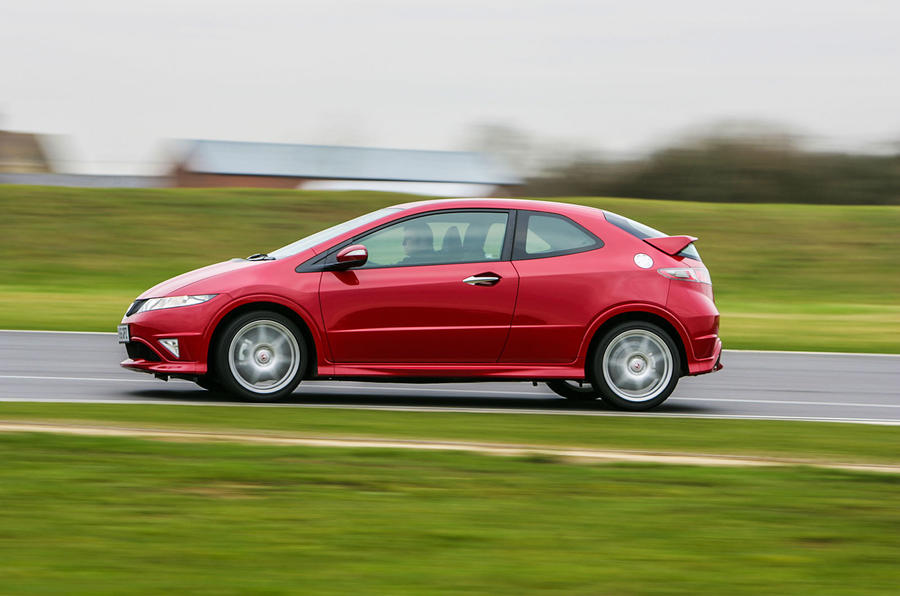 Honda Civic Type R prices - how much to spend...

This will buy a standard facelifted 2009 GT with high-intensity discharge headlights, USB and aux music ports and less than 40,000 miles. Alternatively, it should net a highermileage (80,000) 2009 Championship White edition, a more desirable car with a standard limited-slip diff.