BACK TO ALL NEWS
Currently reading: Under the skin: Why the straight-six engine is on the way back
UP NEXT
Tesla to expand select UK Superchargers to other electric vehicles

Under the skin: Why the straight-six engine is on the way back

There's something about a straight-six engine, with that intoxicating soundtrack and silky smooth power delivery. Yet for a time, it looked as though they would disappear from the radar to be replaced by vee engines. BMW even substituted a V8 for the M3’s sublime 3.2-litre six for a time. Now manufacturers are embracing the inline six once again and, ironically, one of the reasons for that is why they gave way to V6s in the first place: packaging.

First, though, why is the straight six such a desirable configuration for an internal combustion engine, regardless of the fuel type? The clue lies in that silky smoothness. Vibration is caused by reciprocating parts, like pistons, and things that rotate, like the flywheel or crankshaft. Engine balance is fiendishly complex but the two main types of vibration are primary ones, which have an even frequency in sync with the engine revs, and secondary. Primary vibrations are caused by the inertia of the pistons moving up and down at a manic rate and the force of combustion. Secondary vibrations are more complex, uneven and essentially caused by the internal geometry of an engine, which means pistons accelerate faster in the top half of the stroke than the bottom half.

The configuration of the engine makes a big difference to both types of imbalance. In an inline four with pistons connected to the crankshaft at 180deg intervals, when pistons one and four are travelling upwards then two and three are moving downwards. The power strokes don’t overlap and there’s a primary imbalance and a high secondary imbalance. In a straight-six engine, pistons are connected to the crankshaft at 120deg intervals, power strokes overlap and each piston has a twin moving in the opposite direction, cancelling out imbalance. So although there’s still some secondary imbalance, primary balance is perfect.

Although lacking the perfect primary balance of straight sixes, 60deg V6s became popular in mainstream cars mainly for packaging reasons. It’s relatively straightforward to mount them transversely for front drive, and when mounted in line, a shorter V6 makes more room for crash structures. Some car makers based V6s on cut-down 90deg V8s but these, too, lacked the inherent smoothness of a straight six. But as turbocharging became more prevalent, packaging considerations gave inline sixes the edge over vee engines.

Inline engines have a hot and a cold side, with an exhaust manifold on one side taking hot gases away and the fuel injection system on the other. Mounted longitudinally, there’s more space on the hot side for single and increasingly common bi-turbo set-ups, e-boosters and managing under-bonnet heat. There’s also more room for fast-emerging technologies such as the belt-driven starter-generators of mild hybrids, which are bulkier than the alternators they replace. Apart from the inherent advantage of smoothness, straight sixes are more economical to make and have a simpler design, with one cylinder head instead of two, fewer camshafts and less complex induction and exhaust systems. 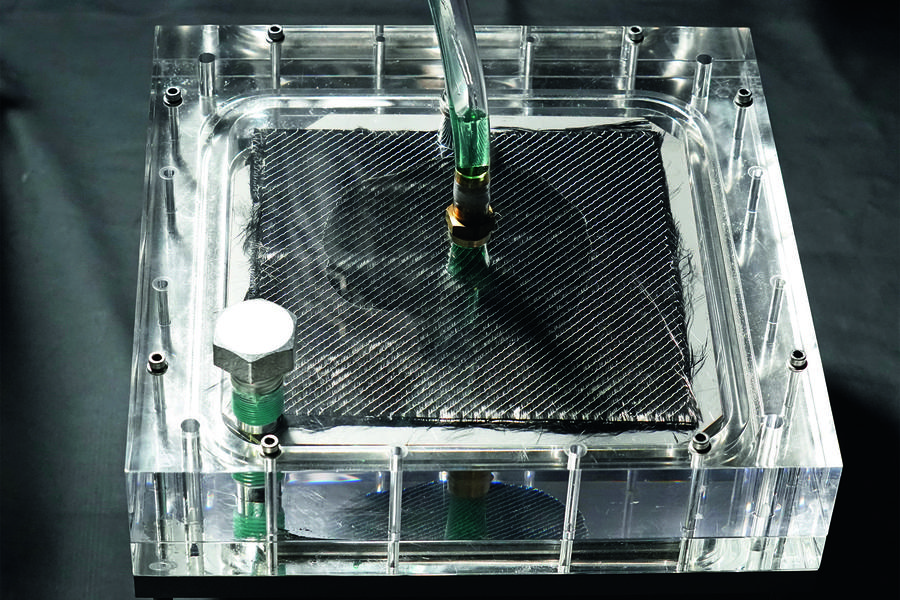 Following our report last week of McLaren’s resin transfer process, Nissan has a new technique to reduce the time taken to make carbonfibre parts by 80%. Resin transfer moulding usually involves compressing carbonfibre cloth into a die and injecting resin under pressure. Examining the resin’s behaviour, the permeability of the fibre and adding grooves in the die surfaces all speed up the process time, making it more viable.

Under the skin: How the new automated lane system will work

Under the skin: Why anti-roll bars still hold sway

Yes, it's like the last hurrah of the dinasours, they want to go out in style.
gagaga 28 September 2020

A straight six (and derivatives like a v12) are balanced in primary, secondary and tertiary forces.  You can do the same with a bent eight, but you need balancer shafts etc.  A while since uni, but think the comment about secondary imbalance remaining is wrong.

In reality with modern turbo

In reality with modern turbo engines being so powerful, the modern straight sixes are replacements for larger V8 engines, with the previous V6s being replaced by turbo 4s.