BACK TO ALL NEWS
Currently reading: Under the skin: The tyres that make their own electricity
UP NEXT
Maserati MC20 Cielo is 621bhp McLaren 720S Spider rival

Under the skin: The tyres that make their own electricity

Falken parent company Sumito Rubber Industries has been working with Professor Hiroshi Tani of Kansai University on the development of an electronic device to accurately monitor tyre wear.

For all the talk of how driverless cars are needed to cut the accident rate, it seems there’s still a lot of scope for improving the safety of conventional cars, too. Tyre condition is vital to safe driving but it’s fair to say that for many drivers, actively checking tyres is pretty low on the list of priorities. If tyre wear goes unnoticed or is ignored, the results can be lethal – especially in the wet.

Continental once demonstrated under controlled test conditions at MIRA Proving Ground near Nuneaton that despite the legal limit being 1.6mm across 75% of the width of the tread, stopping distances in the wet dramatically increase once tyre wear drops below 3mm.

Sumito’s new device, the Energy Harvester, needs no batteries. Instead, a tiny system bonded to the inside of the tyre generates static electricity to power an equally small tyre sensor, which can transmit a data signal to the car’s electronic systems using BLE (Bluetooth Low Energy). Inside the Energy Harvester are two layers of rubber covered with a film, creating a negative and positive electrode.

As the tyre deforms, the two films rub together, generating static electricity. An array of Harvesters are arranged in a line across the inside of the tyre carcass, and as the tyre rolls along the road, each one generates a small voltage. The changing shape of the voltage waveform between them indicates the variation in the tyre footprint as the tyre wears.

The system could be incorporated into tyres intended for conventional cars, talking to the vehicle’s instrumentation system to warn of excessively worn tyres. Working in conjunction with the vehicle’s tyre pressure monitoring systems (TPMS), it seems logical that the combination of the two could provide a far more effective way of keeping an eye on all aspects of a tyre’s condition on the driver’s behalf. If and when driverless cars are roaming freely on the roads, then a system of tyre wear monitoring as well as TPMS could be a useful tool for the fleet operators and private owners.

The research originally formed part of Sumito’s Smart Tyre Concept, which received funding in 2019 from the Japan Science & Technology Agency. The concept is aimed at turning complete tyres into sensors. Other tyre manufacturers, notably Continental and Goodyear, have been working on smart tyre concepts for a number of years, too.

Continental’s Sidewall Torsion Sensor (SWT), fi rst seen a few years ago, was designed to integrate with braking systems to improve stability under braking. Because it could detect vehicle yaw at source rather than after it was under way, it was also hoped that SWT could one day do away with a vehicle yaw sensor, the most expensive part of an ESP system.

In 2018, meanwhile, Goodyear showed its Intelligent Tyre Concept, consisting of a tyre fi tted with sensors and cloud-based algorithms capable of communicating with fleet operators via an app. 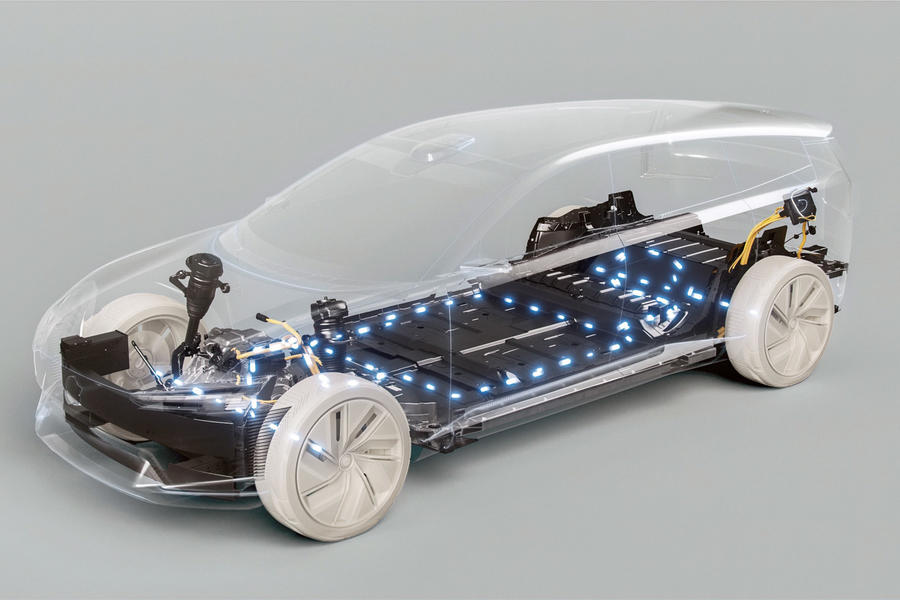 Volvo has invested in Israeli firm Storedot, which aims to begin mass production of its ‘100in5’ lithium ion batteries by 2024. The extreme fast-charging batteries are so-called because they can take on 100 miles of range in five minutes thanks to their silicon-dominant anodes.

Ok, so a TPMS can be a bit of a pain, but, you can't really ignore it, touch Wood I've never had that many Tyre issues and I'm guilty of not checking tyre pressures regularly, but when I do it's a two, three minute thing, take all the dust caps off, check the tyres, adjust as required, put the caps back on, it's not a half hour job, not ruining your Day, and wouldn't you be glad when you check your Tyres if you found it wasn't just down on pressure?

Given that TPMS constantly fails issuing false low pressure readings (an irritant complained about by so many car owners), it doesnt bode well for this crazy idea, which will pushp the cost of tyre replacement and inevitably break the forst time they drive through yet another enormous pothole.

This is technology for the sake of it.