BACK TO ALL NEWS
Currently reading: Under the skin: How dandelions are making tyres more sustainable
UP NEXT
2024 BMW X3 primed to take on Mercedes-Benz GLC

Under the skin: How dandelions are making tyres more sustainable

Tyres have an amazing impact on the way any car performs, affecting not just handling and grip but also safety, noise and energy consumption.

What a pity, then, that they are also such a problem when it comes to sustainability. This time last year, we reported on how tyre manufacturers were looking at ways to ease the environmental burden of tyres by replacing unsustainable materials with ecologically sound alternatives.

Examples include the use of natural latex from the roots of dandelions as a substitute for natural rubber and soybean oil to replace petroleum-based oil in tyre compounds. Now those projects are beginning to bear fruit as Goodyear announces the release of its fi rst tyres made using a sustainable soybean compound as part of its mission to ditch petroleum oils in its tyres by 2040.

Two of the tyre maker’s Metro Miler bus tyres have gone into production in North America made using a proportion of surplus soybean oil, a leftover from the food industry. In total, it replaces 325ml of petroleum oil per tyre, which on a fleet of 1600 buses represents a saving of around 20 barrels of oil.

In April this year, Goodyear also announced a programme involving the US Department of Defense, the Air Force Research Lab and Biomade (a specialist in what it calls “bioindustrial manufacturing”) along with an Ohio firm, Farmed Materials, to make sustainable natural rubber. Research analysing 2500 species of plants identified Taraxacum kok-saghyz, a Russian dandelion species known simply as TK. Apart from its suitability in producing the right kind of latex needed for tyres, TK is easy to grow in temperate climates, and unlike rubber trees, which take seven years to produce, the dandelions can be harvested every six months. Commercialisation has just begun with the planting and harvesting of TK seeds in Ohio.

Continental is ahead of the game on that one and has been researching the use of the same Taraxacum species of dandelion for making natural latex since 2011. Native to Kazakhstan, the variety was singled out because it contains more rubber than any other dandelion. Continental made and successfully tested its first dandelion tyre, a Wintercontact TS 850, in the summer of 2014. Since then, it has also developed an award-winning bicycle tyre made using the natural latex, which it has branded Taraxagum. Like Goodyear, Continental is throwing considerable resource behind the technology and has been working with boffins at the Fraunhofer Institute for Molecular Biology and Applied Ecology, the Julius Kühn-Institute and the University of Münster. The research teams have been working with plant breeder ESKUSA and through selective breeding (rather than genetic engineering) have developed high-yielding, hardy plants.

The advantages of initiatives like these spread beyond the more obvious ecological benefi t of not relying on the rainforests’ rubber trees. As well as benefi ting a new industry, the production of the materials can be sited locally to tyre plants, avoiding the CO2 burden of transporting raw material from South America or West Africa to North America or Europe. Widespread use of the new materials is likely to start within the next 10 years. 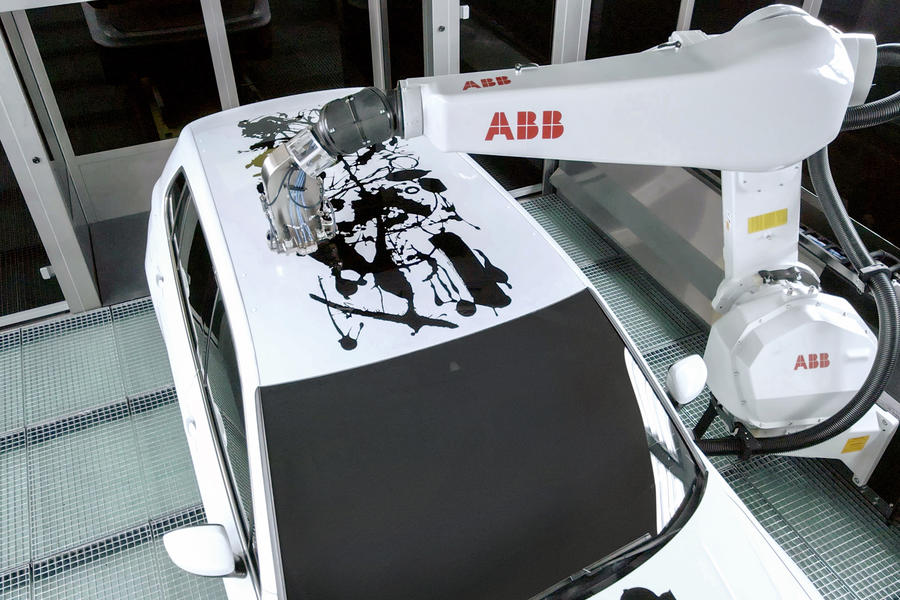 The art of Advait Kolarkar, aged eight, is already internationally acclaimed and his work now adorns the world’s first robot-painted Art Car. ABB’s IRB 5500 paint robots, with their 1000 nozzle printer heads, did the job in 30 minutes.

Russian Dandelions?hmmm, yes, let's get other brands to follow suit,oh, and cheaper!