BACK TO ALL NEWS
Currently reading: Under the skin: how car leather production is being made greener
UP NEXT
Rodin FZero: V10 weapon aims to be world's fastest car

Under the skin: how car leather production is being made greener

The leather made by Bridge of Weir has the lowest carbon footprint of any in the world, at 1.1kg of CO2 emitted per cow hide
Open gallery
Close

Leather has long been seen as the ultimate premium material for the interior of a car, but now pressure is on to improve the sustainability of its manufacturing processes and lower its carbon footprint.

That said, leather has a head start on modern materials in the sustainability stakes, because the raw material (cow hides) are a by-product of the food industry that would otherwise be dumped in landfill and is both bio-based and renewable. As the folk at the UK’s sole manufacturer of automotive leather, Bridge of Weir, like to say, leather is the ultimate upcycled material. The Renfrewshire firm’s own hides are fully traceable and all come from certified sources in Britain and Ireland.

When hides arrive for processing, they’re normally treated with chemical biocides to kill bacteria, but Bridge of Weir has developed an alternative to the traditional treatment in the form of a natural probiotic. This gets rid of unwanted bugs by a different mechanism: rather than being annihilated immediately, bacteria are attracted to the probiotics as a food source rather than the leather. After that, they’re killed off as a side-effect of further procedures.

Hides are transformed into leather by tanning, a process that cross-links collagen protein fibres together so that they become insoluble and extremely strong.

A worldwide favourite method of doing this involves the use of chromium salts, but it’s one that UK Reach (Registration, Evaluation, Authorisation and Restriction of Chemicals) is keen to see an end to. Bridge of Weir has used an aldehyde-based tanning system, but as aldehydes are also coming under the scrutiny of Reach, the company has been developing an entire portfolio of tanning processes that are free of both aldehyde and chromium. One practical benefit of doing so is that chromium-free processing creates shrink behaviour more suitable for covering instrument panels.

In the final stages, leather is normally finished with an ultra-fine polyurethane coating, so Bridge of Weir has a project investigating the use of a bio-based polyurethane to replace the traditional fossil-based material.

It has also developed a new hygienic anti-viral treatment that kills any virus within two hours and is initially aimed at mass-transit applications, such as aeroplanes and buses.

Bridge of Weir’s manufacturing plant has moved to more sustainable practices as well. Waste product from manufacturing goes through a gasification process to create steam that can be used to heat water or buildings. Oil, a by-product of the process, is used to make tallow and could potentially be used to fuel generators powering the plant as well. Larger vessels installed for the tanning process are considerably more energy-efficient than the outgoing originals and also help to lower the carbon footprint.

Leather may be one of the most traditional materials used in cars and one for which some manufacturers offer synthetic substitutes, but its environmental credentials look pretty good in comparison to plastic. It also gains patina as it ages, wearing in, rather than wearing out. 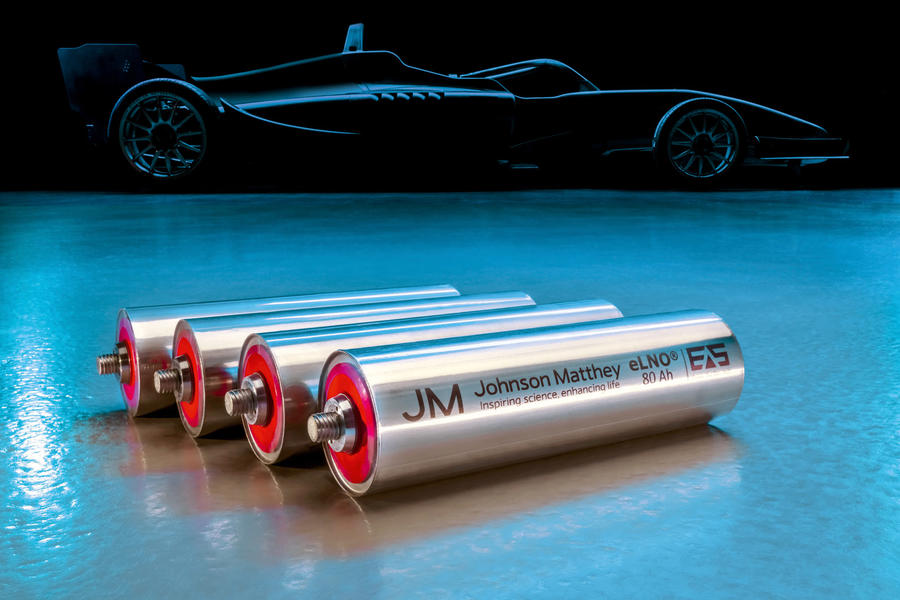 The material reduces the reliance on cobalt and increases energy density by 20% over the commonly used lithium nickel manganese cobalt (NMC) material. The cathodes are made using a dry (rather than wet) coating process, which reduces the carbon footprint of cells.

Is it just me?

I find it ironic that leather is seen as such a premium product and yet it can get scorching hot in summer and freezing cold in winter.

Not only that, but leather was used in the open seats of early cars, where the chauffeur sat. It was used because of its imperviousness to rain and so was much better suited than the velvet materials used in the cabin, where the car owner sat.