BACK TO ALL NEWS
Currently reading: Why UK roads are perfect for Vauxhall's vehicle development
UP NEXT
Rolls-Royce road trip: remembering the marque's epic seaplane racers

Why UK roads are perfect for Vauxhall's vehicle development

When it comes to chassis development, there really is no place like home, as Vauxhall-Opel's top tuner explains
Open gallery
Close

"All you need you will find here.” No, I don’t suppose that’s usually a phrase you’d associate with Bedfordshire, but here we are, by the roadside in this noble county, discussing the finer points of vehicle ride and handling.

The M1 drones in the distance. Woburn Safari Park is just down the road. It doesn’t feel like we’re in a European centre of ride and handling excellence, but don’t knock it.

I’m here with Michael Harder, head of chassis development at Opel and Vauxhall. And he’s not taking the mickey. “It’s the combination of primary and secondary events,” he says – in other words, the hard time our rubbish roads give a car’s suspension – that makes the UK so invaluable to what he does.

General Motors, parent company of Vauxhall and Opel, used to own Millbrook proving ground, near Ampthill in Bedfordshire. Today, GM retains a small engineering centre on this independently run site, but it’s the roads around the area that are more useful for Harder and his team – so much so that they usually informally base themselves at Vauxhall’s HQ in Luton rather than go through the high-security rigmarole of using the Millbrook facility. It’s real roads they’re interested in anyway. 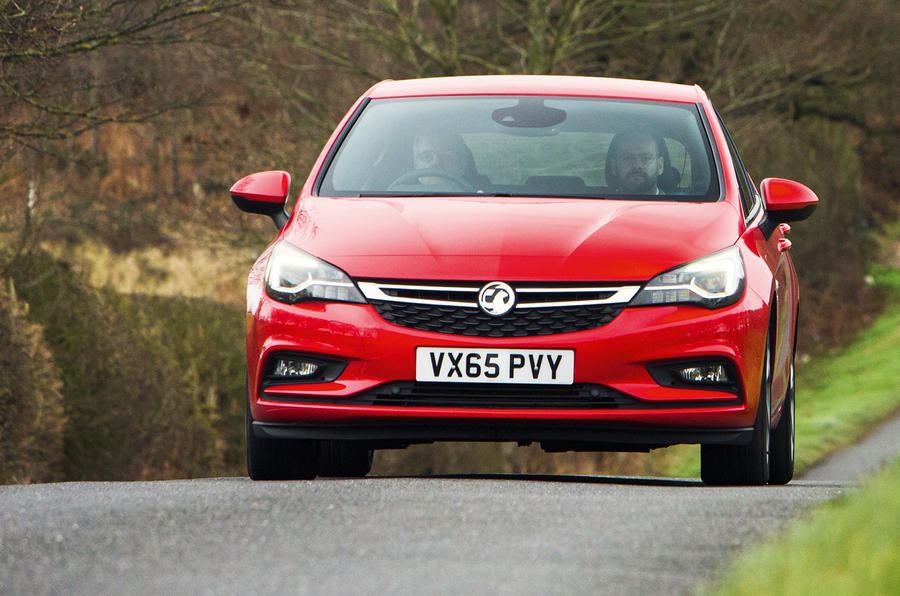 All new Vauxhall and Opel models have their suspension tuned and signed off in Britain – on these roads in Bedfordshire and around north Wales – as well as back in Germany. The roads are quieter in Wales than Bedfordshire, and faster, too, but when it comes to trying different iterations of suspension tune, it’s quicker to drive from Woburn to Luton and throw on some new dampers or tyres than it is to go from north Wales to Vauxhall’s Ellesmere Port plant, where the team base themselves when they’re there.

Besides, it’s tuning at speeds of  less than 60mph that Harder is interested in getting from the UK. “If you tune that right here, you only have to do highway tuning elsewhere,” he says. “At home [in Germany] you don’t get much back  at below 100km/h. A high lateral g only comes at a higher speed.”

Britain, Harder says, with its tighter roads and poorer surfaces, which might have multiple crests and bumps but, at the same time, rippled asphalt that’s different on each side of the car, is the place to tune ride, steering response and chassis agility.

“The driving speed feels much faster than it is because you have blind corners here,” Harder says. “You have to react quite quickly and so does the car.” Not that setting a car up for those roads is without its issues. “If you get it right at 100km/h, the car can be too darty at 180km/h,” he says. In the past, that has meant different chassis settings were chosen for UK cars and those sold in mainland Europe, but it’s a habit GM is trying to get out of.

“With electric power steering, you can tune that [dartiness] out,” explains Harder. “We are still allowed to have steering differences between UK and EU cars, but we try not to use them.” That seems sensible enough. During production, “it’s just an extra thing to cause confusion”. 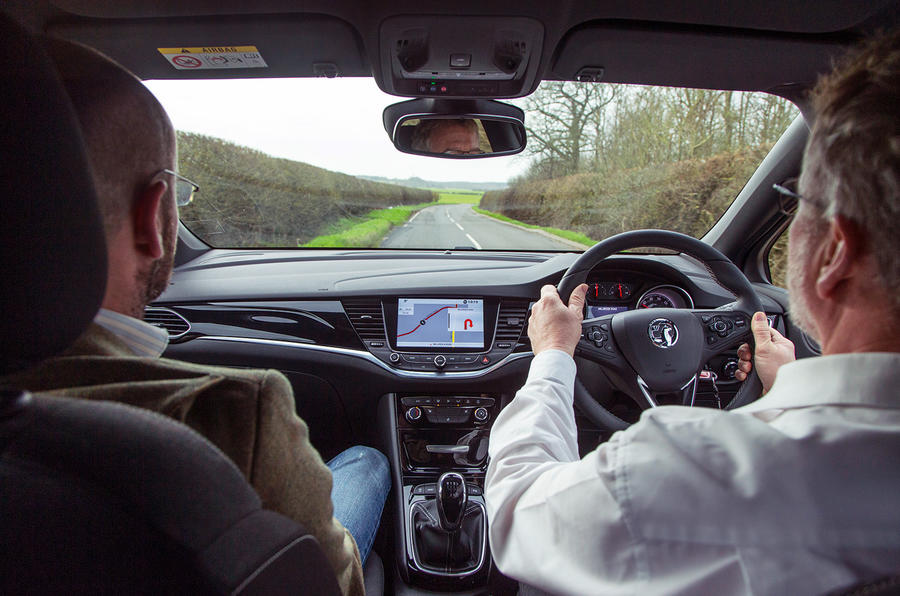 Likewise, Vauxhall-Opel is trying to do away with different chassis settings across its cars’ ranges wherever it can. “If we were asked to do a sports chassis, we could, but there isn’t a demand,” Harder says. When it came to Vauxhalls, SRi used to really mean something. These days, only VXR does, leaving SRi as just a trim level.

“Most people, let’s face it, go for the looks,” says Harder. Bigger alloy wheels and spoilers will do it for people, but apparently GM thinks they don’t need a ‘sporty’ feel to accompany it. “It’s frustrating, but 95% of them don’t care, so long as the car is within certain parameters.”

What defines these parameters are some of the really interesting, analytical bits about being a chassis engineer. Things like steering weight, ride quality and body control have an operating window of acceptability. For example, if the steering is too light, drivers won’t like it. Likewise, they won’t if it’s too heavy. GM calls these areas ‘loss functions’ and Harder says “the hard ones are where acceptability falls off both ends”, like with steering weight.

Some elements are only unacceptable at one end. “So, for example, you can’t have enough body control,” explains Harder, but you can have too little. However, if you tie a chassis control down too fiercely? “You get choppiness.”

Deciding what’s right and wrong among all of this relies on the skill of a chassis tuning team who can respond to what people feel. GM has a guinea pig group of employees who aren’t technically trained but who give their feedback. Harder and his team analyse what they say and use  the feedback to help set up their cars.

Apparently, it’s useful. There was a time, for example, when engineers thought people wanted really light steering while manoeuvring. “But for the past couple of cars, we haven’t set the steering to be very light at parking speeds,” says Harder. “At less than 5Nm [required steering force at the rim], nobody complains about steering effort.”

The upside of that is there’s more consistency to the rim as speeds rise. Worse than having to put in a bit more effort in town was the way the steering regained weight as speed rose, which it had to, to feel stable. “At 10, 20 or 30km/h, you’d have to have a step change in steering weight,” says Harder. The unskilled drivers might not have known what that change was, but they knew they didn’t like it.

The steering is still the hardest part of chassis tuning, though. Electric power assistance brings with it a lot of advantages over hydraulic steering – it’s more fuel efficient and there are more things that can be tuned, for example – but electric power-assisted steering (EPAS) isn’t without its problems. 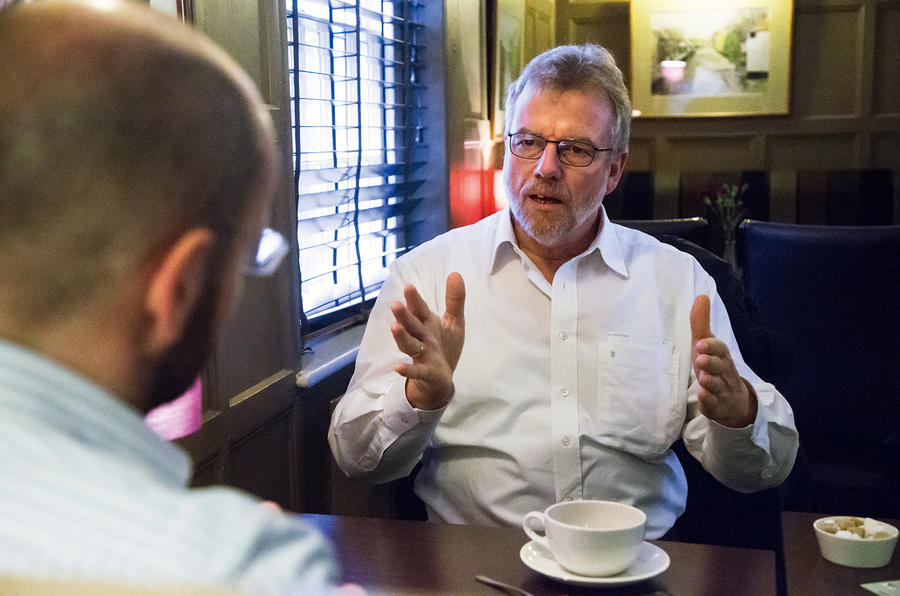 “An EPAS system has by nature more friction in it – maybe double that of an HPAS system,” says Harder. So it can naturally feel sticky. “But retuning that [so it steers more easily] eats returning forces,” he says. That means the steering is less likely to wilfully self-centre – and that’s a very natural-feeling thing, which good cars do well. “You can overcome that by increasing castor [angling the tops of the struts back so the wheels centre more obviously] but there’s a limit: there’s A-pillar encroachment, and with more castor, the forces required to steer go up. So you need a bigger electric motor, which means more friction again.”

Friction compensation, Harder says, is the most difficult thing to get right, dynamically. But like everyone else, he’s wedded to electric assistance; fuel economy pressures rule out a return to hydraulic steering. “And besides, none of our engines have pulleys on any more.”

Chucked in to all this compromise are the different wheel and tyre sizes that are so prevalent in Europe. “In the US and elsewhere, tyre sizes are usually fixed,” says Harder. “Europe is different. We tune for a volume tyre because the car has to be forgiving for tyre changes. The 17in wheel is what we think is the volume tyre.”

The 17in wheel – as fitted to our test Vauxhall Astra – is Harder’s preferred dynamic set-up. “The vertical rate [ride harshness] goes up with the wheel size, so for a ride/handling compromise, the 17in wheels I like,” he says.

Bigger wheels not only have lower-profile tyres but are also heavier, which affects ride quality too. “You can buy your way out with more expensive, lighter wheels,”  says Harder. “When tuning the VXR/OPC, I tested light 18in forged and Insignia non-forged wheels and was amazed at the difference.” But? But the cost isn’t possible to wear. “Not on a compact car,” he says. And so the compromise goes on, on a road near you.

Does make you wonder why

Does make you wonder why Renault caved into the designers by fitting mandatory 20" wheels to the new Scenic. Can the compromises possibly be worth it?
Jon 1972 19 March 2016

230SL, the article pretty much makes it clear that GM tests here because our roads are of a really poor quality surface finish. The warranty issues with early X5s on 18"+ wheels with run flats and the number of warranty suspension issues in the UK indicate that big wheels and UK roads aren't necessarily a good match.
Mikey C 19 March 2016

Great article that, it shows

Great article that, it shows the compromises and hard choices that have to be made in the real world
View all comments (10)