BACK TO ALL NEWS
Currently reading: Volvo ramps up emissions targets with large-scale component reuse
UP NEXT
Hyundai Ioniq 5 vs Skoda Enyaq: the best family EV for £40,000?

Volvo Cars is planning a 2.5 million-tonne reduction in its annual carbon emissions by reusing and remanufacturing components on a large scale.

The process, which it calls a “circular business principle”, will include recycling key materials such as steel and aluminium, remanufacturing complex components like gearboxes and reconditioning individual parts.

Volvo is also collaborating with battery reuse specialist Battery Loop to investigate the potential for a second life for high-voltage EV and hybrid batteries, all with the intention of becoming a ‘fully circular business’ – using entirely recycled parts – by 2040.

Anders Kärrberg, Volvo Cars’ head of strategy and sustainability, said: “There are major sustainability benefits of doing this. If you compare a new part with a remanufactured part, you save about 85% of the CO2. There are major benefits in terms of reducing consumption of the virgin material, too.” 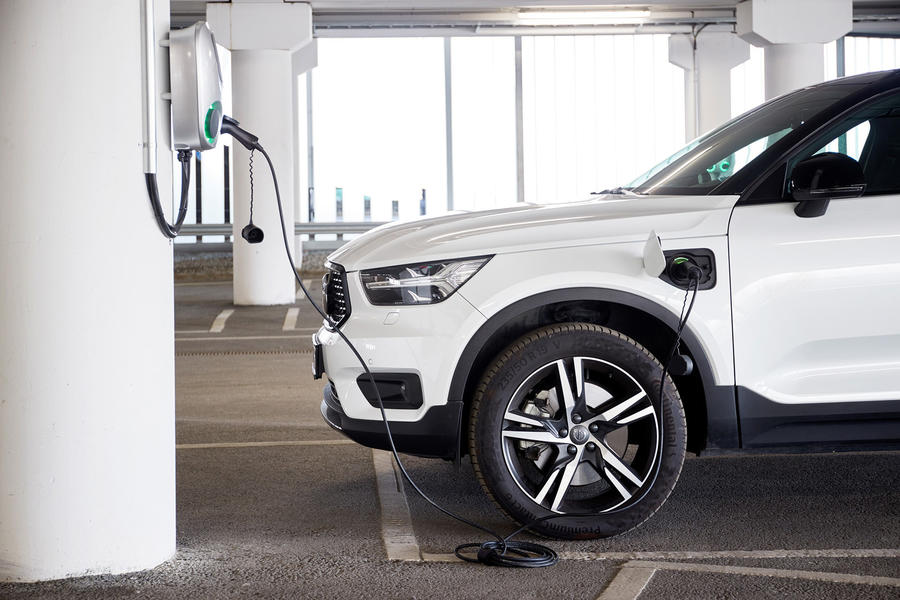 Kärrberg explained that parts such as calipers could be remanufactured three or four times, extending their life to 20 years before being superseded during the evolution of design.

He said: “We’re on the track of doubling the consumption of metals and minerals in the next 40 years, and we’re generating more and more waste. This is simply not sustainable. It’s not just that we’re generating waste materials: we’re also generating a lot of CO2.

“In order to reach the Paris Agreement and reduce CO2, we have to do more recycling and remanufacturing. This is why companies like Volvo are in for a fundamental change.

“A circular economy will be important, but we do see a business opportunity in this and financial benefits in more efficient use of materials and remanufacturing. It’s good for the environment, but it’s good for business as well.”

Giving high-voltage batteries a second life once their capacity has reduced too far through age and use for them to satisfactorily power an EV is widely regarded throughout the car industry as being a sound method of reducing the environmental impact of battery production.

Volvo’s director of traction battery development, Ulrik Persson, believes doing so could extend the life of an EV battery to as much as two decades or even more. Pure EV batteries are worked hard through the aggressive cycling they undergo.

He said: “Fast charging is an example of aggressive cycling, as is high-speed motorway driving, where you run the power through the battery system very quickly during charge and discharge.”

Second-life applications can be far less aggressive, with much gentler demands being made on the batteries for stationary applications, such as grid balancing – the storing in batteries of surplus electricity that’s generated off peak, to be fed into the grid during peak periods at a battery-friendly rate.

Using old EV batteries for grid balancing is a valuable addition to sustainable energy generation from wind turbines and solar panels, which may harvest large amounts of energy when demand is low.

“Battery systems need to be dimensioned to each application,” said Persson. 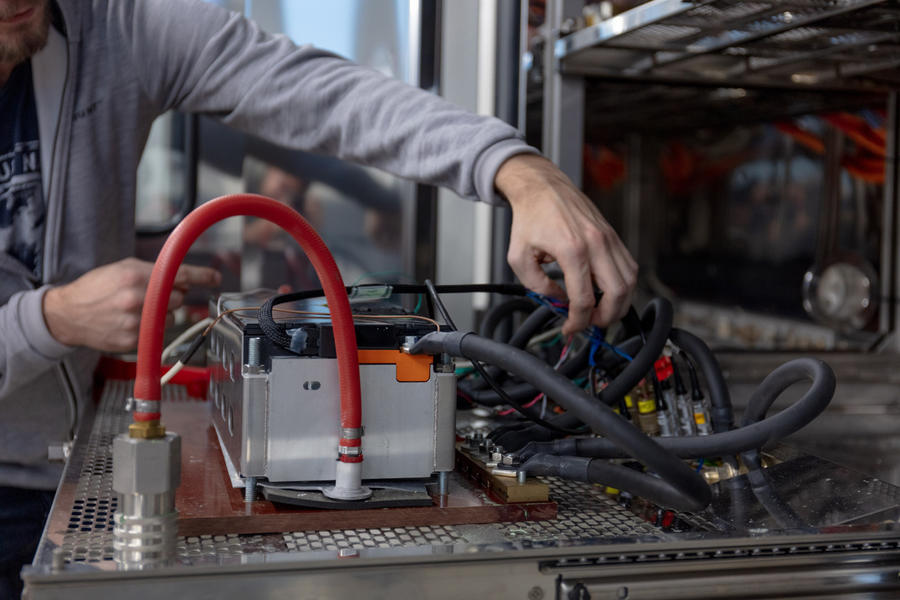 The battery capacity used in a particular application will determine how deep or shallow the cycling is. Too much is wasteful; too little will result in deep cycling. As long as the battery system isn’t deeply discharged, and instead just part of the available capacity is used, Persson believes the prospect for extended life is good.

He said: “The design life for our battery systems is 15 years. I think the life of the battery could be extended for an additional five or maybe 10 years if the battery is used in the correct way. Time will tell and other factors will play a part. The battery degrades not only from cycling but also ageing and temperature.”

Once batteries do reach the end of their life, the aim is to retrieve and recycle as many materials as possible.

To achieve the circular economy, we must treat all ingoing materials as precious, and we’re participating in extensive research into hydrometallurgical extraction of the battery materials at Chalmers University in Gothenburg,” said Persson.

Log in or register to post comments
Andrew1 5 June 2021
Yet another reason to buy German. I mean, besides not being German, as if that wasn't bad enough, now they put used parts in new cars? Imagine if the neighbours are aware, you are going to be a laughing stock on every Sunday roast.
Will86 4 June 2021

Surely the best solution is to make cars last longer and make them simpler. That would be better for the environment. I find all this comment on sustainability from a company focused on selling premium suvs a bit hollow. As for recycling all that steel, that's just done to save money, not to save the environment.

Anyone else not want remanufactured parts on their brand new car? Lack of development/progress, can they fully check the part for wear and cracks, just how many parts will be used - green washing for parts as a message rather than real environmental benefit?

All for reusing parts in used cars, but on new ones not so keen.