BACK TO ALL NEWS
Currently reading: Volkswagen electrifies classic Type 2 with e-Golf powertrain
UP NEXT
New Hyundai Bayon to launch in 2021 as entry-level crossover

Volkswagen of America has unveiled an electric version of the iconic Type 2 Microbus, fitted with the 134bhp powertrain from the e-Golf.

The one-off conversion was undertaken in collaboration with EV West, a Californian electric car specialist, with the aim of "showcasing the possibilities of the e-Golf powertrain to motivate classic VW models".

The van is visually unmodified, sporting its original raised stance, two-tone paint and minimalist interior, with obvious changes limited to the addition of a charging port behind the fuel filler flap and removal of the 59bhp air-cooled four-cylinder petrol engine.

The e-Golf powertrain has been carried over largely unmodified, with Volkswagen claiming that the Type 2’s independent rear suspension setup “makes a perfect mate to the transverse driveline”. 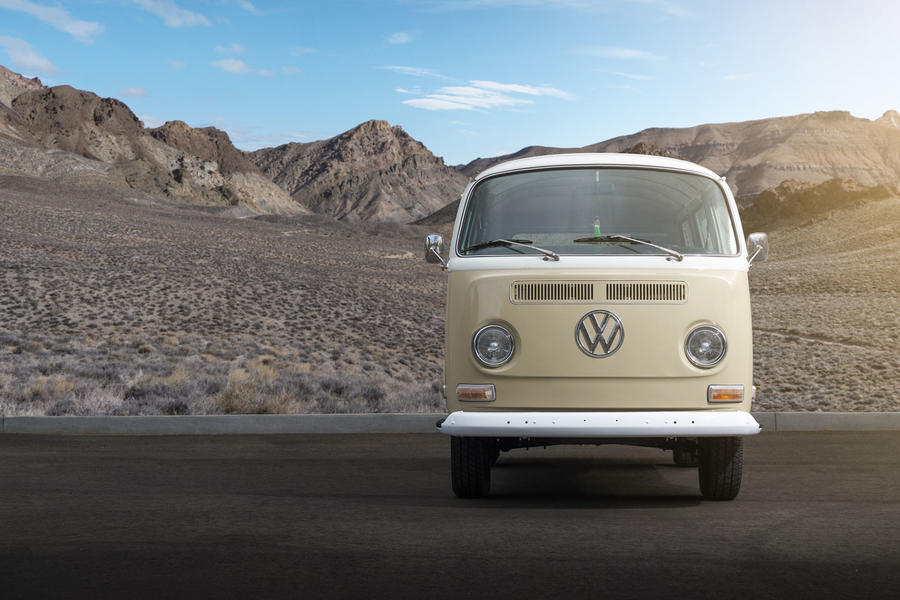 While the e-Golf achieves a WLTP-certified range of 144 miles, the converted Type 2 is said to be capable of only 125 miles, due to its increased weight and lower drag coefficient.

The van’s four-speed manual gearbox has been removed to make way for the e-Golf’s single-speed unit, with the 35.8kWh battery housed in specially designed fireproof boxes under the front seats, where the fuel tank once sat.

Volkswagen will also replace the Type 2’s analogue gauge cluster with digital dials to better allow the driver to monitor outputs and states of charge.

In September, Volkswagen revealed an electric Beetle Cabriolet, created by conversion firm eClassics and powered by the 81bhp powertrain from the original e-Up.