BACK TO ALL NEWS
Currently reading: Toyota's new bZ electric cars will be "a new breed of vehicles"
UP NEXT
2024 BMW X3 primed to take on Mercedes-Benz GLC

The Japanese brand plans to launch 15 new battery-electric vehicles by 2025, seven of which will wear the bZ (Beyond Zero) nameplate - which is comparable in its conception to Mercedes' EQ brand, Hyundai's Ioniq models and Volkswagen's ID family.

"We have decided to create what we can call a 'sub-brand': a new breed of vehicles [...] with quite consistent design language and, ultimately, a consistent consumer experience," explained marketing and product development boss for Toyota Europe, Andrea Carlucci. "And fundamentally, this breed of vehicles will belong to a family which cannot be associated to other vehicles."

That means that, while the new bZ4X concept is of a similar size - and bears a considerable resemblance - to the conventionally fuelled RAV4 SUV, bZ cars are not intended to replace legacy models, nor are they set to be sold as electric versions of existing models. Each will be based on the new e-TNGA electric vehicle architecture, which Toyota has developed in partnership with Subaru.

There are four 'pillars' underpinning the bZ brand and which will be common to all models: renewable energy usage, advanced connectivity, spaciousness and positive societal impact. They will also have a "quite consistent design language" and "consumer experience", according to Carlucci.

"The vehicles will give a strong priority to the interaction between man and machine: the meter [digital display] is positioned above the wheel, the concept has the butterfly-shaped steer-by-wire device, there's the driving position. 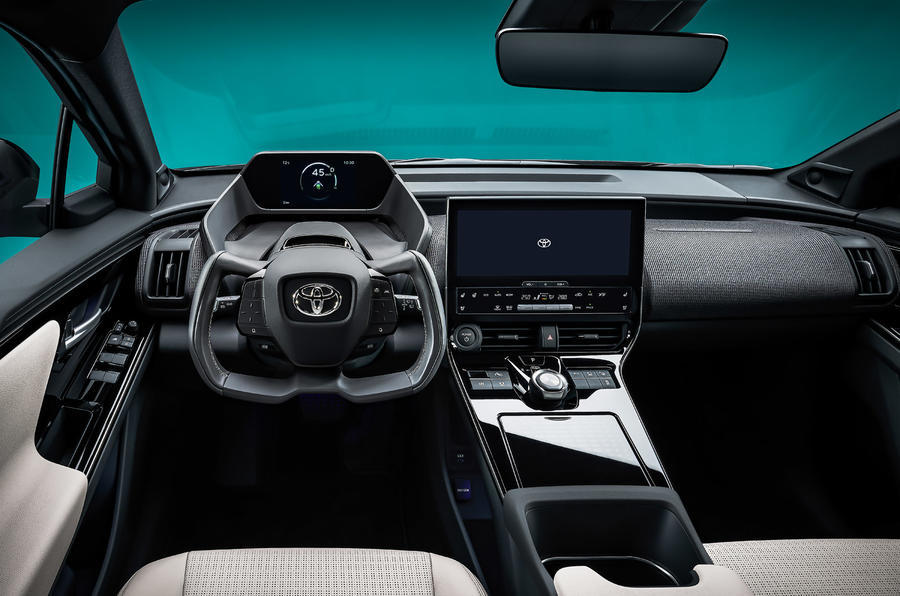 "But also, because of the dedicated platform, the interior space can be managed in a different way versus ICE or even hybrid vehicles. All the occupants in the vehicle can share the same experience, and have the same point of view, as the driver in certain elements."

Under the surface, Toyota's electric cars will be marked out from rivals, Carlucci says, by giving "what is promised" in terms of range. The brand has considered a range of possible usage patterns and operating environments for its EVs, and claims to offer "reliable, lasting performance" even in cold climates. The bZ4X

"This is where, fundamentally, we want to say: 'if you promise X kilometres, it's not about promising something which - on paper - is hard to get in reality. That, for us, is quite critical, and this will be the signature of this new breed of vehicles in the bZ sub-brand," he said.

A range for the bZ4X has not been given, but a solar panel has been integrated into the roof for off-charge energy top-ups, and will likely be carried to production.

Toyota to ramp up EV plans with six global models​

Let's hope the rest look as exciting and expressive as the bZ4x.