BACK TO ALL NEWS
Currently reading: Toyota Land Cruiser gains more power, new technology for 2020
UP NEXT
2022 Audi E-tron set for major upgrade

Toyota has given the Land Cruiser SUV a new engine, bringing improved performance and efficiency, and introduced a streamlined trim level structure.

The new turbocharged 2.8-litre four-cylinder diesel engine - recently added to the Land Cruiser’s Hilux pick-up truck sibling - is the same size as the unit it replaces but raises power from 174bhp to 201bhp and torque from 331lb ft to 369lb ft.

The added power cuts the Land Cruiser’s 0-62mph time by as much as 2.8sec, depending on specification, but Toyota claims fuel economy has been “slightly improved”, because stop-start functionality is now fitted as standard across the range.

Additionally, the new engine is RDE2-compliant so qualifies for a lower tax rating than its predecessor, meaning buyers can save £325 in the first year of ownership.

Alongside the new motor comes an overhauled trim level structure comprising two equipment grades each for the standard car and the two-seat Commercial variant. 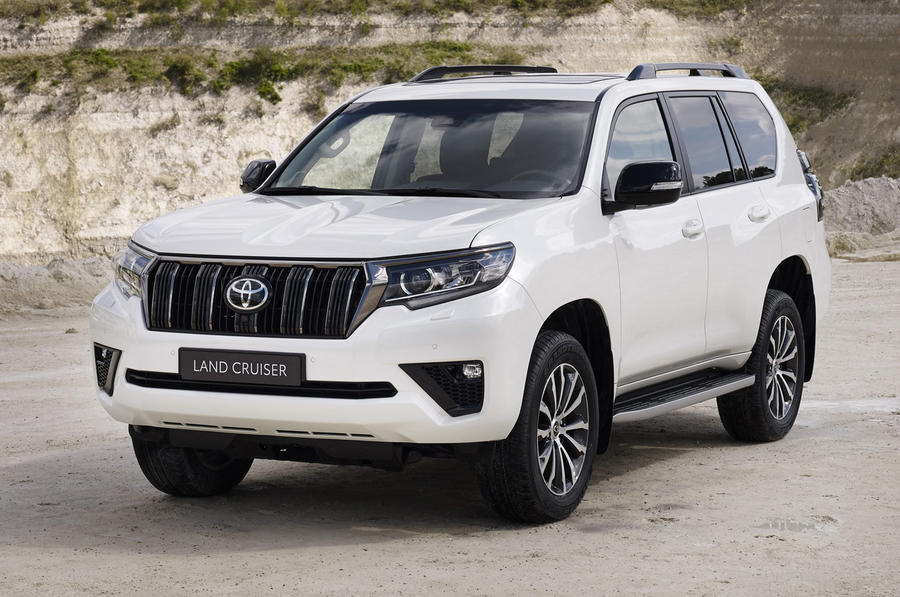 The passenger car range begins as before, with Active, which is available with a choice of three or five doors and five or seven seats. Priced from £42,345 (an increase of nearly £2000), it’s equipped with an 8.0in touchscreen, smartphone integration, 17in alloy wheels, keyless entry and heated wing mirrors as standard.

The Invincible can also be specified with the optional Black Pack, which brings black grilles, mirror casings, light surrounds and side mouldings, as well as clear lenses at the rear.

The Land Cruiser Commercial can be specified in entry-level Utility grade from £35,925 or Active - which now comes equipped with Android Auto and Apple CarPlay as standard - from £42,175.

Toyota has also upgraded the Land Cruiser’s advanced driver assistance functions. The pre-collision warning system can now detect pedestrians and cyclists, while adaptive cruise control function and lane-keeping assistance are now standard. The infotainment system has been tweaked, too, now offering a customisable homepage and responding more quickly to inputs.

Toyota’s rough-and-ready, old-school, unstoppable 4x4 gets a bit less rough-and-ready. Likeably simple and functional, and worth considering if you need a genuine dual-purpose SUV

Order books are now open for the updated Land Cruiser, with customer deliveries set to get under way in October.

Great - I can buy two for the price of a Defender

Great - I can buy two for the price of a Defender

But then you'll only have a 2 seater - not so great

Still an absolute steal compared to the Defender. And much more capable and reliable. No wonder Landcruiser is the worlds best 4x4xfar

Still an absolute steal compared to the Defender. And much more capable and reliable. No wonder Landcruiser is the worlds best 4x4xfar

Do we know how unreliable the

Do we know how unreliable the new Defender is? And could you live with that interior over the Defenders?